This Mother Is Fighting For Her Life After Sustaining Severe Head Injuries In Tragic Accident | Milaap
Receive tax benefits by donating to this cause. 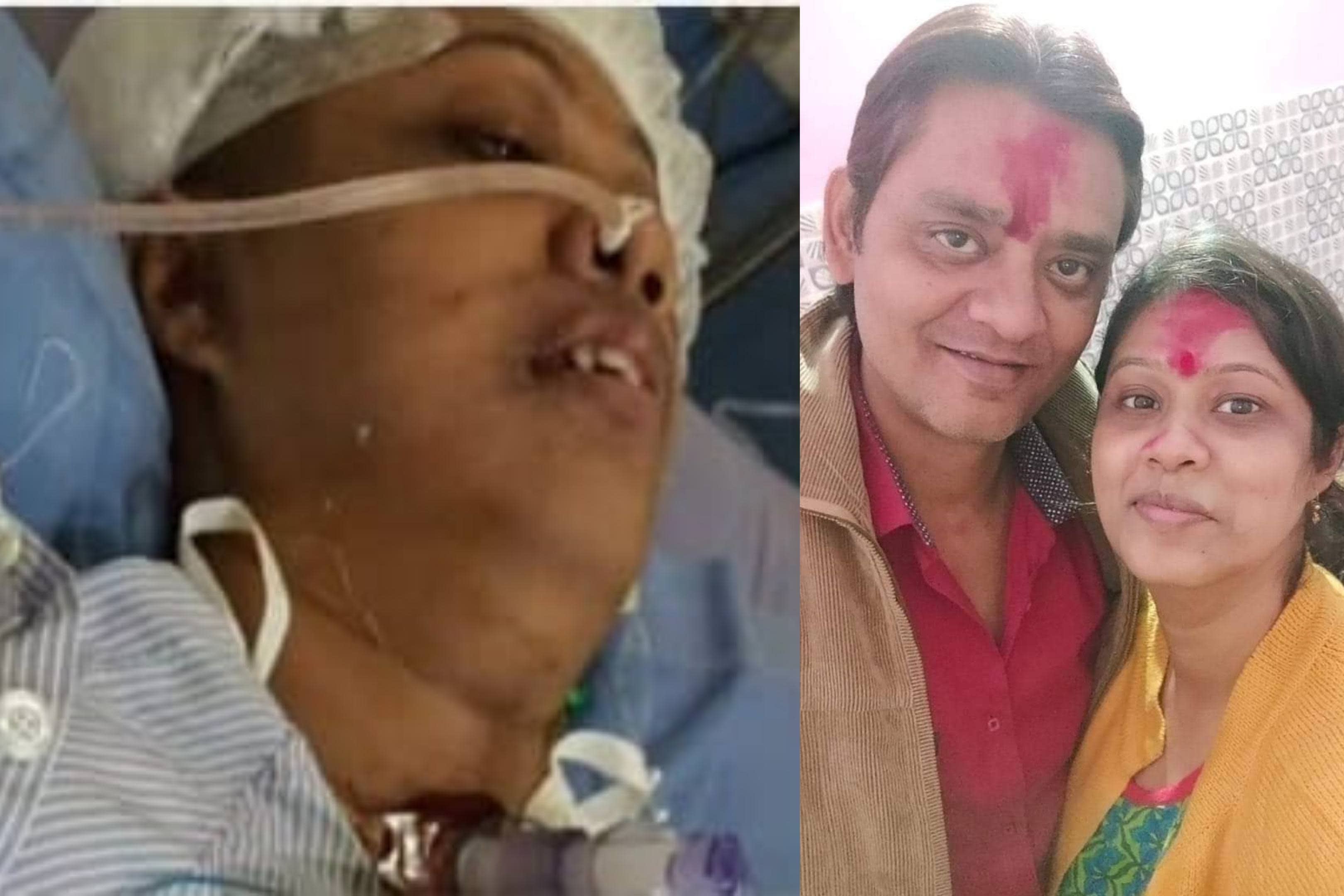 A celebratory function turned into a nightmare for this family on the night of May 15, when an autorickshaw crashed into their bike. Despite wearing a helmet, 40-year old Paramita, flew off the vehicle and hit her head brutally, and has been on ventilatory support for the past 17 days.

"We were knocked out of our senses when the auto hit us out of nowhere. My wife was sitting behind me and bore the maximum brunt. Seeing my daughter and her bleed so profusely, everything went blurry in front of my eyes. With the help of locals, we somehow reached the hospital and I thought maybe my wife will be saved. But when they informed me about her haemorrhage and asked me to sign the consent form to operate on her brain urgently, my hands started trembling. When they came out with a part of her skull, it felt like a huge blow to my chest because of the fear of losing our pillar of strength, at any moment." - Kuntal, husband

Due to this road accident, Paramita had to undergo 2 emergency decompressive brain surgeries to remove a part of her skull because of the pressure that this injury had built up in her brain. It's been 17 days and she is extremely critical on ventilatory support. She also had a tracheostomy to help her breathe through the tubes as her airways were obstructing her breathing.

Currently, she needs continued life-support in ICU to bounce back, but Kuntal cannot bear INR 11 lakhs more to keep her treatment going.

Unaware that her mother is critical in ICU, their daughter thinks she has abandoned her

Torn between being a husband and a father, Kuntal doesn't know how to manage his world without Paramita's support. Ever since the incident, their 9-year old daughter keeps asking him about her mother. But he doesn't have the courage to break this devastating news to his daughter. Kuntal is consumed with guilt for separating a daughter from her mother, and blames himself for going out on that tragic night.

"Whenever I bandage her bruises, she keeps telling me that if Ma was here she would kiss her wounds and all her pain would go away at once. Sometimes, she breaks down and asks me crying if her Ma has abandoned us because it's been 17 days and she hasn't seen her mother after that traumatic accident. She skips her meals and keeps waiting near the phone thinking her mother will call her any moment now. But I'm terrified to tell her the truth because seeing Paramita, with her eyes rolled up and lifelessly attached to those tubes, will crush my daughter." - Kuntal, father

Only with your help can this mother and wife, reunite with her family

Paramita has not given up yet, and Kuntal knows that she will put up this fight till the very end to be reunited with her daughter and husband. Kuntal was hopeful that their insurance would cover her medical expenses, but all of it was used up in just a single surgery. Now he is devastated because the lack of money can destroy his entire family.

"My business crashed during the lockdown and we were barely managing to run our household, let alone my wife's medical expenses. They tried to wean her off the ventilatory support twice but her vitals started fluctuating severely and she has to be put back on it. Every day lakhs of bills are mounting up and my neighbours and well-wishers have come forward to help Paro keep fighting. But how long can they even support me, when they have their own families?" - Kuntal, husband

This family is now at the mercy of your kindness to help them save their beloved Paramita. Seeing her in this vegetative state has been extremely tough for her family, but the only hope they are living on right now is - your help. A mother and a wife, who was a victim of an unfortunate accident, needs another chance to reunite with her family.