They Would Do Anything To Save Their Daughter, Even Give Up Their Own Lives | Milaap

They Would Do Anything To Save Their Daughter, Even Give Up Their Own Lives 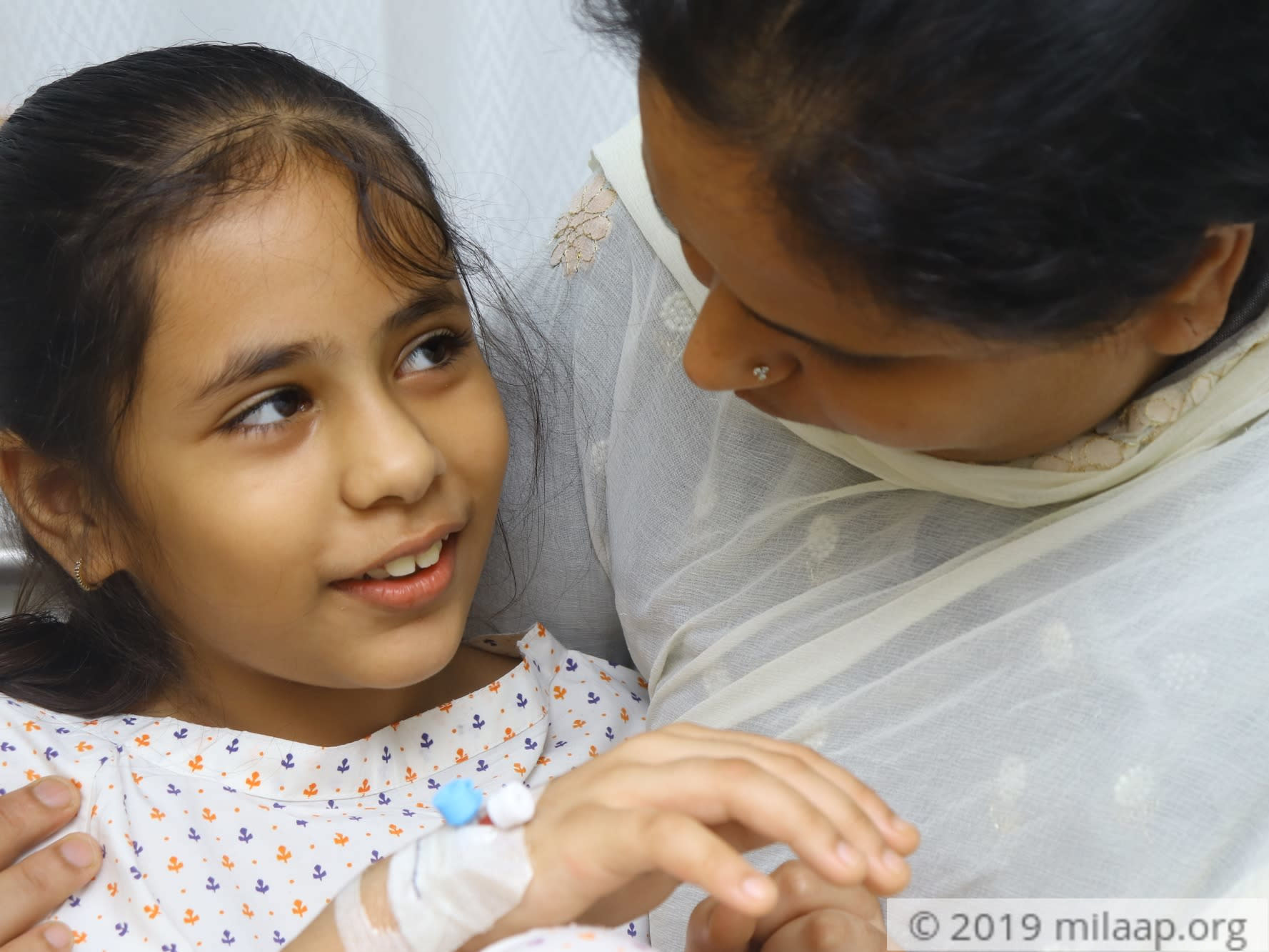 Share
You wouldn’t know she’s got a hole in her heart, that she doesn’t have very long left, just from looking at her. She still loves laughing and making other people laugh. The doctors told her she can’t exert herself much, though. So whenever she wants to tell me a joke – usually when she catches me looking sad or starting to cry – she asks me to come closer, and whispers the joke to me. I end up laughing so hard that the nurses frown at me.
She’s my favorite person in the world, my Pakhi. The source of all the happiness and joy in my life.
She’s dying in front of my eyes now, and I can’t do anything about it.
– Manoj, father

Little Pakhi was just 8 years old when she was diagnosed as having a hole in her heart. She had been competing in a race at school when she collapsed all of a sudden. Her parents and teachers had rushed her to a local hospital where initial tests showed nothing of concern. It was only after the second time she collapsed a week later, just playing at home, that the doctor checked her heart and found the hole.

“Doctors told us a surgery is the only solution. For the past year I’ve been trying to come up with the money for it, working as much as I can, but I need so much more than my job as a delivery man can earn me. I can’t get any loans because I don’t have anything for collateral. And my family is of no help; the instant they told me to stop wasting money on my daughter and start trying to have a son instead, I cut off all ties with them.”
– Manoj

Little Pakhi has very little time on her hand

Over the past year, Pakhi has gotten more and more weak. She can barely move around now, and the slightest of exertions make her breathless. Even sitting up suddenly can make her dizzy and become unconscious. Without urgent surgery, at best, she’s at high risk for having a stroke, and horrible lung infections. At worst, she may pass away.

“It’s just not fair. She’s just a child. We both would trade our lives for hers in an instant, but we can’t. Please, please save my daughter. Please…”
– Aarti, mother, breaking down

You are now these parents’ only hope. Don’t let a hole in their precious child's heart create a hole in their lives. Please contribute as much as you can, and help save little Pakhi.
PJ
Patient Pakhi Jain is 9 years old, living in New Delhi, Delhi
IA
Being treated by Dr Muthu Jothi in Indraprastha Apollo Hospital, New Delhi, Delhi