His Parents Struggled For 5 Years To Save His Life, Now He | Milaap

His Parents Struggled For 5 Years To Save His Life, Now He Has No Time Left 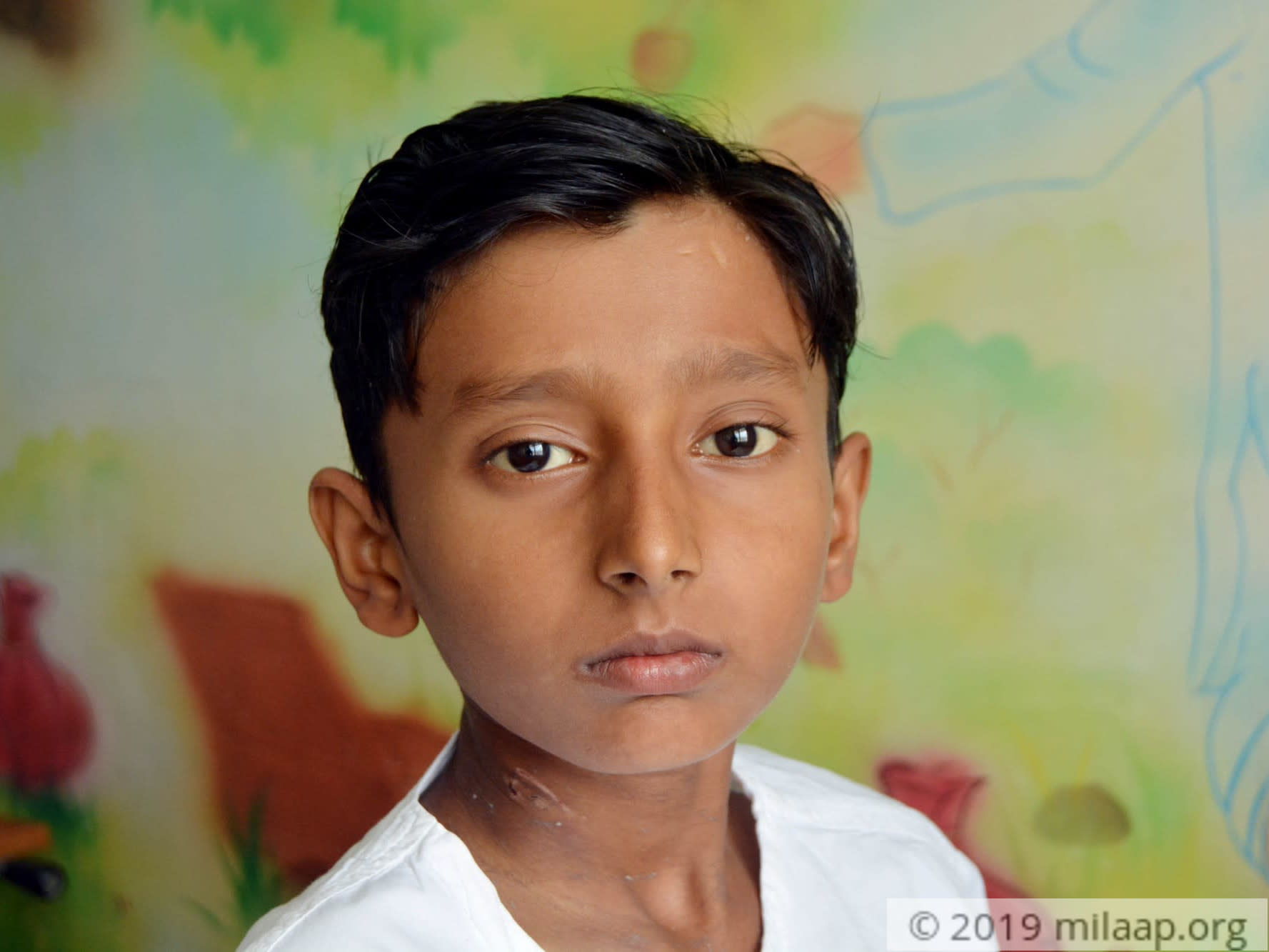 Share
“He urgently needs to be admitted but we do not have the facilities, you need to hurry him to another hospital.”
With high fever, low blood circulation, and great risk of losing him on the way, Narayan and Surekha rushed their son to the nearest hospital which was 200km away from their village.
“We were so scared. He was slowly closing his eyes and we tried to keep him awake, we kept talking to him but by the time we reached the hospital he fell unconscious. They took him to the ICU immediately but by then he slipped into a coma…”
- Surekha, sobbing as she thinks of that night

Om was diagnosed with liver disease when he was six and the parents were told that he would need a transplant without which he wouldn’t have much time. But the cost of the transplant was so much that they had to choose the second option - the one that would prove more painful for Om.

“We didn't want to delay his transplant, we just had no choice. Rs 20 lakhs? We didn’t even have Rs 20 at that time. After that, ignoring our own health, we kept working hard every day to earn that extra rupee. Now that he is in end stage of the disease we are still helpless.” - Narayan, father

They sold their land and work as daily-wage farmers now

For 5 years, Om was under medication and had to go for regular monthly checkups. Narayan's life boiled down to earning enough money every month to afford his son's medical care.

“We had to travel hundreds of kilometers for the checkups and every time it costed us so much. My husband and I used to skip meals and avoid every expense we could. But now, despite all our efforts...” - Surekha, mother

Old picture of Om
Narayan and Surekha are farmers, who once owned some land but had to sell it to continue with Om’s treatment. Now they work on others' lands and don’t even make enough for their daily expenses.

He fears he might never go back to his sister again

Om and his sister Divya are very close to each other. They play together, go to school and study at home together; they are inseparable. Now, he just sits in silence. He knows about his condition and fears that he might never get to see her sister again.

“He is still too young to know what death is, and I can’t imagine what he must be going through knowing that he might… It’s all because of me. If I had more money...” - Narayan

Om has been admitted in the ICU today, his platelets have decreased and his liver has completely failed. He needs the transplant at the earliest which is costing them 15 lakh rupees. He needs your help. Even the smallest of contribution from you can save his life.
ON
Patient Om Narayan Marge is 11 years old, living in Mumbai, Maharashtra
JH
Being treated by Dr kunal in Jupiter Hospital, Mumbai, Maharashtra