7-Year Old Is At Risk of Losing His Legs To A Severe Infection, He Needs Urgent Surgery | Milaap
Receive tax benefits by donating to this cause.

7-Year Old Is At Risk of Losing His Legs To A Severe Infection, He Needs Urgent Surgery 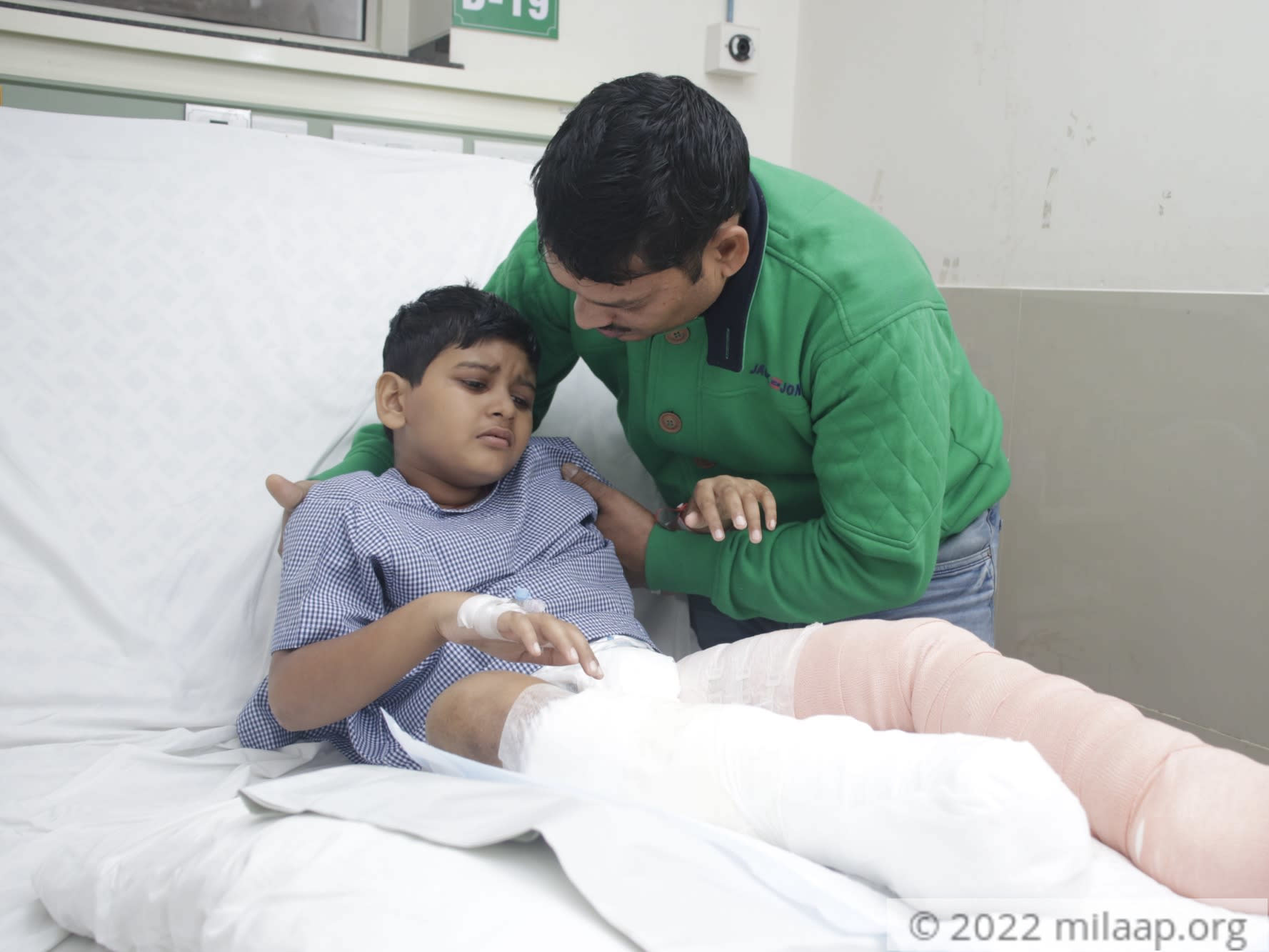 Share
7-year old, Nilamadhab, ended up being critical in the ICU after a strong reaction from steroids administered to him. He had to be airlifted from Bhubaneswar to Delhi urgently for surgery.

"His toes started turning black so the doctors gave him steroids. It immediately reacted and his entire body started swelling up. Within moments, he became unresponsive and had to be shifted to ICU. The wrong treatment almost killed my son and ended up with both his legs being plastered. Only option left was to borrow money and airlift my son to Delhi because there was no time left to save his life."- Lakhimpriya, mother

Nihar is a farmer but due to financial crunch they performed in local functions to earn extra income. Little Nilamadhab performed alongside his father too and was everybody's favourite. In November, he started complaining of frequent leg pains and his foot started getting infected. In his hometown, nobody could detect that his muscles were under immense pressure and restricting the blood supply to his toes due to Compartment Syndrome.

His other surgery was delayed when he tested positive for COVID

Nilamadhab had already undergone a surgery called Fasciotomy in December. Unfortunately, he tested positive for COVID and the doctors had to halt his further treatment. He needs another surgery to cover his open flesh with skin and to amputate his infected toes.

"Only after coming to Delhi, we found out about his disease and they took out some muscles from his legs. Both his legs are plastered and since two months he can't move at all. Just when we thought his recovery would start now, doctors informed us that he needs another surgery to cut off his toe fingers otherwise the infection will spread to his legs too."- Nihar, father

If the infection spreads to his legs, they might have to amputate it

After spending lakhs of money, Nihar doesn't know whom to go to now. He needs 15 lakhs more for Nilamadhab's surgery urgently as further delay would mean the infection spreading to his legs too.

"God forbid, if his infection spreads then they might have to amputate his legs too. Nila wouldn't be able to bear that trauma. He loves performing with his Baba. I miss how we used to practice balancing exercises before our performance and now to see him not being able to move his legs, breaks my heart."- Nihar, father

At 7 years of age, Nilamadhab has been completely bed-ridden yet fighting very bravely to recover. He is longing to play with his 5-month old sister whom he hasn't seen for months. His parents are helpless because despite his indomitable spirit, they need money to be able to get their son back on toes. All this is now possible only with your support.