Without An Urgent Transplant, His Parents Are Terrified His Stomach Will Just Burst | Milaap

Without An Urgent Transplant, His Parents Are Terrified His Stomach Will Just Burst 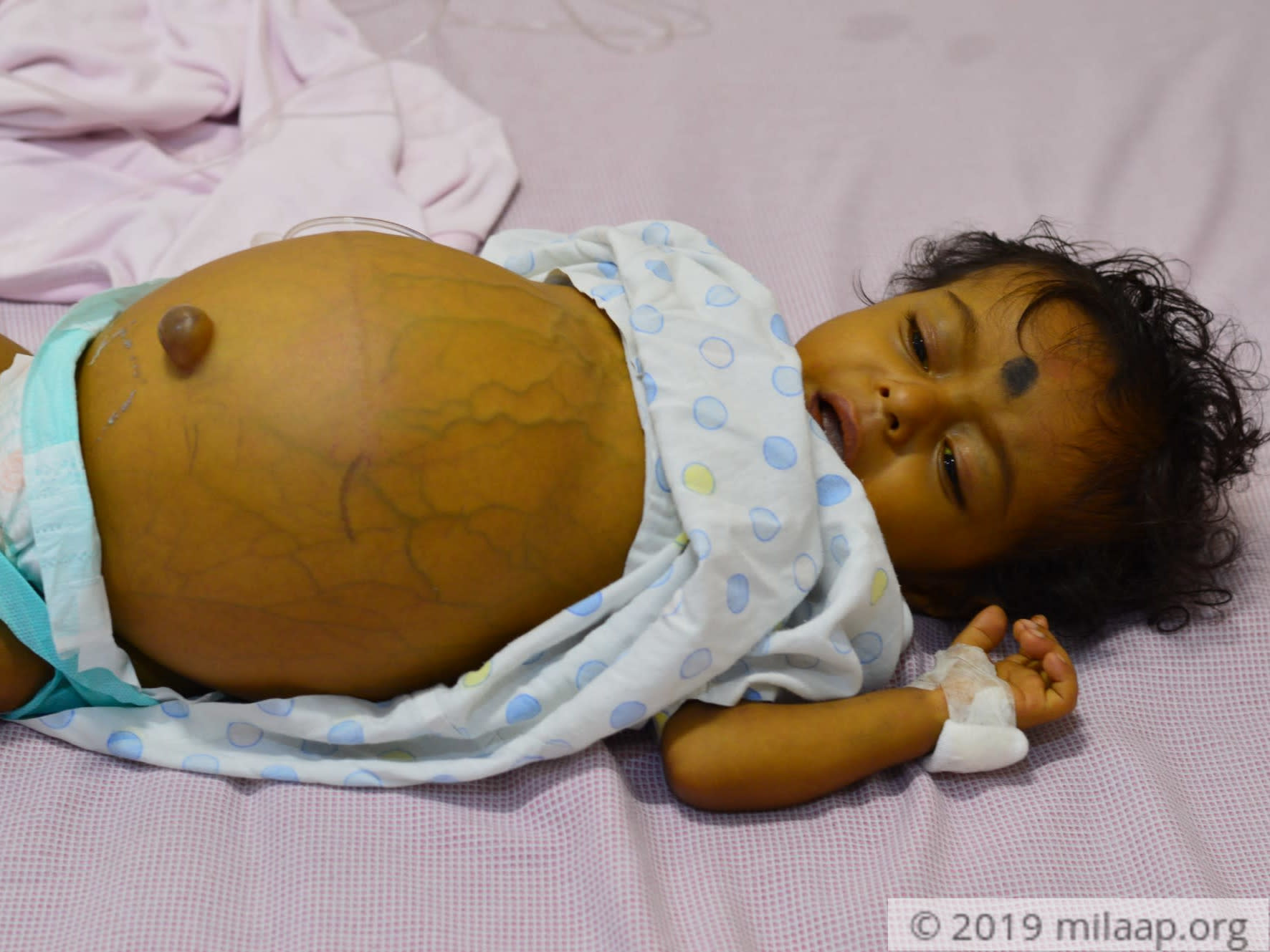 Share
‘’We’ve been running back and forth from the NICU for the past 6 months, doing whatever we can to save my boy. But his condition is getting worse. Yesterday a nurse said
If your son doesn’t get a transplant within the next two weeks or so… I’m not sure if he’ll ever get to leave this ICU...
Up until then, I was full of hope. Or maybe denial. I kept thinking he’ll just get better, we just have to wait. But after hearing that… Now I’m desperate. I can’t lose my son. He’s my first child, and he doesn’t deserve any of this. He’s just a baby! Please, please help me…”
– Eeshita, mother
This first-time mother’s nightmare started when Neelabjo was just a month a half old. Both parents noticed that their little one was turning slightly yellow in color. When they took him to a hospital they were told not to worry, that it was just infantile jaundice.

“They said it’ll go away in a month or two…”

With some meds they were given to make Neelabjo better, they had gone back home relieved. Eeshita had never guessed that this was the beginning of something much larger than infantile jaundice.

“I was so panicked after 3 or 4 weeks. The medicines weren’t working, and my little Neel’s stomach had started to swell… He seemed like he was in so much pain. We took him to a bigger hospital this time and they quickly ran a number of tests. When we got the results back… they said my poor son’s liver had a deformity called Biliary Atresia that was slowly killing him. They said if we had come a few weeks earlier, they could’ve fixed it with a minor surgery. But now…”

…Now, a liver transplant is the only thing that can save their little one

Over the past 6 months, Eeshita has spent more time at the hospital than at home, refusing to leave her little Neel’s side for more than an hour at a time to sleep or to go change her clothes. Her husband, Tanmay, works in a bank and cannot afford the incredible sum of money needed for the transplant. He has been trying to borrow as much money as he can, but all the money he brings in is just immediately going into keeping their son stable so can receive a transplant in the first place.

Each day that his surgery is delayed, this little boy is suffering

He screams in pain all day, his stomach now swollen so big that he can’t even eat properly. Despite the doctors’ attempts to drain the excess fluid build-up his failing liver is causing, little Neel’s stomach is growing faster than he is. In the time it takes for him to grow just a few 100 grams in body weight, his stomach is growing up to 1 kilogram in weight.
You are this little boy’s last and only hope now. While his parents scramble to come up with the money, he is in pain and suffering. Please donate however much you can and save his life.