2-Year-Old Accidentally Drank Diesel Instead Of Water, He Needs Continued Treatment To Survive 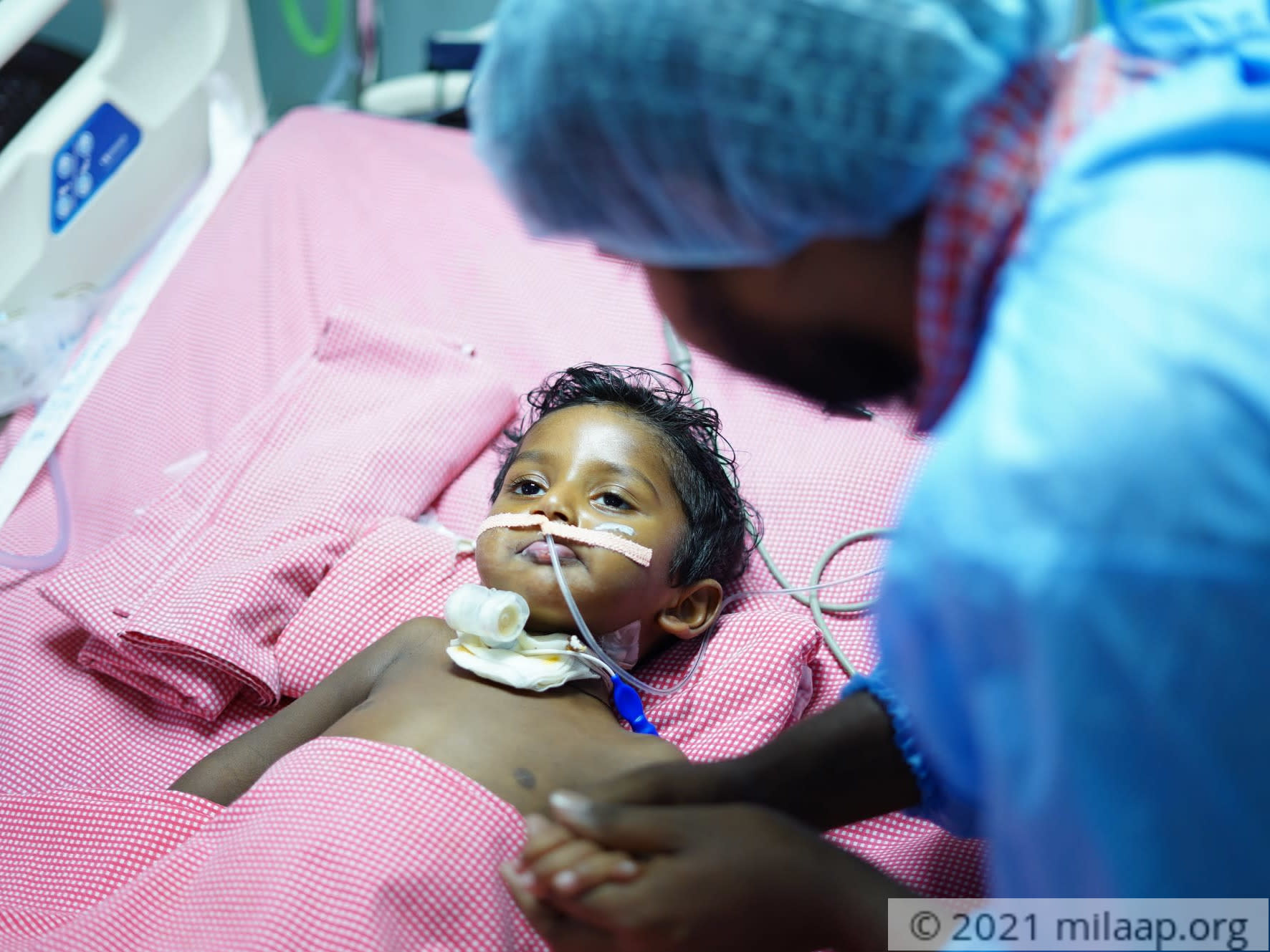 Share
On 30 October, 2-year-old Nayaash was returning from his Anganwadi (a type of rural child care centre in India), when he stopped at the sight of a bottle near his grandfather's autorickshaw and drank it, mistaking it to be water. Within mere minutes, the poor child suffered from fits and was rushed to the nearest hospital.

“I got a call from my wife, crying and screaming to come to the hospital as soon as possible. When I reached there I saw my child was being taken into emergency. I went up to him and tried calling out to him, but there was no response. His body was still as a rock and he was gasping for breath.” - Chinna, father

Soon after admission and tests, doctors told these parents that Nayaash's lungs were unable to function properly and he was admitted in the ICU for the next 2 days. But due to the lack of proper equipment at the hospital, he had to be shifted to a bigger hospital in an ambulance.

He needs continued PICU to survive

“The journey to the hospital was no less than hell for us. I kept calling out to him, patting him once in a while hoping that he might open his eyes and wake up, but he couldn't hear me. When we reached the hospital and further tests were done, we found out that his brain was infected too and he needed an immediate tracheostomy to breathe. It’s been a month now, and my child is still fighting for his life.” - Anuradha, mother

While Nayaash is battling for his life in the PICU, his poor parents are running pillar to post, in the hopes of arranging funds required for their child’s treatment. But they are failing to keep up with the expenses now.

Just a gardener, the father can't afford the cost

Chinna works as a Gardener, and his income is often not enough to put food on the table for their family. On such days, Anuradha works as a daily wager to support the family. Nayaash is their only child and watching him suffer is killing these parents. Despite doing everything they can, they are failing to save their son.

“He is such a happy and active child but look at him now. We have sold everything that held value, pulled out every rupee from our savings, took loans from family and friends and now we are even skipping meals to save as much as possible. But nothing we do is enough to save our child.” - Anuradha, mother

Nayaash is on the road to recovery and has high chances of getting back home safe and sound but it is only possible with prolonged ICU care which these parents can’t afford. You can help. Click here to donate.
N
Patient Nayaash is 2 years old, living in Narasaraopet, Andhra Pradesh
RH
Being treated in Rainbow Hospital, Vijayawada, Andhra Pradesh