6-Year-Old With Liver Defect Needs Expensive Surgery To Recover, You Can Help | Milaap

6-Year-Old With Liver Defect Needs Expensive Surgery To Recover, You Can Help 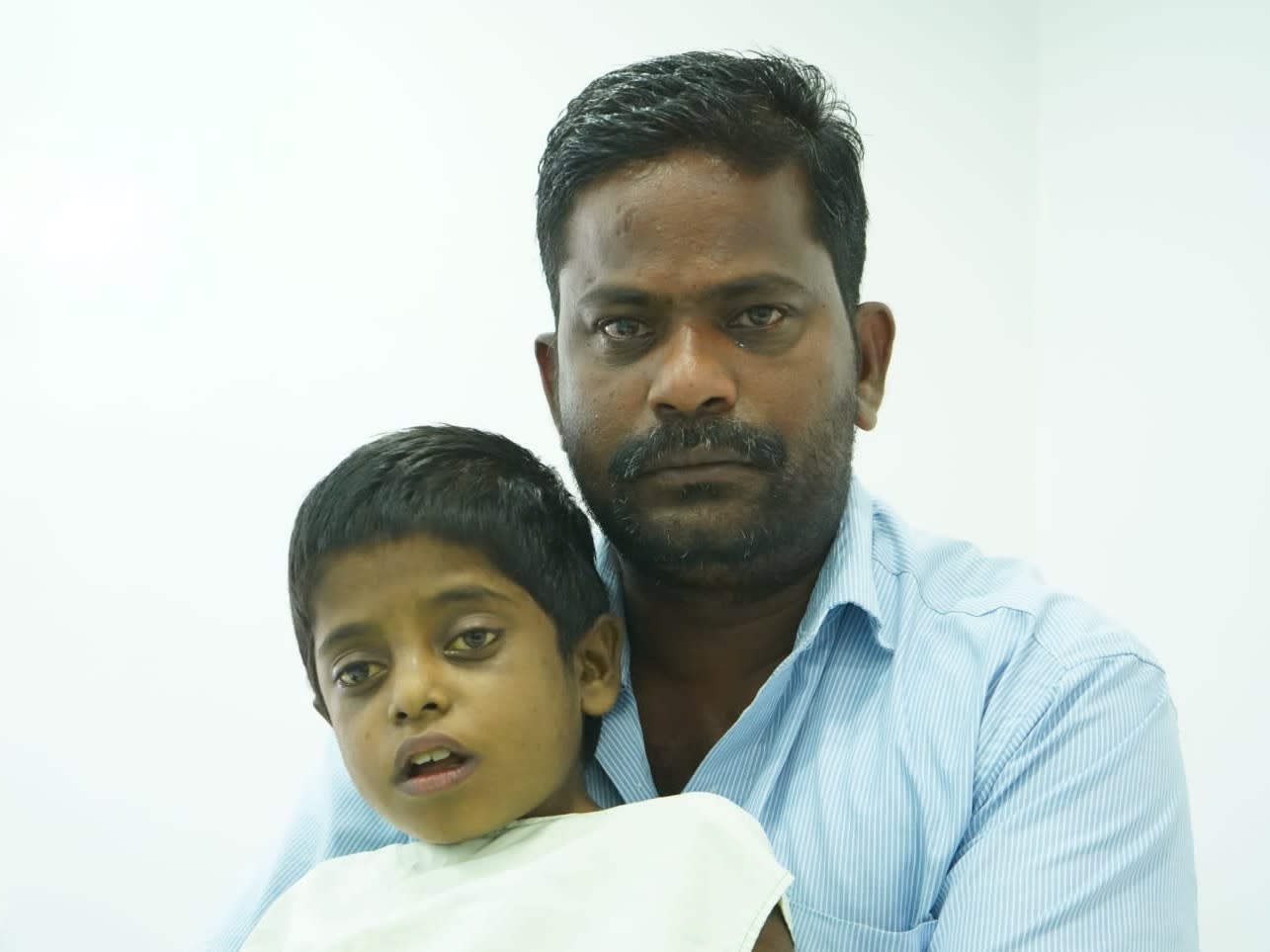 “We had to pull him out of school when his stomach started swelling up. Other children had begun making fun of the way he looked, calling him names! It broke his little heart! He’s already going through so much pain physically — he’s battling death on a daily basis — but ever since he dropped out of school you can see the pain in his eyes too...
I just want him to get better. He’s dying because of this disease and I’m unable to do anything about it. I wish I could at least find a way to put a smile on his face before he...” — Prakash, unable to continue

Little Monish is dying. As heartbreaking as it is, there’s no two ways about it: this 6-year-old is on his deathbed, fighting severe liver failure. He can recover, but the only way to save him is a liver transplant, a surgery that costs more than 20 times Prakash’s annual salary.
It started when he was just two weeks old, his eyes started turning yellow and his stomach began swelling a little. Medicines seemingly cured him for a while, but when he started getting weaker again, his parents rushed him to a bigger hospital.

“Barely a month after his birth, we found out he was born with a liver defect that was killing him. We put together as much money as we could, and it was enough to get him a small surgery that was supposed to save his life. Just like the medicines, we thought it had worked. But now, after all these years, it turns out we were wrong about that too! The swelling is so much this time that it's even pushing his belly button out!”

“The doctor had said we needed to take extra care of him because of his condition, so we never let him exert himself too much. We were very careful about the kinds of food he could eat. We did everything we were supposed to. But a little over a month ago, all of a sudden, his stomach started swelling. So much that eventually he couldn’t even get out of bed! We hoped and prayed it wasn’t what we thought it was, but we couldn’t hide from the truth after scans revealed his liver was dying again. And at a much, much, faster rate. They’re saying, without treatment, he may only have weeks left.”

His symptoms are getting worse, he’s nearly out of time

For a while after his stomach started ballooning, Monish could still walk. He could still go to school. But his condition is so bad now that he can’t even get out of bed anymore. He needs to be carried to the bathroom. He needs a liver transplant immediately, and his mother has been matched as a donor. But Prakash is a bus conductor.

“I barely make around 9000 rupees a month. And last year, because of the pandemic, I was out of work for so many months! I want to save my son, but I just can’t. He’s such a special boy! When his classmates were talking about becoming actors and superheroes, Monish said he wanted to become a soldier and protect everyone he loved. He doesn’t deserve to die like this because of me. Please save his life!”

Click here to donate. You can save him.
M
Patient Monish is 7 years old, living in Kancheepuram, Tamil Nadu
GG
Being treated in Gleneagles Global Health City, Chennai, Tamil Nadu