If He Gets To Know That His Arm Injury Is Actually Cancer, That Will Kill Him First | Milaap
Receive tax benefits by donating to this cause.

If He Gets To Know That His Arm Injury Is Actually Cancer, That Will Kill Him First 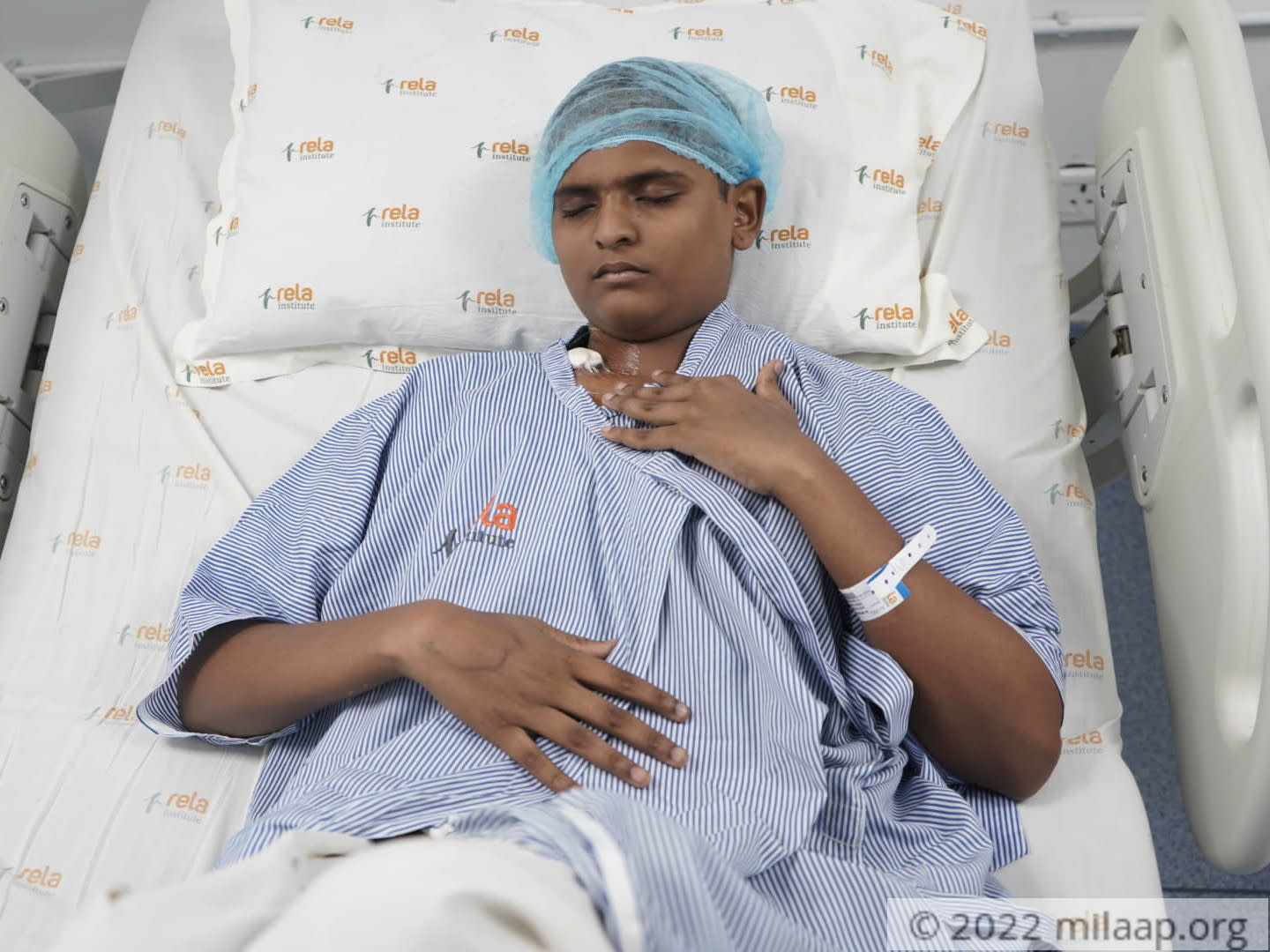 Share
If life had been kinder to 15-year-old Mohan Srinivas, he would have been going to school and hanging out with friends now, since the pandemic situation has practically calmed down in Tamil Nadu. Instead, he is confined to a room and not allowed to go anywhere except the hospital, and his parents have told him that it is for the swelling in his arm to get better.

His mind is disturbed and he does not talk to anybody, not even his family members. He spends his time wondering why they are restricting him - it is after all just a small arm injury. The brutal truth that Mohan is suffering from cancer has been hidden from him for his own good.

“My wife, my elder son and I are the only people who know that Mohan has cancer. We have not told anybody else, and we do not intend to. This is why we do not allow Mohan to meet anyone or talk to anyone – because if he does, he will be heartbroken, and we worry that his sadness could get to him before the cancer does.” - Ganesan, father

Mohan suffers from Ewing’s Sarcoma, a rare type of cancer that occurs in bones or in the soft tissue around the bones. Doctors have informed his parents that he can only be saved with several rounds of chemotherapy, and surgery if needed. But Ganesan and Sangeetha are still reeling from the shock of his diagnosis and have not found a way to fund his treatment yet.

They thought it was just a sprain, but it turned out to be much worse

In September last year, Mohan, who loved actively engaging with people, fell from a height at a neighbour’s house where construction work was underway. He injured his left arm in the process and developed a swelling. The painful swelling just got worse with every passing day. It was only in December that his parents got to know the real reason behind the painful swelling. Cancer had not even crossed their mind before the doctor had informed them of it.

“We tried massaging with herbal oils and concoctions as we generally do. We tried giving him painkillers. Nothing worked. Our son got weaker and weaker – the pain took over his whole being.” - Sangeetha, mother.

‘If he misses even one session of chemo, his condition will go from bad to critical’

Ganesan works in a supermarket in Thanjavur but does not have a fixed salary. Whatever the management decides to give him, he accepts. He did not have an issue with this arrangement previously, as he was able to meet the basic needs of his family and keep them happy. However, with Mohan’s heartbreaking diagnosis, everything has changed for this poor family.

“I am a very sensitive person myself, and did not imagine in my wildest dreams that I would have to beg for money. But now that is exactly what I am doing. My son needs chemotherapy and surgery… else I could lose him. I cannot even imagine my life without him.” - Ganesan, holding back tears

Mohan can fight his way back to a healthy life with your kind help. Click here to contribute.
MS
Patient mohan srinivas is 15 years old, living in Thanjavur, Tamil Nadu
DH
Being treated in Dr.rela hospital, Chennai, Tamil Nadu

Receiving Chemotherapy treatment for Ewing Sacroma of the left Humerus