Driver-Turned-Labourer Has Run Out Of All Means To Save 1-Year-Old Son From Rare Blood Disorder | Milaap
Receive tax benefits by donating to this cause. 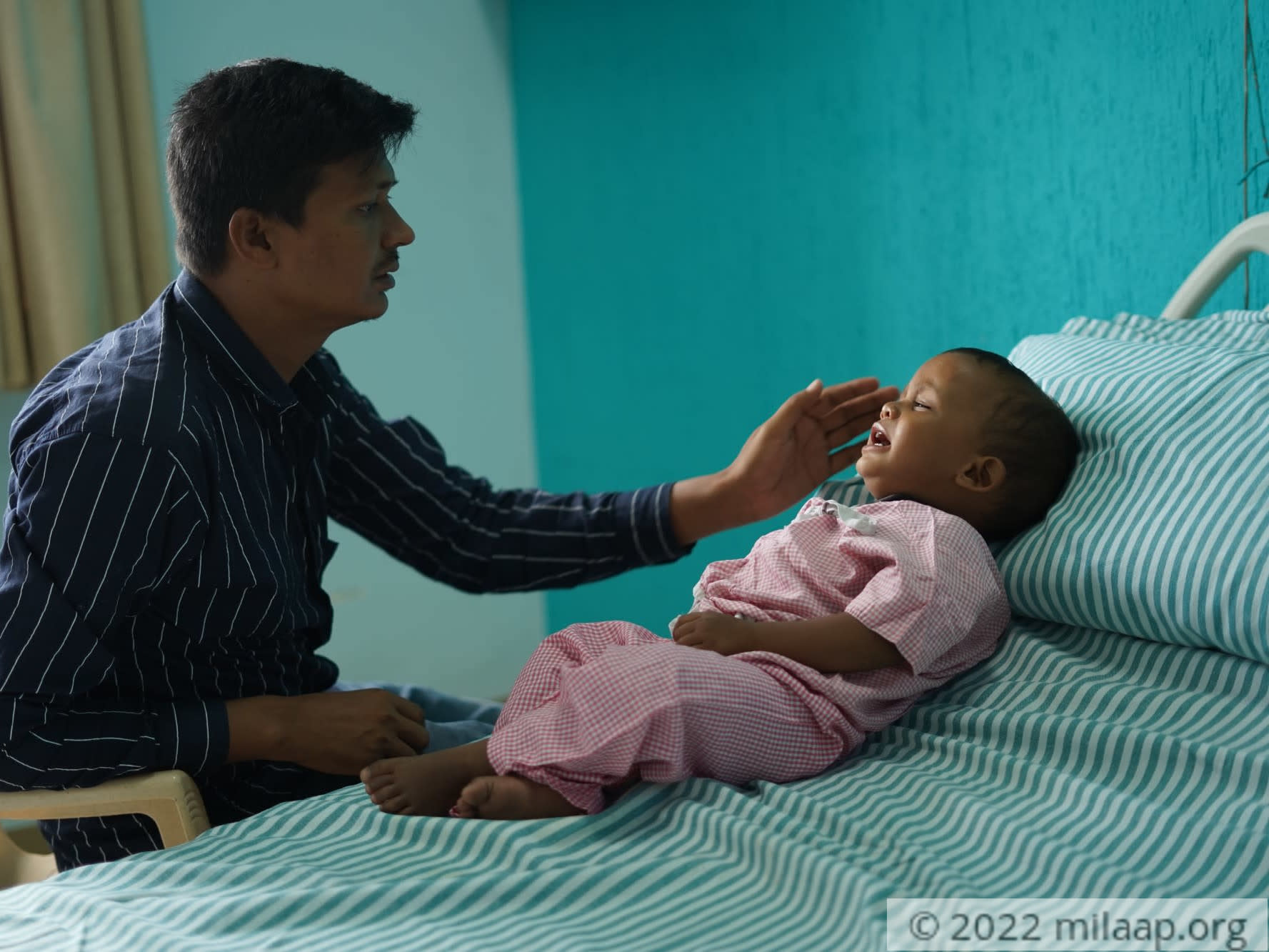 1-year-old Mohammed Ayan looks like a normal child, but in reality is far from it. He is suffering from a rare blood disorder called thalassemia major. This disorder causes the body to have less hemoglobin than normal. The little boy undergoes regular blood transfusions as a temporary fix for his condition, but the permanent cure for it is a bone marrow transplant.

A few days after his birth, Ayan’s parents, Saddam and Razina, noticed that their child was becoming unusually pale and weak with each passing day. His body became hot to the touch, and he cried uncontrollably. They tried feeding him nutritious food, but it did not help. That is when they took him to a hospital where tests confirmed that he had the blood disorder.

“We were told Bengaluru has the best doctors for treating thalassemia and that is why we brought him here despite the high costs of travelling from Jharkhand, our hometown. We wanted the doctor to tell us he would be fine after taking medicines, but that is not what happened. He needs a bone marrow transplant and his elder sister is a perfectly matched donor, but we don’t the have money for it.”- Razina Khatun, mother.

‘Will selling my mud house help me get lakhs of rupees needed to save my son?’

It has been over 6 months since Ayan’s father Saddam stopped working as a driver. He works as a labourer only when his son feels better in a month – which means he does not get many days to work. His earnings have diminished as a result and he is in a financial crunch. The only possession he has left is his mud house, back home in Jharkhand – which is not worth the lakhs of rupees needed for his son’s urgent bone marrow transplant.

“Even though we are poor, we don’t have a BPL card – it could have helped us. Now, I am chasing my relatives and villagers to get them to help me in any way. But they are also poor, and I cannot expect them to help me in a big way. I really need your help to save my son." - Saddam.

With your kind help, this baby can undergo a transplant and have a shot at a normal life. Click here to contribute.
MA
Patient mohammed Ayan Raja is 1 year old, living in Barkakana, Jharkhand
NH
Being treated in Narayan Health and Research Institute, Bengaluru, Karnataka