8-Year-Old Has Already Lost His Vision To Rare Disease. It Is Taking Away His Hearing and Could Soon Be His Life | Milaap
Receive tax benefits by donating to this cause.

8-Year-Old Has Already Lost His Vision To Rare Disease. It Is Taking Away His Hearing and Could Soon Be His Life 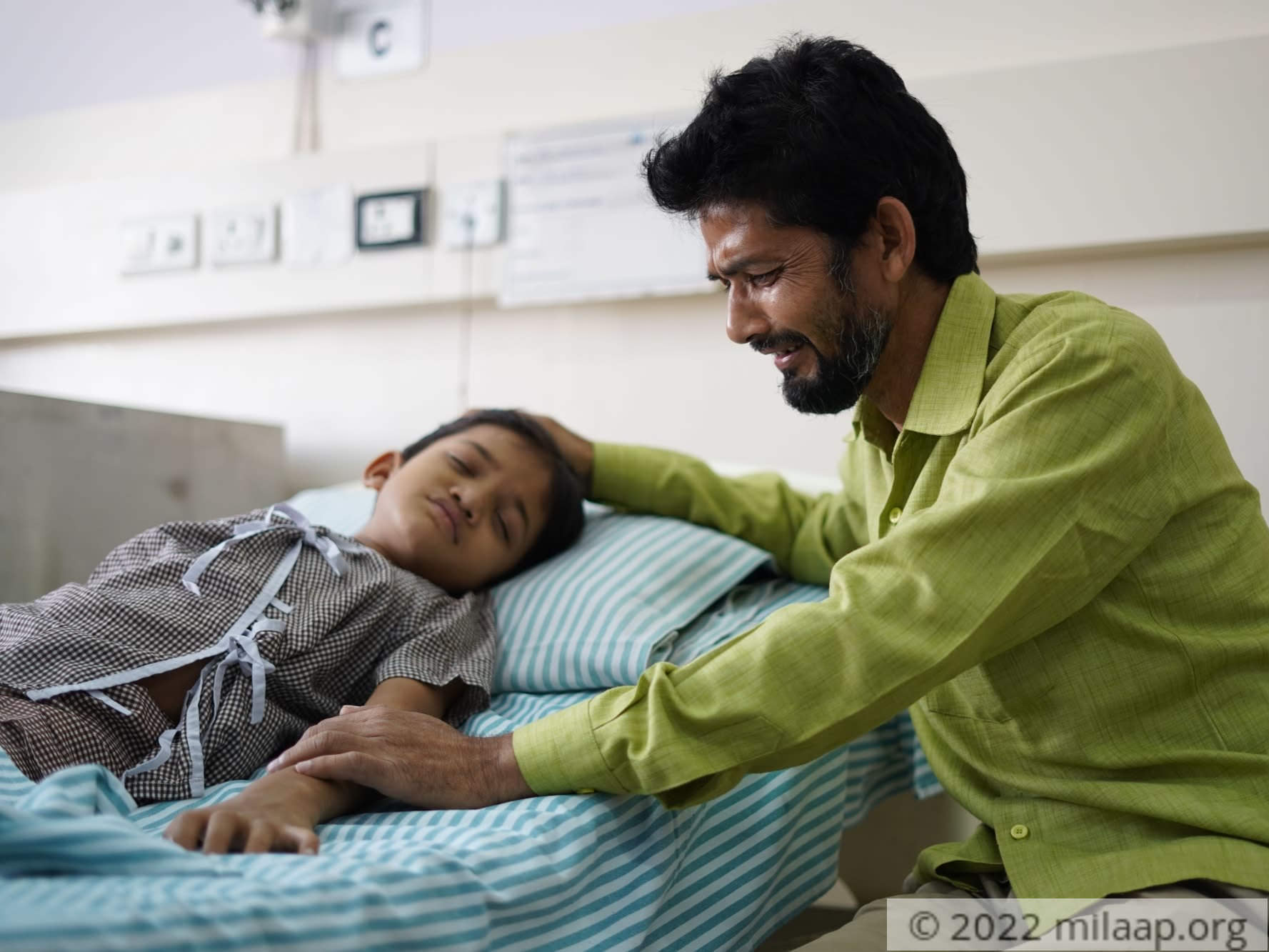 "We were told he has rickets due to calcium deficiency. But, even after taking pills for almost 6 months, he still had trouble walking. Some bones in his ribs were bulging out abnormally, making him appear physically different from the other kids. For a year, we kept running from one specialist to another, only to find out later on that my son has a rare genetic disease where vital enzymes are not being produced in his body. No medicine can cure this disease, only a surgery can. But we are struggling to afford that since 3 years." - Kismatara, mother

In 2018, Mohammed Anas was just 5 years of age when his parents felt an abnormal bulge in his chest and fingers. Soon, he started having trouble walking to his school and would often complain of pain in his joints. All of a sudden his cornea had become cloudy making him lose vision in his right eye. These rare symptoms were mistaken for rickets, and he was asked to increase his calcium intake, but with no respite.

Hearing about their son's sudden blindness has shocked these parents immensely

"He would ask me to carry him to school and I would oblige thinking he just enjoyed that time with me. But when he started doing that often, it seemed quite unusual to my wife and I. One fine day, he came back home with his notebook and we saw he had copied all the notes incorrectly from the classroom board. We got his eye checked, and found out he has lost vision in his right eye. I was perplexed, just trying to figure out how my son turn blind all of a sudden." - Abdul, father

As this disease progresses, Anas's physical deformities keep coming forth

Anas has Mucopolysaccharidosis, a life-threatening disease that can be lethal in the first decade of his life. Anas is already 8 years old now, and this only means one thing - it is only a matter of time before this disease kills him.

Our body needs 11 enzymes in total to function normally, but Anas's body doesn't have enough of them. So, his body is unable to break down sugar molecules. All these deposits over the years are now attacking his organs at the cellular level and causing physical deformities in this little boy. His hands are clawing, making it difficult for him to grasp things. Without treatment, this disease will worsen and hinder his mental development and appearance too.

'No medicine can cure this disease, only a transplant can'

"He is too young to understand how all the symptoms are attacking his body. There is no other cure for this gruesome disease except a bone marrow transplant. But the cost of INR 37 lakhs left me dumbfounded. I can't help but panic now, because my fear knows no bounds… My son is partially blind already and the doctors fear that without treatment, he may soon turn deaf too."- Abdul, father

Today, Abdul's poultry farm is on mortgage. But he knows that that amount would hardly suffice to pay off one or two days worth of his son's hospital bills. In this dire situation, only your help can get him through. He is helpless and just wants to save his son before this rare disease snatches him away from them.

Please click here to help this little boy fight off his rare disease before it is too late.