2-Year-Old With A Hole In His Heart Gets Frequent Seizures, He Needs Urgent Surgery | Milaap
loans added to your basket
Total : 0
Pay Now

2-Year-Old With A Hole In His Heart Gets Frequent Seizures, He Needs Urgent Surgery 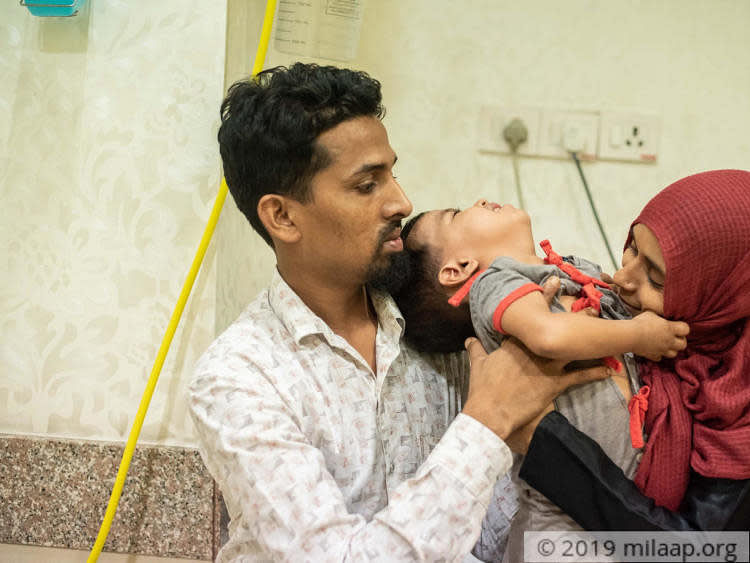 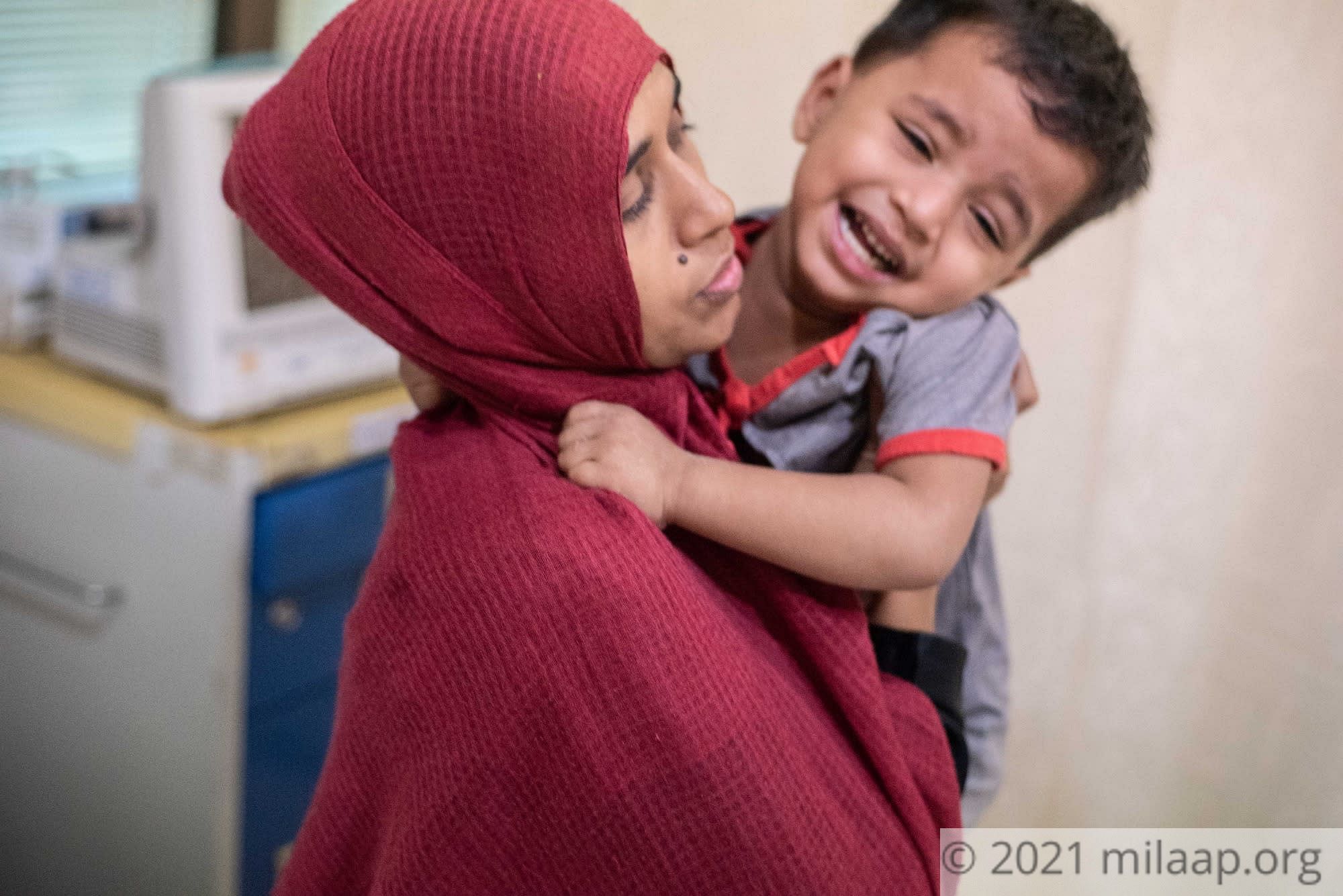 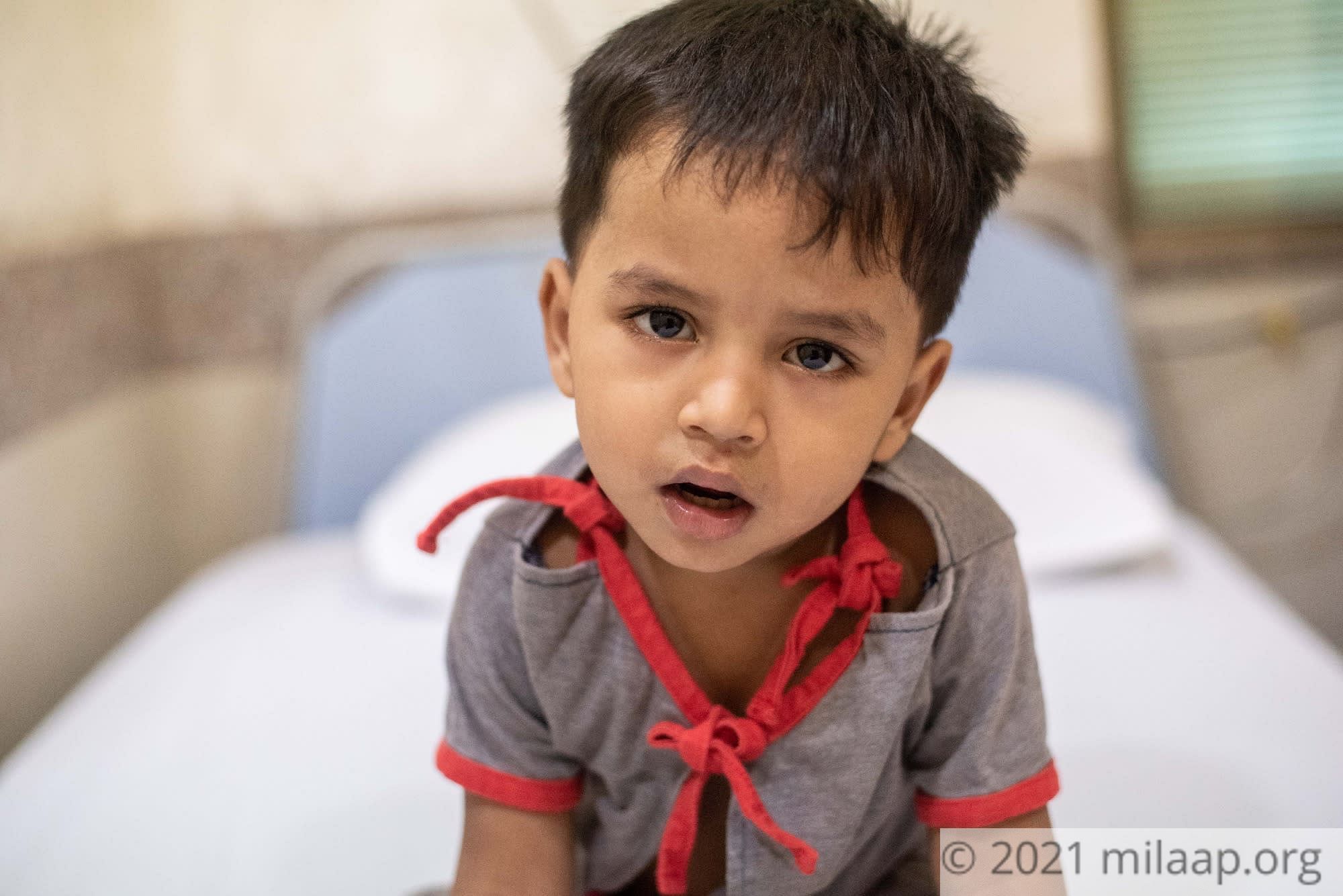 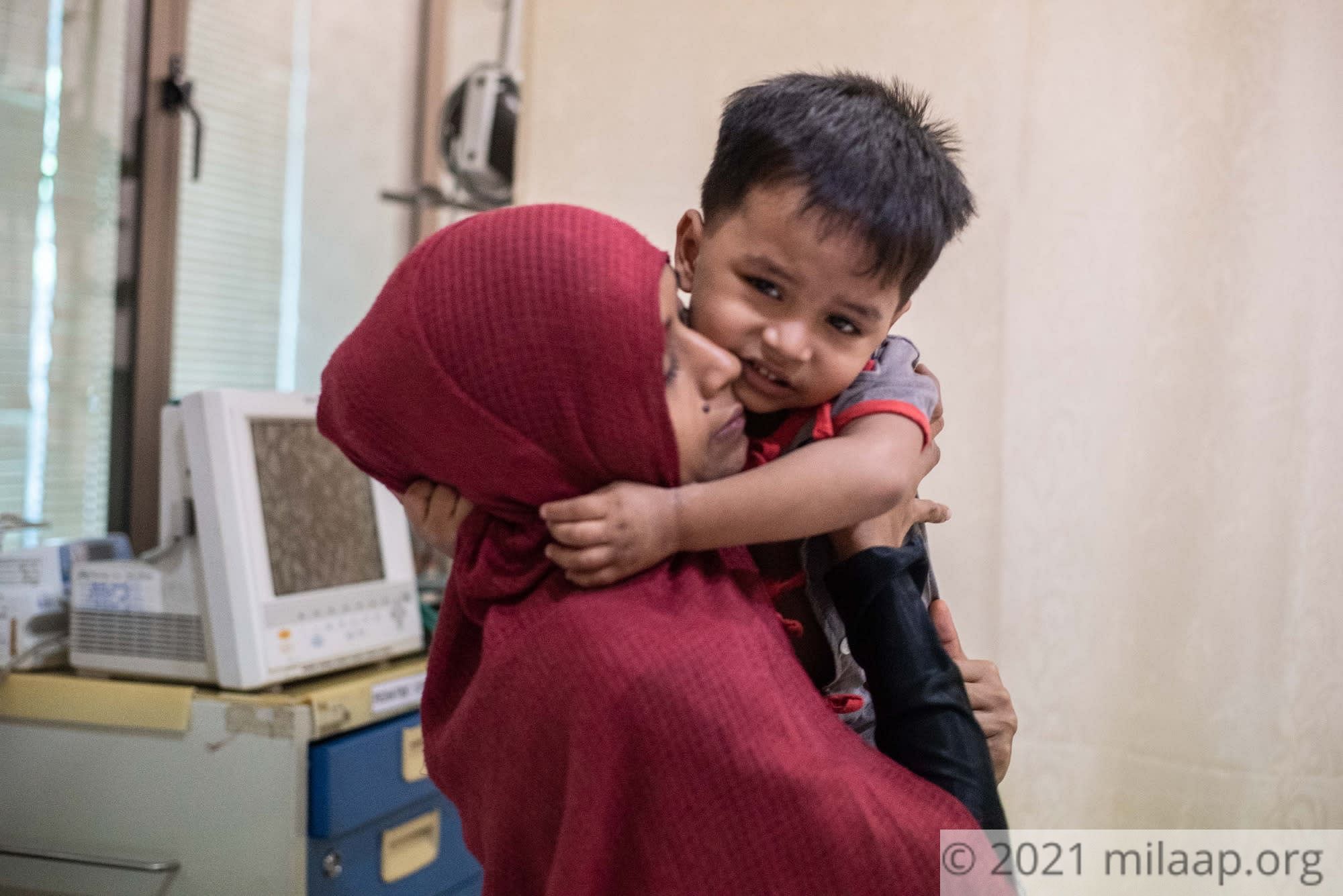 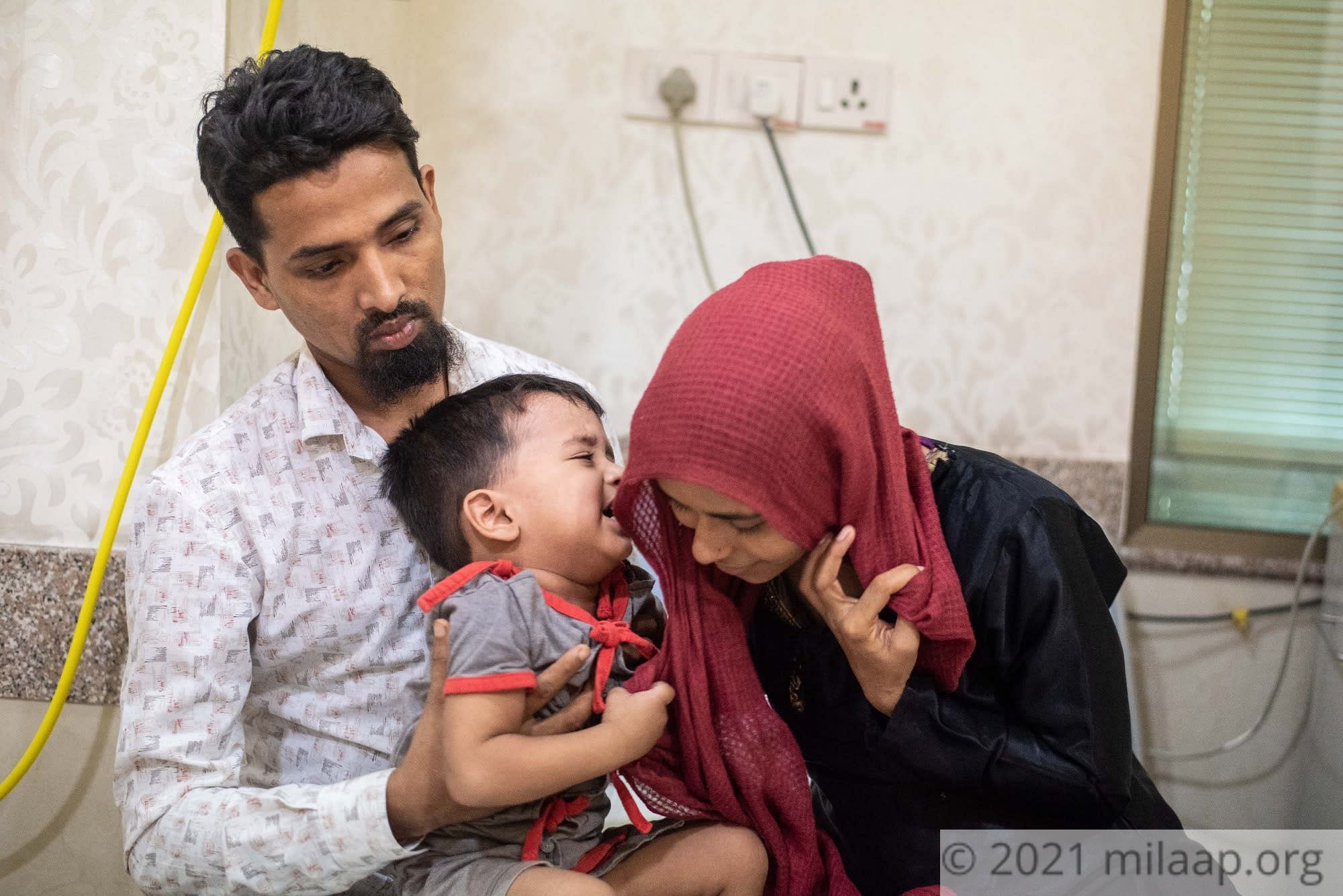 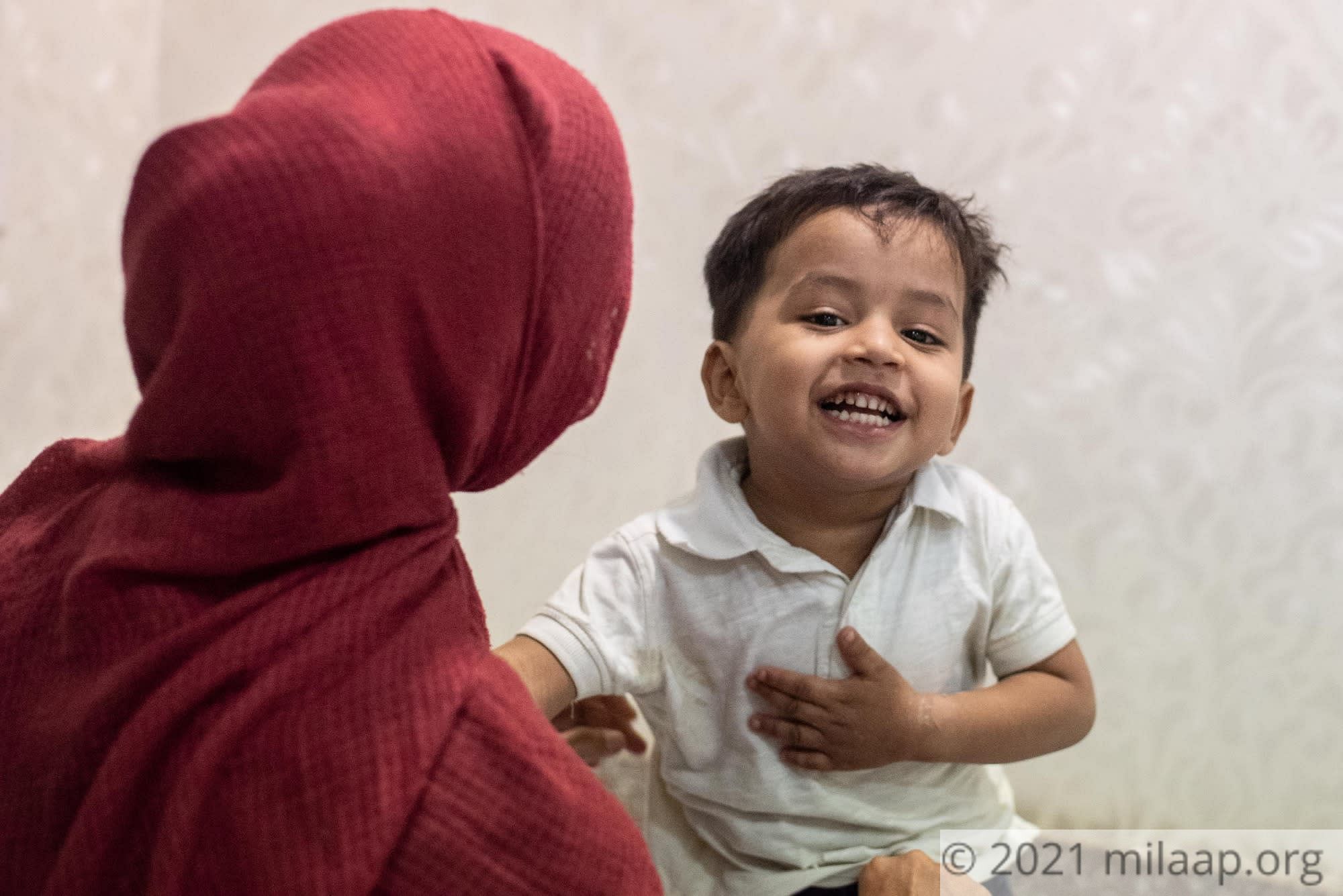 “Just 2 weeks ago, Mohammad was down with high fever and he started getting terrible fits. After that, he soon lost consciousness and he just wouldn’t move. We were shouting out his name and were trying to wake him up but he just wouldn’t respond. We had to rush him through the hospital but I really thought that we lost him. His heart is getting weaker every day.” – Rizwan, Mohammad’s father

2-year-old Mohammad Ali is in urgent need of a lifesaving heart surgery. There is a hole in his heart from birth which has led to mixing of oxygenated blood with the deoxygenated blood in the heart. He needs a surgery within the next few days but his poor father, who’s borrowed from everyone he could, needs your help to save him.

He got a stroke and couldn't recognize his parents

“He started falling sick when he was just 6 months old and get frequent fits. His eyes would go white and he would become so stiff. We started giving him medicines and after a few months, he got something similar to a stroke and he just couldn’t recognize us. He lost his memory due to high fever. He has been suffering ever since. He’s been on medicines for the past 1 year but now his heart is at high risk of failure unless he undergoes a surgery," - Rizwan.

2-year-old Ali gets tired very easily and finds it hard to breathe due to his racing heart.

“He loves to play with his brothers but he can’t do that for more than a few minutes. I haven’t got a good night’s sleep at all since the past 2 years because Ali wakes up in the middle of every night and he’s always scared and out of breath. I have to comfort him every 30 minutes at night," - Usma, mother.

Rizwan Has No One To Help Him

Ali’s only way to survive is to undergo an urgent heart surgery which costs around 3.15 lakhs. But Rizwan, is just a poor driver who earns Rs. 15,000/month and also has 3 children to feed.

“I have already spent Rs. 70,000 on all his treatments and medicines until now and I have no savings now. I have borrowed from everyone, even my boss. I’ve never been so stressed before. Usma and I can’t stop crying because we can’t see Ali suffer like this. I don’t want him to get fits again because it’s the most horrible thing a parent can witness. I don’t know how I will save Ali. I need help.”

Rizwan and Usma are in constant fear of Ali’s health deteriorating quickly. He can get fits and fevers anytime and his failing heart is urgent need of a corrective surgery. They need your help to save 2-year-old Ali. 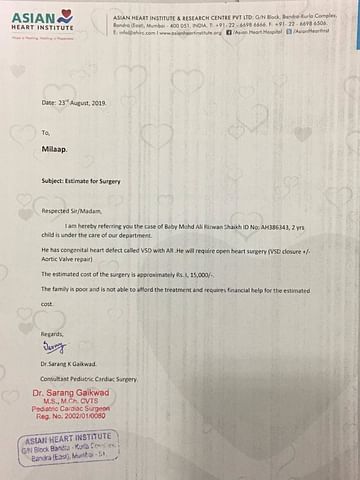 Click here to know more about Mohammed Ali Shaikh
Donate now
OR
Click here to read the instructions before you make a bank transfer.

Get well soon little fellow. May God bless you

Get well soon little fellow. May God bless you

Allah bless you with best of the health. Ameen

I know the pain as my 2 year old son has suffered seizures associated with high fever. May Almighty bestow best of health to your son.