S
You are sending a message to
Salma
Go back

Having Lost Their Eldest, These Parents Need Urgent Help Saving Their Second Child In Time 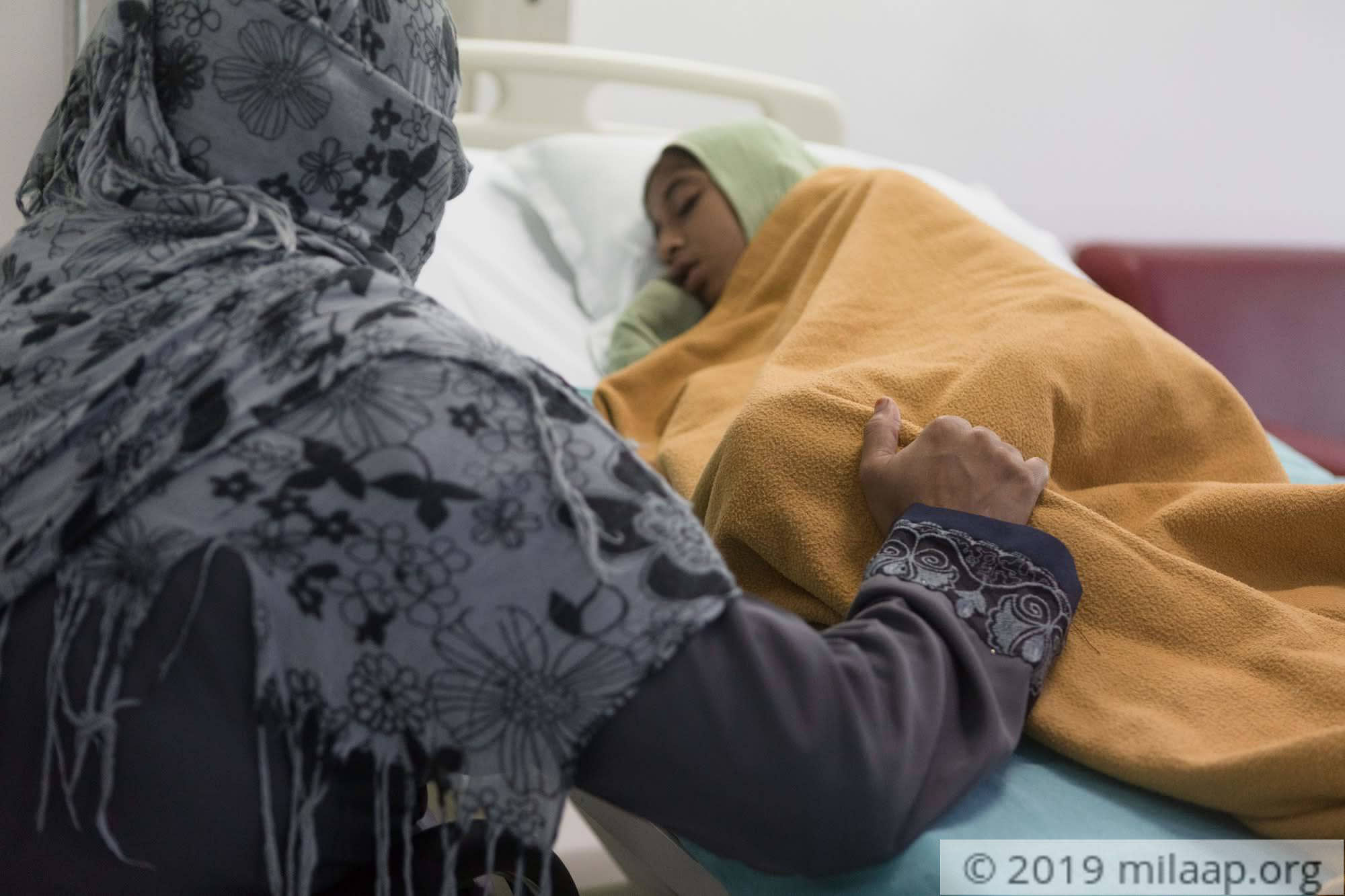 Share on facebook
After losing their eldest daughter Mehraj to heart disease, Nusrat and Masood decided to go on a pilgrimage to pray for her departed soul. On the way back, their second daughter Mehak fell sick. Her fever was so bad that they had to rush her to the hospital right after they got off the train. Not even three months since Mehraj’s death, Mehak was diagnosed with the same heart condition as her sister.

“The minute we came home, we immediately took her to the hospital. It has been 11 months since then, and Mehak is becoming very sick just like her sister. We lost Mehraj only six months after she became sick, but Mehak has made it this far and the doctors tell us we can save her.” – Nusrat, Mehak’s mother.

The only way to save Mehak is a heart transplant

Mehak is 13 years old, and she has not gone to school since last October. Since then, her mother explains, her bad health has just not let up. Every month, she is taken to the hospital in a critical condition. Her father Masood is a driving teacher with a monthly income of Rs 15,000. Till now, they have spent over Rs 20 lakhs on treatment. Masood and Nusrat want to save Mehak at any cost.

“As parents, the unthinkable had happened to us. Doctors also don’t know how our daughters became sick. We blamed ourselves thinking if only we had not gone to a government hospital, we could have saved Mehraj. We don’t want to repeat our mistakes. We can’t sit, we can’t eat – we only think of what else we can do.” – Nusrat

Without a transplant, this teenager has very less time left

Mehak’s heart has rapidly stopped functioning. She needs a heart transplant to survive. Any small imbalance in her body is deadly. Mehak is alive because of her parents’ vigilance – they admit her the minute she becomes sick. Already heavily indebted, her struggling parents don’t know how to arrange funds to save their daughter. Despite all their difficulties, they are determined to see Mehak become healthy once again.

“Both my daughters studied so well. They get first in class. Mehak especially is so energetic. She wants to be active even now, but her body doesn’t allow her to eat, or even hold a pencil. She cries and asks why God did this to her and older sister when they are so small. She is scared her little brother might also become sick and suffer like her.” – Nusrat

All roads seem to be closing for these desperate parents. They have gone through the crushing experience of losing a child and they are doing everything they can to save Mehak. Every day, Mehak’s condition gets worse and she has very less time.

Please help these parents get Mehak the life-saving heart transplant she needs.

Click here to know more about Mehak Fatima
Donate now
OR
Click here to read the instructions before you make a bank transfer.

I will pray for her. May Allah heal her soon.

Donated to this campaign via Paytm? Click here if you can’t find your donation listed below.
S
Saketh donated $150

Allah help you to recover soon!!!

I will pray for her. May Allah heal her soon.

May Allah swt give you daughter shifa inshallah she will recover fastly.

Hang on mehak..help is inbound