3-Year-Old Mathu Needs A Second Transplant To Survive, Only You Can Help | Milaap

3-Year-Old Mathu Needs A Second Transplant To Survive, Only You Can Help 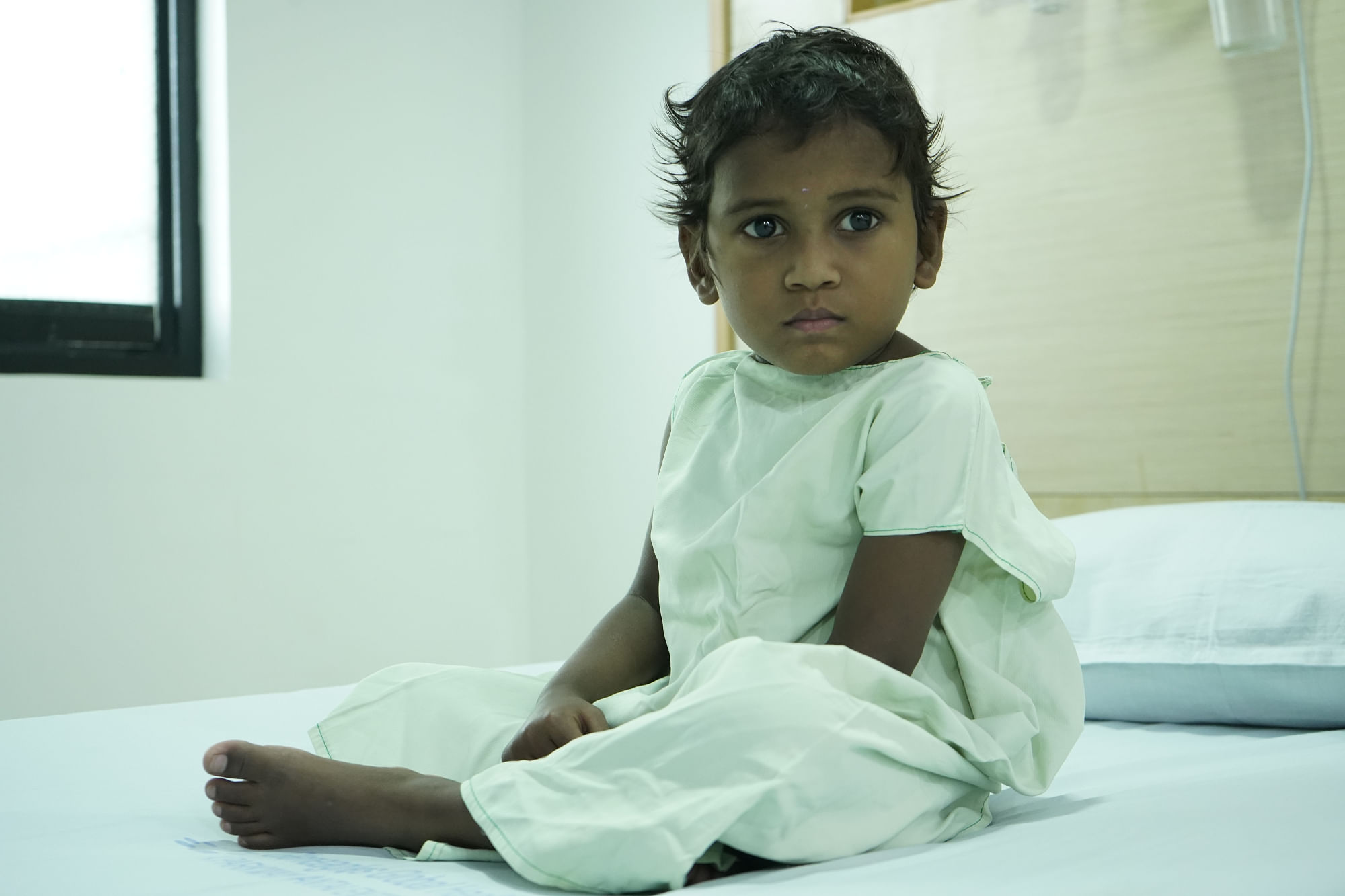 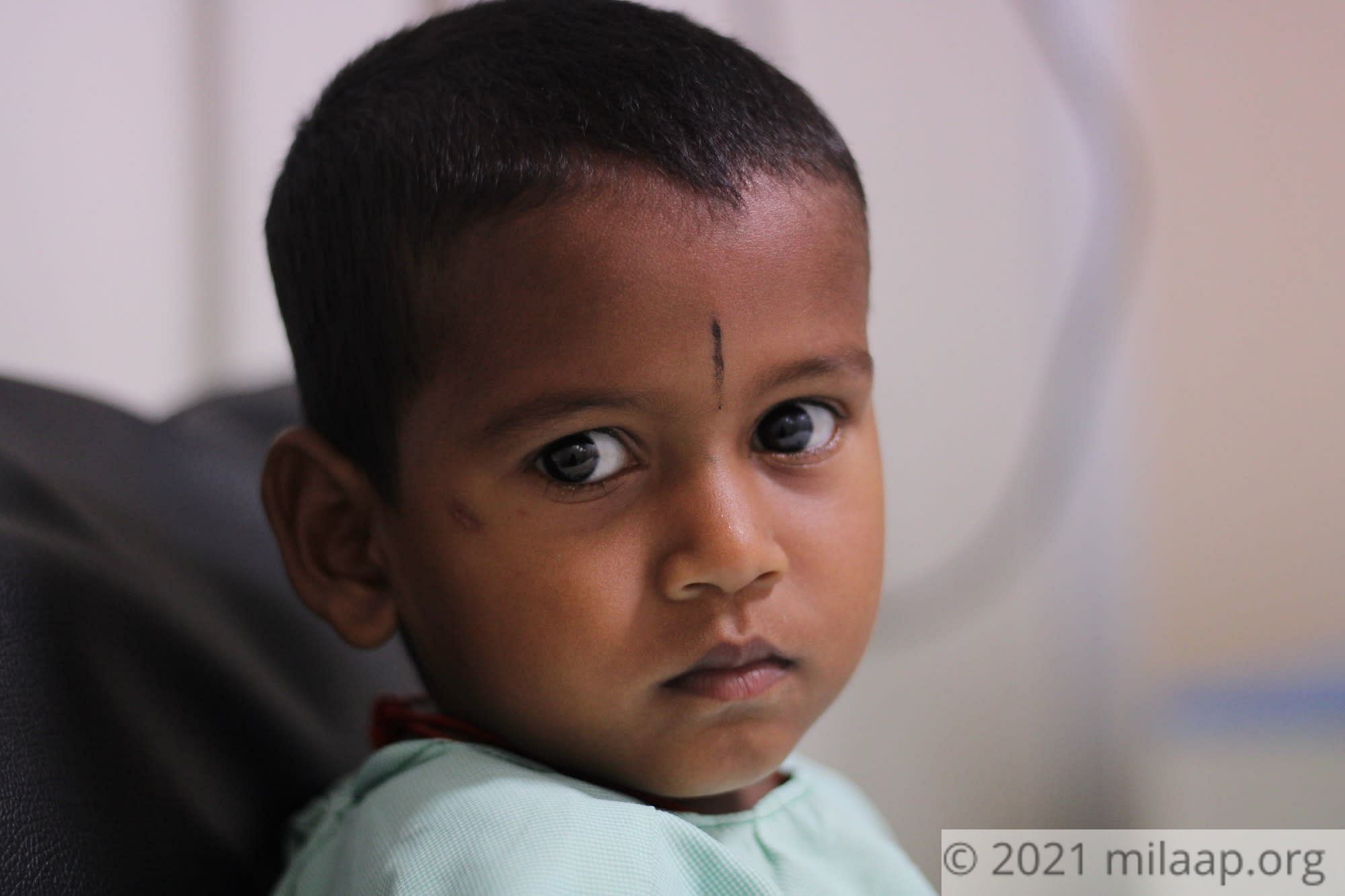 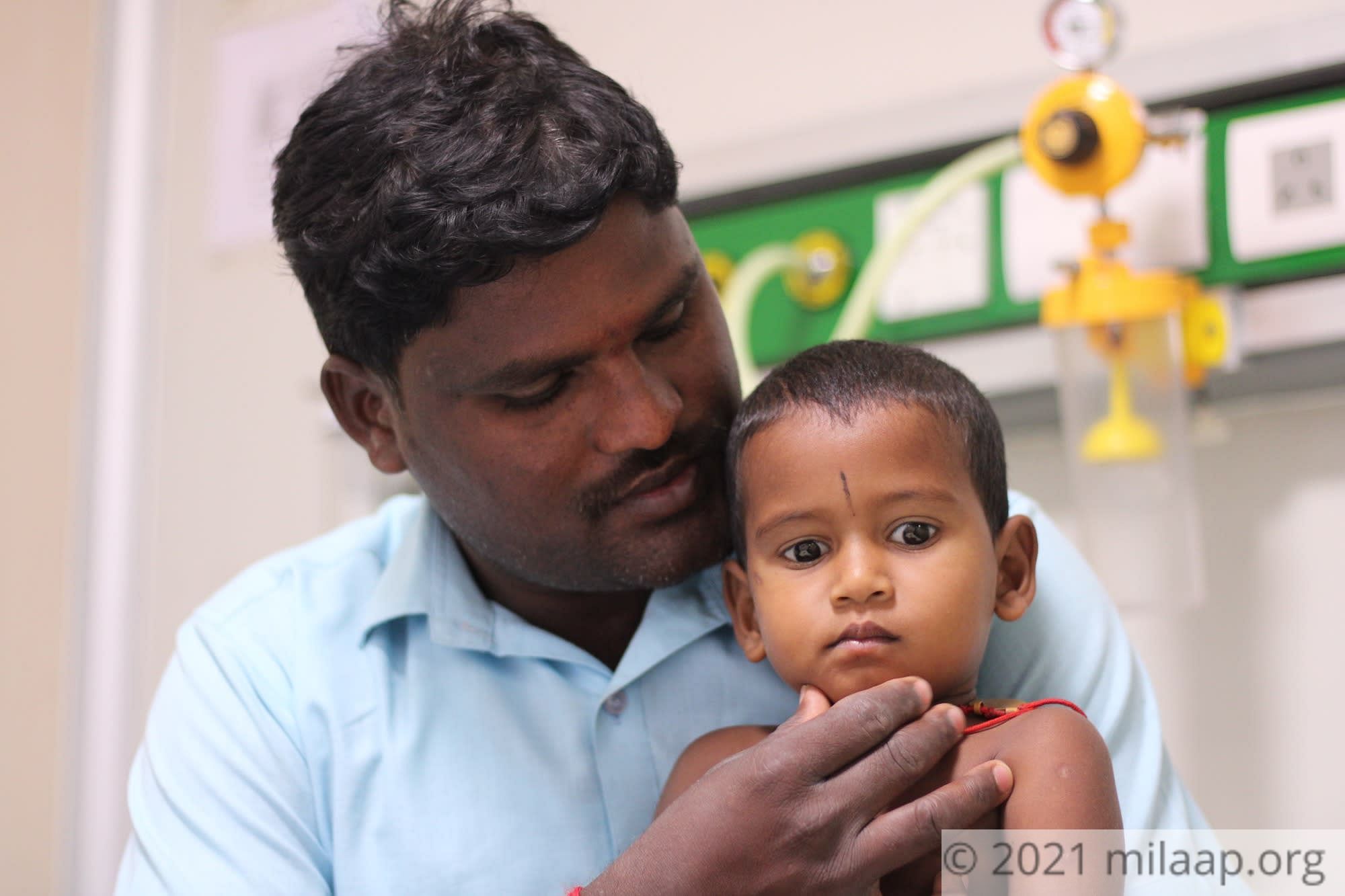 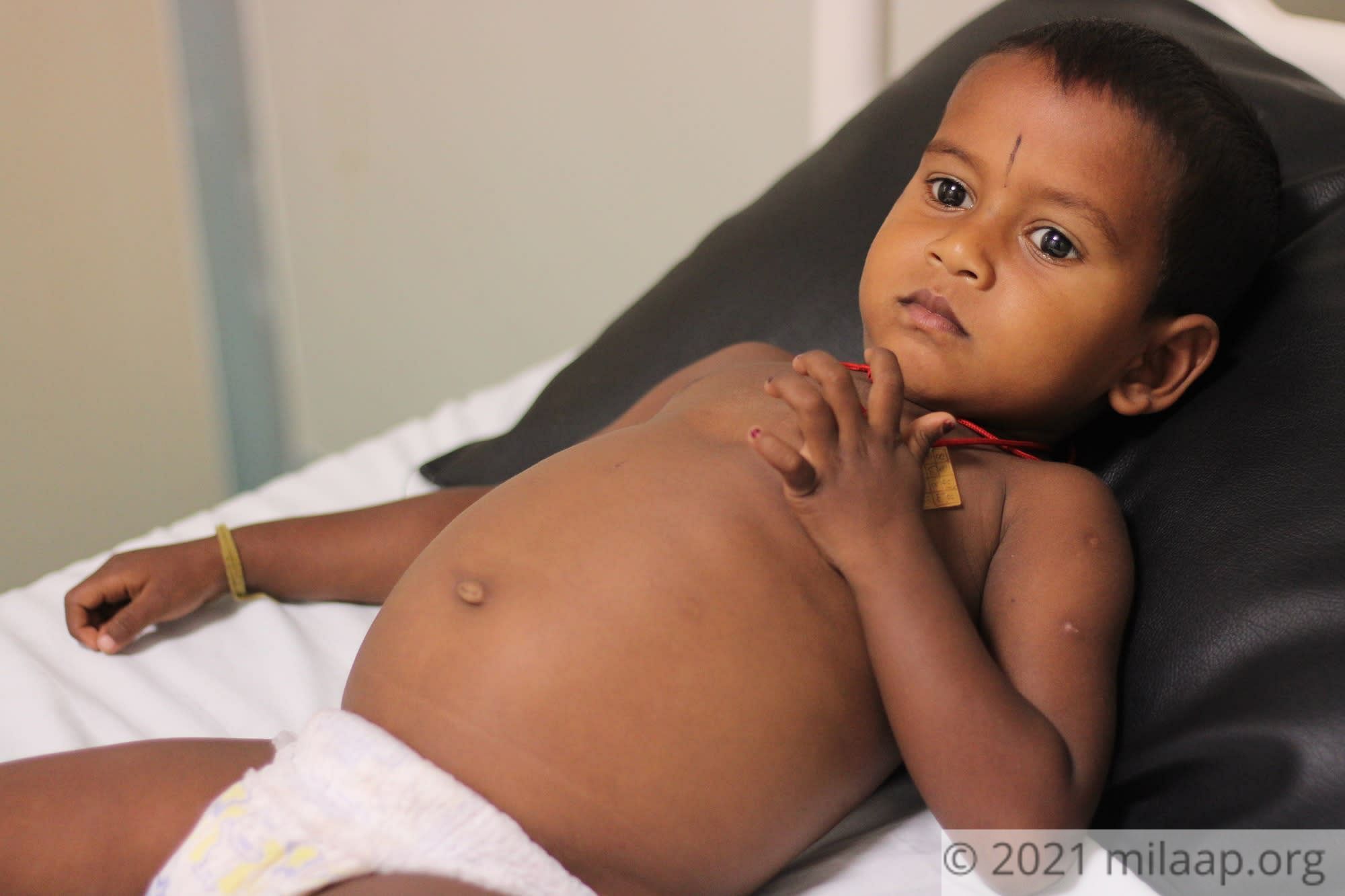 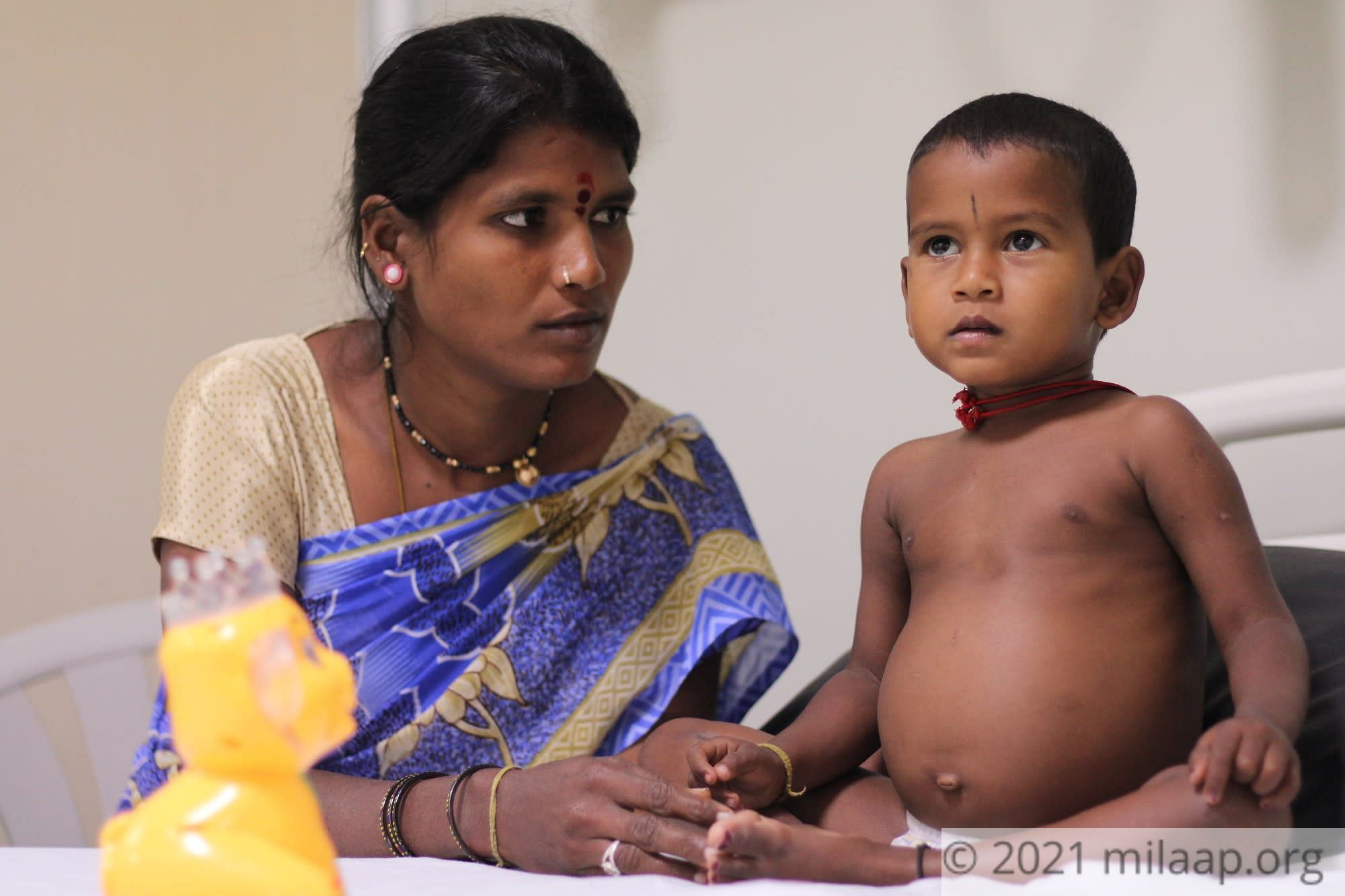 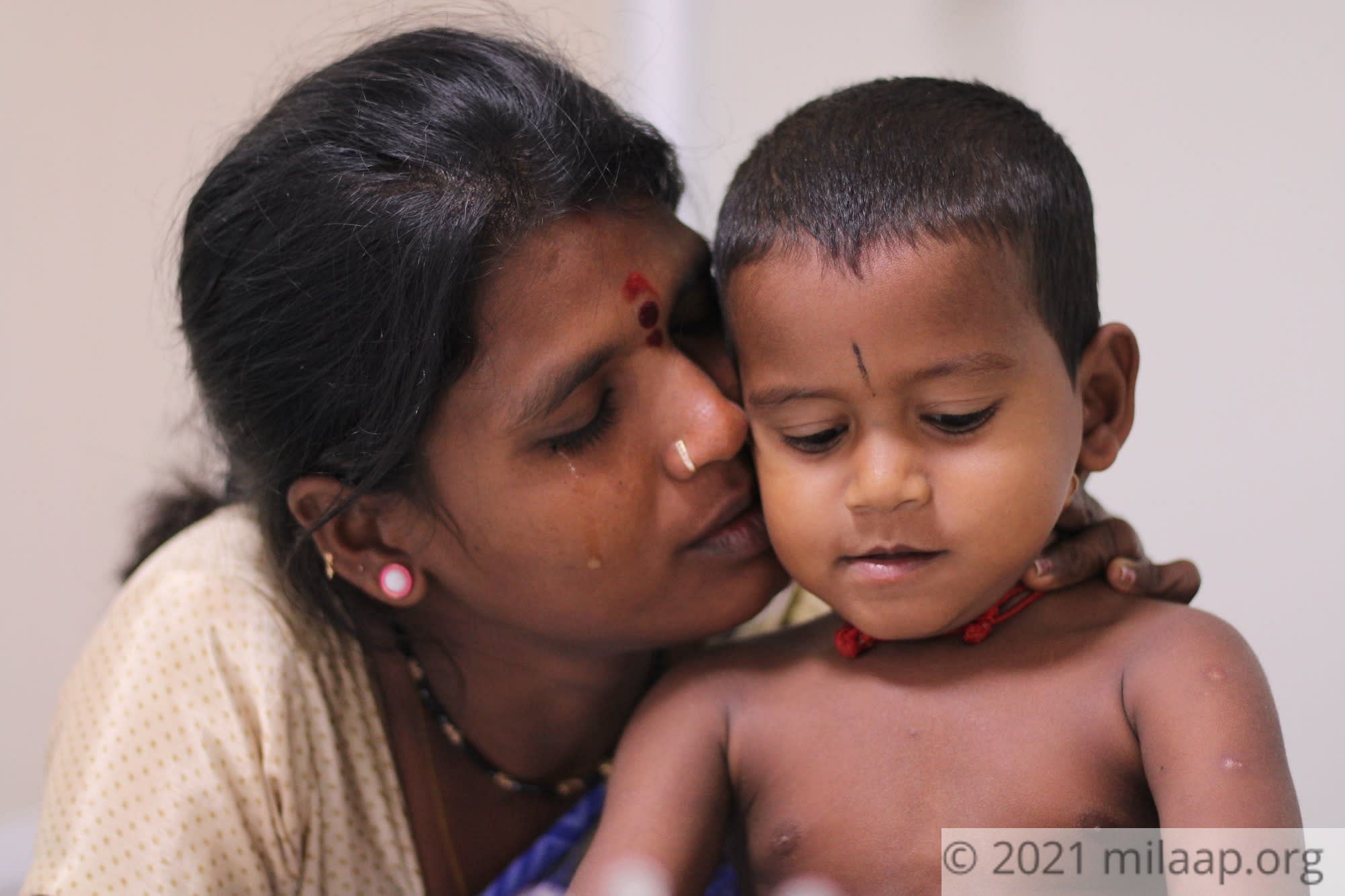 "We were so happy when our baby was finally able to get the transplant. If we had delayed any further, the disease would have spread to her brain and killed her. But then, she started running high fevers that would leave her so weak and tired. She was supposed to be recovering, instead it seemed like she was suffering from side-effects. That is when we realized that this life-saving surgery had failed.”
- Mahalakshmi, mother

She would cry in pain with every step she took

Last year, 3-year-old Mathu Priya was diagnosed with a rare genetic disorder called Gaucher’s disease. Due to this condition, a high level of glucose accumulates in her cells and other organs like liver and spleen. It also leads to bruising, anemia and low blood platelet count. In severe cases like Mathu’s, bone-weakening may occur leading to broken bones. The child is also susceptible to severe infections.

“When she was two years old, one side of her stomach started swelling. We thought the pills from the local doctor would cure her. But the swelling only increased and she stopped eating. Her bones started sticking out. We didn’t know what was happening to her and I had no money to take her to a bigger hospital.” - Giri, father

The urgent bone-marrow transplant that she underwent failed

From then on, little Mathu’s condition began to deteriorate at a rapid pace. Her worried parents were told that their daughter would need a bone-marrow transplant, or they would lose her. In December 2020, with help and support from kind strangers, Mathu was able to get the bone-marrow transplant to save her life. Over 30 people also came forward to donate blood, when Mathu needed blood transfusions.

Giri and Mahalakshmi were filled with relief and gratitude that their child would recover from this dreadful disease soon. But they never anticipated a possibility where the procedure may have not been successful. Less than a month after Mathu underwent the transplant, the family learned that it had failed.

She needs another bone-marrow transplant at the earliest

The last 7 months have been unimaginably hard for Giri and Mahalakshmi. They were filled with so much hope for their daughter's recovery, but now they are back at square one. Mathu is constantly in pain and cries endlessly. Her condition is worse than before and yet again, Mathu will have to undergo a bone marrow transplant again. It is her only option at survival.

For the time being, Mathu has to go in for check-ups once every 15 days. A tentative date has been set for her second surgery in the first week of August. The whole procedure including the donor workup will cost around 25 lakhs, but Giri is in no position to afford it. Mathu will also need to spend 3 months in the hospital for post-operative care.

Mathu before her first bone marrow transplant, in November 2020

“I am only a mason, earning barely 300 rupees a day. I didn’t have any money to save my daughter the first time around, and had to borrow from friends, relatives and even moneylenders. Now I need 25 lakhs more for her second surgery, but there's no way I could afford it. It is my duaghter's only chance at life and without this surgery, she won’t be able to survive…I cannot live with the pain and guilt of not being able to save her for the rest of my life.” - Giri

You helped her through her pain once, and now her parents request you to help save their daughter once again. Mathu Priya’s days are numbered and only you can help this struggling family through your prayers and contributions. Click here to donate.
MP
Patient Mathu Priya is 3 years old, living in Chennai, Tamil Nadu
GH
Being treated in Global Hospital, Chennai, Tamil Nadu