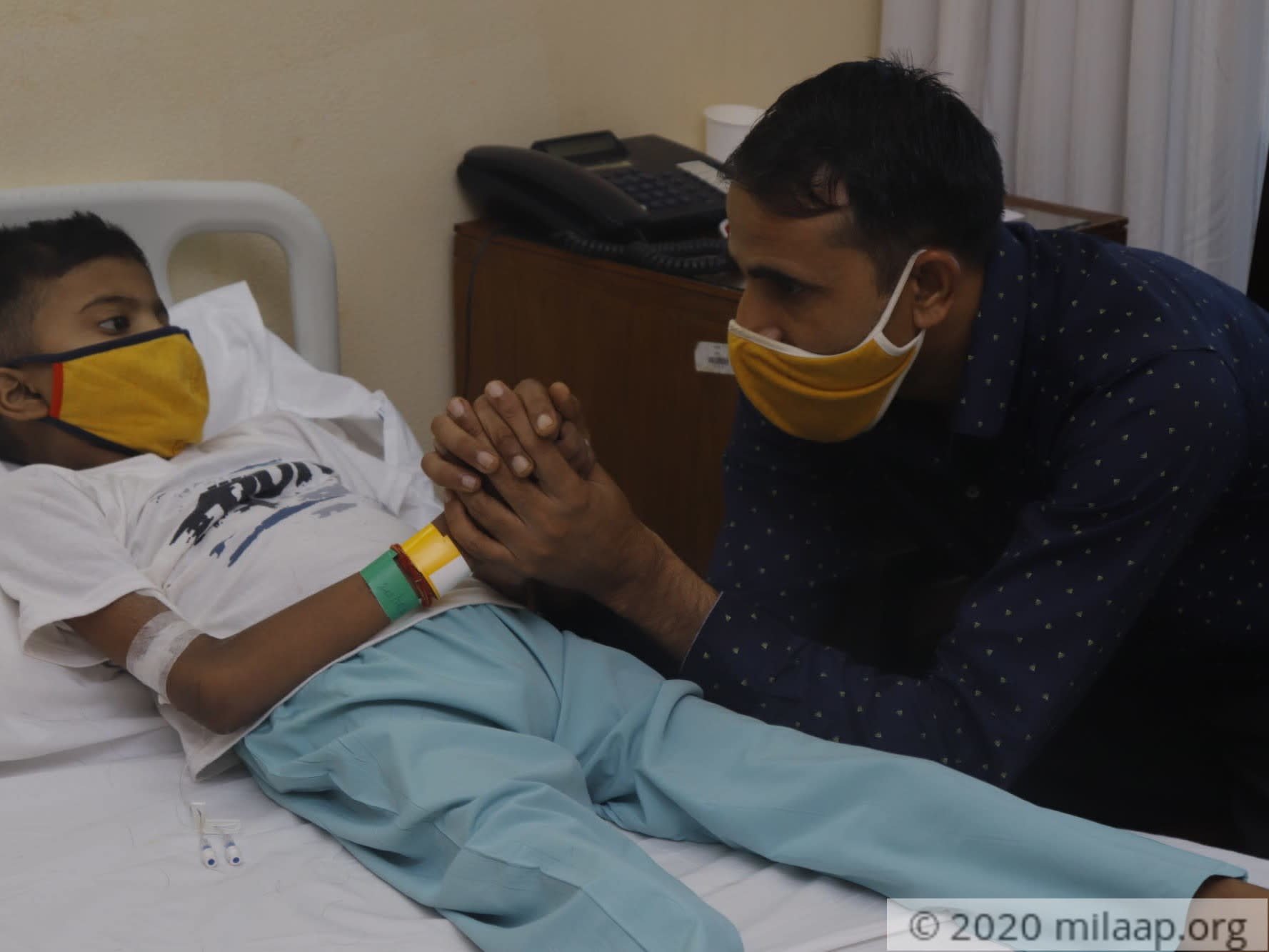 Share
7-year-old Saksham thinks that he is not going to school because of the lockdown. He doesn’t know that he is suffering from a dangerous disease like blood cancer. His parents, Kiran and Jeet, have been hiding the truth from him but they’re scared that very soon they will be unable to continue their son’s treatment. They’re dreading that day, yet they have nothing to carry on.

In just a month, their lives changed for the worse

Kiran and Jeet are no strangers to hardship. A security guard by profession, Jeet lost his job about a month ago. He has been looking for another one but with the ongoing pandemic, it is becoming increasingly difficult.

“In the midst of all this, Saksham suddenly fell ill. He became so weak, his face was white as a sheet of paper. Worried we took him to a doctor, all the while hoping that nothing serious had happened. But fate had other plans…”- Kiran, mother.

After running a few tests, the parents were told that Saksham has blood cancer, he needed to be started on chemotherapy immediately.
High fever and sleepless nights - Saksham has hardly known any peace in the last one month
It is not unknown that cancer is a merciless disease. It sucks out the life of the patient, pushing him towards death every single day. Saksham too has been going through a lot of pain.

"He wakes up at night, crying. He says his head is hurting; sometimes, he holds his stomach and complains of a severe stomach ache. We try to put him to sleep but he can't be calmed down. He keeps sobbing, till he cries himself to sleep. And I keep asking myself, how long does this have to continue? He doesn't deserve this pain," - Jeet, father.

Jeet needs around 12 lakhs more to continue Saksham’s treatment. For a middle class man, this amount is near impossible to arrange. But a dedicated father, Jeet hadn’t given up. He mortgaged his house and got a lump sum amount. He also borrowed from his relatives and friends. That was how he could start the treatment.

“But now that money is over and there is absolutely no way that I can arrange for any more. I see my son suffering more and more, each day. He is getting weak, his smile - it’s vanishing from his face. I keep wondering if I will get my son back - the happy, smiling child who completed our lives…,” - Jeet, father.

Jobless and desperate, Jeet is looking up to you for help. His only son is fighting deadly cancer and he doesn’t have much time. Even a small contribution can bring back their lost happiness.
MS
Patient master saksham is 7 years old, living in New Delhi, Delhi
FG
Being treated in fortis gurugram, Gurugram, Haryana