These Parents Can Lose Their 5-Year-Old Who is Unaware Of Deadly Brain Tumour That Is Slowly Killing Him | Milaap
Receive tax benefits by donating to this cause. 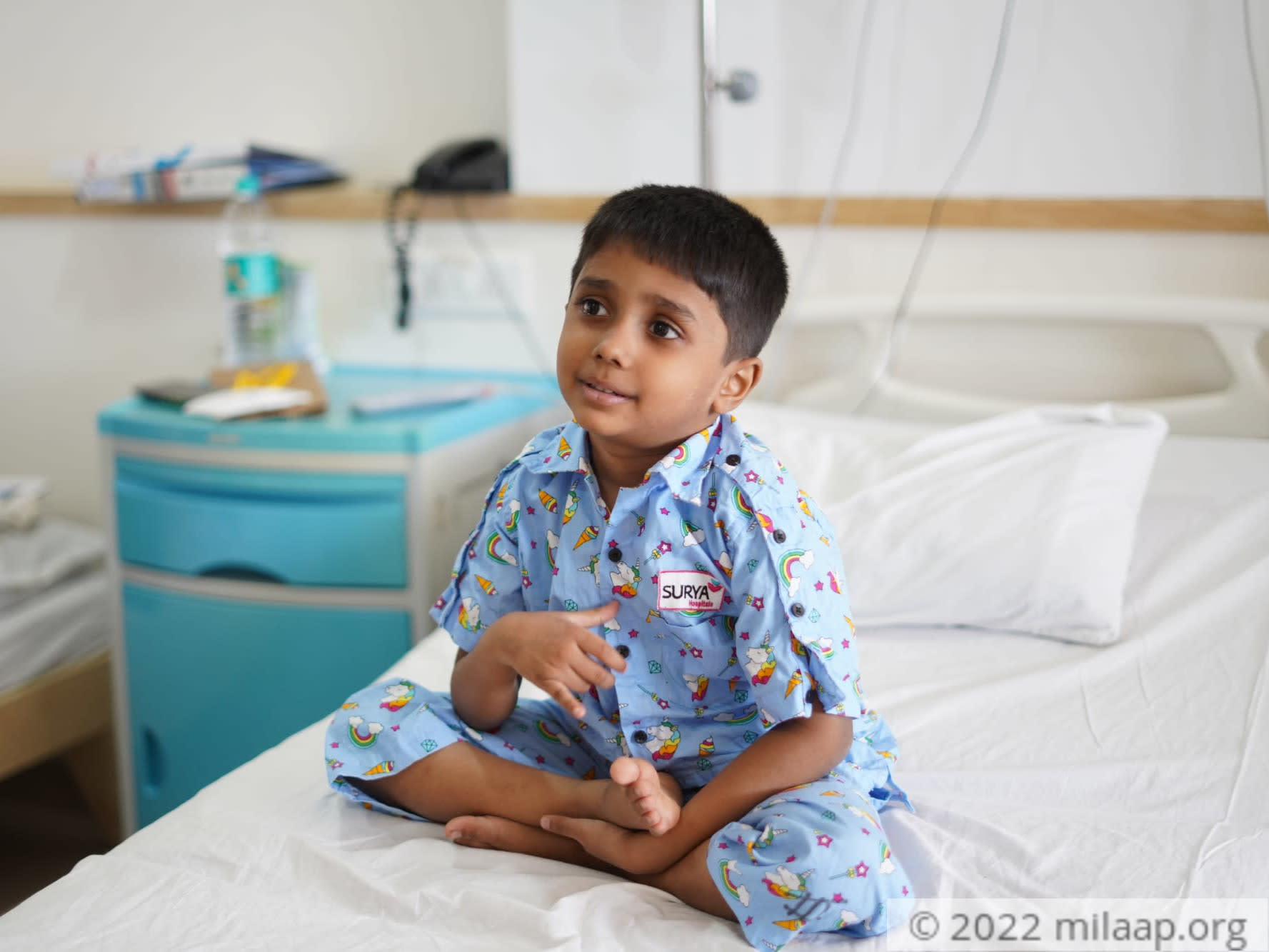 In a week, life as the Popkar family knew it, completely changed. Their two sons, Prajwal and Rohit, were playing outside last week. Prajwal fainted, slipped and fell, and was unable to get up. His parents initially thought he was messing with his elder brother. But when he didn’t wake up for a few minutes, his father carried him in his arms and rushed to a nearby hospital.

Throughout the way, I was praying and begging that my child was safe. But the news that he had a brain tumour and he fell unconscious because of it, crushed me. When my wife learned of our son's condition, she went quiet in shock. Knowing that our child's life was at risk, killed us. But we also knew we had to do everything in our power to save him.” - Avinash, father

Their life took an uncertain turn

5-year-old Prajwal does not understand the gravity of the situation. He still thinks something happened while he was playing, and despite being in a hospital for a week now and having undergone surgeries, he keeps telling his visibly concerned parents to eat and sleep next to him on time.

"He is a very caring child. The only time we breathed a sigh of relief was when the doctors told us that a surgery where they would remove the tumour would be enough to ensure that Prajwal lives a healthy and normal life. But the happiness was short-lived. The doctors told us the procedure would cost us additional Rs. 8.5 lakh. We are a family of four with only one earning member. Even if we sell everything we own, we won’t be able to arrange Rs.8.5 lakh.” - Padma, mother

This family is in dire need of your help

Prajwal underwent a surgery where the surgeons removed the tumour, as any delay would have cost the 5-year-old his life.

“We told the doctor to go ahead with the surgery. While our son was in the operation theatre, we were calling up our friends and family to arrange the money. So far, we have managed to collect and pay Rs. 2 lakh. Nothing is our own. Its is all borrowed money and loans from our friends.” - Avinash, father

Prajwal’s father is a contract employee at a small firm in Kurla, Mumbai, earning Rs.12,000 per month. He is worried about how he will arrange the pending amount in the upcoming days. They have exhausted all of their resources and now have no one to rely on, except the kindness of strangers.

“Our kids are our everything. We put up a brave face in front of them, but both my wife and I haven’t slept in days worrying about Prajwal and his treatment cost. I am helpless and I see no way out. No child deserves this, and no parent deserves to see their child in such a position. Every day is a struggle for us.” - Avinash, father

Prajwal deserves a life bereft of pain and suffering. His parents are anxious and want to see him back home being his jolly self – playing and arguing with his elder brother. Your contribution will help the family go back to their lives without the concern of treatment cost. Click here to donate.
MP
Patient Master Prajwal is 5 years old, living in Mumbai, Maharashtra
SH
Being treated in Surya Hospital, Mumbai, Maharashtra