This Father Is Running Out Of Time To Save His Son, He's Begging You For Help | Milaap

This Father Is Running Out Of Time To Save His Son, He's Begging You For Help 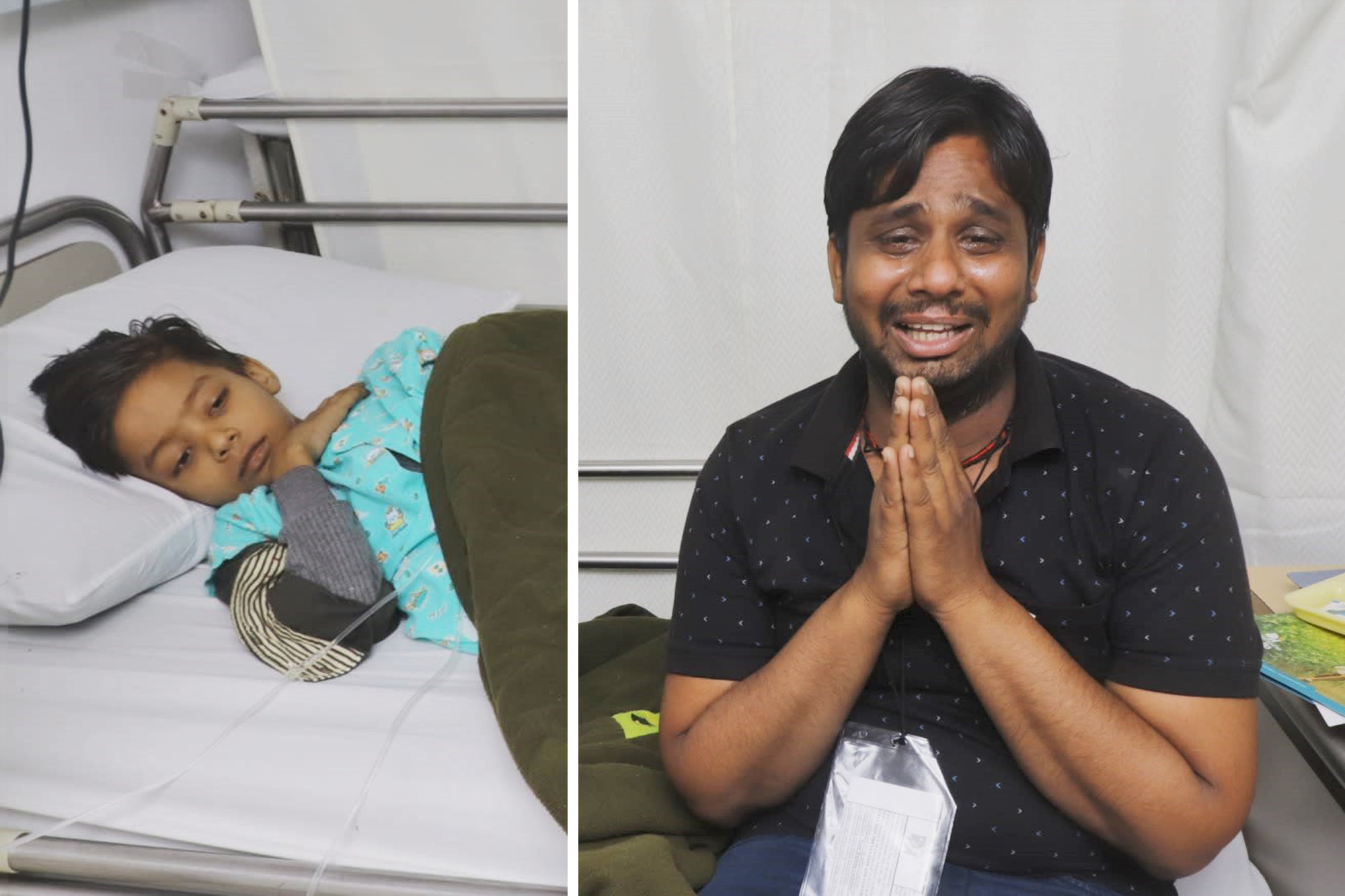 “There’s just no way I can save him in time, and it just breaks my heart! I’m here worrying and crying over how to arrange the next 5000 rupee medicine he needs, when the only thing that can save his life is a bone marrow transplant, something that costs more than 20 lakhs! I beg anyone who's reading this, please help me save him!” — Pradeep, father, breaking down

Naitik’s parents only have a week to get him the procedure he needs. If they fail to, their little one could die in their arms.
When Naitik started having dizzy spells this January, it was a cause for concern for his parents, and yet they had no way of knowing how horrible things were about to turn out. They took their son to the best clinic they could afford as soon as the problem started, but it was weeks before they got an official diagnosis.

“From the beginning the tests showed low blood counts, though the doctor wasn’t able to give us a proper diagnosis. From the clinic we were sent to a local hospital, where he was admitted for 1.5 months! They tried all kinds of treatments, from injections to blood transfusions. Nothing worked; he just got sicker and sicker.” — Lakshmi, mother

He tried his absolute best to save their son’s life

“By late February even the doctors at that hospital gave up trying to treat Naitik because they weren’t able to diagnose him. They ended up asking us to take him to Delhi, warning us that the costs would be far higher, but also explaining that it was the best chance Naitik had to fight whatever it was that was apparently killing him. I wasted no time and gathered as much money as I could, so that I could take him to Delhi. It was here that we got the diagnosis: severe Aplastic Anemia - a life-threatening blood-disease.”

“Doctors are saying the only thing that can save Naitik from his blood disease is a bone marrow transplant. That would help his body start producing healthy blood instead of killing him like it is now. But I’m just a street-side vendor! I’m under more debt now than I’ve ever been in my life, and no closer to saving Naitik than I was a month ago! Please, show us mercy and donate whatever you can. Help me save my son’s life!”