Despite A Failing Liver, This 16-Year Old Is Desperately Trying To Survive For His Parents | Milaap
Receive tax benefits by donating to this cause.

Despite A Failing Liver, This 16-Year Old Is Desperately Trying To Survive For His Parents 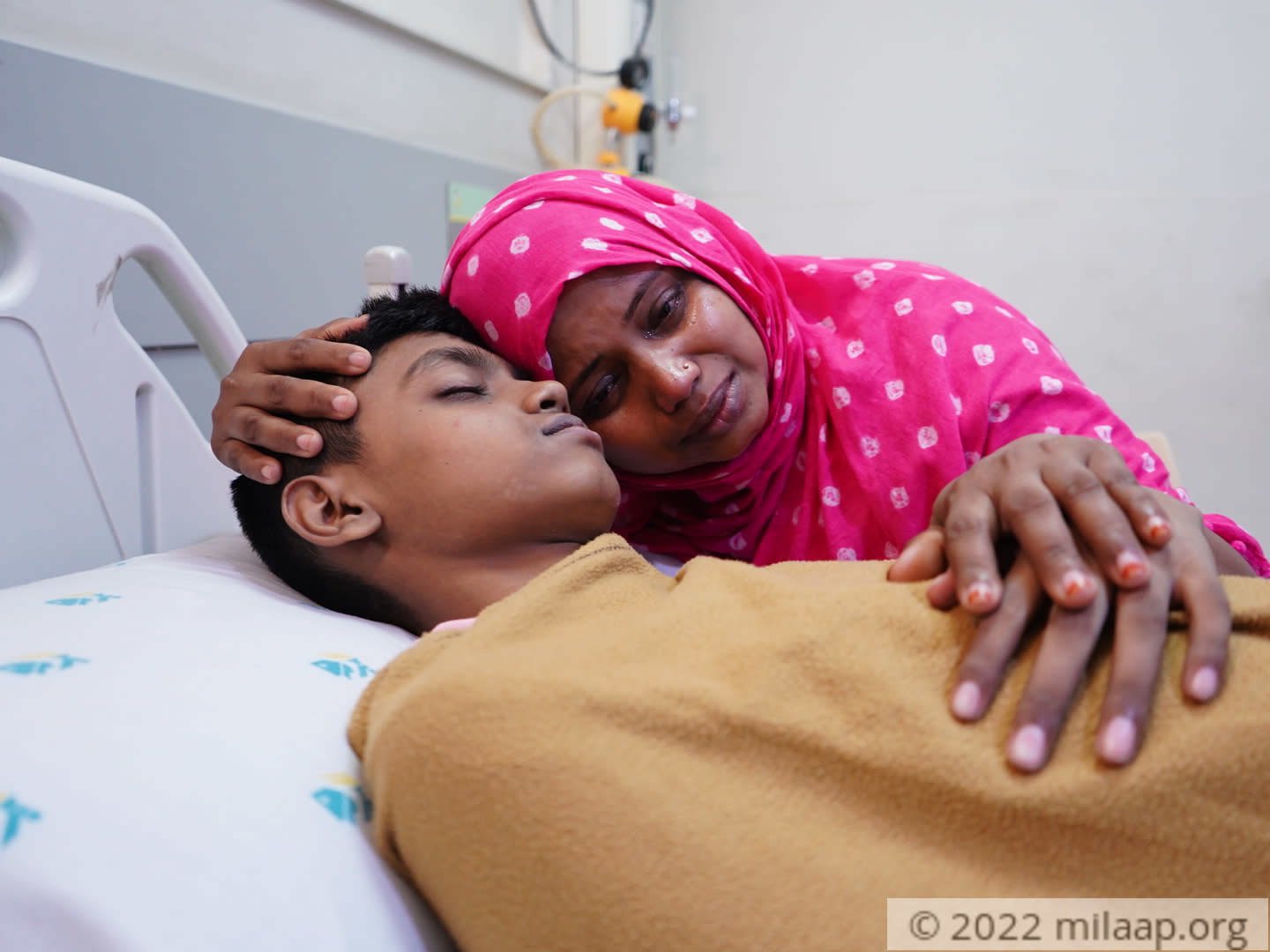 "I'm afraid but his liver is no longer in the stage where it can be revived, he will need a transplant urgently to survive", that one statement from the doctor broke Naseema's heart. Even in the darkest of times, she was keeping her hopes alive to be able to get her son treated before it reached this dangerous stage. But sadly, time didn't wait for her and it's still running, but now her fears have only intensified.

"It took just a week for my son's liver to fail completely, so I'm scared to even think of the days coming ahead. Whenever blood oozes out of Maruf's mouth, I go numb with dread, this is it… I'm going to lose my son forever. Despite all the pain, my son is still trying so hard to fight back to live but all his efforts will go in vain if he can't get that transplant soon." - Naseema, mother

His liver started deteriorating from the tender age of just 11

Maruf was merely 11 years old when he started falling sick. With medicines, he would resume his normal life but something was still bothering his parents. They took him to the hospital too, but all they heard was, his blood counts are low or he has edema (swelling) in the legs. This went on for years until his parents found out that his swelling was from liver cirrhosis due to Wilson's disease.

"I was barely able to move when my legs would swell up. I used to assume it's just tiredness from walking to school daily. But soon, my stomach started bulging out too and my scans revealed massive fluid build-up in my body. I would have to get them drained out regularly but it also meant frequent bleeding and a threat of infections that could attack me any time." - Maruf

Today Maruf is 16 but he has been struggling for 5 years with a drastically failing liver. His liver is unable to filter out the toxic metals in his body and now, years later that build-up has scarred his liver to an extent that he has copper deposits around his cornea too.

After his father lost his job, Maruf started doing odd jobs to support his family

Maruf's family was struck with poverty after the pandemic. His father lost his job at the factory and couldn't fend for his 3 kids and wife. With no option left, Maruf took odd jobs to be able to lay food on the table. But soon his chronic liver condition progressed and his body started giving up too.

Amidst all this, Maruf's medical expenses hit the final nail on the coffin, and there is absolutely no way left for them to get INR 26 lakhs for his transplant now.

"Being the eldest son, more than my life, I worry for the responsibilities I'm yet to fulfil towards my parents. And with time slipping from my hands, I fear there will be no one too look after my family if I'm gone." - Maruf, patient

Maruf couldn't continue going to the school due to his weak condition, but that didn't deter his dreams to become an engineer. He would still call his friends and ask them for notes to continue his education. After all, this is the only way he can give his family a better life and he didn't want to compromise on that.


But today, circumstances are breaking this boy's determination and only our help can help him go on. Would you help 16-year Maruf get a liver transplant urgently?