This Time She Made It Out Of The ICU, But The Next Time Can Be Fatal | Milaap
loans added to your basket
Total : 0
Pay Now

This Time She Made It Out Of The ICU, But The Next Time Can Be Fatal 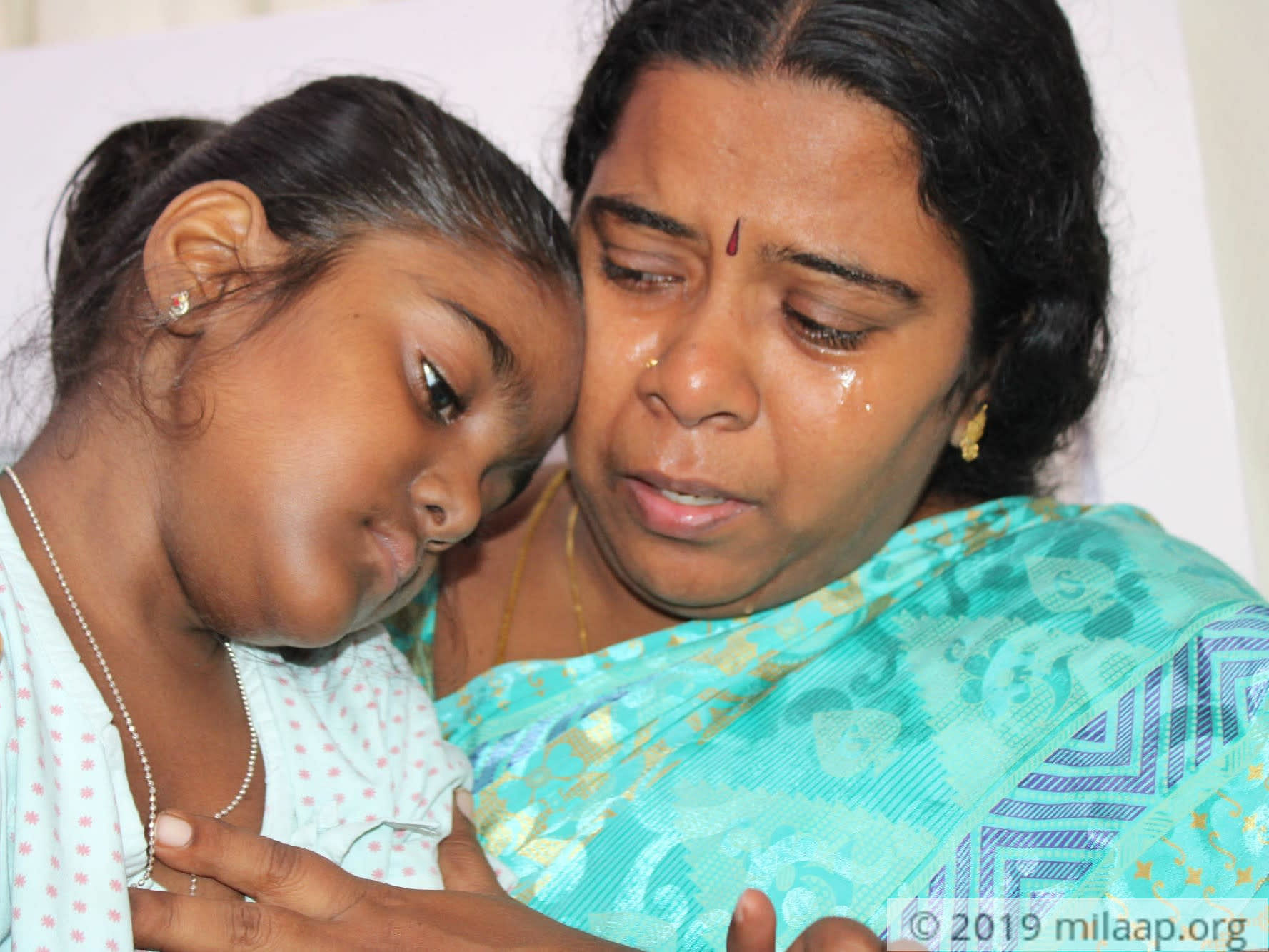 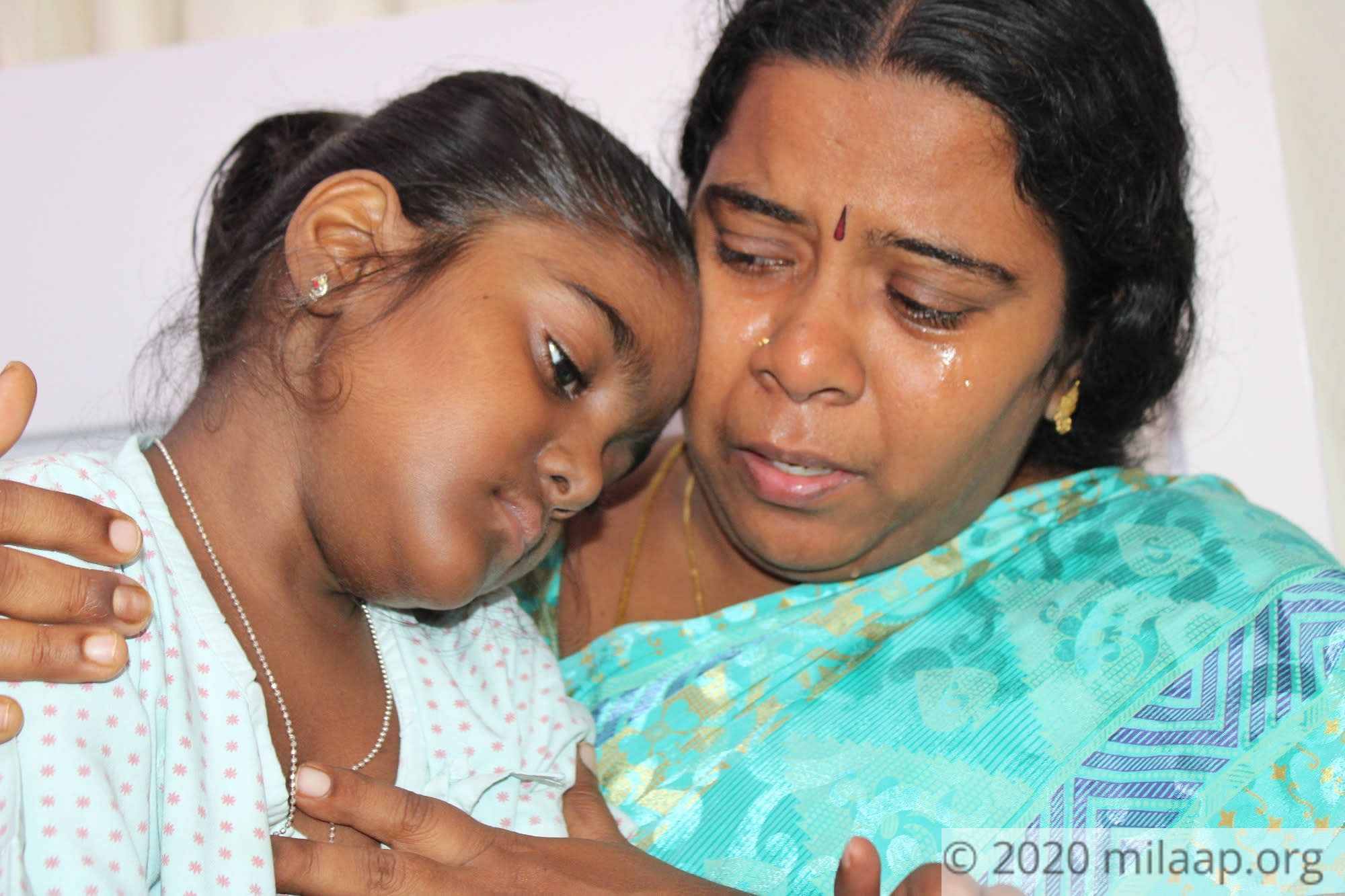 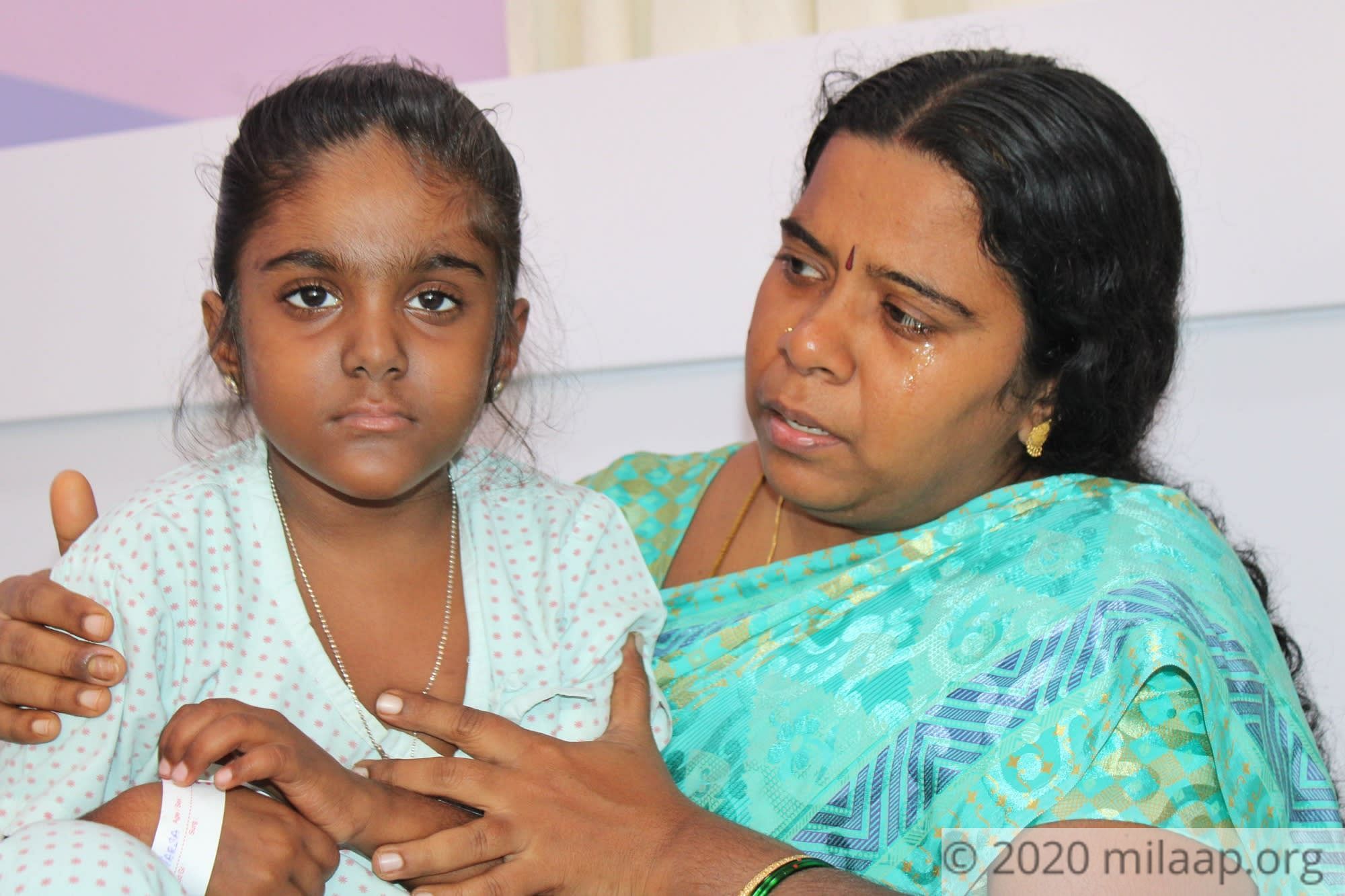 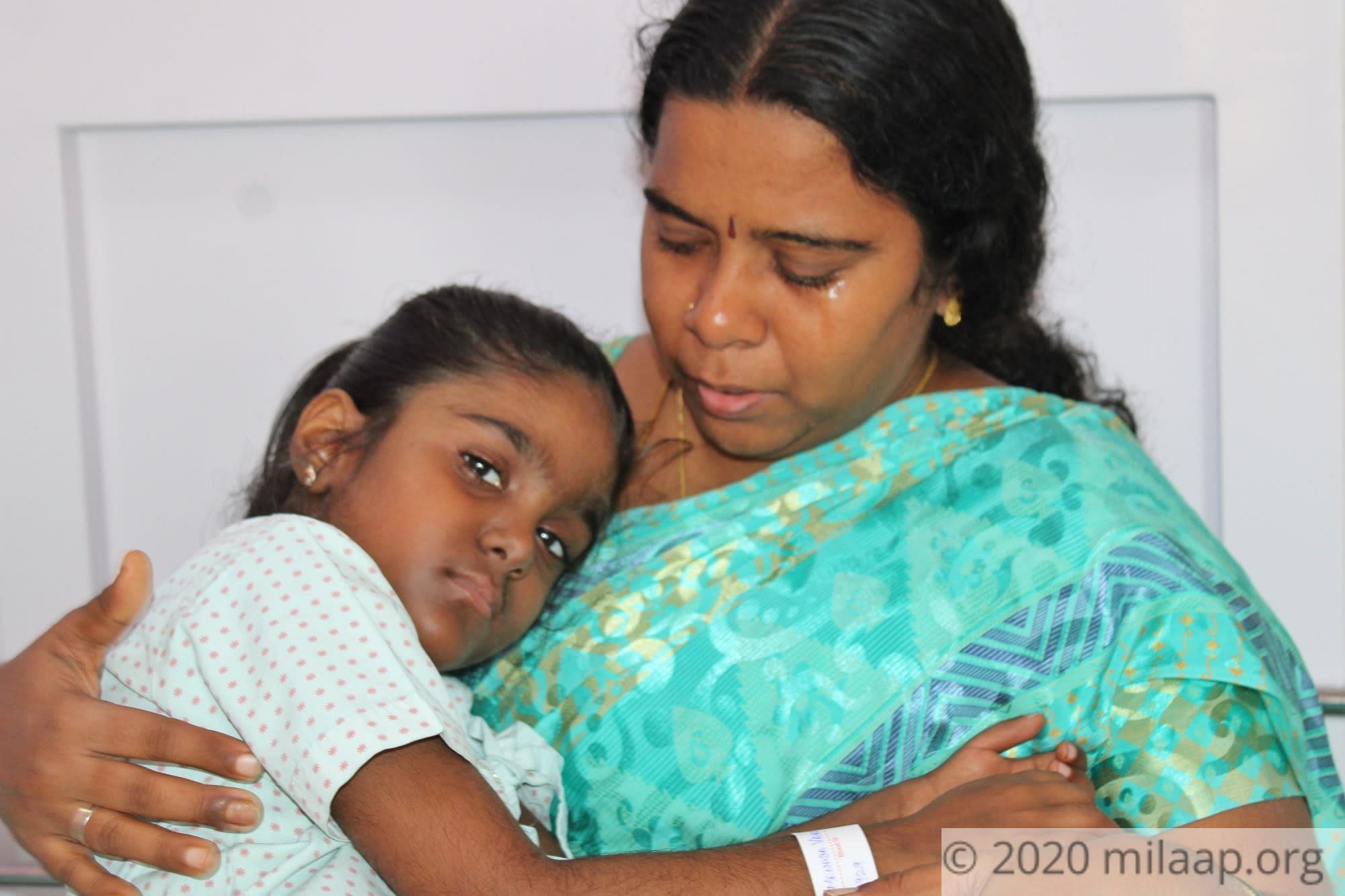 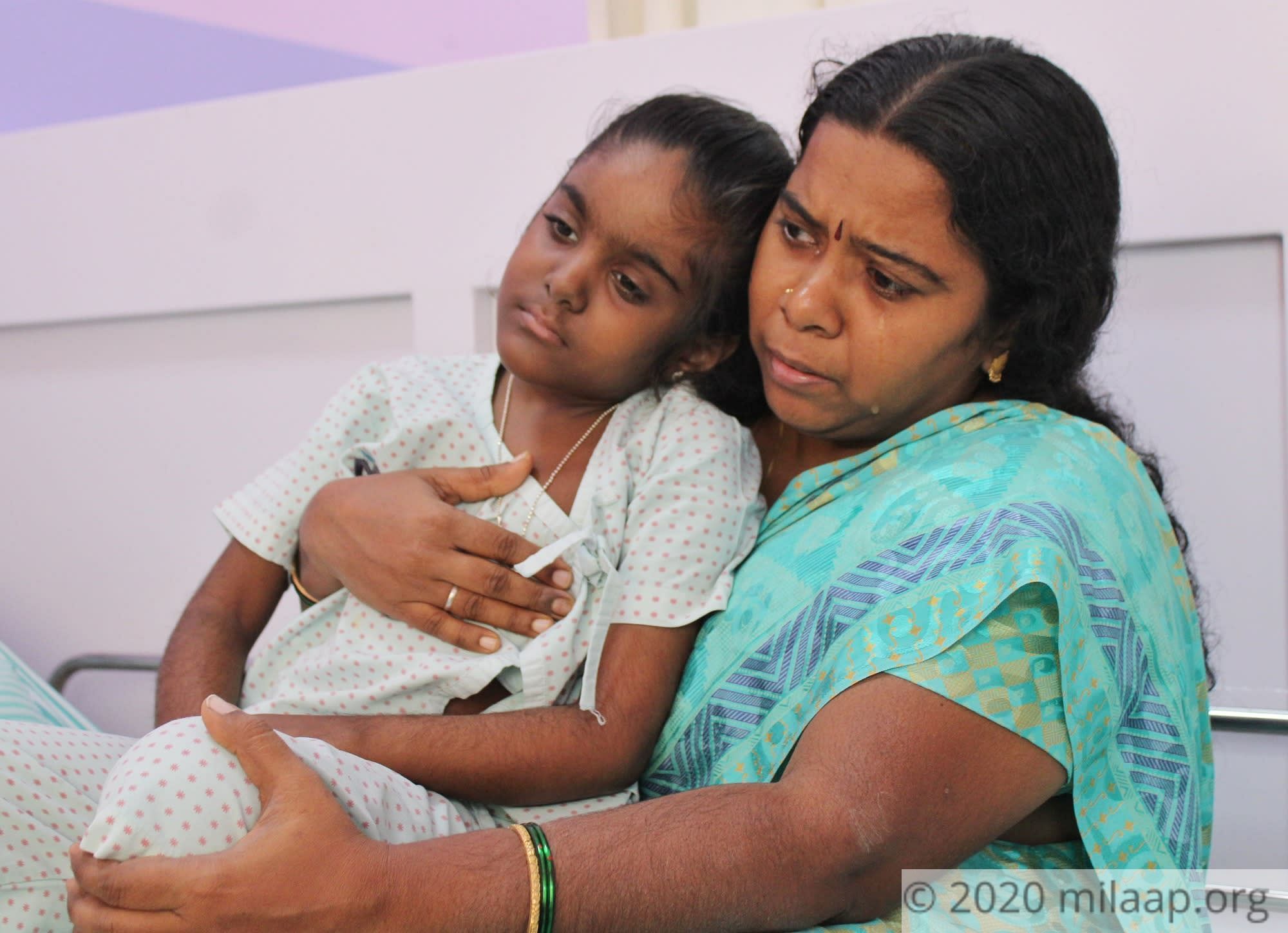 Share on facebook
After a gruelling 7 day stay in the ICU, 6-year-old Manasa is now back at home. But her fight with death continues. She is very tired and weak, she hardly talks to her parents. But Kaliappan and Janaki are relieved even if it’s just for the next 10 days. Their daughter is battling a severe blood disease and now only a bone marrow transplant can save her life. This time she made it out of the ICU. But if they can’t afford the transplant, she might not come back to them.

Just 2 months ago, when Manasa had a slight fever her parents took her to the hospital. But the test results shocked them. Their daughter was diagnosed with Aplastic Anemia. Manasa’s body had stopped producing new blood cells. In just days, her condition worsened. She started needing blood transfusions every 10 days.

“We had no idea about this disease. Only when we started going to the hospital regularly, we met so many other parents like this whose kids were suffering from this. But some of them were so sick, often bleeding from their mouth and nose. I tried picturing my little daughter like this but I just couldn’t…” - Janaki, mother.

Her pulse dropped - they thought she would never wake up

Manasa became critical a week ago. There was fluid buildup in her lungs, her pulse rate dropped - her parents feared that she would never wake up again. Fortunately, she did.

“But this might not happen the next time she becomes this critical. That’s what the doctor told us. He said without a transplant Manasa can’t be saved. But we feel so helpless. We know the cost is beyond our means. Our eyes fill with tears when we look at Manasa - it seems like she has given up. Her smile - it’s gone forever,” - Janaki.

Kaliappan fears he is failing as a father, he needs your help

Kailappan is a door-to-door salesman who sells bedsheets. There are some days when he makes only Rs 50. But instead of spending it on himself, he saves up for his daughter. He has already spent over 4 lakhs. His relatives and friends have helped as much as they could but that’s not enough.

“36.5 lakhs - that’s how much it will cost us. I can never arrange for so much. I feel so guilty and helpless. The only way we can save Manasa is with your help now…”- Kaliappan, father. 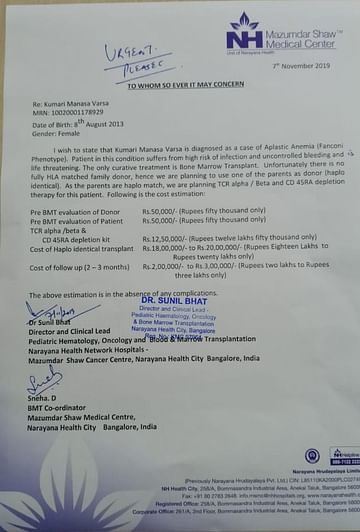 Click here to know more about Manasa
Donate now
OR
Click here to read the instructions before you make a bank transfer.

Hope she gets well soon

11 others have contributed
Click here to know more about Manasa

Donated to this campaign via Bank transfer/QR Code? Click here if you can’t find your donation listed below.
A
Asish donated Rs.5,000

Hope she gets well soon

I hope your daughter gets better