Cancer Has Brought This 12-Year-Old's Life To An Abrupt Halt, You Can Help Him Stand On His Feet Again | Milaap
Receive tax benefits by donating to this cause.

Cancer Has Brought This 12-Year-Old's Life To An Abrupt Halt, You Can Help Him Stand On His Feet Again 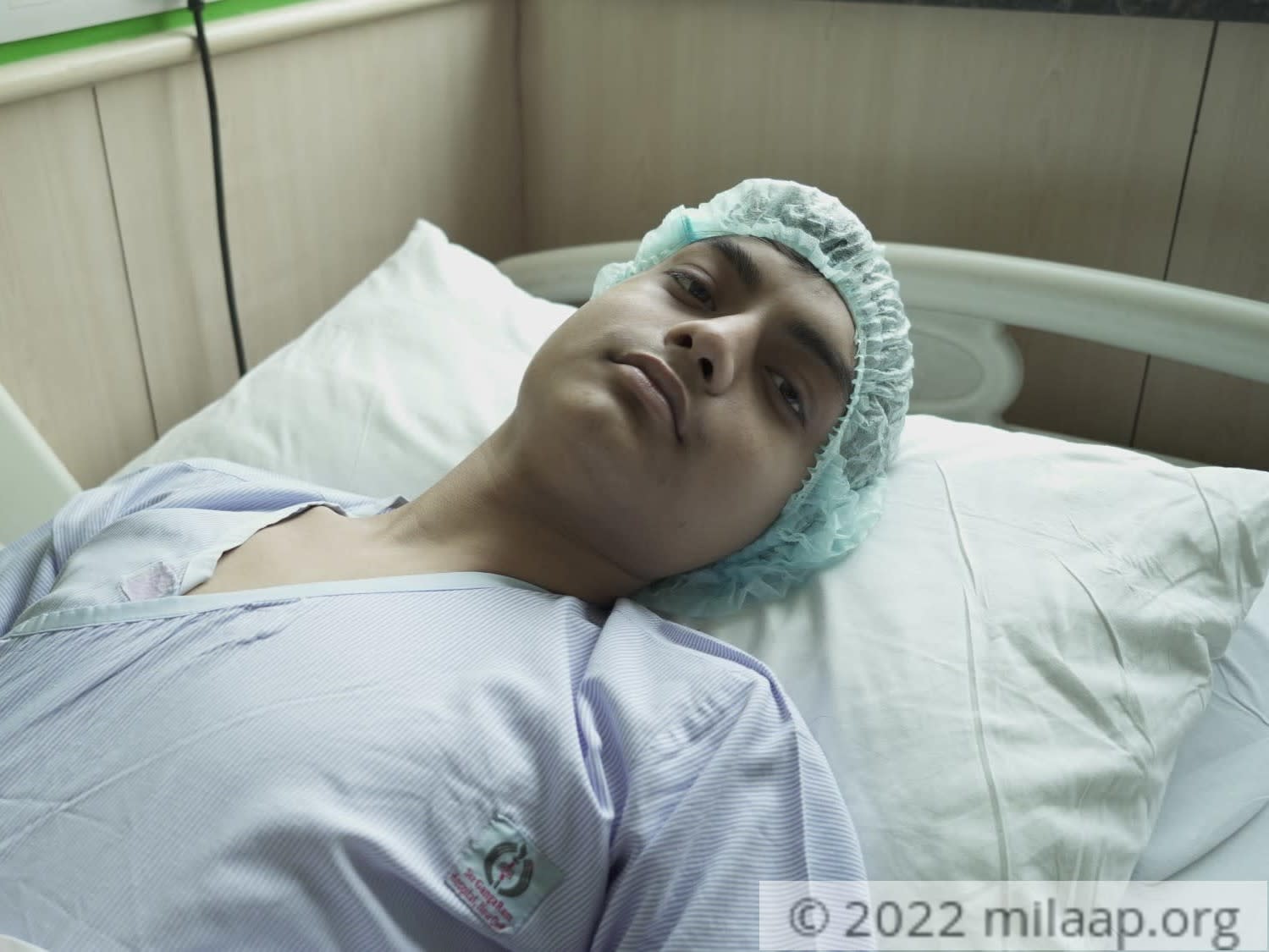 Share
Life came to a screeching halt for 12-year-old Kushagra, this January. It all started with what seemed like a mild, harmless fever, that refused to go away even after a month. After visits to more than three doctors, multiple medical tests, and a wrong diagnosis, doctors in a Delhi hospital gave the final verdict: it was blood cancer.
Kushagra's father described him to be a "studious, intelligent and mature boy". He was sporty and athletic, enjoying life like any pre-teen, until one fateful day in January - he was diagnosed with Precursor B-cell Acute Lymphoblastic Leukemia, a form of blood cancer in which too many immature white blood cells are found in the blood and bone marrow.

“Kushagra ran a fever in December, and I took him to local doctor, who said it is due to low haemoglobin and gave iron tablets. But the fever persisted for three more days. The doctor prescribed him antibiotics, but they had no effect on him. Then, I took him to another doctor, who said it is typhoid. Another said it was malaria. For a month, we ran from one doctor to another with no respite. It was so distressing for the whole family." - Brij Mohan, father.

After spending a whole month with no respite from the fever, Brij Mohan took his son to a renowned hospital in Delhi.

“When I saw the nameplate and specialisation of the doctor, I lost my mind. I realised my son had cancer. He was such a healthy boy. How could he have cancer? My brain stopped working. We did a bone marrow test and doctors confirmed it to be blood cancer." - Neeta, mother

Kushagra is currently undergoing treatment and is expected to remain in the hospital for the next six months, where he will be adminstered chemotherapy.

After losing his job to the pandemic, he is struggling to afford his son's treatment

Brij Mohan, who used to earn a living by giving private tuitions to school students, lost his means of income due to the pandemic.

“I am the sole earning member of my family and I hardly have an income now. I have already spent around 2 lakhs on Kushagra’s treatment so far. He is only 12 years old, but he is mature enough and aware of the financial situation at home. When he sees the hospital bill in my hand, he wants to know the amount. He is worried about the expenses and I have to lie to him. He thinks his treatment expenses will be a burden on me.” - Brij Mohan, unable to hold back tears

Kushagra's treatment will cost his parents a whopping INR 15 lakhs, which is beyond their means.

“Doctors are saying that Kushagra has high chances of recovery and can lead a normal life with proper treatment." - Brij mohan

You can help by contributing towards Kushagra's campaign. Click here to donate.