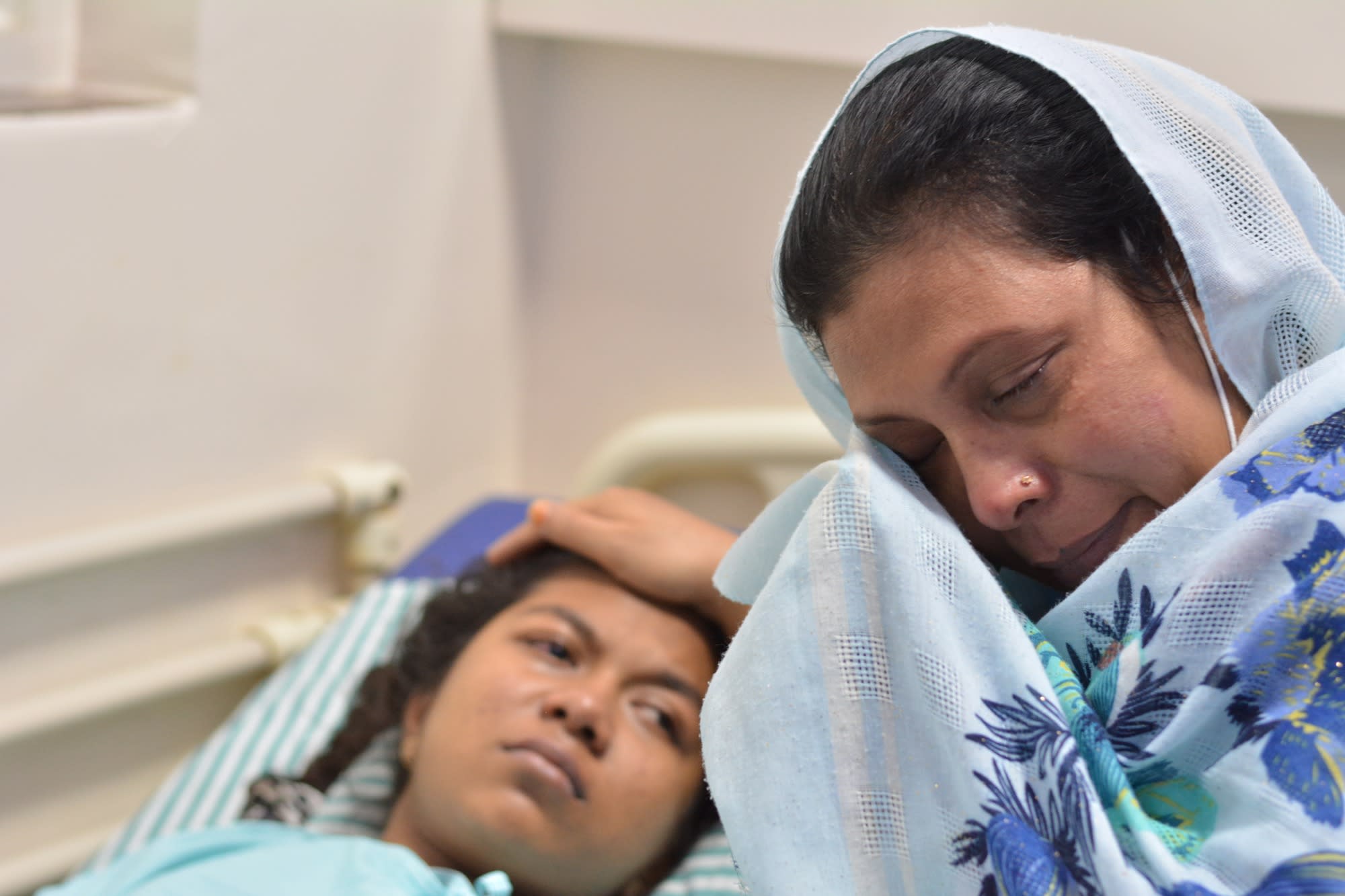 “My husband and I tried our best to pretend everything was fine, during those months. Even as we gave Elme her medicines in the mornings, we would smile at her and kiss her forehead as if there was nothing wrong. But at night, when we’d go to bed and it was just the two of us... we would just hold each other and cry ourselves to sleep.
We would try all day to put on a happy face and positive attitude for Elme’s sake, but the truth was that a doctor told us she was dying of cancer. And we had realized that we could never afford the only treatment that could actually cure her...” — Sharmin, mother, trying to hold back tears

Young Elme’s troubles started in late October 2020, when she developed a fever that refused to go. Her parents, suitably concerned after a month of this, had taken her to a local hospital for a thorough check-up, thinking maybe she just needed medicines that were stronger than the over-the-counter kind they’d been giving her.

“But when the reports came back, they said there was something wrong with her blood. As a precautionary measure they tested her for cancer as well and... it came back positive! Our only daughter was diagnosed with blood cancer!” — Rahil, father

“We brought her to a big city hospital in December, praying and hoping things would turn out fine. But, almost immediately, our hopes were dashed. After looking at her reports, the doctor told us her cancer was very advanced, and that the only way to surely defeat it was chemotherapy, followed by a bone marrow transplant. We begged and cried, explaining that there was no way we could afford something like that. That’s when the doctor said there were some medicines we could try. If luck was on our side, her condition would start improving with just the medicines alone. But even though we gave her the entire 3-month course without missing a single dose, the cancer only got stronger instead of weaker!”

Only an urgent bone marrow transplant can save Elme now

This 13-year-old's cancer is already reaching end-stage. Constant fevers, uncontrollable vomiting and such severe weakness that she often can’t even lift a glass of water to her lips, are indicators that this poor girl’s time will run out without intervention. But with no access to the funds, her parents are helpless to continue treatment.

"We had to get her hospitalized immediately and get chemotherapy started. We’ve already spent more than 10 lakh rupees so far, all of it borrowed from kind friends and relatives. All just to keep her condition from getting worse. I have no money for anything more! Please, show my daughter some mercy and save her life, because I can’t!” — Rahil

Rahil used to work in a small hotel till he lost his job during the lockdown. He’s been struggling to find employment ever since, and now all this.
You can help this family by donating. Your generosity could save a young girl’s life.
KE
Patient Kumari Elme Akter is 13 years old, living in Bengaluru, Karnataka
NM
Being treated in NH Mazumdar shaw medical center, Bengaluru, Karnataka