This Mother Is Terrified That Her Child Could Die Any Moment, She Hasn't Eaten In Days | Milaap
loans added to your basket
Total : 0
Pay Now

This Mother Is Terrified That Her Child Could Die Any Moment, She Hasn't Eaten In Days

“Two days ago, all of a sudden, he became so restless. I tried my best to calm him down. Hug him. But he kept pushing me away. He was gasping for breath. We got very scared. We immediately booked an ambulance and took him to Jaipur. They said he had to be admitted,” - Seema, mother.

Kuldeep was burning with fever when he was admitted. His entire body was yellow from the jaundice. Listless and tired, he was almost on the verge of fainting. After 24 hours of hospital stay he is no longer critical, but his life is still in danger, and only a bone marrow transplant can save him. 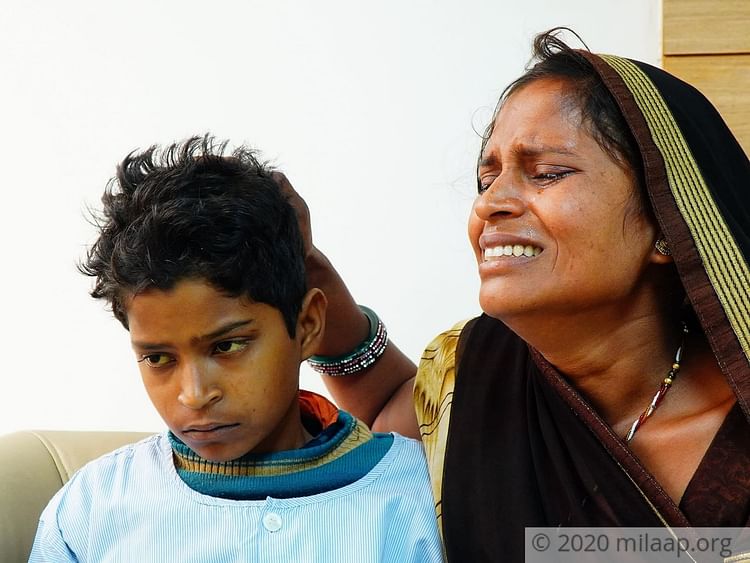 Kuldeep misses school, he doesn’t know what this dangerous disease is that is killing him

Kuldeep has been suffering from hemolytic anemia - a blood disorder where red blood cells are destroyed by the body faster than they can be produced – for the last few years. Medicines, injections, none of them have made him any better, with his daily-wage parents having spent over 3 lakhs in the last one year alone. For the past month or so, poor Kuldeep's condition has worsened severely, and he was forced to stop going to school. 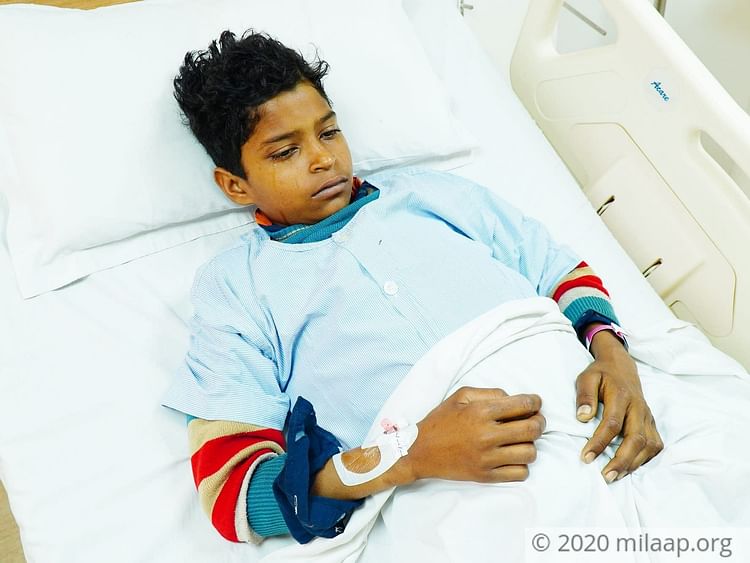 “We haven’t told him about his condition. But he is smart, I am sure he has guessed it all. I am sure he thinks that his poor father wouldn’t be able to save him. I can’t even tell how helpless I feel as I see him lying on the bed - sad and in pain. He keeps asking me when he can go back to school, I don’t even have an answer,” - Purushottam, father.

Seema has almost given up eating, she fears she will lose her son

It’s been days since Seema has eaten a morsel of food or had a peaceful night’s sleep. She knows about Kuldeep’s disease but a mother’s heart doesn’t always want to accept the severity of the condition. 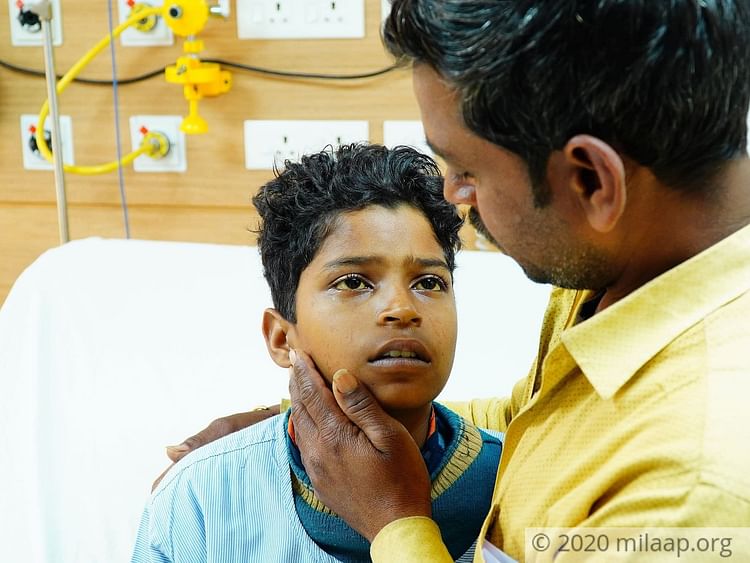 “I thought he would be fine soon, I thought the medicines would work. But two days ago I watched him be on the brink of death. I am scared that if we are unable to gather the funds, we will... we will lose Kuldeep,” - Seema, mother.

Kuldeep needs a bone marrow transplant in the next few days that would cost them 23 lakhs. Purushottam and Seema together make some Rs 5000 in a month by working on others’ farms.

It is impossible for them to arrange for such a huge sum. They are looking up to you for help.
Donate

His Condition Is Deteriorating With Every Passing Day

Kuldeep's parents are helpless, they need your help to save their son