Thalassemia Ruined His Childhood And Now It Will Take His Life Without Urgent Transplant | Milaap
Receive tax benefits by donating to this cause. 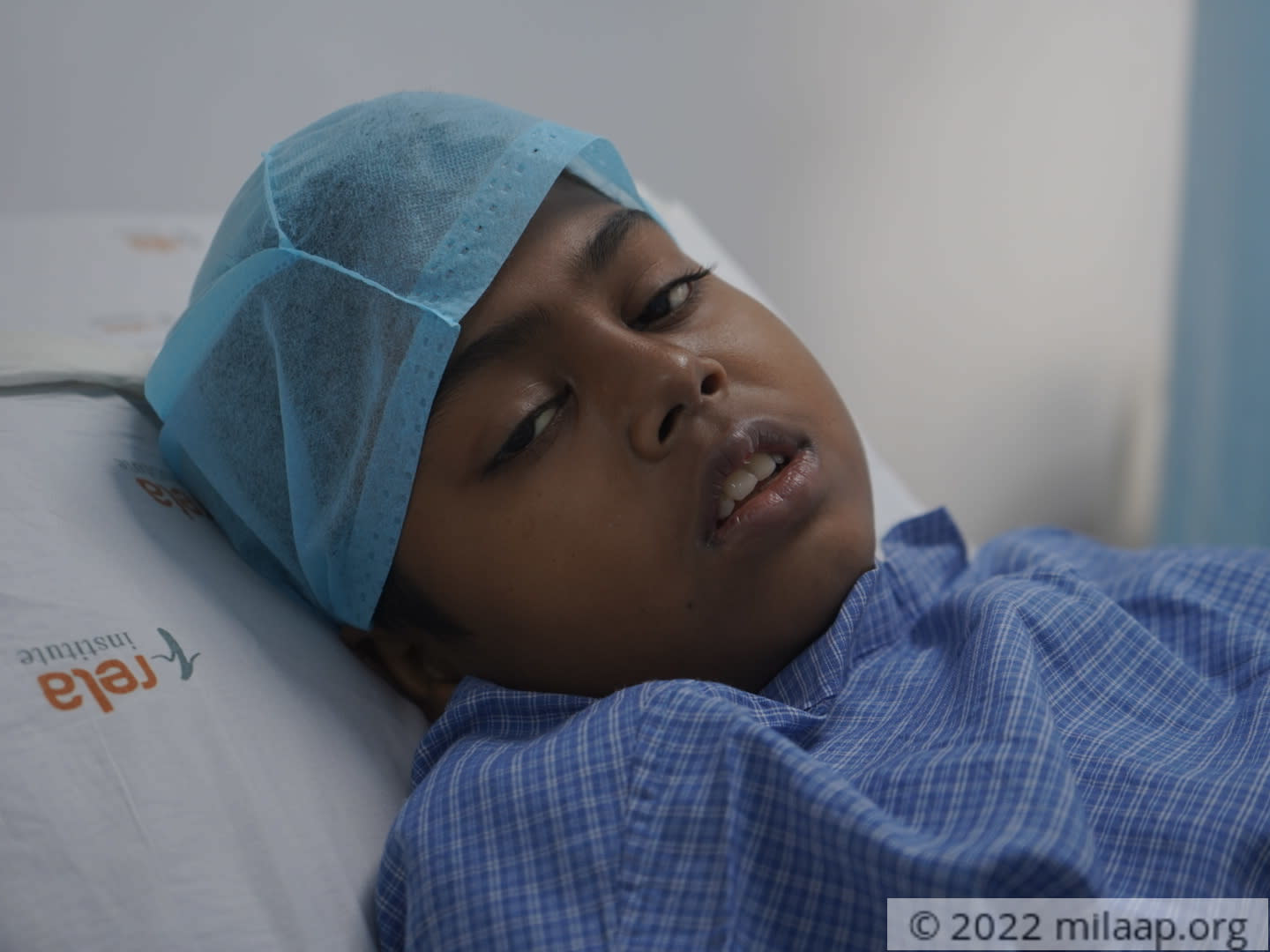 Share
16-year-old Krishna Teja never had a normal life. He had been surviving on blood transfusions since he was six months old. He spent most of his life in the hospital getting blood transfusions. While kids of his age would play outside, Teja is never allowed to go out as even a small infection is life-threatening for him. Teja would often ask his mother, ‘Amma, Do I have to live like this forever? Is there no solution to my suffering?’


Krishna Teja’s birth brought joy into her mother Siri's life, who had lost her brother in an accident just before Teja’s arrival. He was loved by everyone dearly. Everything seemed alright until 4 months after his birth, his appetite started decreasing and he stopped drinking milk. After consulting many doctors, they came to know Teja has Thalassemia, a condition due to which Teja’s body cannot produce enough red blood cells.

“We’ve struggled a lot for our son’s treatment. Every month we had to travel all the way to Vellore from___for his transfusion. And every month it was no less than hell as we watched our son go through those painful transfusions. At times when there was no blood available for the transfusion, I would go ask a cloth seller or whoever I came across to donate some blood for my son.” - Siri, mother

Amidst the pain and mockery, Krishna hopes that the transplant can end his suffering

Krishna Teja, like any other teen, loves to go to school, play with his friends, and now he wishes to ride a bike. Amongst all these, singing is the one he’s most fond of.  But he isn’t that fortunate to do whatever he likes because of his health condition. Every now and then, his body weakens, he vomits everything he eats. He cannot walk or talk to anyone until he gets a blood transfusion.

“The blood transfusions have stunted my son’s growth. He is mocked by others because of his voice and height. They say he has a girlish voice and he looks like a 7th standard kid. Now, he doesn’t even go outside even if I force him to. He lost confidence in himself. He’s missing out on everything because of this disease. It is heartbreaking to see him like this.  -Nagamani Rao, father

Earlier he used to get transfusions once a month but now he needs it every 10 days. And in the coming days, even they might be of no help. The only solution for Teja’s endless suffering is a bone marrow transplant.

Nagamani Rao works as a seller in a plastic shop. He has put all his strength and efforts to make sure that Teja gets his transfusions on time. He had to sell his house and his wife’s jewellery to meet the transfusion expenses. He got some help from his friends, relatives, and colleagues for the transfusion. Having completely exhausted all funds for Teja’s treatment, Nagamani Rao is reaching out for your help.

“Even my monthly earnings aren’t enough for Teja’s treatment. Some of the people I know were generous enough to help me. But now, I have no help to arrange such a huge amount for the transplant. All these years of stuggle would go in vain if I cannot save him.”
- Nagamani Rao, father

Krishna Teja wishes to live a healthy life and it is only possible with your kind and generous contribution.
KT
Patient Krishna Teja is 16 years old, living in Vijayawada, Andhra Pradesh
DR
Being treated in Dr. Rela Institute & Medical Centre - Multispecialty Hospital, chennai