Deadly Cancer May Take 9-Year-Old's Life, Whose Only Wish Is To Go Back To School | Milaap

Deadly Cancer May Take 9-Year-Old's Life, Whose Only Wish Is To Go Back To School 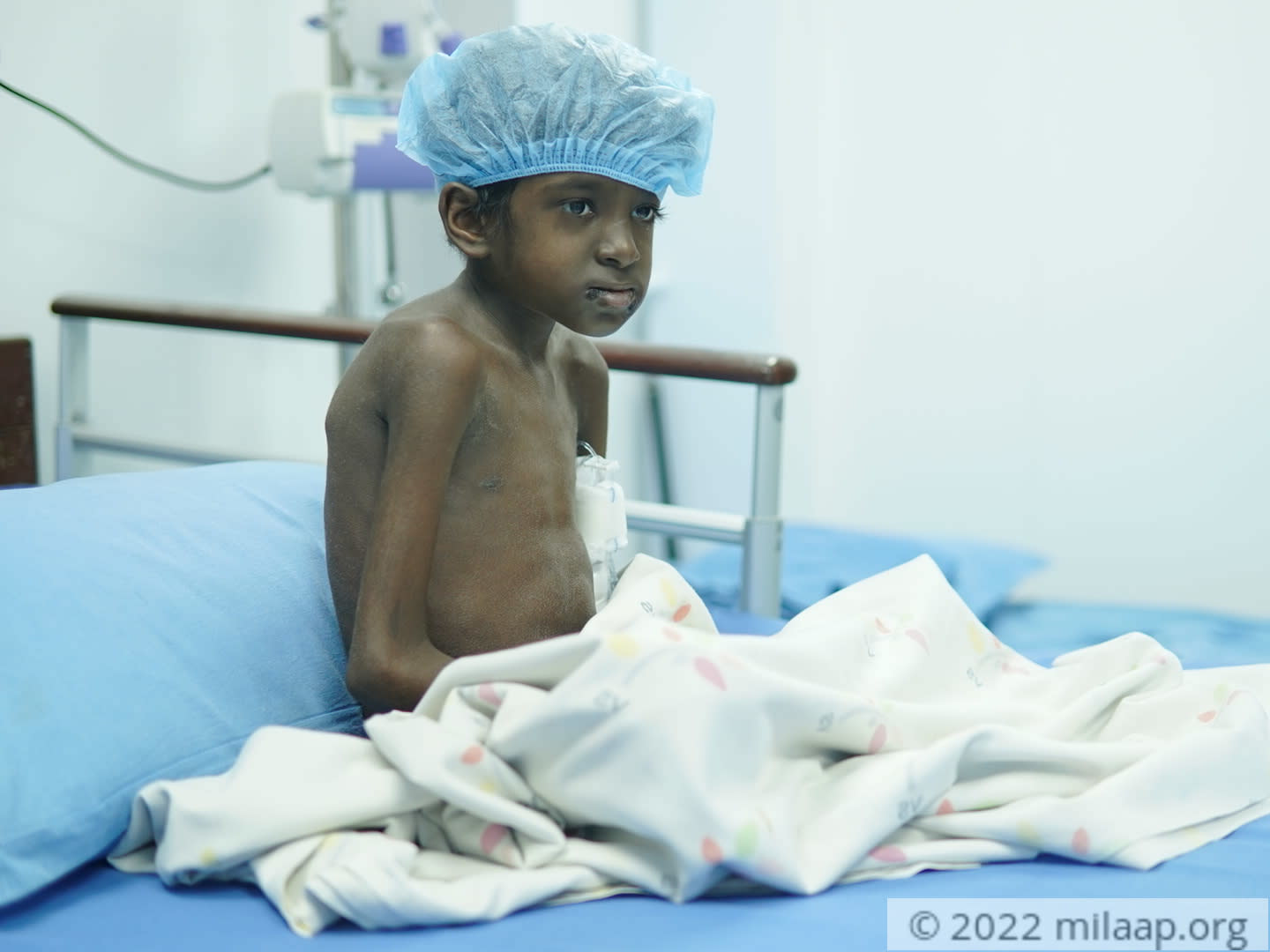 Share
In the last one year, there has virtually been no instance where 9-year-old Kowshik has not suffered from fever. On the worst of days, it is accompanied by cold and body pain. The reason for Kowshik's distress is not a mild ailment, but a deadly cancer. Yet, even on his worst days, Kowshik is optimistic. Despite his compromised immunity due to cancer, he still rushes to school, every chance he gets.

“School had reopened for some days this year, after the COVID-19 restrictions were eased. We did not want Kowshik to go to school because of his condition. He had lost a lot of weight and had become unrecognizable. But he never listens. He says – “What if this is the last time I get to go see my friends and teachers?” - Girija, mother, in tears.

Kowshik is suffering from acute myeloid leukemia (AML), A type of cancer of the blood and bone marrow with excess immature white blood cells. AML progresses rapidly, as cancer cells interfere with the production of normal white blood cells, red blood cells and platelets. Kowshik’s condition is so severe that he needs an urgent bone marrow transplant or he will not make it.

A persistent fever that refused to subside

Kowshik has always been a lively and energetic child. He made sure to bring a smile on the faces of people he interacted with – be it his own parents or complete strangers. He also never got sick that often. This is mainly why his parents were worried when he started getting regular fevers in January, last year.

“We thought it could be Covid at first. But tests were always negative. We took him to different hospitals but the fever never went away. Doctors said he has no blood (anemia). Then they said later that he has cancer. We were heartbroken.” -Thalaimani, father

Loans have burdened this family and they are struggling

Due to the severe and complicated nature of the cancer that is slowly killing him, Kowshik needs regular blood transfusions in addition to chemotherapy. He is always in and out of ICUs because of his critical state. Only a bone marrow transplant can keep him alive, but his parents have no way to fund it.

“My husband, is a farmer. I am just a housewife. Even before hospitals and medicines became our life, we were struggling to make ends meet. As we had no savings, we had to take loans from loan sharks and other private sources to fund initial treatment. Now doctors are saying he needs a bigger surgery – how will we afford that?” - Girija .

Oblivious to his family’s struggles, Kowshik thinks he can leave the hospital one day after beating his illness. He spends his days and nights asking his parents when he can go back to his old life.

Kowshik can get a second chance at life with your help. Click here to save him.
K
Patient Kowshik is 9 years old, living in Cuddalore, Tamil Nadu
VH
Being treated in VS Hospitals, Chennai, Tamil Nadu