These Parents Don't Know What Leukemia Means, But They Know It Can Kill Their Only Daughter | Milaap
loans added to your basket
Total : 0
Pay Now

These Parents Don't Know What Leukemia Means, But They Know It Can Kill Their Only Daughter 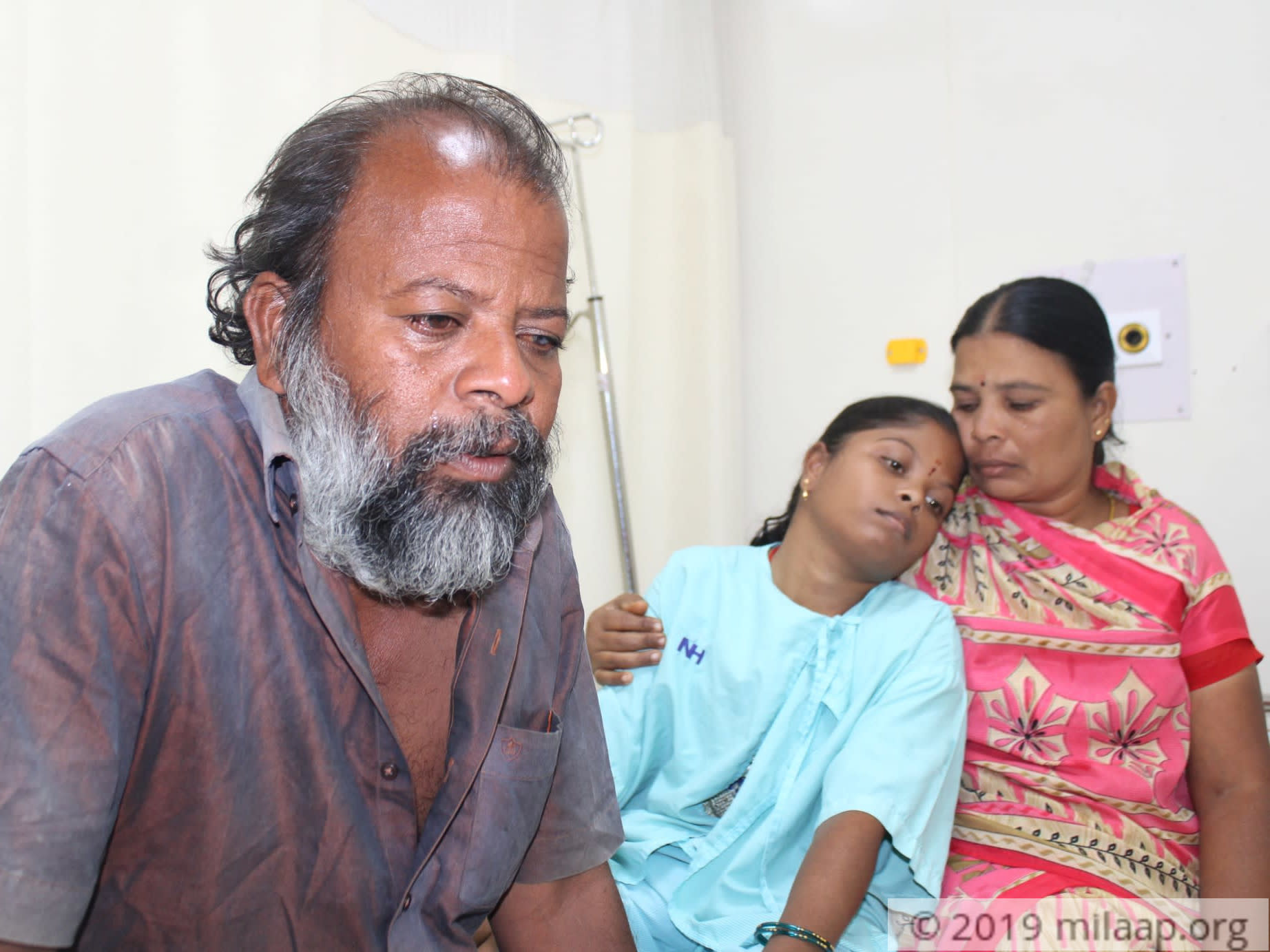 “Years ago, when I was to have my first child, it was a still-birth. After 9 months of being with that baby, I couldn’t take the separation! I was later blessed with another child, my Komadhi. I am terrified now, because if 9 months could hurt so much, what’ll I do if I lose my daughter after 15 years!?” – Shanti, mother.

Komadhi had many dreams growing up, and loved going to school. Every evening, she came back home with a new aim in mind. One day, she’d want to be a doctor and an engineer the next; on some days, a collector, and an artist on the others. Being the only educated girl in her family of coolies, she made them proud. Left to her, she never missed a class. But there came a time when she was in the 6th std, when she couldn’t cope. She ignored her parents’ urging, and continued going to school. But her legs began to ache miserably and then one day, gulping her tears, she had to admit that she couldn't go to school anymore. Her health would not let her.

They knew she was a weak child, but never thought she’d be battling cancer

Even as a baby, Komadhi often fell sick. But the parents were told it was nothing to worry about. But as years passed, her health deteriorated. When she was 10 years old, she fell sick more often, with her fever being recurrent. Cold and cough once contracted, stayed for weeks.

“There are so many doctors we’ve taken her to!  We concluded she was born with very less immunity and it was normal. But things worsened when she suffered from leg ache. She couldn’t walk, and would wince to even lift her legs. After months of tests, she was diagnosed with cancer. She has leukaemia, they said. I do not know what it means, but I know it can kill her!” – Kuppuswamy, father.

They can’t even afford a roof over their heads, how can they help their daughter?

Having lived in a hut all their lives, they saved up and built a house with a thatched roof, all for Komadhi. It’s been 10 years now, the roof is broken in places, and water seeps in when it rains. They haven’t been able to afford a roof; they have no idea how they are going to gather 24 lakhs, which is how much her surgery will cost.

“Both of us are coolies, and we seldom have work these days. Even with both of us working, we have never earned more than Rs. 3000 a month. Now with Komadhi this sick, and the rains too, we are without income. We are people who depend on ration for food. Once that’s over, we go to bed with empty stomachs. God has been merciless, giving our Komadhi such a big disease!” - Kuppuswamy.

Never having been educated themselves, the parents dreamed of higher education and a good job for their little girl. Today, they're struggling to keep her alive. You can help!

May god bless you with better health