Krishna Fought Blood Cancer Once By Selling His Land, But Now His Cancer Cells Are Growing Again | Milaap
loans added to your basket
Total : 0
Pay Now

S
You are sending a message to
Satyabhama
Go back

Krishna Fought Blood Cancer Once By Selling His Land, But Now His Cancer Cells Are Growing Again

Shares
Shares
Share on whatsapp
All his life Krishna has helped everyone around him, from close friends to complete strangers. But now he requires help and support from everyone to stay alive.


Krishna Kumar, a 40-year-old, is a resident of West Delhi. He is the sole bread earner in his family. With a 3 member family, Krishna was happy with his wife Pallavi and 7-year-old Kavya before he was diagnosed with Acute lymphocytic leukemia (ALL)- a type of blood cance in 2014.


The sudden abnormalities he suffered shocked us

Krishna and Pallavi have been married for 12 years now. Irrespective of any work he had, Krishna always had dinner with his family every night. In May 2014, things were however little different. Krishna felt extremely tired after coming back home from the office.

"I wanted to tell my school stories to papa like every other evening, but he didn't listen to me. He slept off early and didn't have dinner with us", little kavya complained to her mother.

The level of fatigues increased tremendously for Krishna within a week. His wife was scared about the abnormality and rushed to the hospital. After a series of tests when the reports came, Pallavi was shocked to hear such a devastating news. Krishna was detected with Blood Cancer. He was advised to undergo chemotherapy followed by a Bone Marrow Transplant at the earliest.


Pallavi and her in-laws brought Krishna to Artemis Hospital in Gurgaon within a month. He underwent a couple of cycles of chemotherapy and finally, the BMT was done.

"We are from a middle-class background. Detected with an expensive disease like cancer shattered us. When I was told about the cost of the treatment, I didn't know how to arrange almost 25 to 30 lakhs. I broke down completely. I never imagined something like cancer could ever happen to my husband. But the only thought that kept me going was the face of my Kavya", said Pallavi

Since the family did not have any other source of income, Krishna had to sell off his ancestral property in Deoghar district of Jharkhand to continue his medical expenses.

His daughter helped him overcome the pain
The father-daughter relationship between Krishna and Kavya had a huge impact on her life. Although Kavya is too small to understand the importance of a word like 'cancer', she can gauge the pain the family is going through.

"I was worried about Kavya and Pallavi and I knew I will have to keep going. Kavya had to discontinue her studies since we could not pay her school fees. The very thought of Kavya being a school dropout made me feel guilty".

By the end of 2014, Krishna was brought back to Delhi. For almost 2 and a half years, things improved a lot. Although he was on medication and frequent check ups, Krishna still managed to travel almost 20 km per day to reach office.

The news of his relapse shattered him

Krishna underwent routine blood tests and was on anti-cancer drugs for these years. However 2 months ago, his blood reports showed some peculiarity and the doctors declared that the cancer cells were growing. "It seemed as if the cancer cells never wanted to leave his body".


The doctors have advised Krishna to consume an anti cancer drug called Ponatinib. It is an extremely expensive drug, costing about 5 lakhs for 60 tablets (which needs to be consumed in less than a month). Krishna has consumed one of these bottles already and has been prescribed to finish another bottle before he goes for a second BMT.

They have tried everything possible to help him

For the first round of treatment, the family had sold off their property. Medical bills have exhausted all their savings and they have nothing left. The doctors have now planned for a second BMT for Krishna Kumar. The relatives have tried to put together some money for him, but that is too little to treat his condition.

Krishna lives in unimaginable pain. Although he is holding on strong, he is slowly giving up. He is the pillar of his family- the only person supporting them. Now his family is desperate to save him.

Your contribution can save this man and his struggling family. 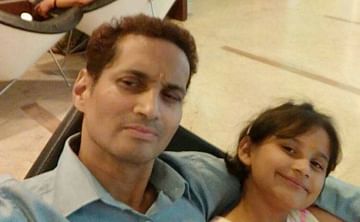 Krishna was detected with Blood Cancer in 2014 and has now relapse.