6-Year-Old Could Succumb To Rare Blood Disorder, His Debt-Ridden Parents Struggle To Save Him | Milaap

6-Year-Old Could Succumb To Rare Blood Disorder, His Debt-Ridden Parents Struggle To Save Him 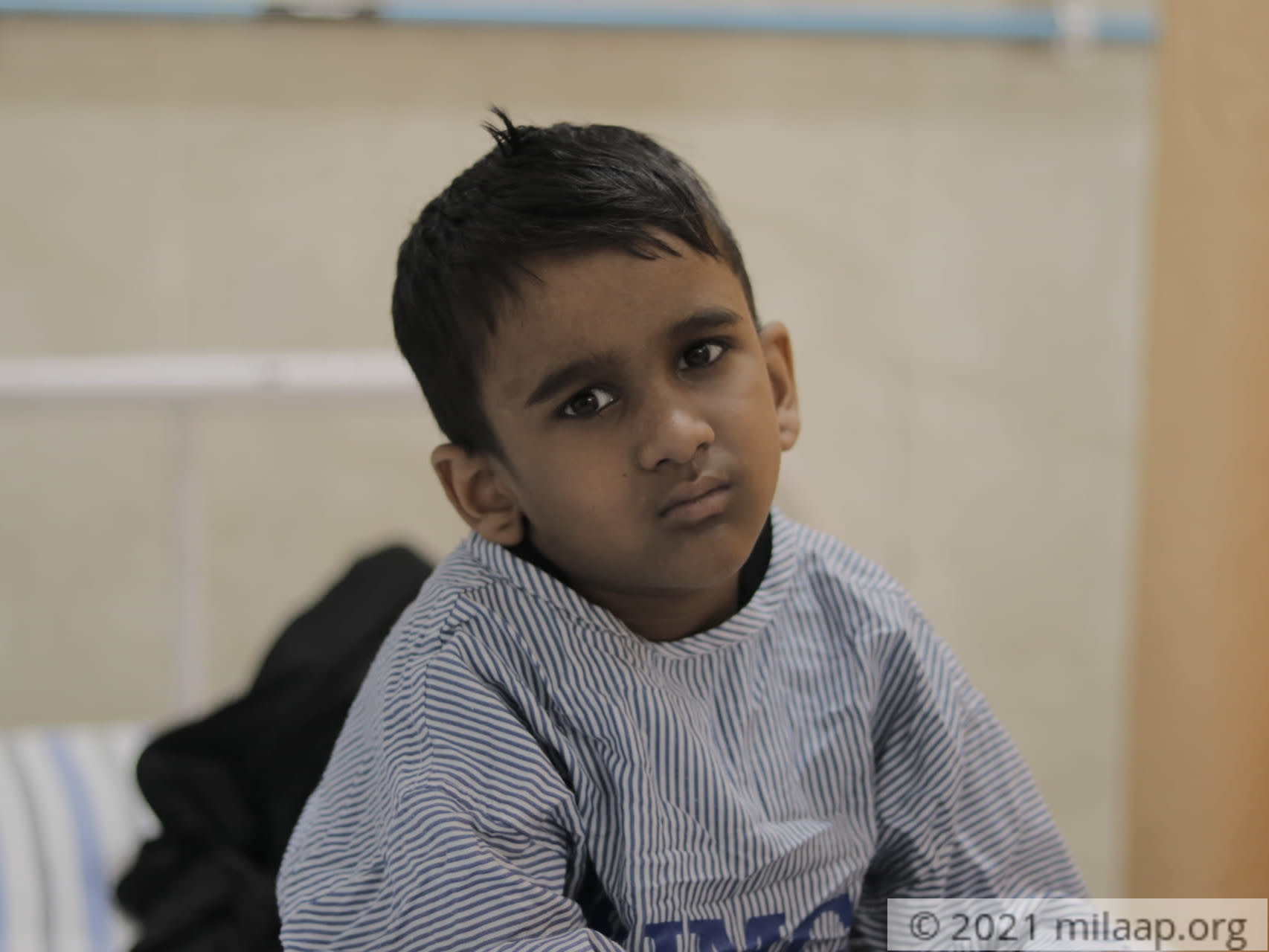 “For over a year now, our son has been sick. The doctor we took him to initially, just gave him some medicines and we thought that is all he would need. I didn’t know just how serious it was, until his condition began worsening and he became extremely weak. Only if we’d known, we could’ve done something sooner and my child wouldn’t be suffering like this” - Shantha, mother

They thought he could be treated with just medicines

It was in April, last year, that little Kishore first started showing signs of his illness. He was always tired and had a heavy fever that wouldn’t break. He would constantly clutch at his stomach and complain of stomach pains. His parents took him to a local doctor and he underwent several tests to determine the cause of his discomfort.

“All we found out from the results was that he had low blood levels. He was transfused blood thrice in three months, and that's it. We had no clarity about his condition, but we weren’t too worried after that because he seemed to have gotten much better with just medicines. But then suddenly, a month ago, his health took a turn for the worse, and that’s when we knew something was terribly wrong…” - Rudresh, father

Kishore with his older brother (L)

It turned out to be far worse than they had imagined

In early November, this year, 6-year-old Kishore's symptoms intensified, and their doctor recommended that he be taken to a bigger and equipped hospital. Kishore’s parents were told that their son suffers from a rare genetic blood disorder called Fanconi Anemia. It mainly affects the bone marrow and results in decreased production of all types of blood cells.

“Unknowingly, we let our child’s condition get worse to the point of no return. His blood count drops to dangerous levels, leaving him extremely weak and tired, and he often gets blood transfusions to keep them up. They’ve advised him to undergo a bone marrow transplant or there won’t be any improvement in his condition. What’s worse is that it is a life-long disease and also life-threatening. If he doesn’t get this procedure, we could lose him…” - Shantha

Penniless and in debt, they can’t afford their son’s treatment

Kishore’s only chance at survival is a bone marrow transplant, but at INR 20 lakhs, it is beyond his parents’ reach. Rudresh is the sole breadwinner of the family, working as a cook at a small hotel in the city. Shantha used to make and sell chapatis to help out, but she gave it up 3 months ago so she could take care of Kishore. They already struggle to get by with their meagre income, there is no way they can meet their son’s exorbitant medical expenses.

“I had to go around, door to door, asking people for help. Even our family has forsaken us. Nobody came forward to help us, despite knowing our child is extremely sick. I am now neck-deep in debt, and even if I were to work everyday for the rest of my life, I would never be able to make this much money. How will I save my son, when I can barely afford to even feed my family?” - Rudresh

Kishore’s life is at stake. He needs a bone marrow transplant at the earliest, or the little boy could lose his life. With your generous support, he can get better and live a normal and happy life. Click here to donate.
KK
Patient Kishore Kumar is 6 years old, living in Vijayapura, Karnataka
SJ
Being treated in St Johns Hospital, Bengaluru, Karnataka