Only A Machine Is Keeping Her Alive, And Her Dad Has Run Out Of Money To Afford It | Milaap

Only A Machine Is Keeping Her Alive, And Her Dad Has Run Out Of Money To Afford It 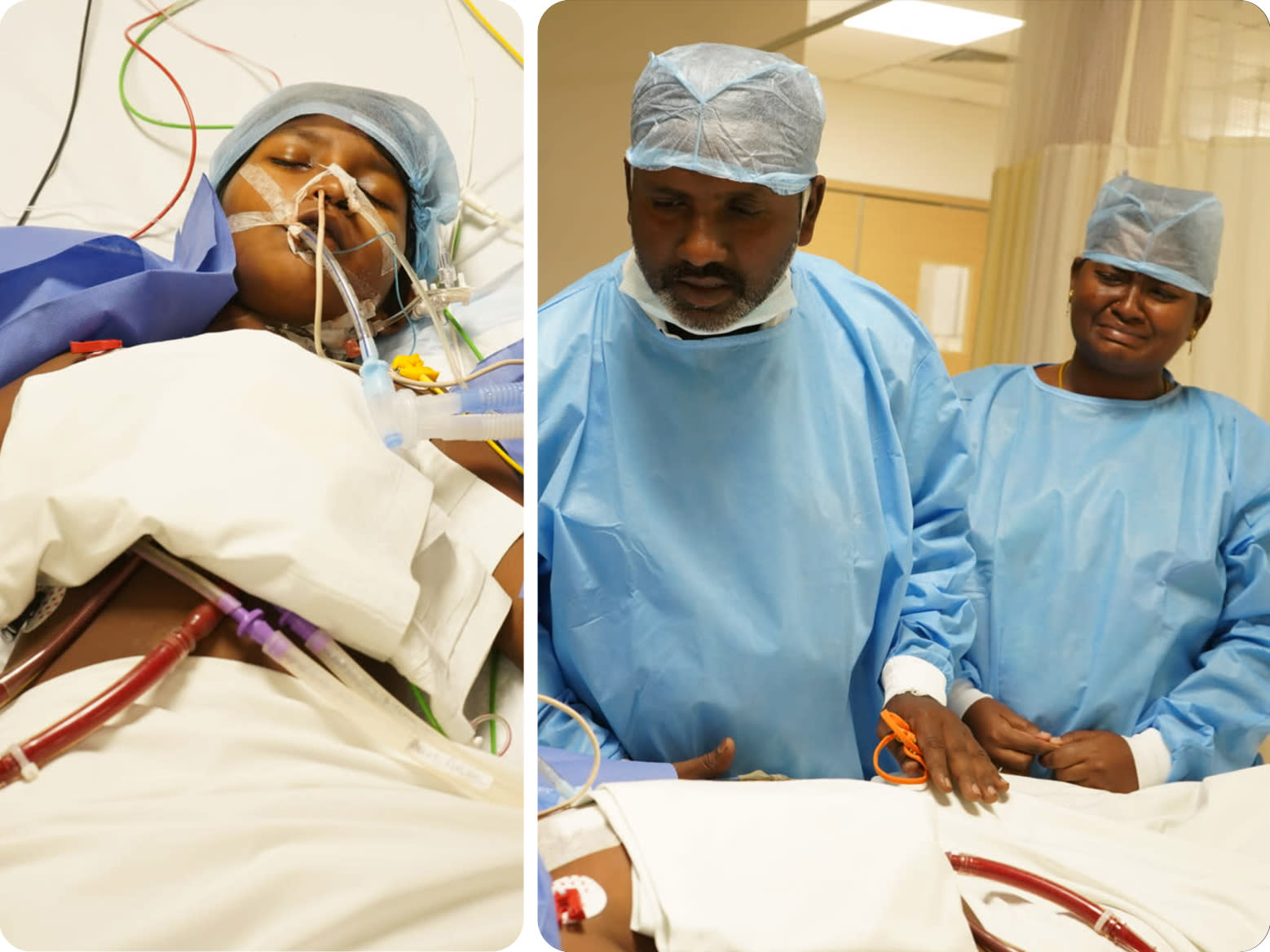 “She looks so weak... so fragile. Her heart can barely pump blood anymore. Her lungs are too weak for her to breathe. She has even become partially paralyzed. All this can be reversed, she can recover with surgery. But until then, for now, only machines are keeping her alive.
And I’ve run out of money to keep those machines running. I can’t afford keeping my daughter alive anymore.”
— Nagaraju, holding his head

The night before Christmas had been tense in the Varugu household. Little Kiranmayi had developed some minor breathlessness all of a sudden, and vomited a few times.

“It was too late at night for clinics to be open so we tried making her go to sleep, thinking we’d take her to a doctor in the morning. But all night my poor girl didn’t get even a wink of rest! At some point she started complaining about discomfort in her chest. By early morning she was in pain, nearly gasping for breath! We rushed her to a local hospital then, where she was admitted for an entire day. Low BP, low pulse. On the night of the 25th, we got the diagnosis; my daughter’s heart had started failing.”

“She was in that hospital for weeks, and by mid-January, they gave up! They said her heart condition was too advanced and that without an entirely new heart... she would die! They recommended we move her to Chennai, so we did. For a while it seemed like she might improve, but last week things got so critical that she needed to be put on life-support, and she’s stayed that way ever since! She’s being fed through tubes, her heart and lungs are being kept alive by machines... She’s only 9 years old! She shouldn’t be facing death, she shouldn’t be suffering like this!”

Little Kiranmayi was a star at school, taking part in all the plays and yet coming 1st and 2nd in all her exams

Her brain is starting to die too; she’s now paralyzed

Kiranmayi is only barely holding on. She’s been diagnosed with dilated cardiomyopathy, a disease of the heart muscle that makes it harder for the heart to pump blood to the rest of the body. With no fresh blood rejuvenating them with vital amounts of oxygen, all her other organs are slowly starting to suffer too, like her lungs which are now severely weakened. Her brain’s condition is deteriorating too; the poor girl suffered a stroke recently, and she’s become temporarily paralyzed. If her treatment is delayed any further, she may still survive, but she'll not be able to act in a play ever again.

A heart transplant can save her, but the cost...

“I’m a simply farmer. Occasionally I can seek other work in my village, but for the most part I’m just a poor man. They’re saying the only way she can survive now is with a new heart, and that the procedure will cost nearly 50 lakhs! I’ve never even seen Rs. 50,000 in my life, how will I arrange 50 lakhs?! And that too in such a short time?” — Nagaraju

You are Kiranmayi’s only hope now. Click here to donate, and save this family from a horrible tragedy, save this little girl from an untimely death.
KV
Patient Kiranmayi. V is 9 years old, living in Morusumilli, Mylavaram, Andhrapradesh
MH
Being treated in MGM Healthcare, Aminjikarai, Chennai, Tamilanadu - 600029