Rare Blood Disorder That Had Previously Left 12-Year-Old Paralysed, Is Now Attacking Her Organs | Milaap
Receive tax benefits by donating to this cause. 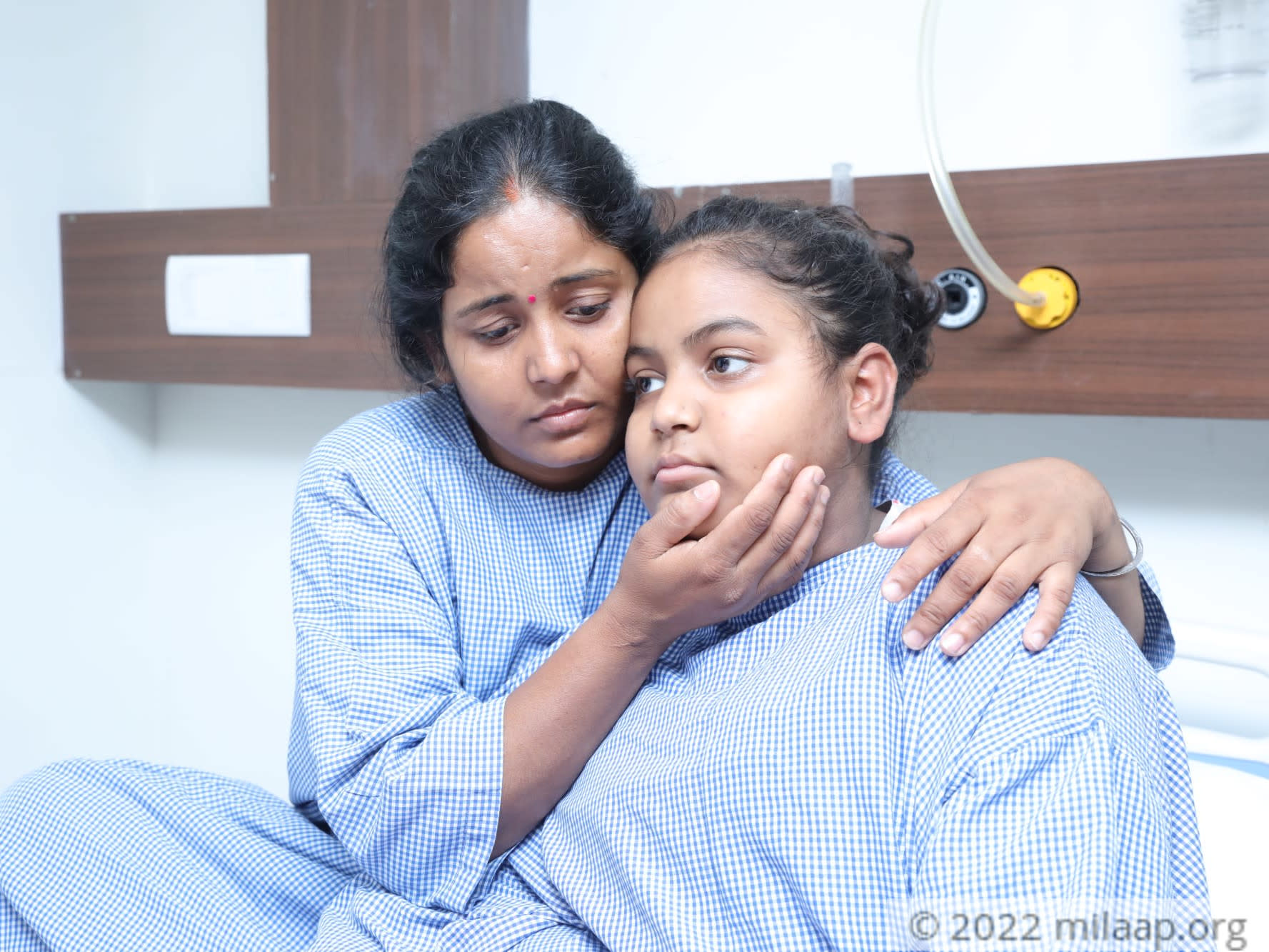 Life hasn't been kind to Binod and Mintu in the last year, after the doctors broke the news of both their daughters suffering from a blood disorder. Among the two children, 12-year old Khushi had a paralytic attack and has been hospitalized for the last 6 months.

"It was around 3am when I woke up because of the light flashing from my daughter's room. I saw Khushi standing in the washroom and she was stood there frozen, not responding to my calls. I went to her and saw her in tears; she couldn't understand what was happening because she wet her bed. Trembling, she said - 'Ma, I can't move my hands and legs.' My husband frantically went to find a doctor in the middle of the night, but at such an ungodly hour we couldn't find anyone. In the next 15 days, my elder daughter too started showing the same symptoms." - Mintu, mother

A rare blood disorder is damaging this 12-year old's organs

Numerous tests were done but none of the local doctors could figure out Khushi's symptoms. It was only after coming to Kolkata, that the family discovered that both the sisters have a rare blood disorder called hypereosinophilic syndrome. The eosinophils, responsible for fighting off infections in our body, when excessively produced, enter various tissues and start damaging organs like the lungs, heart, nervous system and others.

The only cure for Khushi now is a bone marrow transplant, otherwise her disorder can progress into leukemia. But unfortunately, while searching for a suitable donor, her mother too was found to have this disorder. Now, Khushi's father will be her donor and despite everything being ready, the only thing holding them back is the lack of funds. They need a lump sum of INR 17.5 lakhs for this surgery, urgently.

Paralyzed for days in the ICU, this little girl was completely out of senses

Being a mother, Mintu is torn on how to attend to both her ailing daughters. One is in the hospital in Kolkata, while the other is in her village, as they can't afford the high rents in the city. So Binod and Mintu had no option but to take turns to attend to the both of them.

"As the days progressed, she was completely paralyzed and bed-ridden. Not being able to move her limbs, made her physically and mentally distraught. She was terrified of what was happening to her while being worried for her sister back in the village. Then, she suddenly shrieked with terrible chest pain and fell unconscious. For 10 days in the ICU, my poor baby lay there lifeless, with tubes feeding her artificially through the windpipe and giving her oxygen, just barely managing to keep her alive." - Mintu, mother

Seeing his daughters suffer, this helpless father is struggling to save them

Treating both his daughters simultaneously over the last year has Binod, who has spent lakhs to save his daughter from his mere railway job, under immense financial pressure. With very high hopes, he was depending on his close ones for help. But they suggested, he save up for his son instead of wasting money on his daughters.

"I can go against the world for my daughters, I love them so much. Khushi is my best friend, always looking out for her Papa. What hurt me the most was that my daughters' suffering was so unbearable that she told my wife not to stress me out for money because she was sure she wouldn't survive. Despite going through so much pain, all she was thinking about was my health and well-being. It makes my heart break, that I am not able to be the father that my daughter deserves." - Binod, father

After a few sessions of physiotherapy, Khushi has begun moving her hands. But the maximum strength she can use is only enough to lift a plastic spoon. At just 12 years of age, this little girl has suffered too much. She has her whole life ahead of her, but she can only look forward to living it after undergoing a transplant.