Suffering From Deadly Blood Disease Since Birth, Bone Marrow Transplant Is 12-Year-Old's Only Shot At Survival | Milaap
Receive tax benefits by donating to this cause.

Suffering From Deadly Blood Disease Since Birth, Bone Marrow Transplant Is 12-Year-Old's Only Shot At Survival 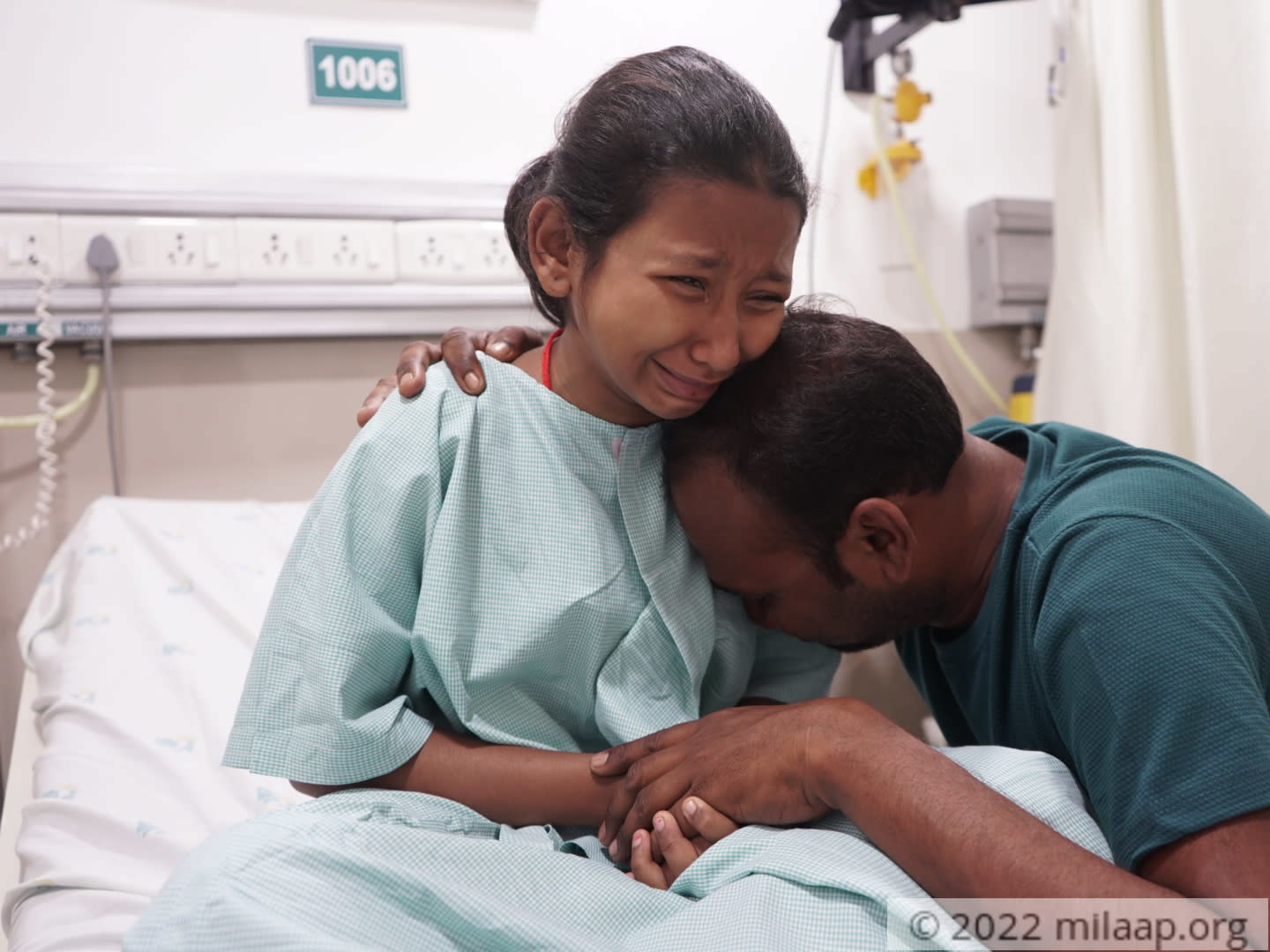 "12 years ago, nobody had even heard the name of this disease in my village. After running a few tests, the local doctors still couldn't figure out why Khushi's fever was not going away. They knew something was gravely wrong and asked us to immediately take her to a city hospital. Here, when we were told about her thalassemia, my wife and I froze out of fear. Holding my 6-month old baby in my hands back then, I just broke down. Was this how my daughter's life going to be… a fight for survival, every second?" - Rajkumar, father

Suffering from a blood disorder, Khushi is surviving solely on blood transfusions

Khushi, who is 12-years old now, has been suffering from a rare blood disorder called thalassemia major, since birth. Her body is unable to produce enough blood cells, thus making her survival dependent only on frequent blood transfusions. As she grew up, the transfusion cycle, that she would initially get once in a month, became insufficient to get her through even 10 days, making her condition extremely critical.

Despite the transfusions every week, Khushi keeps throwing up, and has severe stomach cramps. Even after being bed-ridden without any activity, she has sudden blackouts and needs oxygen support. Her current blood reports have been extremely worrisome, hinting at her needing an urgent bone marrow transplant, without which this little girl will not be able to make it.

This disease has wrecked this little girl's dreams and aspirations

"Everyday is a nightmare for us because the fear of losing her is so vivid. From when she was 6 months old, my daughter has been continuously pricked with painful needles and no matter how many times I witnessed it, it would always tear me up. Seeing her, you can hardly tell she is 12 now…this disease has stunted her growth too. She doesn't play, doesn't smile and can no longer go to school like normal kids. It has killed all my dreams and hopes for my precious daughter." - Jhunu

They almost lost her during the pandemic due to blood shortage

Being a farmer, Rajkumar has never been in a position to afford renting a flat in the city. So, the family had to travel to and fro for several kilometers for Khushi's transfusions. They experienced scares several times during the pandemic, when Khushi's transfusions would get delayed by a week due to blood shortage amid the lockdown.

"Our village still doesn't have adequate facilities for her treatment so we have been forced to take her to a city hospital every time she is in a poor condition. During COVID, whenever we failed to arrange blood on time, her eyes would shoot up and her body would start swelling up. I have a younger son too, but I have spent every penny I had on Khushi's treatment, not knowing how to pay for Ayush's school fees. We all just desperately want to save our Khushi, anyhow. All this while, I was blaming God for not having a cure for this disease but now that we know this transplant is a cure, I'm cursing myself for not being able to afford 25 lakhs for it." - Rajkumar

Khushi is a talented dancer, but currently she is not able to even move her legs due to sheer weakness. She misses dancing her heart out, and her younger brother who is waiting for her back in the village. Their only hope of meeting again now, is if Khushi gets a bone marrow transplant. Her parents are hoping that their daughter will recover. But without the funds, it's just a shot in the dark.