25-YO Man Has A Painful Tumour On His Face | Milaap
loans added to your basket
Total : 0
Pay Now

25-YO Man Has A Painful Tumour On His Face 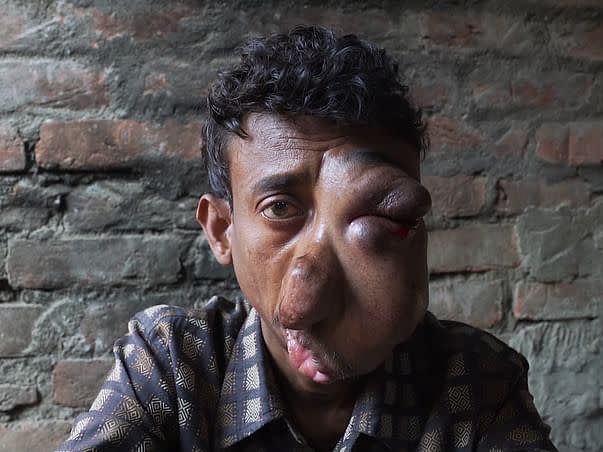 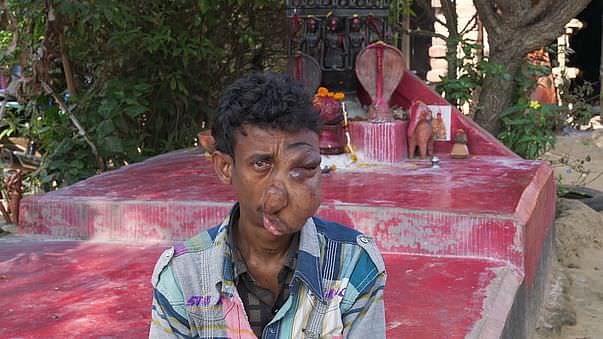 The rare genetic mutation has left Kartik Singh, 25, with a heavy tumour progressively engulfing and disfiguring his left-side of the face in the East Indian state of West Bengal. Hailing from a small town of Anandapur in the state's Paschim Medinipur district, the man has spent his whole life with a series of plaguing tumours.

His condition was not severe while he was born, but the tumours continued to grow as he grew older. The heavy tumour is an explosive growth of blood vessels that blinded his left eye and invaded his mouth, making it difficult to eat.
From 15 years of age, his left eye started bleeding as a result of this growing tumour. Whenever he bleeds, he feels a warm sensation and wipes the blood off. Due to excessive bleeding, he is very weak and often faints. 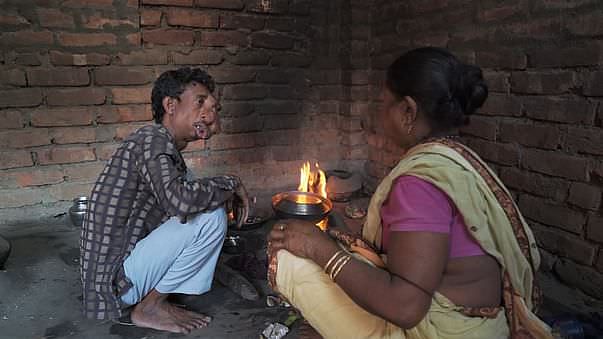 In the winter season, he faces a more difficult situation as his left eye bleeds and pains severely leaving him helpless. The aftermath of the prolong disfiguration and bleeding, he consulted a doctor from Bangalore, Karnataka, India for his medical treatment.

Kartik and his mom carried 33 pounds of Rice, 6 pounds of Dal, 11 pounds of Potato and some cooking apparatus along with them, as they knew that they will not be able to afford or buy any food during their travel due to their poor economic condition.

The doctors diagnosed his body with 41 types of medical check-ups, later operated him twice and removed 6-pounds of tumour from the left side of his face. After the surgery, Doctors suggested that this disorder is curable with more surgeries and medication. They even fixed dates for the same. 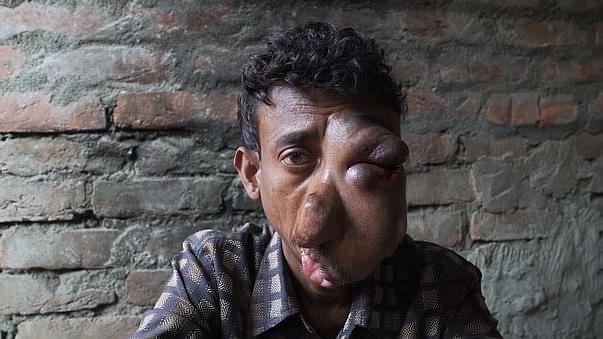 Despite being a curable disorder, he was unable to yield to the treatment due to lack of funds but somehow continued to take the medicines prescribed by the doctors.

The family survives on the money earned by Kartik through the selling of lottery tickets accounting up to Rs.40-Rs.60 per day ( $ 0.56 - $ 0.84 per day) and when in desperate need of money, he and his mother go out for begging in the nearby local areas as the medicines prescribed to Kartik are highly-priced and rarely available.

According to his mother, Kartik's condition has improved after the medical procedures happened in Bangalore. She also mentioned that they faced a lot of difficulties as they had to sell 6480 square feet of land for the treatment and now are left with nothing. 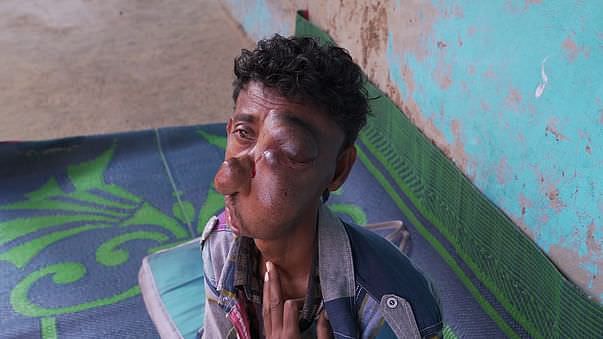 The family is in desperate need of help as it is becoming very difficult to continue Kartik's regular medication and also going for a permanent cure as the doctors in Bangalore have suggested. 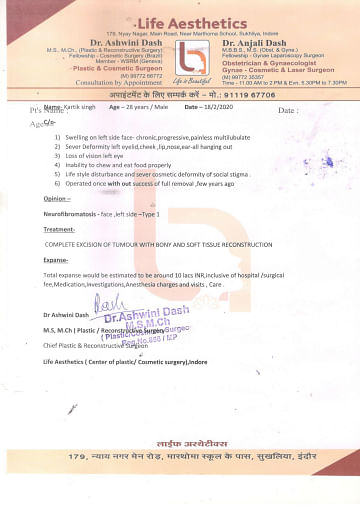 Wish you full recovery. You deserve a great life.

God bless you . Get well soon. I pray for you.