Life Gave Them Another Shot At Happiness, But Now He's Dying Too | Milaap
loans added to your basket
Total : 0
Pay Now

Life Gave Them Another Shot At Happiness, But Now He's Dying Too 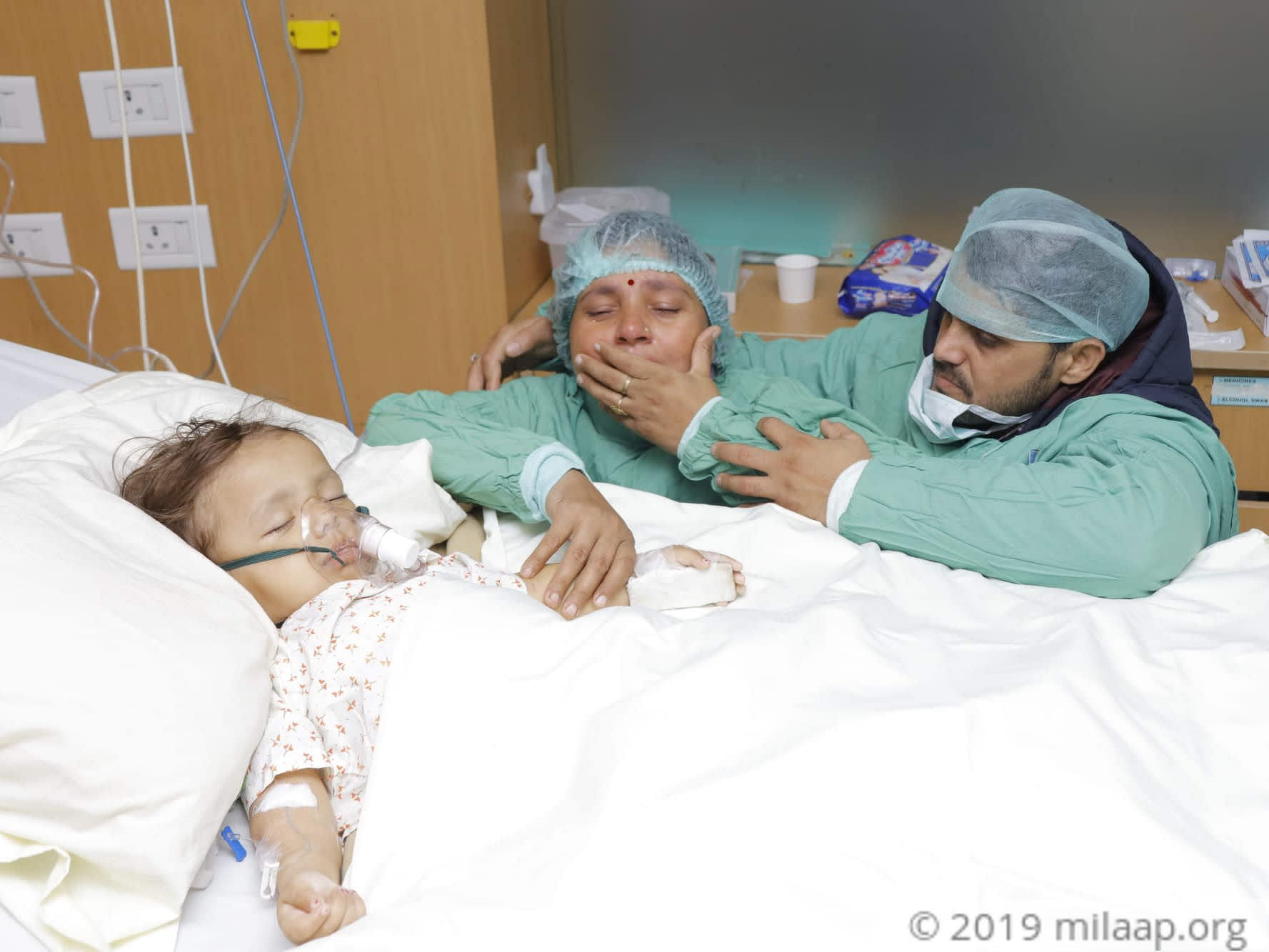 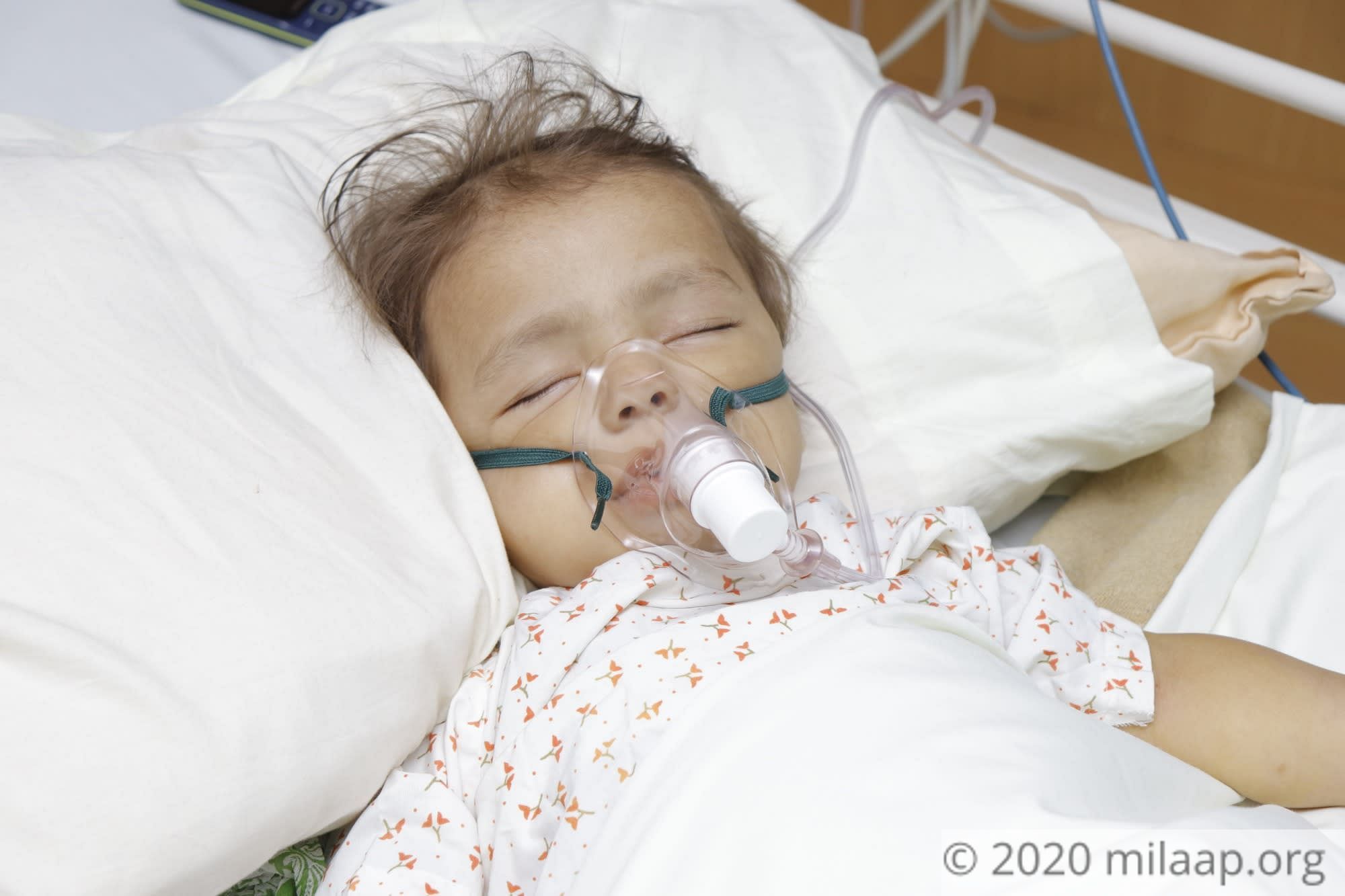 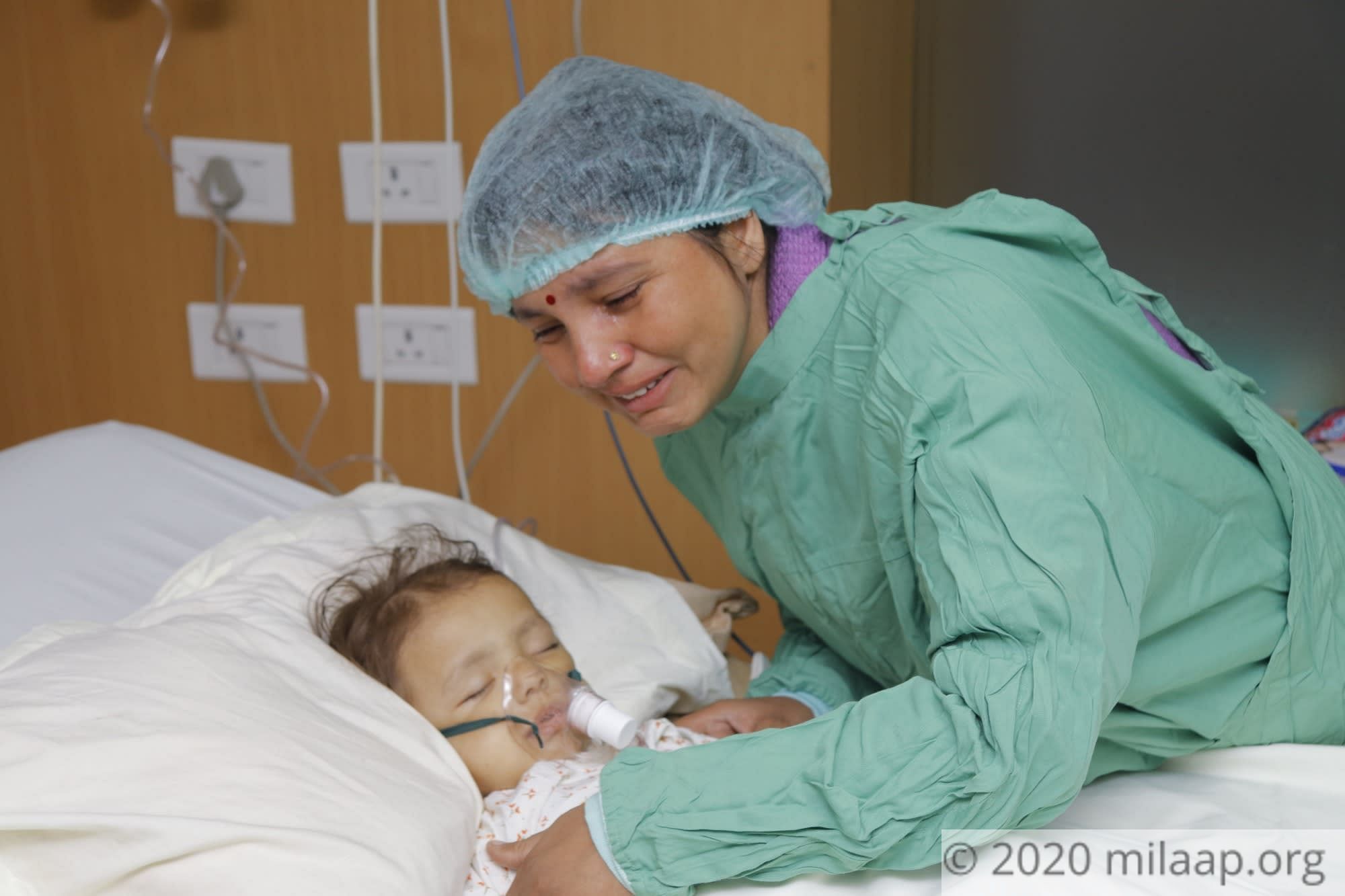 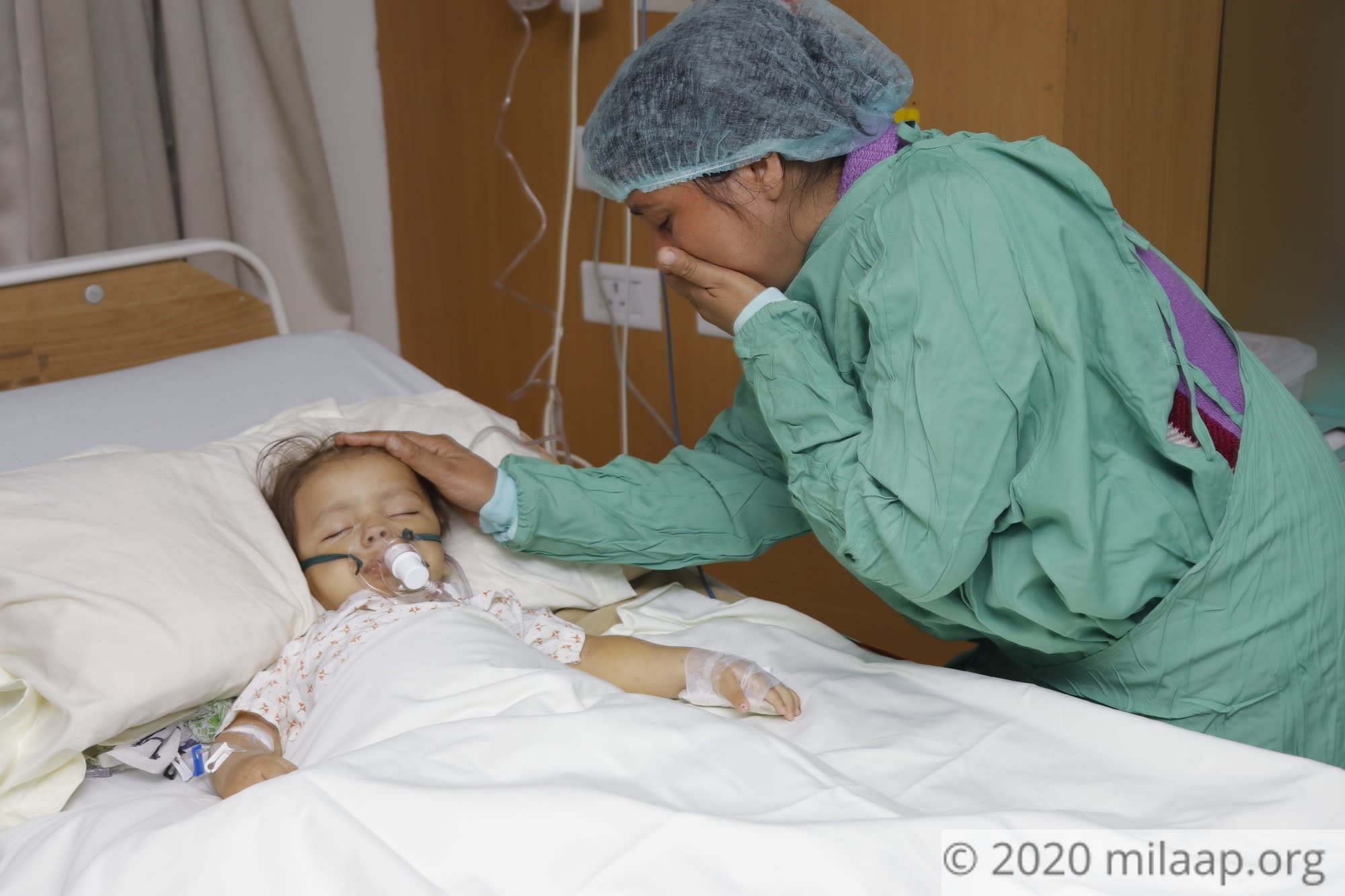 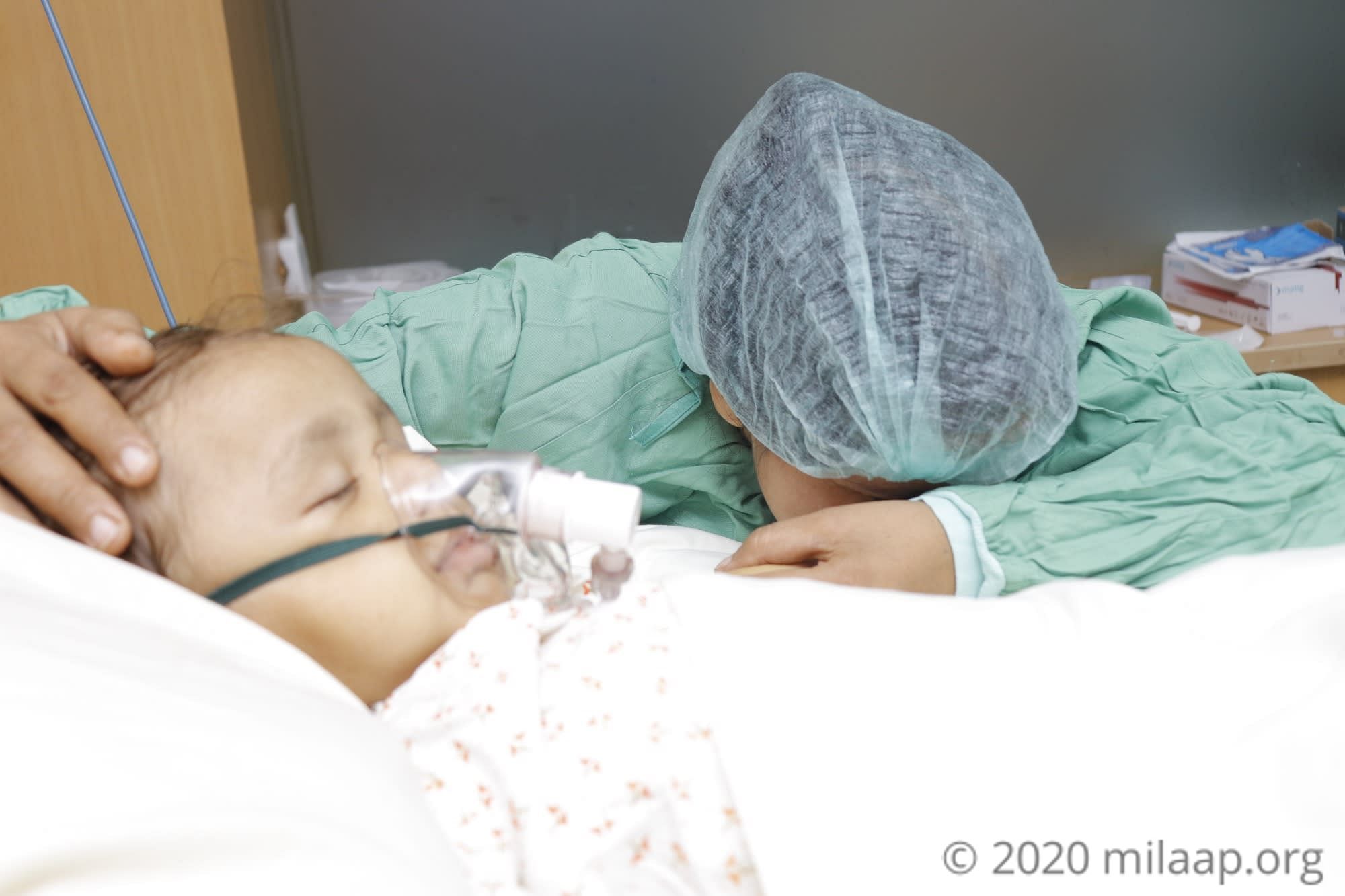 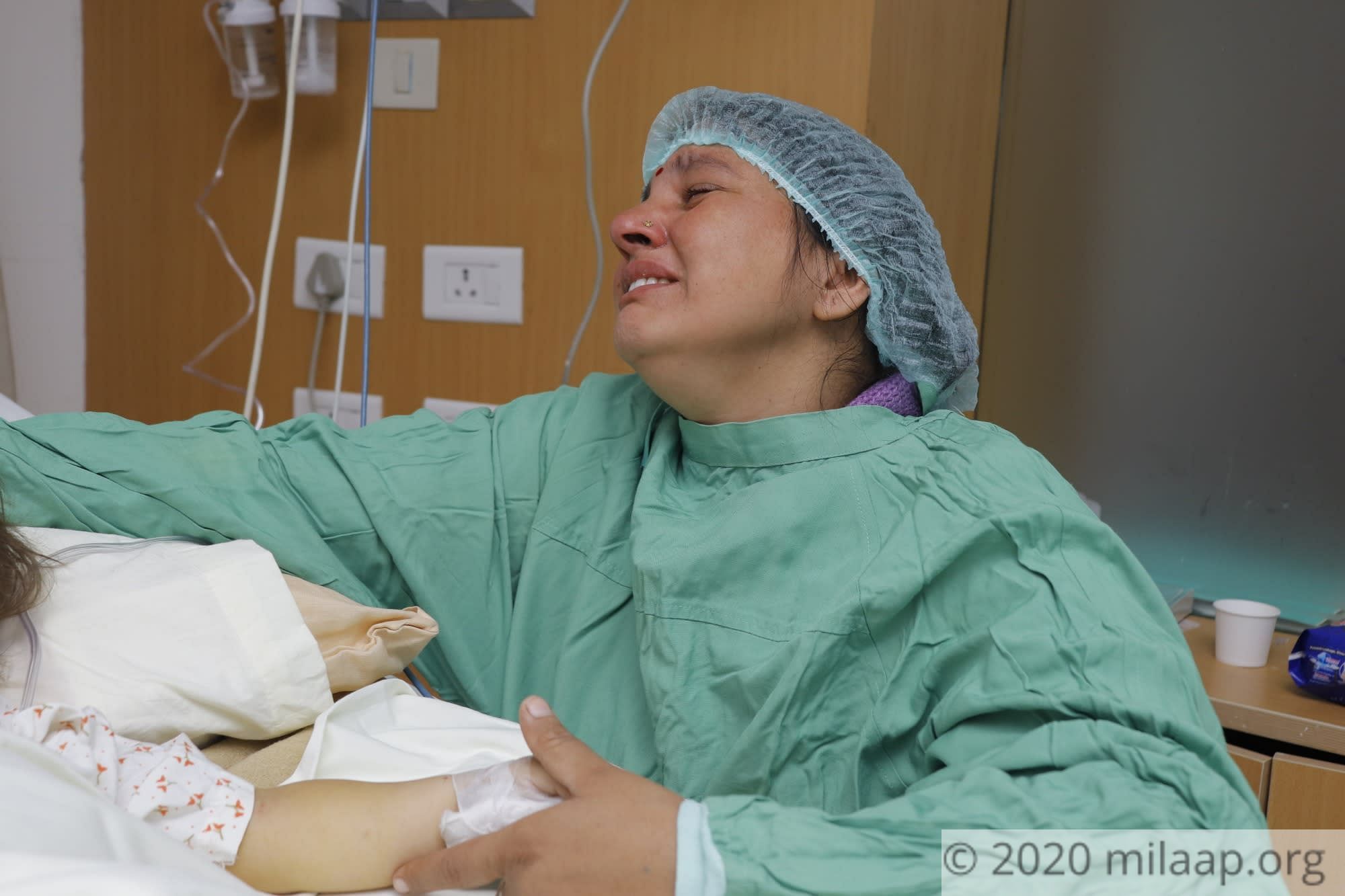 Share on facebook
“My first child was stillborn. How it happened, what the reason was ... I have no idea! I had no chance to save that baby, but this time... even though I have the chance to save my son, we can't...” - Ajay, the father

After the unexpected death of their first child, it took Ajay and Seema a lot of time to recover before Kanha was born. At first, they were very cautious and were always scared of losing him, never letting him out of their sight even for a second. Just when they were starting to feel safe, thinking that there's nothing to worry about, Kanha was diagnosed with a fatal disease.

A fatal disease with no visible symptoms

“I was applying oil to Kanha’s body when I noticed his stomach area was very tight. I immediately told Ajay and we went to see a doctor. Since then we have been visiting a number of hospitals to get one chance, just one chance to save him. Now when we have that chance... it is way out of our capabilities.” - Seema, crying

There were absolutely no symptoms to warn the parents about the disease at all. If Seema wouldn’t have noticed the slight tightness in his stomach, they might have lost Kanha by now. Little Kanha's liver is failing and only an urgent liver transplant can save him.

A typist at a small printing press, Ajay can't save his son

“Typing texts for wedding cards, pamphlets and menus... this is what I do for a living. And it is not even that big of a company, just a small shop by the roadside. My income is falling short to save my son and I don’t even have any savings. What will I do? I don’t want to lose him too.” - Ajay

Ajay works at a printing press as a typist. What he earns was enough to support his family of three, but it is just not enough to pull his infant son back from the verge of death.


They travelled 900km away from home in hope of saving Kanha, but all of this might go futile if they can’t afford the transplant, which will cost them 17 lakh rupees. These poor parents desperately want to save their baby but are helpless. Whatever they borrowed from family and friends has already been spent for the treatment until now.

You are their only hope. Your contribution can save this little baby's life. 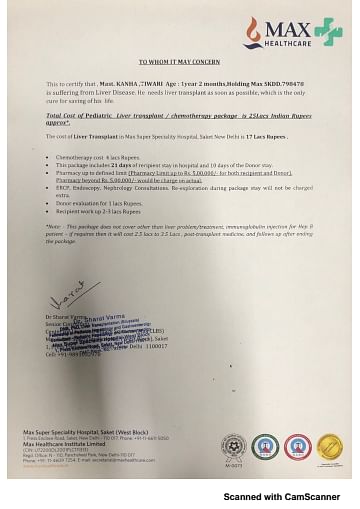 May Allah be with you in this testing times my friends. May Allah bless your child with health and peaceful life.

Donated to this campaign via Bank transfer/QR Code? Click here if you can’t find your donation listed below.
A
Anonymous donated £300

May Allah be with you in this testing times my friends. May Allah bless your child with health and peaceful life.

May god give him my some year from my life too.