3 Different Conditions Are Killing This Farmer's Son, He's Struggling To Save Him | Milaap

3 Different Conditions Are Killing This Farmer's Son, He's Struggling To Save Him 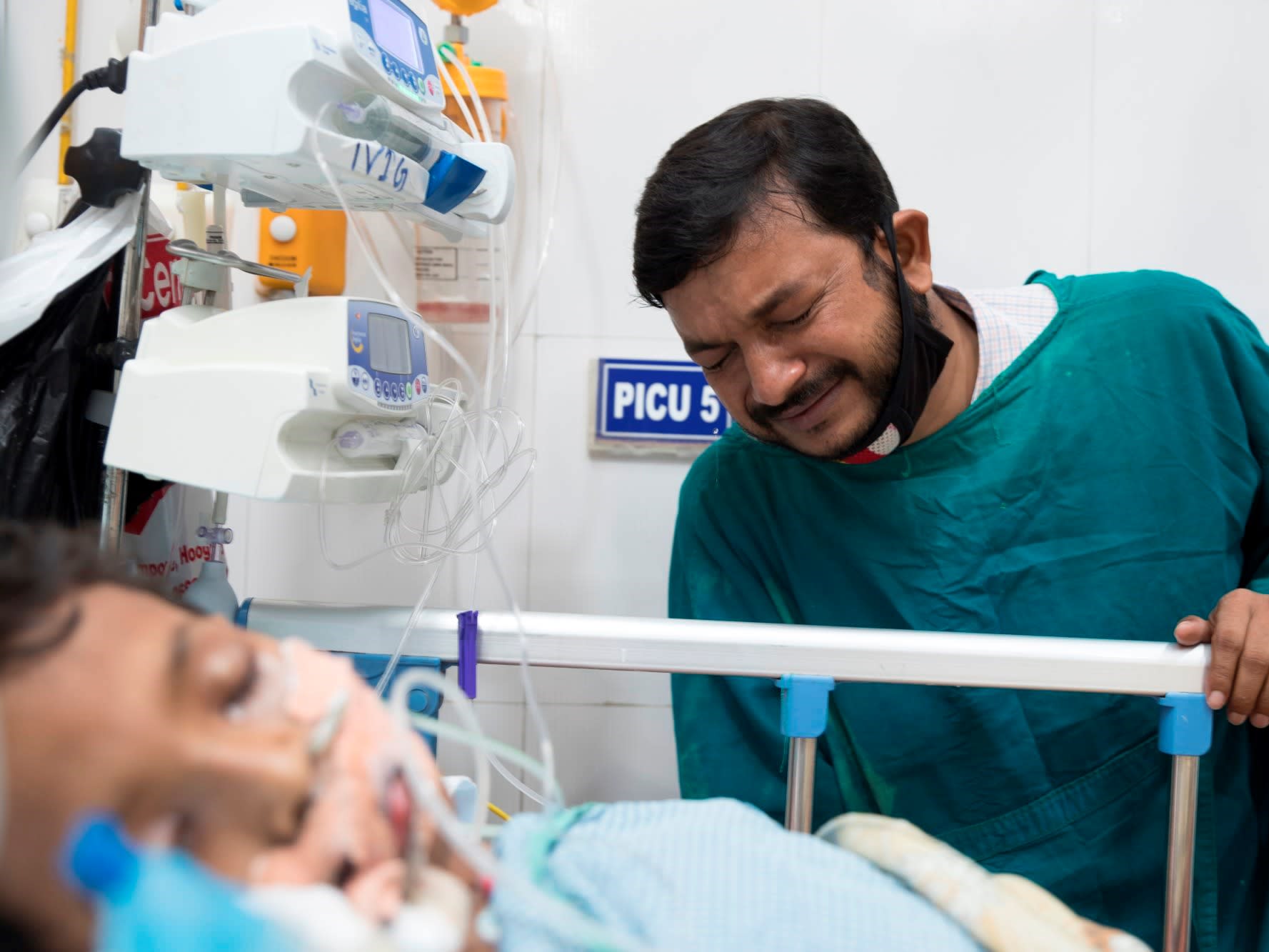 "I’m a farmer, so hardships and suffering are not new to me. But I’ve never been this scared and helpless before. All day I sit in the waiting room, praying for the nurse to call my name. It only happens twice, once in the morning and once in the evening. When they do, I get to go see my son.
For 5 minutes at a time, I get to hold his hand and tell him papa will make everything right, that he’ll be able to walk again. But this is a lie.
For 9 days my son has been unconscious, dying. And though I’ve tried my best... I can’t save him.”
— Sadikul, father 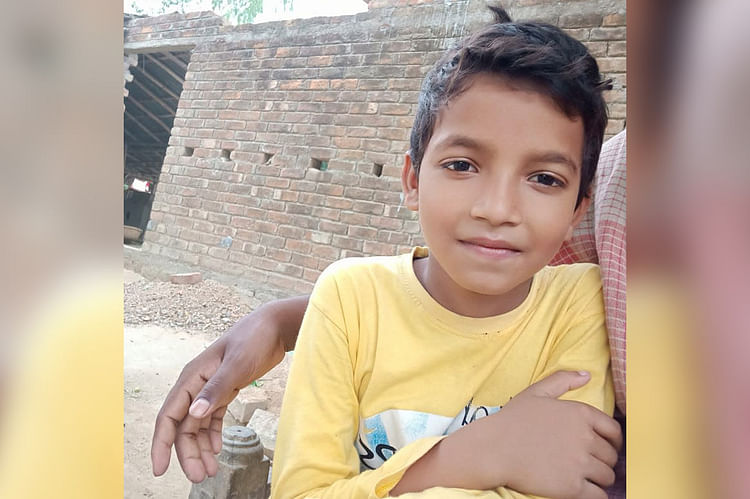 In July, Sadikul and Sitara noticed that a swelling was starting to form on young Kaif’s neck, under both his ears. For three weeks they took their boy to every doctor they could afford, getting him whatever medicines and scans that were prescribed. But instead of getting better, 13-year-old Kaif’s condition got worse.

“It got to a point where he could barely get out of bed, he couldn’t even talk. Between that and the constant fevers, we knew we had to take him to a bigger hospital, in the city...” 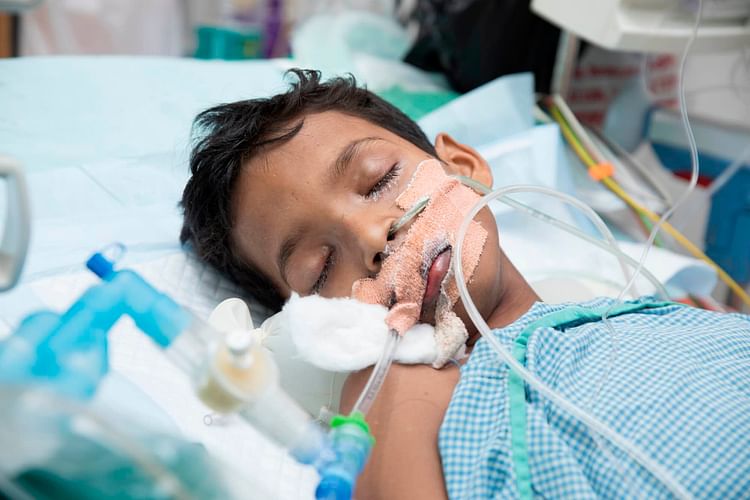 He was diagnosed with 3 conditions, all of which were killing him

“By the time we were able to arrange enough money and get him admitted into a city hospital, Kaif became so weak he was barely conscious. I had to carry him inside, and they carried him into the ICU... They ran tests and told me that he has three different conditions that are killing him! Something in his skin, something in his blood, and something in his lungs! They said the first two can be treated only if we can treat his lungs first, which are too weak right now. But the cost of treating his lungs is just...” 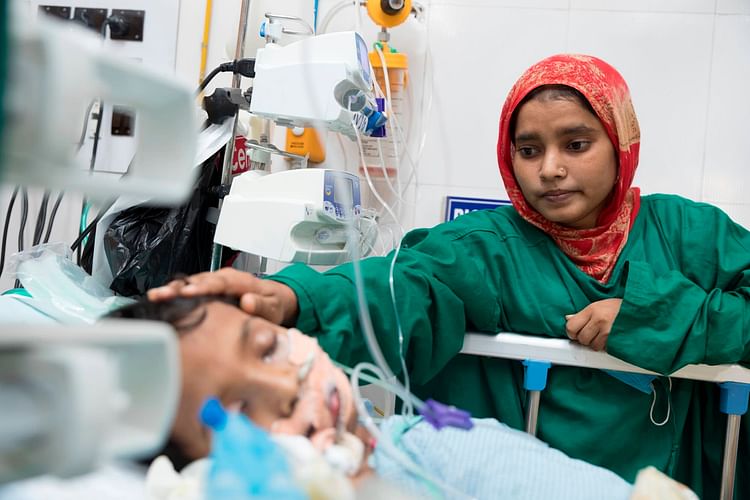 Sitara, before she had to go stay with her mother's

Kaif needs to stay on ventilation for a few more weeks

Until last week, young Kaif could at least move his fingers and turn his head. He would point at water if he was thirsty, or hold out his hand to his father if he was feeling afraid. But the condition of his lungs has deteriorated so much that he's unconscious now and needs a machine to breathe for him - a process called mechanical ventilation - while other medicines work on the condition itself. Sadikul did everything within his power to save his son, even selling the small farmland he owned, and Kaif has been receiving this treatment for a week. But now Sadikul has run out of money, and Kaif is running out of time. 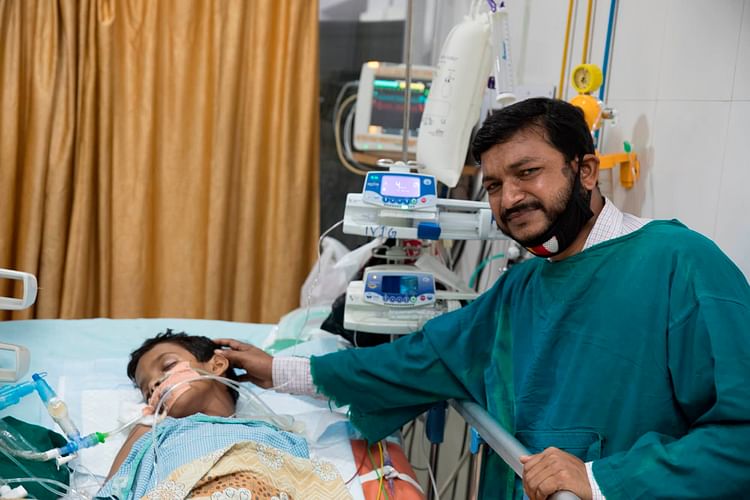 ‘I can’t even afford food anymore… I sent my wife to her mother’s today...’

“I’ve borrowed more money in the past few weeks, from relatives and neighbors, than I’ve ever earned in my life. I would tell them ‘I won’t run away, you know where I live’. With all that money I managed to keep Kaif alive until so far, but it’s all gone now. I can’t even afford food anymore; I sent my wife to her mother’s house so at least she won’t go hungry like me. She calls me from there every few hours, crying and asking how I’m going to save our son. What do I say? How do I stop this?”
— Sadikul, unable to hold back his tears