2-Year Old's Heartbreaking Cries Tell Of Her Pain And Suffering At The Hands Of Blood Cancer | Milaap
Receive tax benefits by donating to this cause. 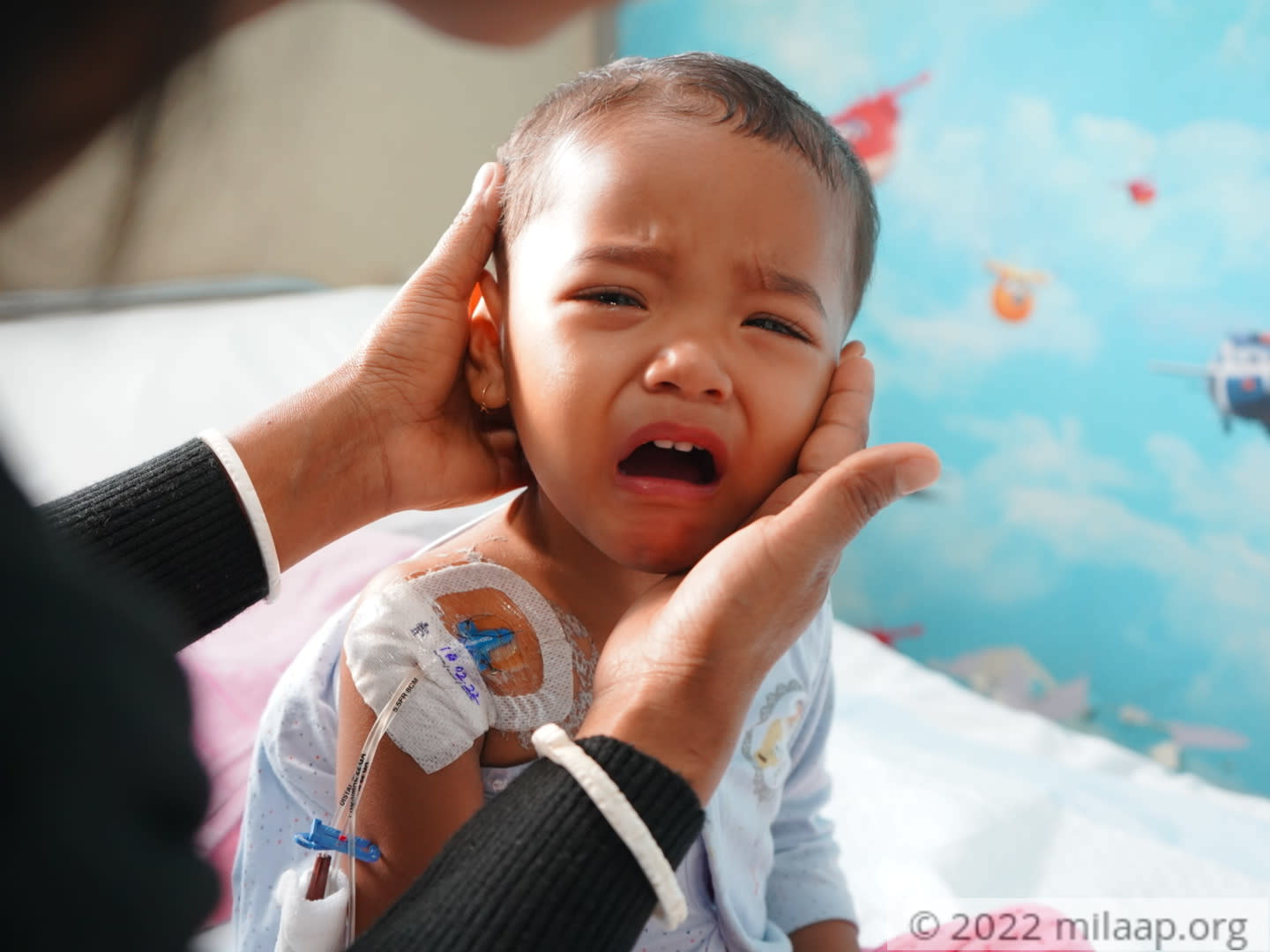 After nearly 3 months, the local hospitals in Guwahati almost gave up on 2-year old Juhi's treatment. Her leukemia had become so rampant that, despite several units of blood, they didn't have enough resources to help cure her.

"We were so desperate to save our Juhi that we immediately took off to Chennai, leaving our elder daughter behind, without thinking of how we would manage. Within a week, I saw my savings dwindle to such an extent, that sitting here, I sold off my land, my house and lost my job in the Army Force. My daughter's life is a matter of 20 lakhs now and that dread has clogged my rationality. My family no longer has a roof over its head nor do I have a job to fill our stomachs."- Pradip, father

Juhi's father describes her as his son rather than a daughter because of her nature. Her feet were never at rest, and she would always keep her parents on their toes too. So, it was quite unusual when a normal flu would leave her with hardly any strength; follow that up with routine cycles of fever and medicines with no respite. 3 months later, Juhi's bone marrow test finally revealed the dreadful reason behind her painful condition - acute myeloid leukemia.

Little Juhi's was diagnosed with a rapidly progressing blood cancer, where her unhealthy white blood cells are crowding the bone marrow leaving less room for healthy blood cells and platelets. To beat this cancer, Juhi needs 4 cycles of intensive chemotherapy which will cost her parents INR 20 lakhs now.

Just as she was due to start her treatment, she was hospitalized with COVID-19

At just 2 years old, Juhi has endured a lot. Just as she was about to start chemotherapy, she tested positive for COVID-19 and had to be isolated. All the money that her father, Pradip, had saved for her chemotherapy was used up in Juhi's prolonged hospitalization and medicines during this time.

"Her platelet levels would plummet so quickly that, every day, her lips and face would turn oddly pale. Oftentimes, I had to beg people over the phone for blood donations, because I was unable to match her requirements. At first, they tried a channel on her hand and leg, but both got infected and swelled up so badly that just a touch would make her cry out of pain too. Then there are all these infections that are a critical blow to her weak immune system. I feel terrible when my little baby gets pricked so many times with sharp needles." - Pradip, father

Separated by cancer, these two sisters are missing each other

Seeing her little girl in immense pain, Lalita tries her best to hold back tears but fails miserably. Both her kids, Juhi and Kristie, keep asking her hard-hitting questions amidst the harsh reality that this family is facing now.

"Juhi has lost her appetite during her first cycle of chemotherapy, and no amount of stories would help her swallow the food without crying. I'm torn as a mother, where one child of mine is fighting for her life and the other is anxiously awaiting our return home. Both the sisters dote on each other and keep asking me why I have separated them… but how can I tell them about this deadly cancer? their curiosity is innocent, and I do not know how to tell them the truth. Without our baby Juhi, our family will crumble to pieces." - Lalita, mother

Pradip works in the Central Industrial Security Force, but for about 3 months now, he hasn't been to report for duty because of Juhi's condition. All his finances have been used up and now the only way he can save his daughter's life is with your help.

Please click here to and support 2-year old Juhi in her fight against blood cancer.