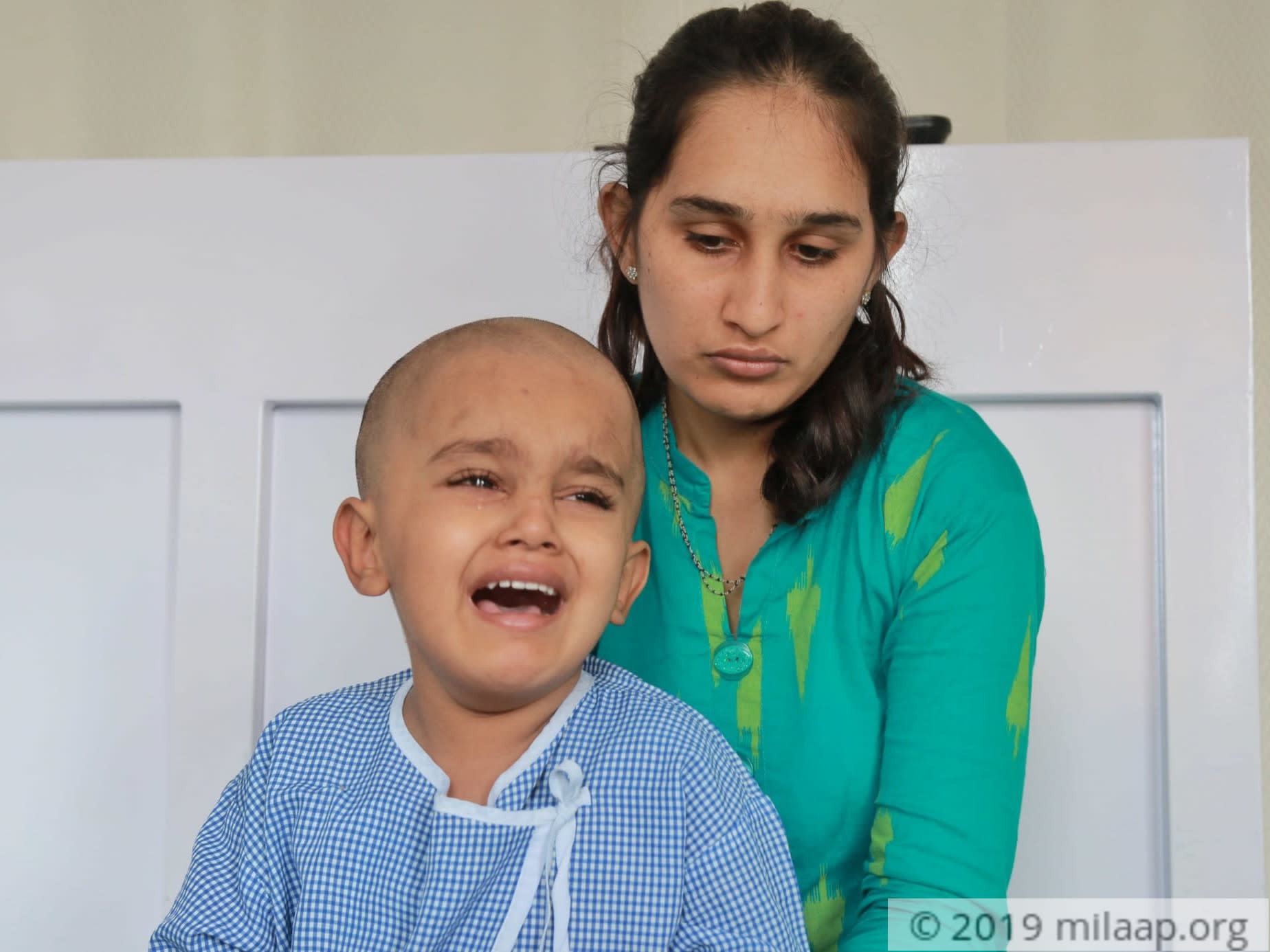 Share
“He would wake up screaming in the middle of the night. He’d hold me, cry loudly and say “amma the machine is coming to take me away. Please keep me with you amma, I don’t want to go!” Ever since he had his first MRI scan, ever since we found out he has a brain tumour, he has been like this – terrified of everything. He panics every time we have to take him to the hospital, scared that the MRI machine will take him far, far away from us.”
- Devika, mother

Jesh is only 3. The tumour in his brain has not only left him scared but also extremely weak. He’s lost almost 30% of vision in his right eye. His tumour could kill before he turns another year older.

The disease affected his vision first

Jesh is Devika and Uthaiah’s only child. Their home in Kodagu was a happy one, especially when Jesh would play his favourite Hindi songs and dance in front of his parents. His parents can’t believe that their Jesh now barely talks except to tell them that he’s in pain. And that’s all the time now.

“In August we noticed that his eyeballs were crossed. We knew something was wrong, especially when he had a relentless fever. In September we found out he has a cancerous tumour in his brain. Everything has changed in these past few months, and now we can lose everything…” - Devika

Jesh underwent a surgery to remove the tumour in November. But he needs three more rounds of chemotherapy and radiation to fight this disease for good.

Uthaiah lost his mother to cancer, he can’t watch his son succumb to the same disease as well

Jesh’s next cycle of chemotherapy starts in two days, but Uthaiah doesn’t know how he’s going to continue his treatment. He has spent nearly 4 lakhs in 4 months, he has no more. He can borrow no more.

“I have a small piece of land, I’m only a farmer. We live a simple life in our hometown. A few years ago, I lost my mother to cancer. Her cancer spread before we could do anything…I watched her suffer so much. I watched her fight as much as she could, but she had to give up. I can’t watch this happen again to my son. I won’t let it.” - Uthaiah