A Horrible Accident Nearly Killed Her Son, She's Given Up Everything To Save His Life | Milaap

A Horrible Accident Nearly Killed Her Son, She's Given Up Everything To Save His Life 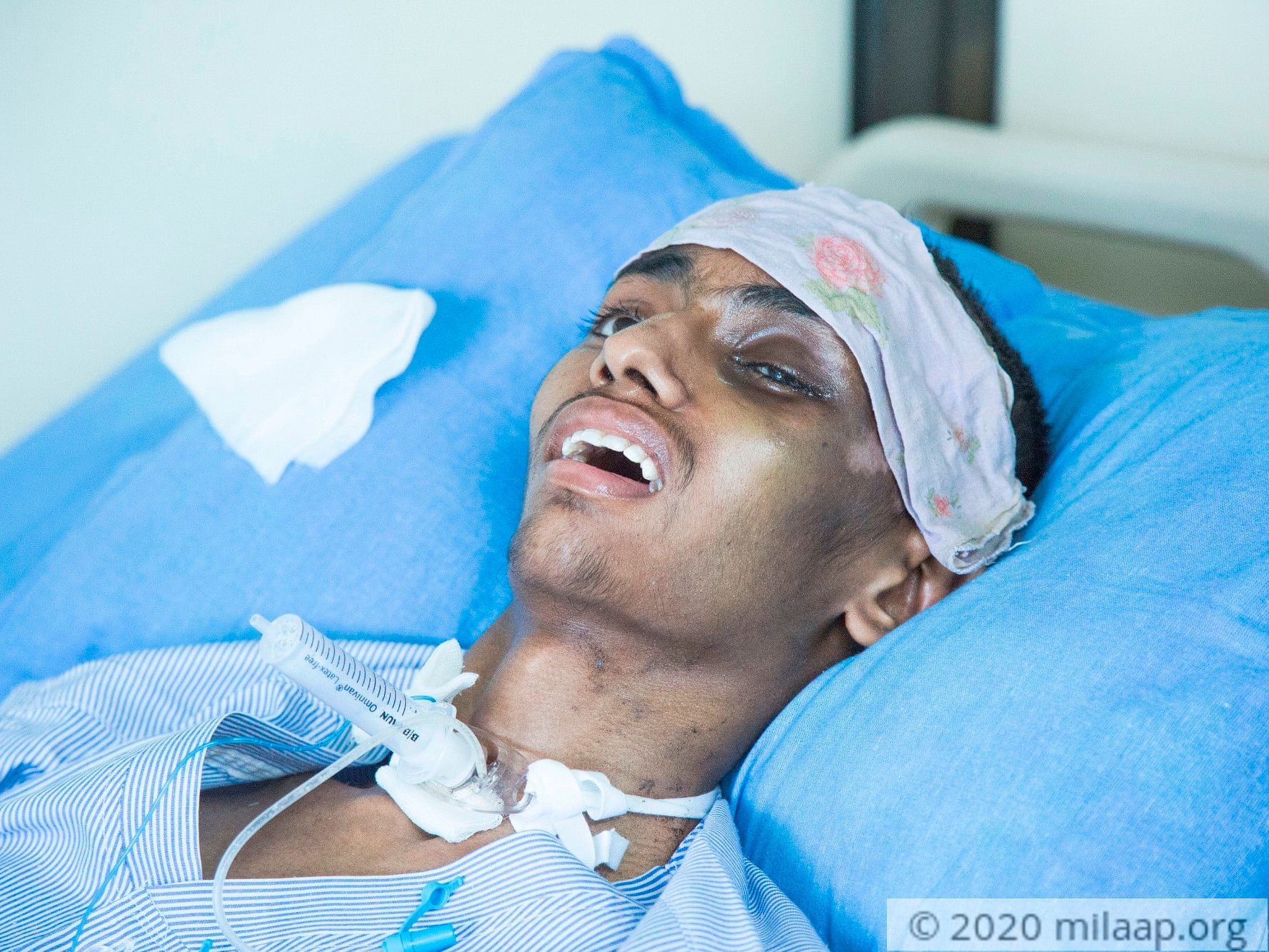 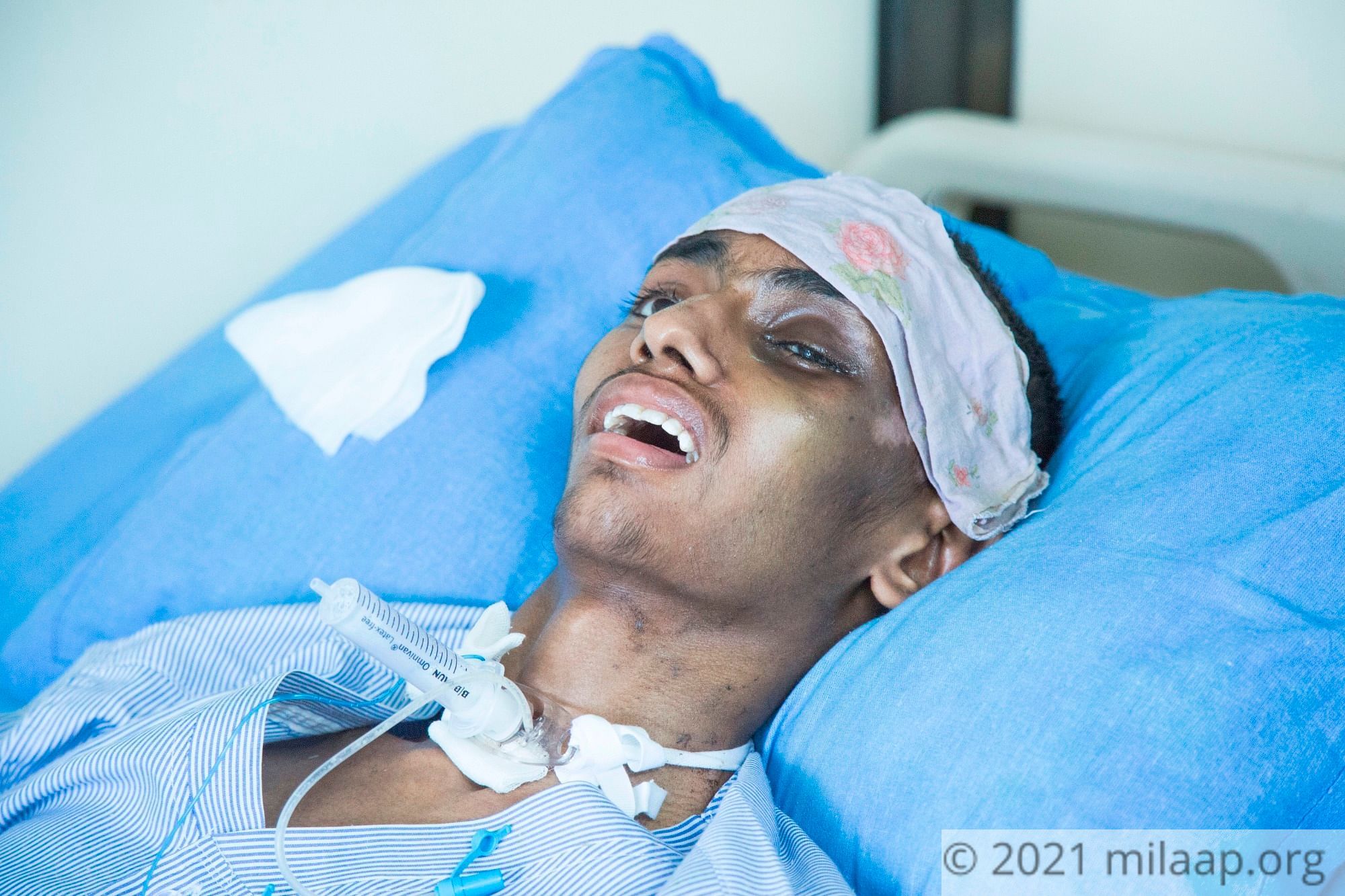 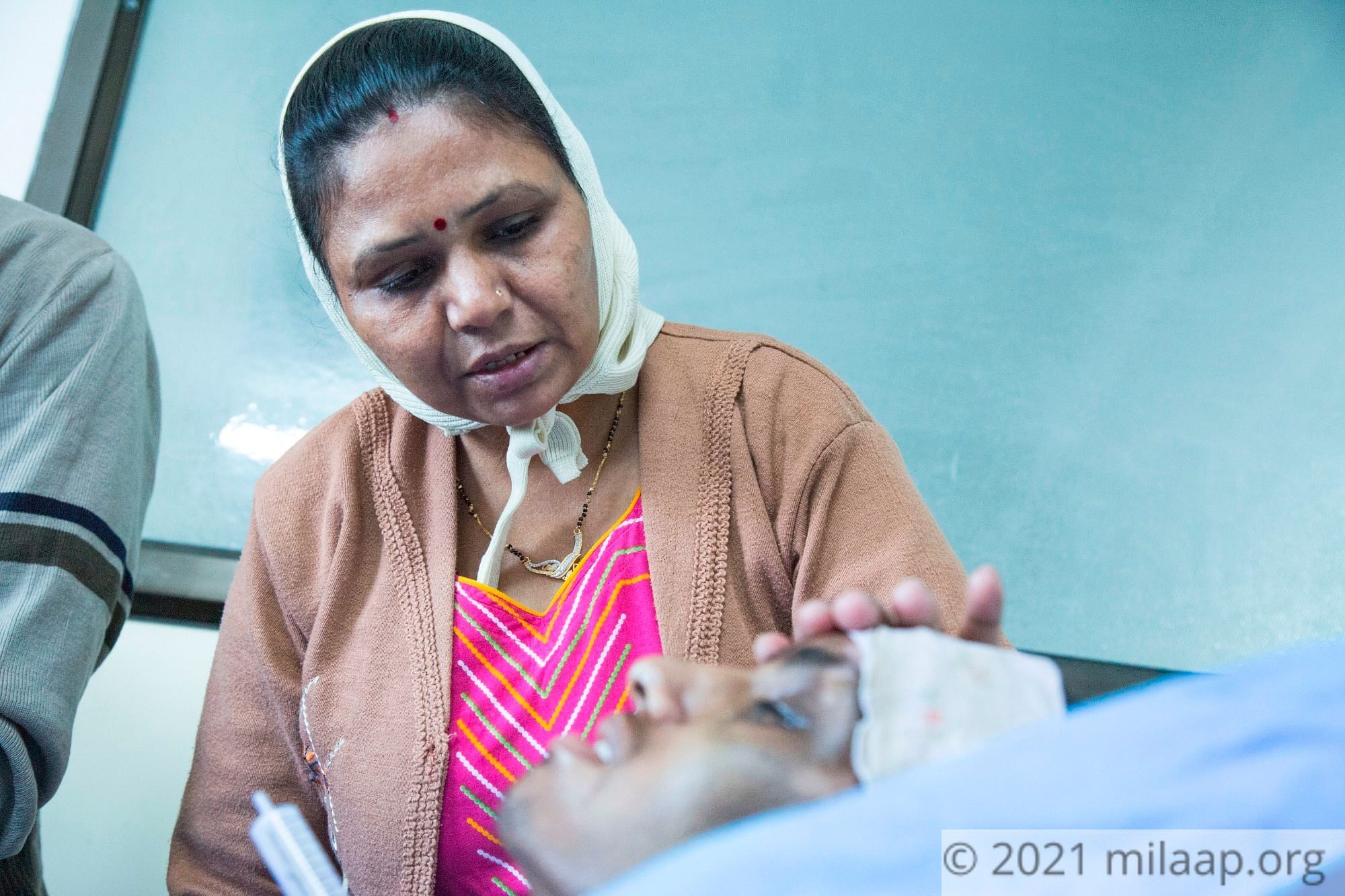 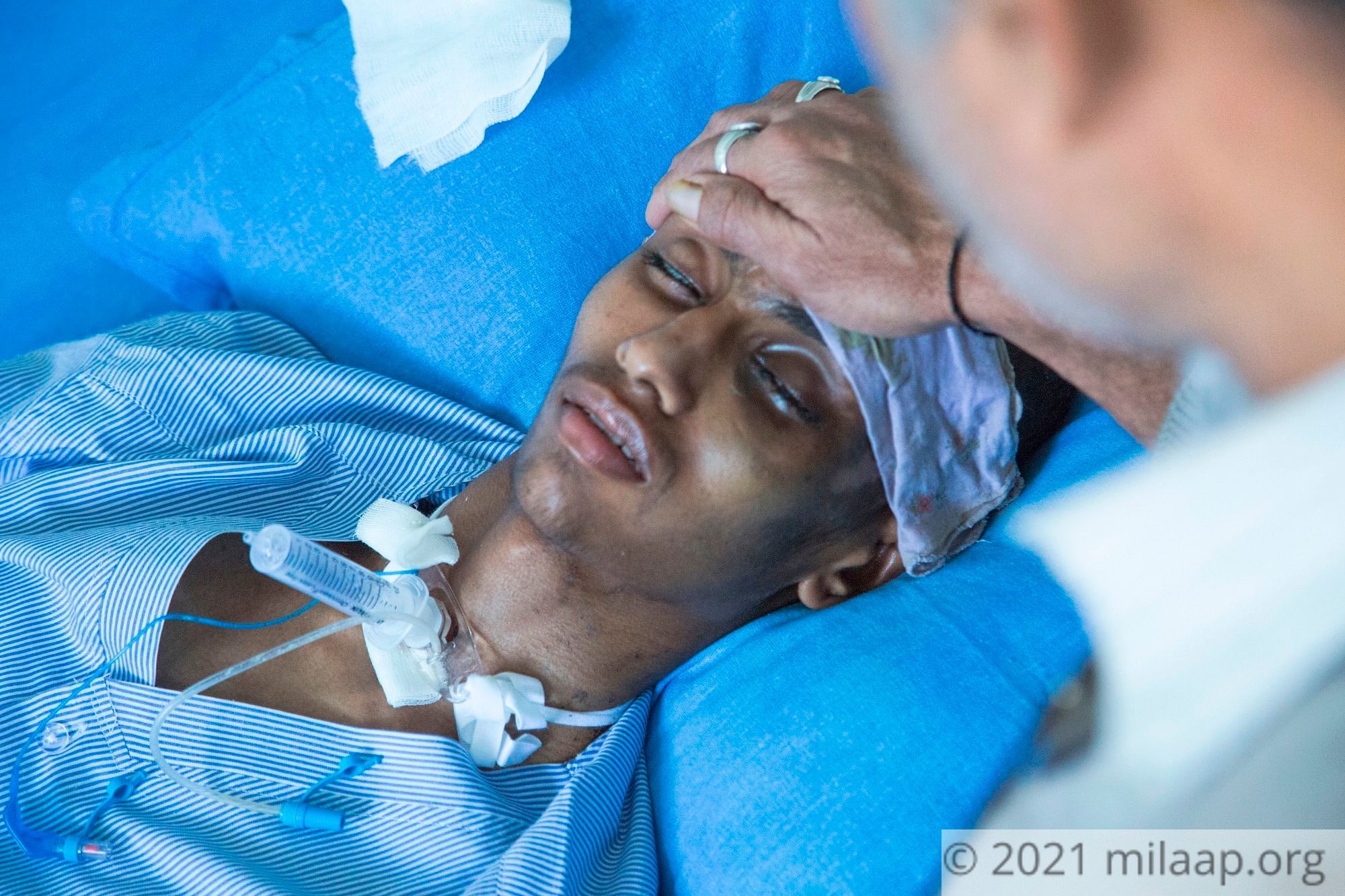 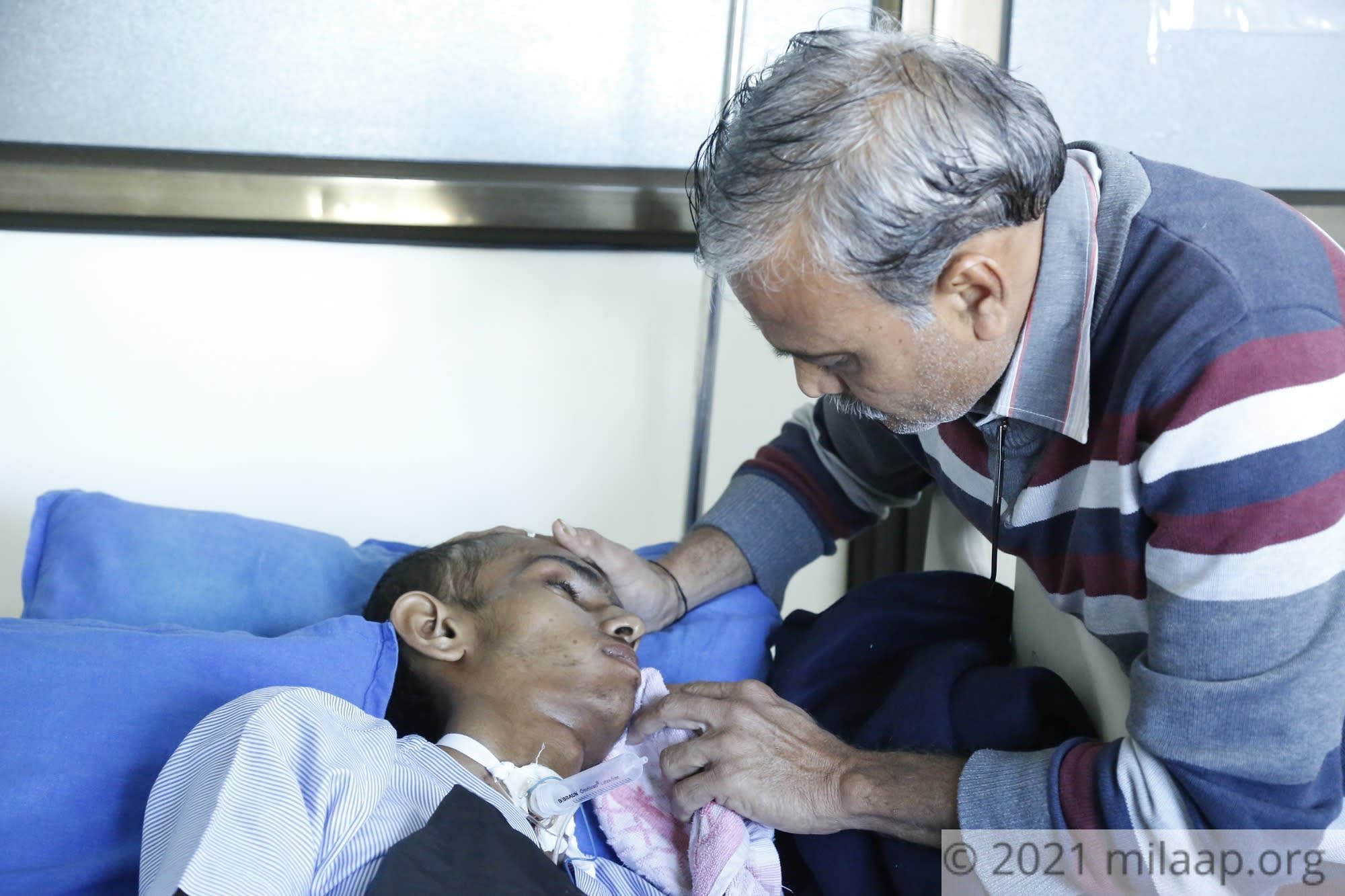 Share
I remember a small voice at the back of my head saying something wasn’t right. My son always got home at a certain time after his tuition, but that evening he was an hour late.
Despite my unease, I never expected the call we got from his college.
“Janmesh was in an accident. The people who found him are saying... that he died...”

While Janmesh did in fact survive, his fate wasn’t much better than death

17-year-old Janmesh had been coming home from his tuition in the evening when – on an abandoned stretch of road – a vehicle rammed into him and sent him sprawling. His head was nearly cracked open, his brain suffered a traumatic injury from being rattled inside the hard bones of his skull, and he fractured multiple ribs, which punctured his lungs. Miraculously, he survived... but he went into a coma.

“By the grace of God, some young men who had been walking that way noticed him lying unconscious and ran to help him. It was nearly an hour after the accident, and... my son had nearly bled to death. While they rushed him to the hospital, one of them checked his notebooks, and found the college's phone-number. By the time we reached the hospital, Janmesh was in a coma.”

Her children mean everything to Madhuben; losing Janmesh would destroy her

As a teacher, Madhuben has never earned much. She has been saving up money to try and give her children the life and opportunities they deserve. In Janmesh’s case, she was preparing to let him study and become a doctor like he always wanted. But over the past few weeks, not only has Madhuben used up all her savings, she has even had to borrow 10 lakhs from moneylenders.

Every breath he takes hurts him, he needs months of care to get better

“Janmesh has come out of his deep coma, and is in a half-alert stage now. But... in some ways that's worse for him, because now he’s awake to feel the terrible pain his body is in. He can’t talk, so he just cries. What mother can see her son like this?! I want him to get better, but I have no money left. I haven’t been able to work, staying by my son’s side since the accident, and my husband’s pay as a clerk isn’t enough to afford this kind of care. Please help us, please save my son.”

This family is going through a time so dark they’re losing hope. You can be their light. Contribute now, and help save young Janmesh’s life.
J
Patient Janesh is 17 years old, living in Gujarat
HN
Being treated in Hop Neurosurgical Hospital, Gujarat