Parents Scramble To Save Only Child Born With Rare Blood Disorder, Bone Marrow Transplant Is 1-Year-Old's Only Hope | Milaap
Receive tax benefits by donating to this cause.

Parents Scramble To Save Only Child Born With Rare Blood Disorder, Bone Marrow Transplant Is 1-Year-Old's Only Hope 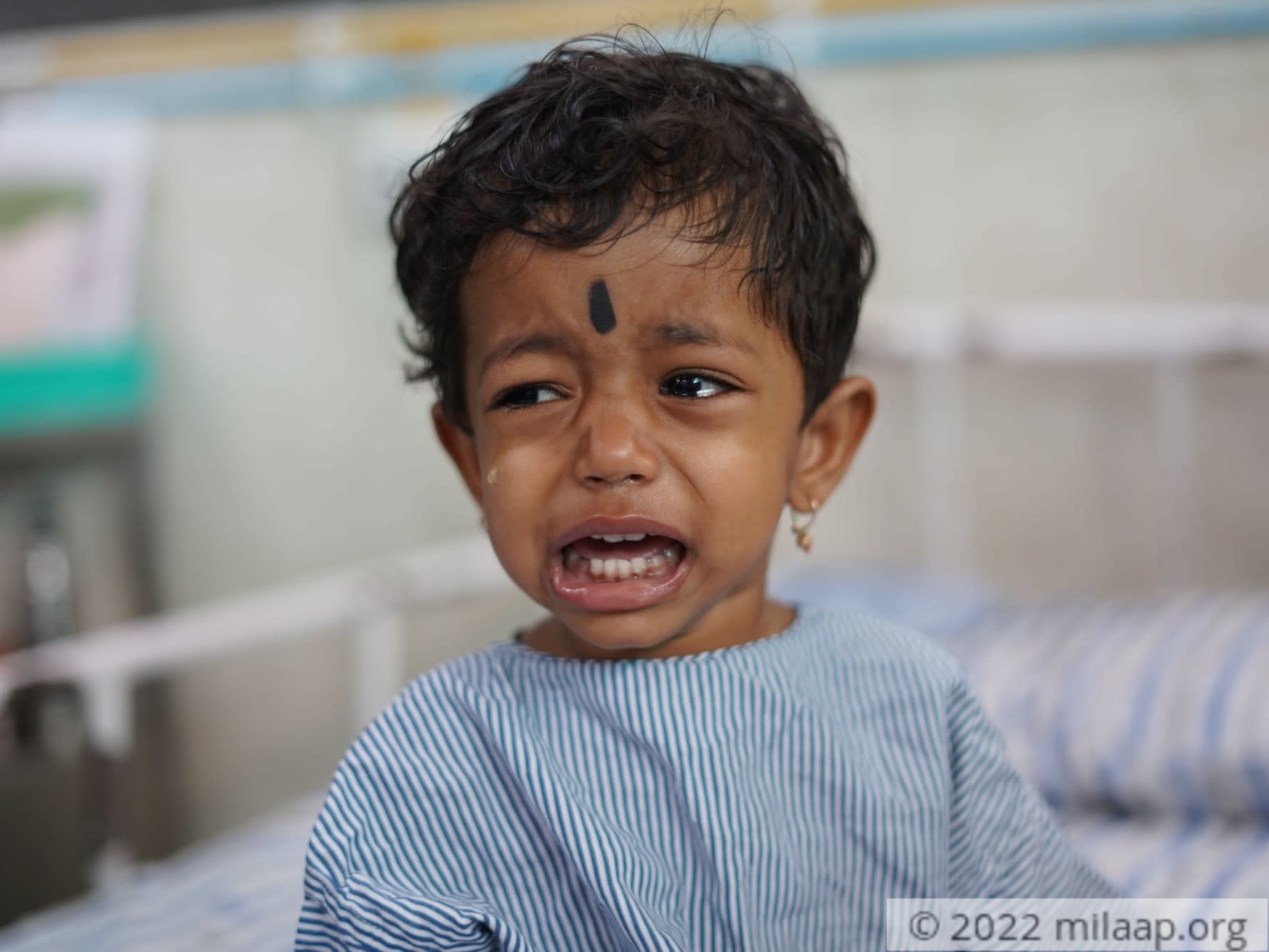 “It breaks our heart to see our small baby slowly fade. She may have the mind of a child, but her body is just not able to keep up. Her face becomes pale and her movements slow down. Eventually she even stops eating. We have to rush her to the hospital. Anyone who sees her knows that she is seriously sick.” – Keshava, father

Impana was born two months premature and developed severe jaundice. She had to be admitted to the NICU and given two blood transfusions. When she made it through the crisis, her relieved parents took her home thinking that their child would now slowly be able to recover completely. But Impana’s real illness had not even started showing symptoms then.

“When she was six months old, she became very weak and simply stopped moving. Her face became pale and we were worried if she had become sick again. We took her to the nearest hospital, and it turned out her haemoglobin count was very low. They gave her blood and asked us to go to a big hospital in Bangalore. It was here that we got to know about her condition.” – Keshava

Impana has a condition called red cell pyruvate kinase deficiency. It means, her body is not able to produce the red blood cells needed to stay alive and she needs to be given blood from outside to live. The condition has a high fatality rate for infants, and only a bone-marrow transplant can cure this condition. Her parents are determined to save their only child.

“She is our only child. She is so unwell, we have even decided not to have any other children and just focus on keeping her alive and bringing her up well. It just breaks our heart that we have not been able to give her a normal life and that she has to struggle so much, so early in life. As long as we can save her, other things don’t matter.” – Keshava

Impana’s parents are struggling to even afford her transfusions now

“I have taken so many loans for her treatment thinking that we’d manage to save her. But her bone-marrow transplant hasn’t even begun. We’re in such a difficult situation that it is becoming hard for us to even take her to the hospital for blood transfusions. Every time, she is sick, our hearts sink – scared that we may not be able to save her if there is a complication.” – Keshava

Help Keshava and Prema save their only child

Her parents have done everything possible to keep her alive and healthy so far. Impana has even matched perfectly with a donor for a bone-marrow transplant. Now, all that is needed are funds to give her the transplant that will finally cure her from this condition that has plagued her all her life.


Your help will throw a lifeline to these desperate parents. Click here to contribute.
I
Patient Impana is 1 year 9 months old, living in Kolar, Karnataka
S
Being treated in St.Johns, Bengaluru, Karnataka