Battling A Deadly Disease, 6-Month-Old's Liver May Give Up On Him Without Urgent Transplant | Milaap
Receive tax benefits by donating to this cause.

Battling A Deadly Disease, 6-Month-Old's Liver May Give Up On Him Without Urgent Transplant 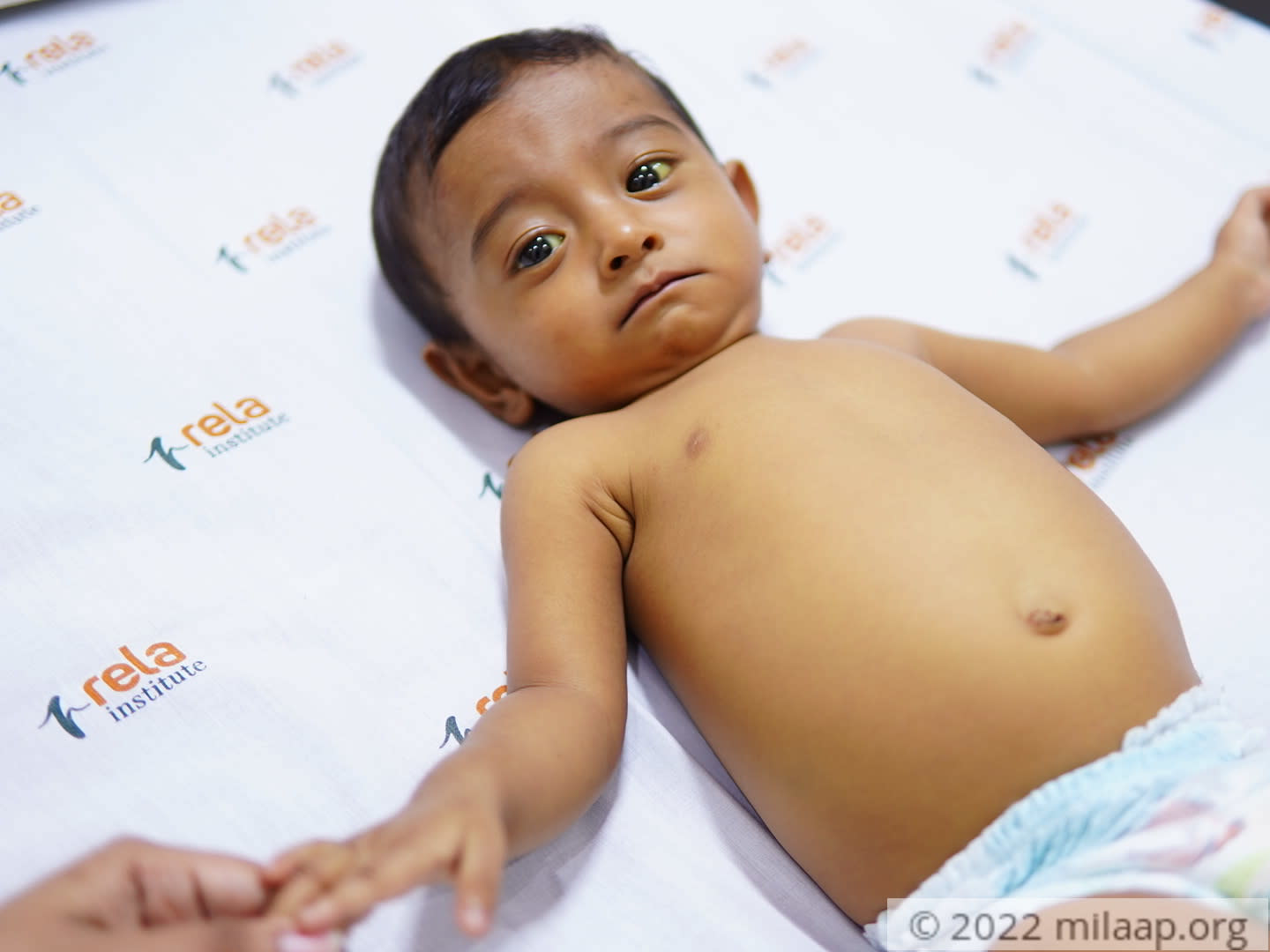 Share
No mother could ever imagine the possibility of their child approaching an organ failure, and Tanzina too struggled to come to terms with the harsh truth, following the doctors' diagnosis. She had known something was terribly wrong when her son's urine began to turn deep yellow in colour. And then, she found out that instead of keeping him hydrated, the excess water had accumulated in his belly, causing it to swell up, which left her terrified to no end.

Within a week, their newborn's blood started clotting

"Sometimes I feel God punished us for celebrating my son's birth too early. This year was so special for both of us because we were blessed with Iftekhar on the first day of January but within 12 days, he landed up in the hospital. We had so many questions about why my son's blood was clotting, and his body was covered with black spots. But we just weren't prepared for those dreadful answers. The diagnosis of my son's liver failure crushed me completely." - Tanzina, mother

Born as a healthy baby, Iftekhar was doing pretty well after his birth. His weight was adequate, he would take feeds properly and would even smile at his parents. But things started worsening after a week of his birth when his dry weight was plunging, but his overall weight was shooting up because of his abdomen being unable to discharge the excess waste fluids.

"When his eyes started yellowing, we did start his treatment for jaundice at the local hospital who assured us of it being very common in babies. But what we were not able to understand was how jaundice was making his belly bulge up abnormally. That's when the doctors informed us about his failing liver and asked us to immediately prepare for his transplant." - Md. Palash, father

Seeing his baby whimper even in sleep, Md. Palash dreaded that any further delay would cost them their only baby. He started making frantic calls to his hometown and sold off his jewellery and land, at a major loss, out of desperation.

"I knew from day 1 that my mechanic work would never suffice in arranging 22.5 lakh of rupees. So, I sold off every thing I had in my name. It took me 2 months to arrange 3 lakhs but suddenly Iftekhar had a terrible infection and had to be put in the ICU. Whatever was collected went away in keeping him alive for those few days and again my pockets were empty." - Md. Palash, father

There is no other option for Iftekhar, but a liver transplant, and he needs it at the earliest. His helpless parents have been trying to arrange money for the past 6 months, but in vain. Now, they are running not only out of funds but also time.

"All these build up of fluids is so dangerous for my little baby, and draining them every now and then is not a viable option. It is putting up so much strain on his heart and lungs, that doctors worry if we keep waiting for a transplant, his other organs could start shutting down too." - Tanzina, mother

After fighting all odds for 6 months, this little baby is inching closer towards a cruel fate. These parents cannot bear losing their only child. Click here to help them save their 6-month old.
IA
Patient IFTEKHAR AZAN is 6 months old, living in Chennai, Tamil Nadu
DR
Being treated in Dr. Rela Institute & Medical Centre, Chennai, Tamil Nadu