Hit By Drunk Driver And Left With Severe Injuries, This Nurse Is Struggling To Continue Treatment | Milaap
Receive tax benefits by donating to this cause.

Hit By Drunk Driver And Left With Severe Injuries, This Nurse Is Struggling To Continue Treatment 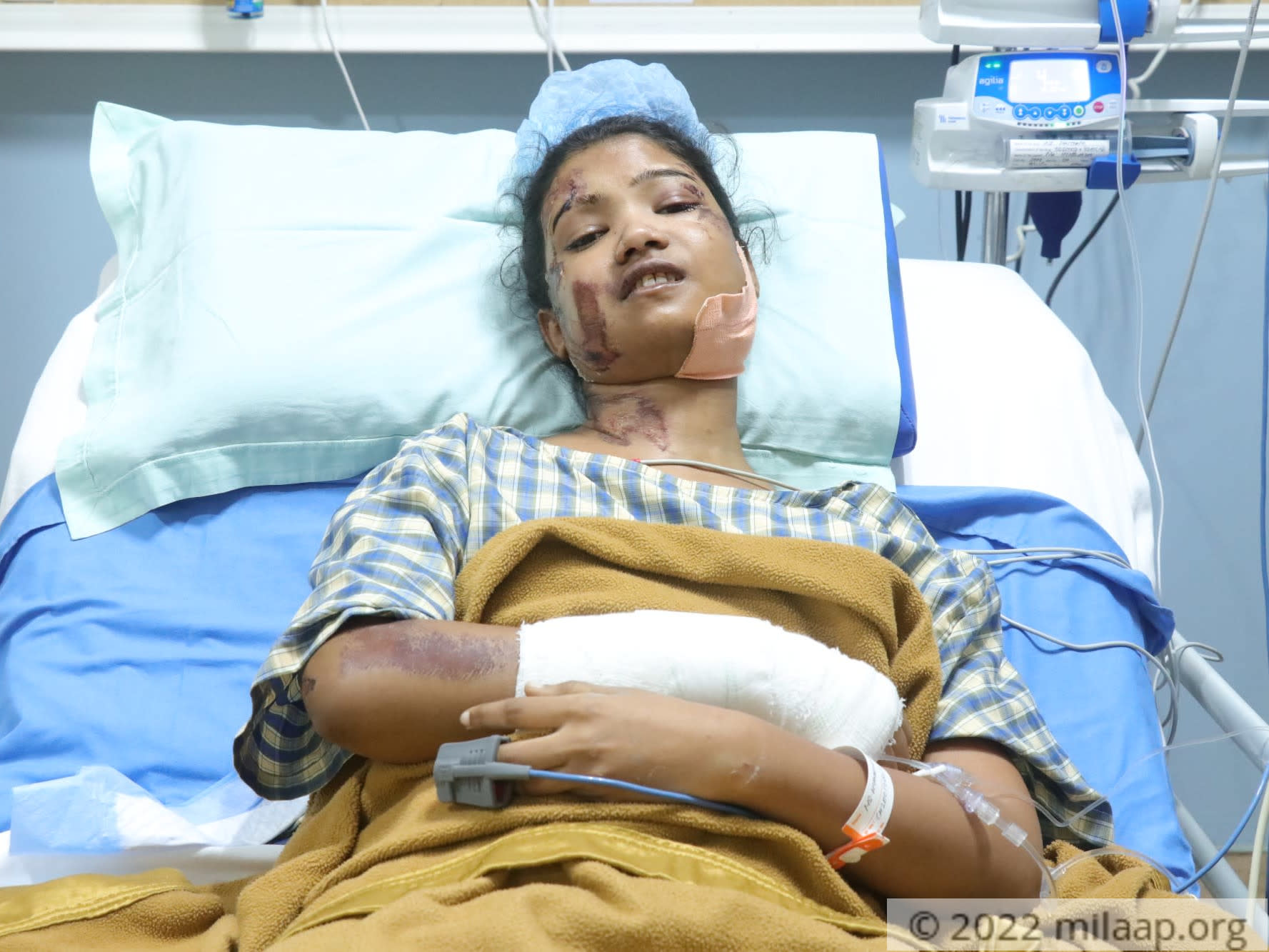 “We are a poor family. It is with great difficulty that I am raising my four children. Hymavati is the eldest. She studied well and became a nurse so she could help me support the family and make her siblings’ lives better. But now, this accident has affected her so badly that we don’t know whether she will be the same person she was before.” - Veeraswamy, father.

Hymavati and her colleague were crossing the road after their shift last week, when a speeding car collided into them unexpectedly. Her colleague died on the spot, while Hymavati sustained severe injuries on her face and right forearm. Covered in blood, she was taken to the hospital by bystanders. They later learned that the driver of the car had been driving under the influence of alcohol.

‘She cannot speak anymore... she can barely move her face’

Hymavati’s face has become disfigured due to the injuries she sustained. The left side of her face is swollen as she has broken some facial bones, and also fractured her right arm. She is writhing in pain, leaving her helpless parents, Padma and Veeraswamy, in heart-shattering despair

“She tried to communciate with us, but in vain. She has lost her voice, and cries all the time because she knows we don’t have the means to pay for her treatment. We tell her everything is going to be okay despite knowing deep down that we are quite helpless.” - Padma, mother.

Nobody is willing to loan this poor family any money

Veeraswamy works as a security guard for a private company in Warangal. His salary was never enough to meet school tuition, food and other expenses of his three other children. He was dependent on Hymavati’s salary for it. Hymavati, working as a nurse in a private hospital in Hyderabad, used to send almost all her salary to her family as a result. After her accident, Veeraswamy was forced to take loans from moneylenders, but he hasn't been able to repay the interest at all. As a result, he is not able to borrow anymore money to pay for his daughter’s treatment.

“Moneylenders are asking me for the interest amount I owe them. Here I am struggling to keep my daughter alive. How will I ask them for more money now? We have no friends or relatives to help us, either. The future of my entire family is uncertain now.” - Veeraswamy.