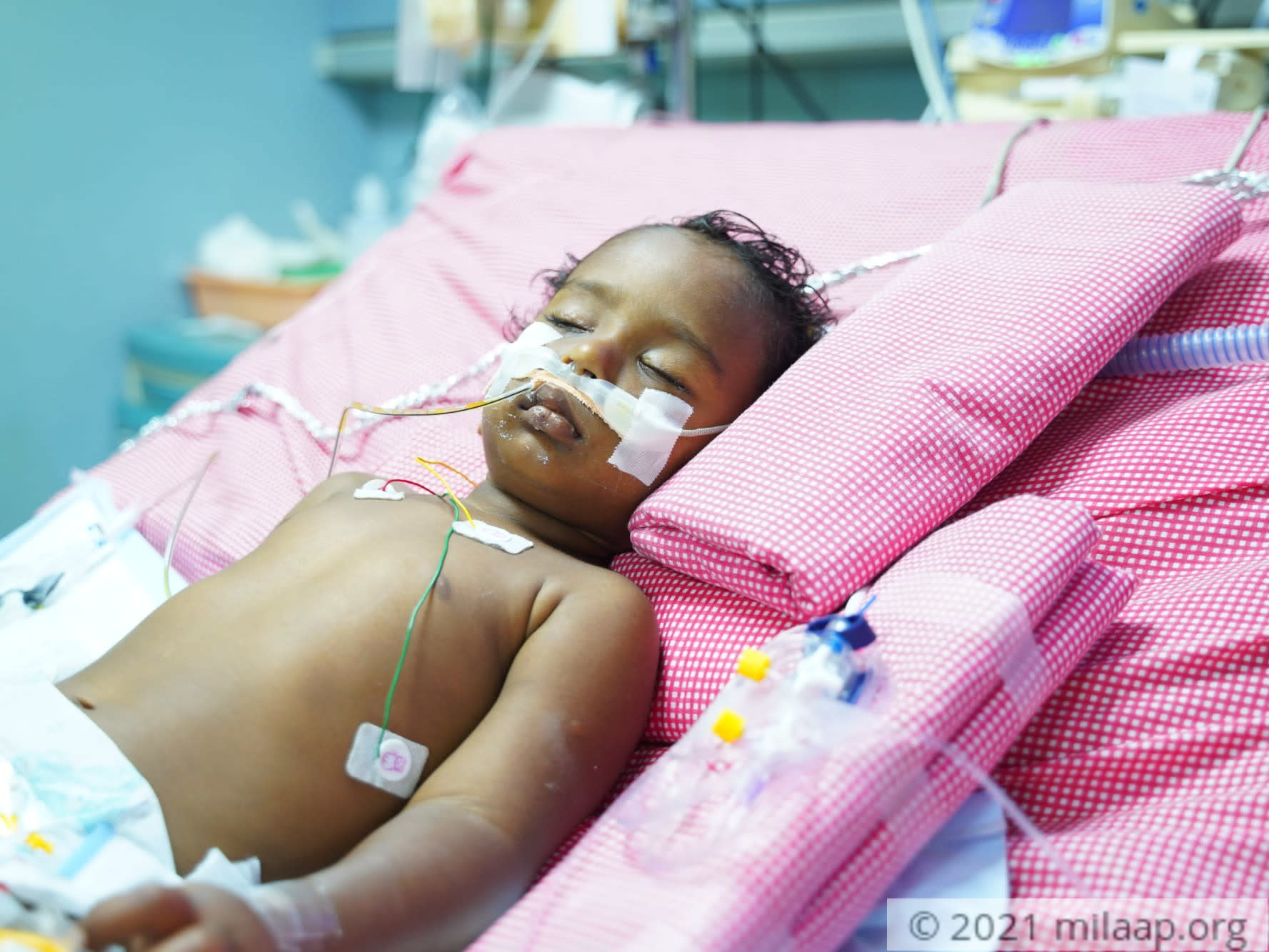 Share
Himavardhan, a 2-year-old from a small village in Andhra Pradesh, is fighting for his life in the ICU. An unfortunate accident left this little child unconscious for over 2 weeks, with traumatic injury to his brain. His father Edukondalu is a daily wage labourer who has exhausted all his resources for his son's treatment. They need your help!

Fell on the floor with his ears and nose bleeding profusely

"My children were playing outside when I heard them scream and cry all of a sudden. I rushed to see what happened and I saw Himavardhan had fallen. He was bleeding from his ears and his nose. There was so much blood that my body froze for a second, but I pulled myself together and just ran for help." -Vanitha, mother

Vanitha ran to the road and tried to flag down passing vehicles to take her son to the hospital. But little did she know that it would be a long fight to bring him back home - healthy and alive.

After first aid was done at the local hospital, they were sent back home saying he was perfectly fine and that he just needed some rest. But within a few days, things got out of hand and Himavardhan had to be rushed back to the hospital.

"He had a high fever and he was vomiting uncontrollably. His condition didn't improve despite taking medicines. And then, he had fits, there was foam coming out of his mouth and he fell unconscious. We wasted no time and took him to a bigger hospital in an ambulance. Those 3 hours, the entire way, we just prayed to God to keep him alive. I was scared to death of losing him and I never want to feel that way again." -Vanitha

He is unconscious and needs medical attention every day to survive

Himavardhan was then diagnosed with a traumatic brain injury. He was put on ventilator support and the poor child hasn't opened his eyes since then. Due to delayed treatment, his body suffered a severe blood infection that even damaged the left ventricle of the heart. He needs constant medical attention to survive, but the parents can't afford it.

"Today I saw him moving his fingers a little and I called the doctors. They say that my child is showing positive signs and that continued treatment for another 3 weeks can bring him back to normal. I can't wait for that to happen but I am unable to afford the treatment. I have spent every rupee I had to save him, I don't know what to do now. Please help me save my son. You are my only hope." -Edukondalu

Without help, they will lose their child. With your generous contribution, these poor parents can save their son from this unfortunate fate. Click here to contribute.
H
Patient Himavardhan is 3 years old, living in Machilipatnam, Andhra Pradesh
RC
Being treated in Rainbow Children's Hospital, Vijayawada, Andhra Pradesh