He Hasn’t Slept Or Eaten In Weeks Due To The Pain Of His Failing Liver, This 1-Year-Old Needs Help | Milaap
loans added to your basket
Total : 0
Pay Now

He Hasn’t Slept Or Eaten In Weeks Due To The Pain Of His Failing Liver, This 1-Year-Old Needs Help 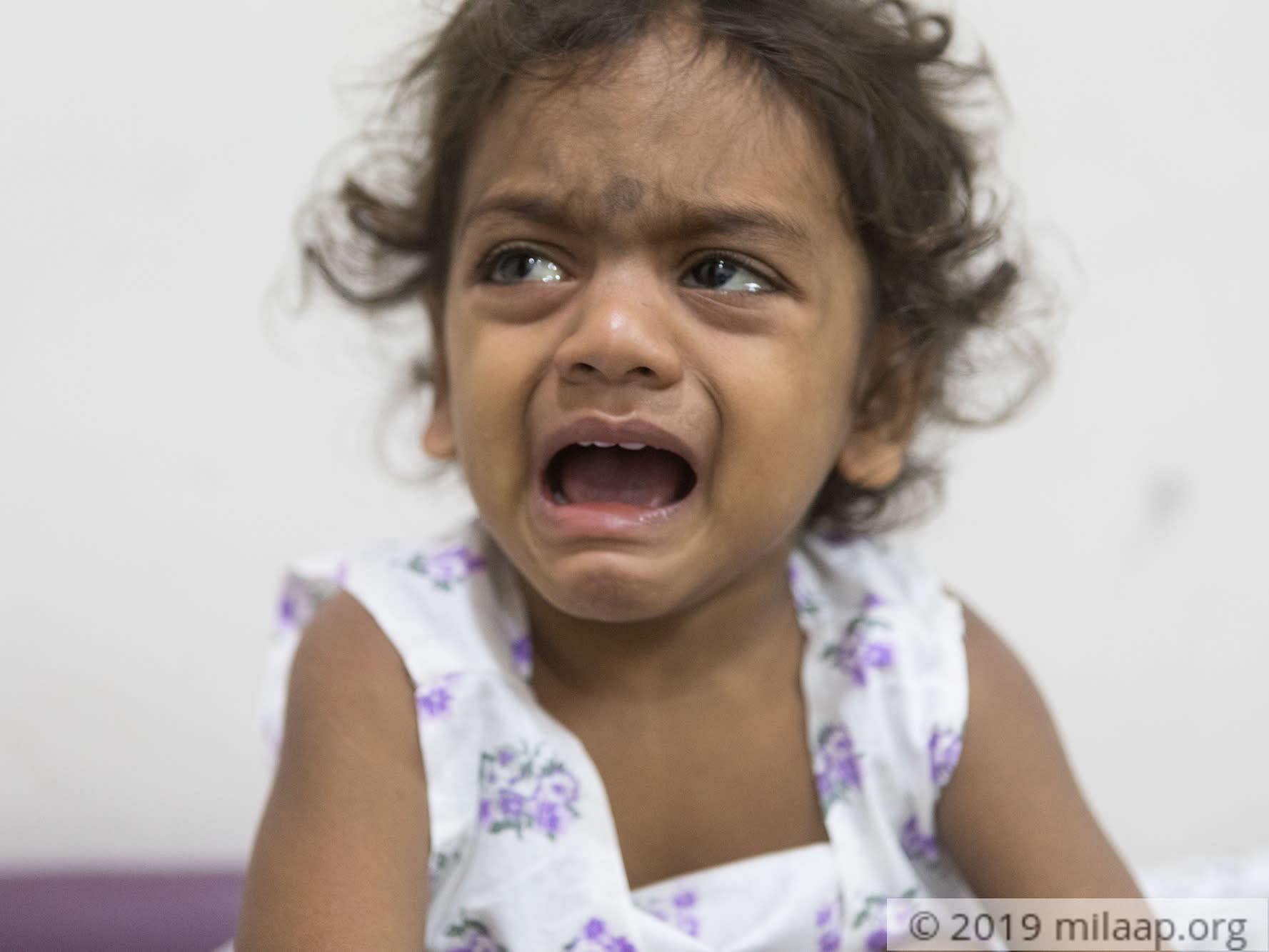 Share on facebook
The last few months have been harrowing for Pothaiah and Ramasubbulu. Every moment they fear that something bad will happen to their 1-year-old son Himanshu. They fear that they will lose him like they lost their first-born - his liver was damaged beyond repair.

“He was only 5 when he left us, there was nothing we could do. By the time we got to know about the disease, it was already too late. I can’t let the same happen to Himanshu, I have to do something to save my son,” - Pothaiah, father.

We couldn’t believe the disease had come back to haunt our lives, again

5 months back, Ramasubbulu noticed that Himanshu was very restless. He was itching his entire body - he was itching till blood oozed out of the wounds.

“We were not new to the symptoms. This is exactly what had happened to our first child. This time we didn’t waste a single minute. We took him to the hospital and several tests later, our fear was confirmed,” - Ramasubbulu, mother.

This disease is aggressive in nature - it is spreading fast in Himanshu’s body. Patients with this disease live only till the age of 5. The only cure - an immediate liver transplant. It would cost them 18 lakhs but Pothaiah doesn’t know if he can afford it.

“I look at my son, crying and in pain. His stomach has started swelling up and is hard. He can’t digest anything, he constantly passes watery motions. But the itching is the worst. It’s been days that he has slept properly. I know there is hope for him but still my hands are tied. Without help, I can never arrange so much.”

Pothaiah is a professor at an engineering college in Hyderabad. He has a decent income and was doing a good job taking care of his family of 4. This was till Himanshu was diagnosed with this dangerous disease. He has spent a lot on tests and medicines. Now they are pinning all their hopes on you.

You can save little Himanshu 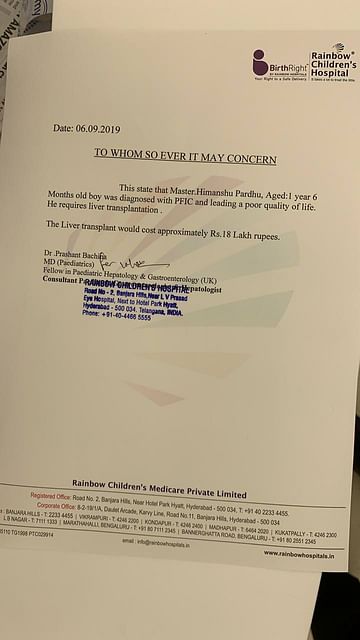 Click here to know more about Himanshu Pardhu
Donate now
OR
Click here to read the instructions before you make a bank transfer.

Donated to this campaign via Paytm? Click here if you can’t find your donation listed below.
VG
Vamsi donated $250
A
Anonymous donated $200