He Started Working At 17 To Support His Family, Now He's Fighting A Deadly Disease | Milaap

He Started Working At 17 To Support His Family, Now He's Fighting A Deadly Disease 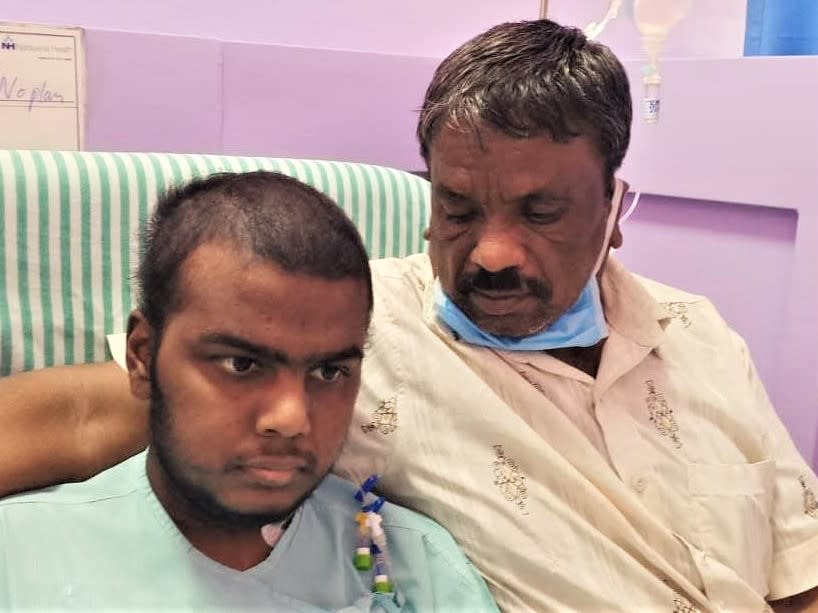 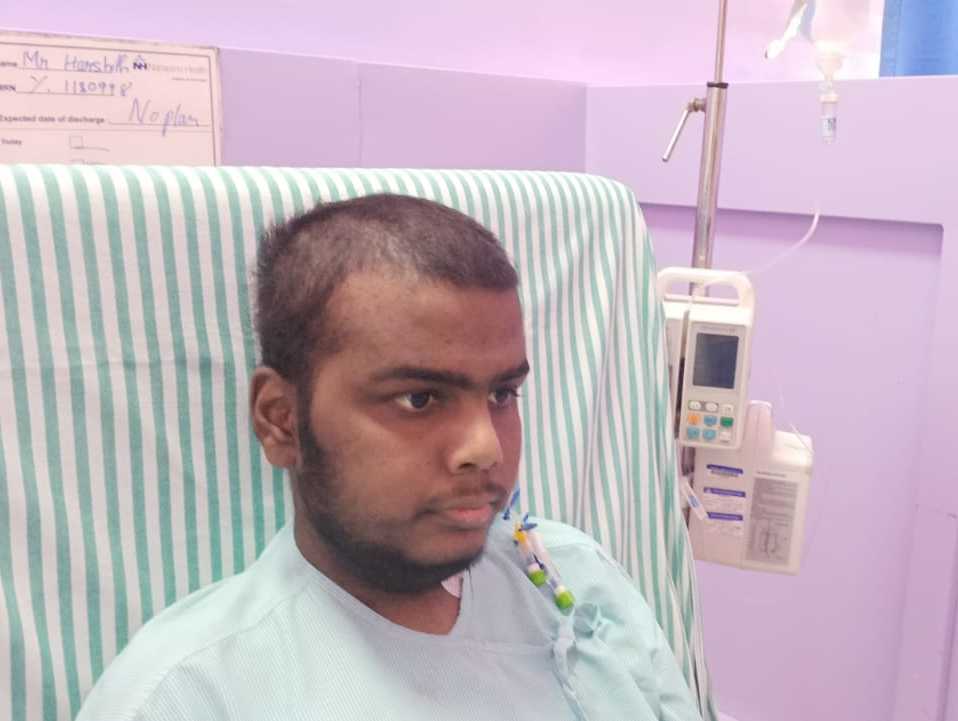 Share
Though he’s only 20, my son is so responsible! When he was 17, I wasn’t able to earn much selling vegetables, I was struggling to feed my family. In that difficult hour, though we didn’t ask him to, Harshith started working in a factory so that we wouldn’t go hungry!
That’s the kind of boy he is. And now he’s in the hospital.
He's struggling to survive.
— Subramani, father, breaking down 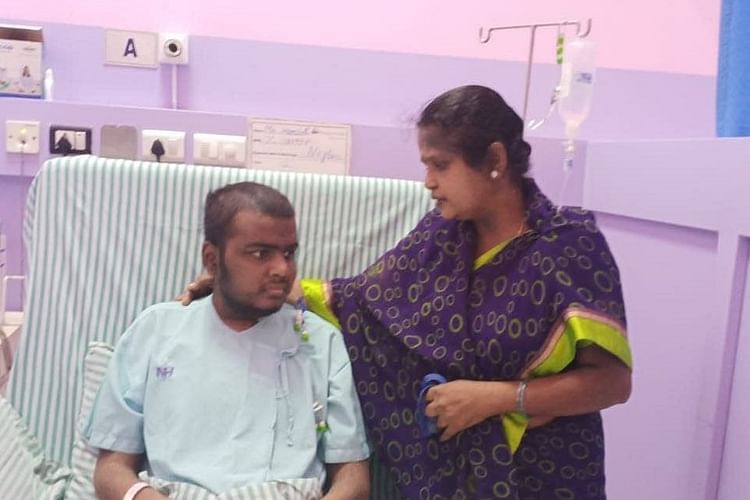 Harshith was diagnosed with aplastic anemia, a life-threatening blood disease, in October 2019. It had come as a rude shock for the family, for he had shown no prior symptoms at all. One day he was completely fine, and the next day he started bleeding from his mouth while at work. Unable to get answers from local clinics, Subramani had taken his son to a big hospital in the city. Test results revealed a truth his family hadn’t wanted to accept.

“They said his body had stopped producing blood...he was dying! He needed an urgent bone marrow transplant to live!” — Pushpa, mother 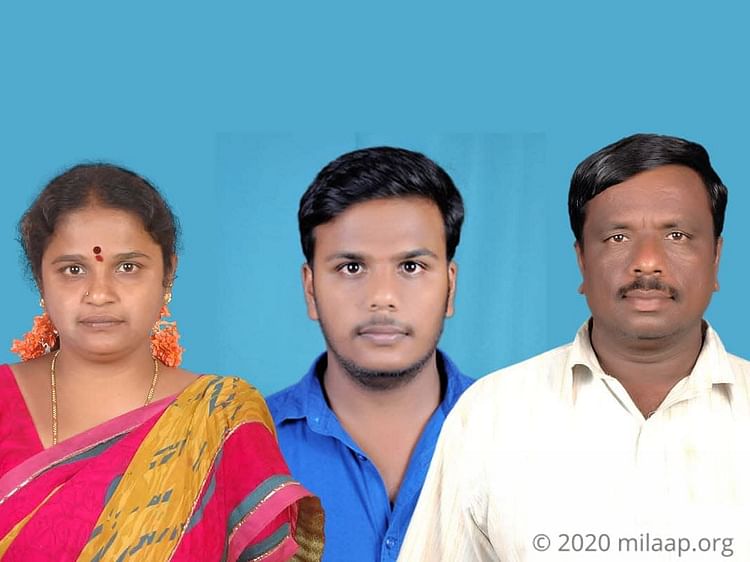 They were inches away from losing him

“The cost for a bone marrow transplant was... I didn’t even know a medical procedure could cost that much! I wasted no time and sold a small piece of land I had, my wife sold all her jewellery, we took loans upon loans upon loans. A month later we were finally able to afford it. We were inches away from losing him by then, so when he started recovering we were ecstatic! We had spent 30 lakhs overall! But a few months later his body started rejecting the transplant, and now his condition is worse than before!” — Subramani 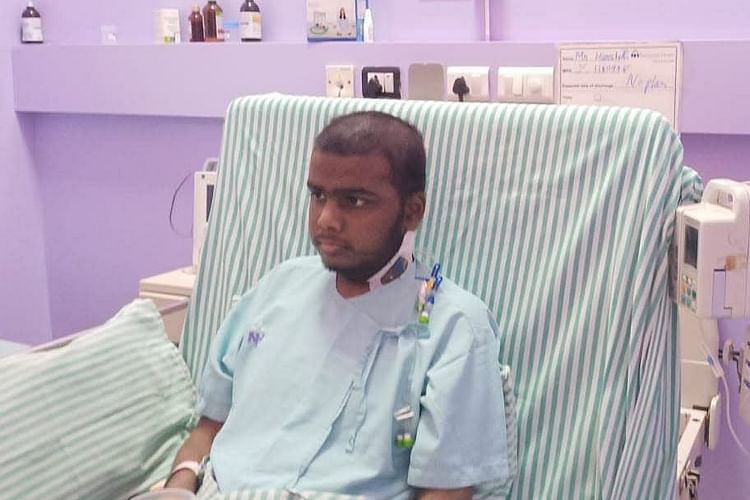 He has suffered a rare complication, and needs extended hospital stay

Harshith has now officially been diagnosed as having graft-versus-host disease - instead of simply replacing the unhealthy cells in the body, the transplanted cells start attacking instead. This is extremely dangerous, and in some cases (like Harshith), can be more life-threatening than the original disease itself. This young man now needs extensive medical care to recover. After getting so close to taking him home, after they spent so much money, it would be a cruel twist of fate for these parents to lose him. 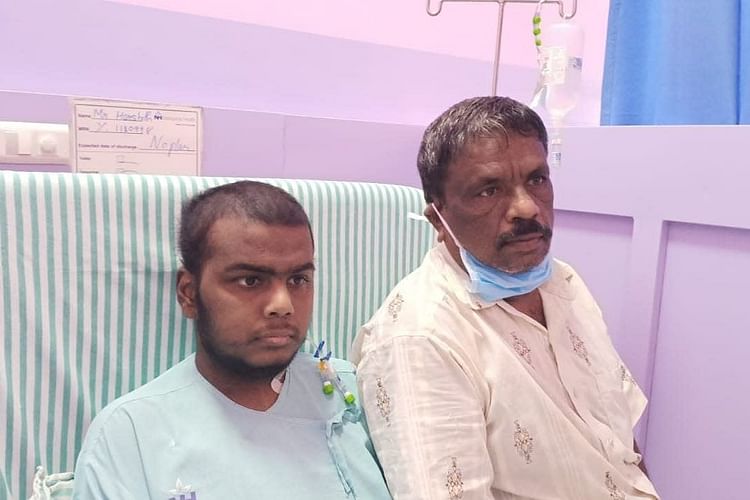 His family would be shattered if they couldn't save his life

“When he first found out that he has a life-threatening disease his first concern was if... if we would be okay! Such a boy does not deserve to die! Please help us save him!” — Subramani

This family has already spent everything they had — and more — trying to save young Harshith. Now his life is in your hands. Click here to donate.
H
Patient Harshith is 20 years old, living in Bengaluru, Karnataka
NH
Being treated in Narayana Hrudayalaya, Bommasandra, Bengaluru, Karnataka