The Only Treatment Keeping Him Alive May End Anytime Soon | Milaap
loans added to your basket
Total : 0
Pay Now

The Only Treatment Keeping Him Alive May End Anytime Soon 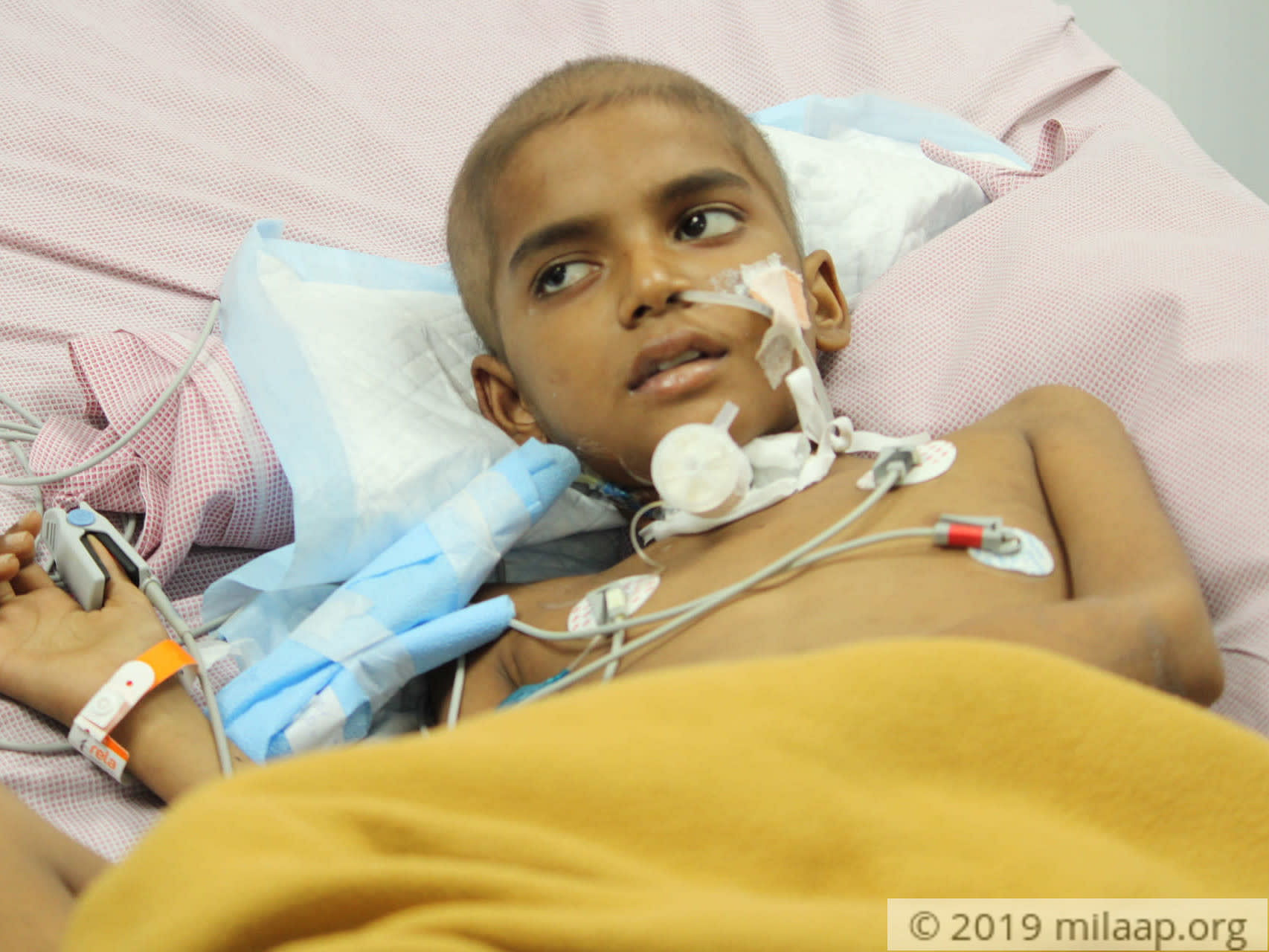 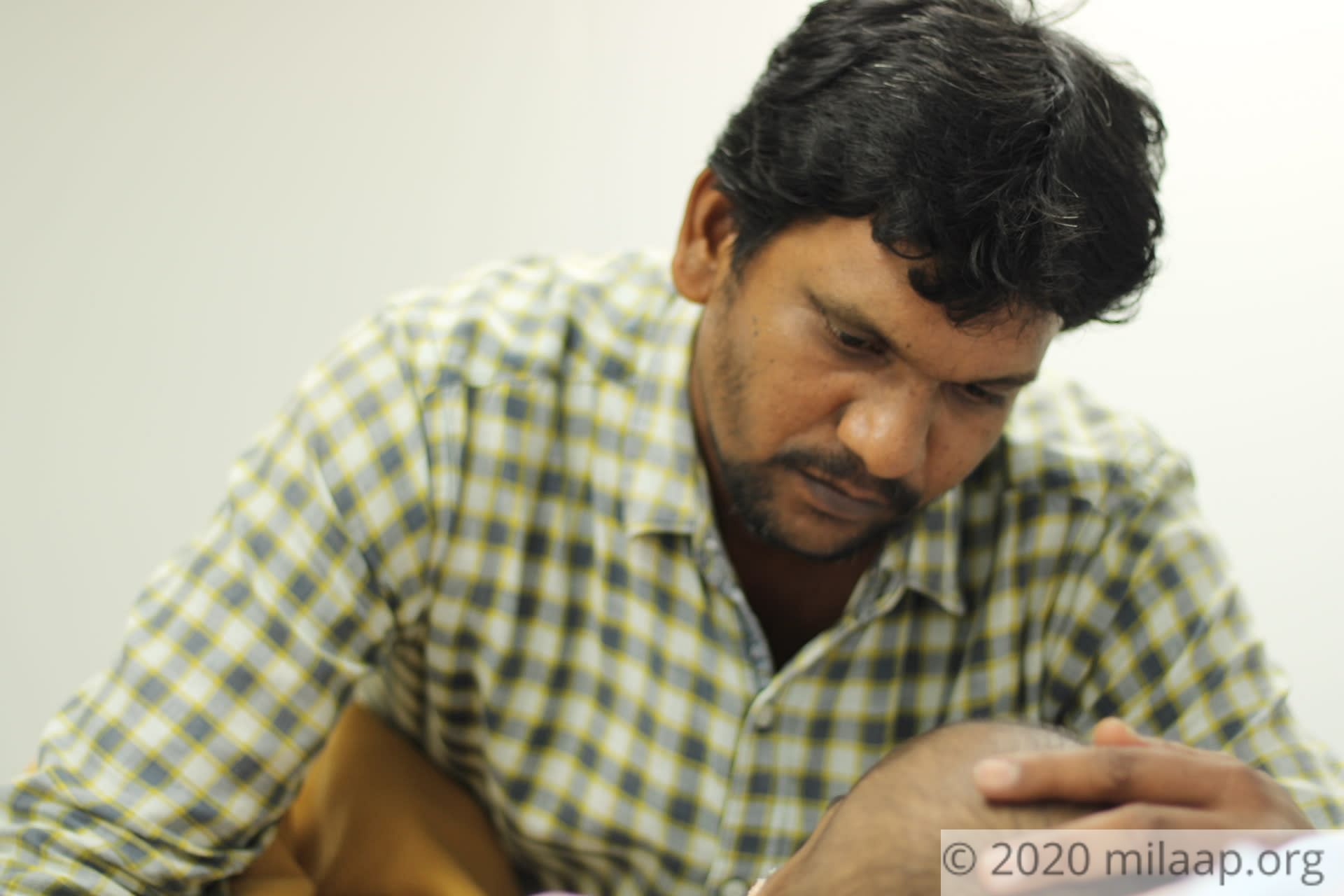 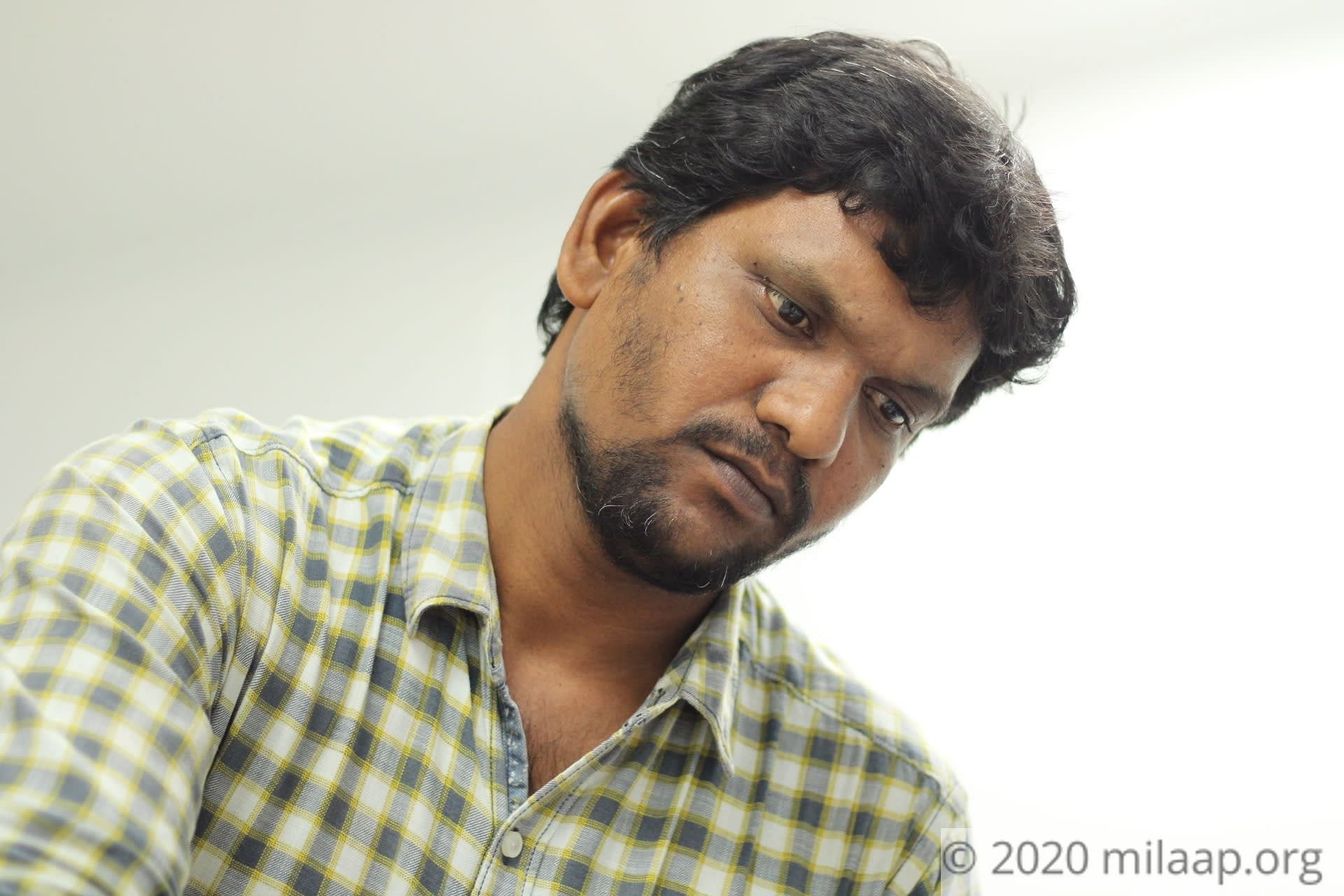 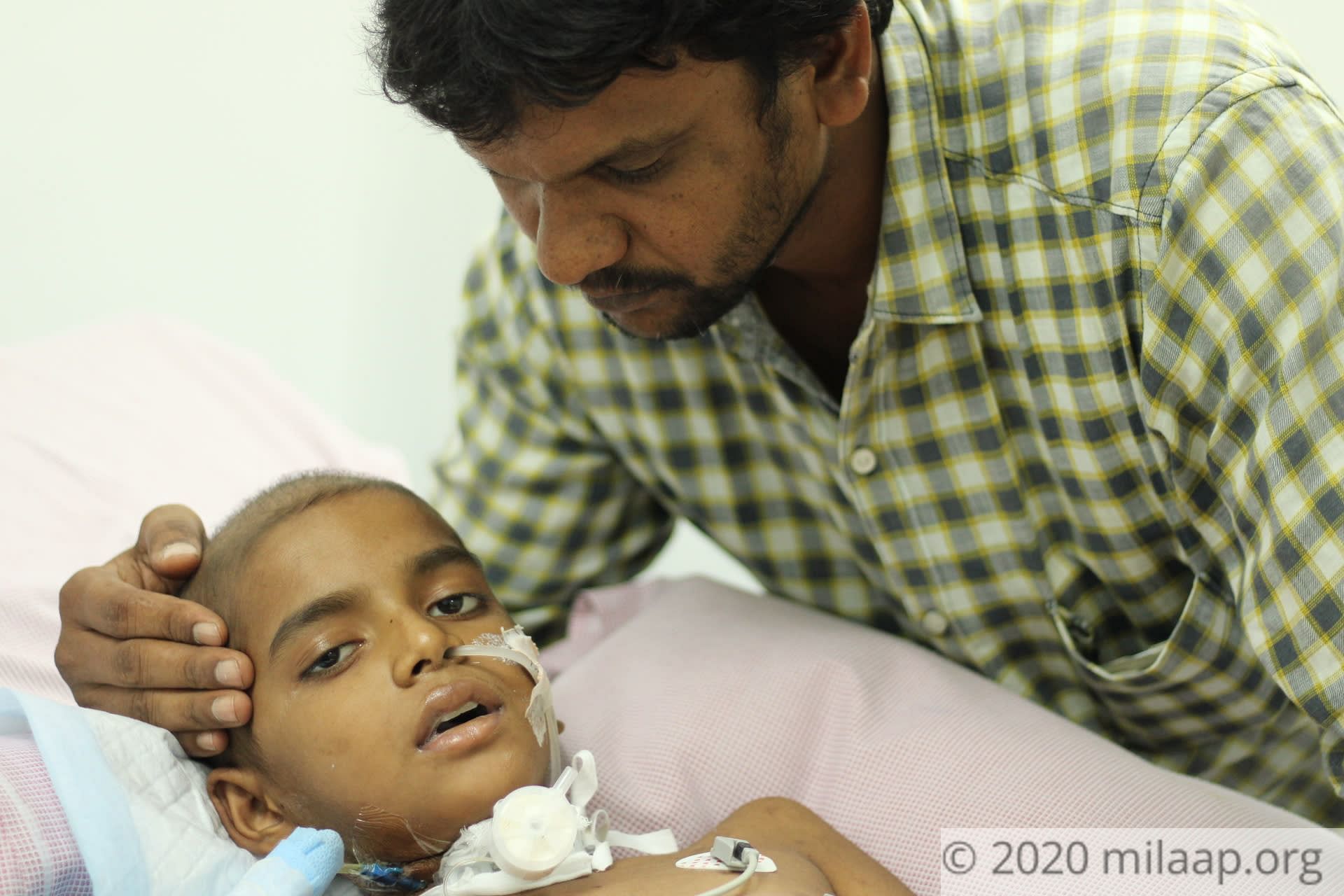 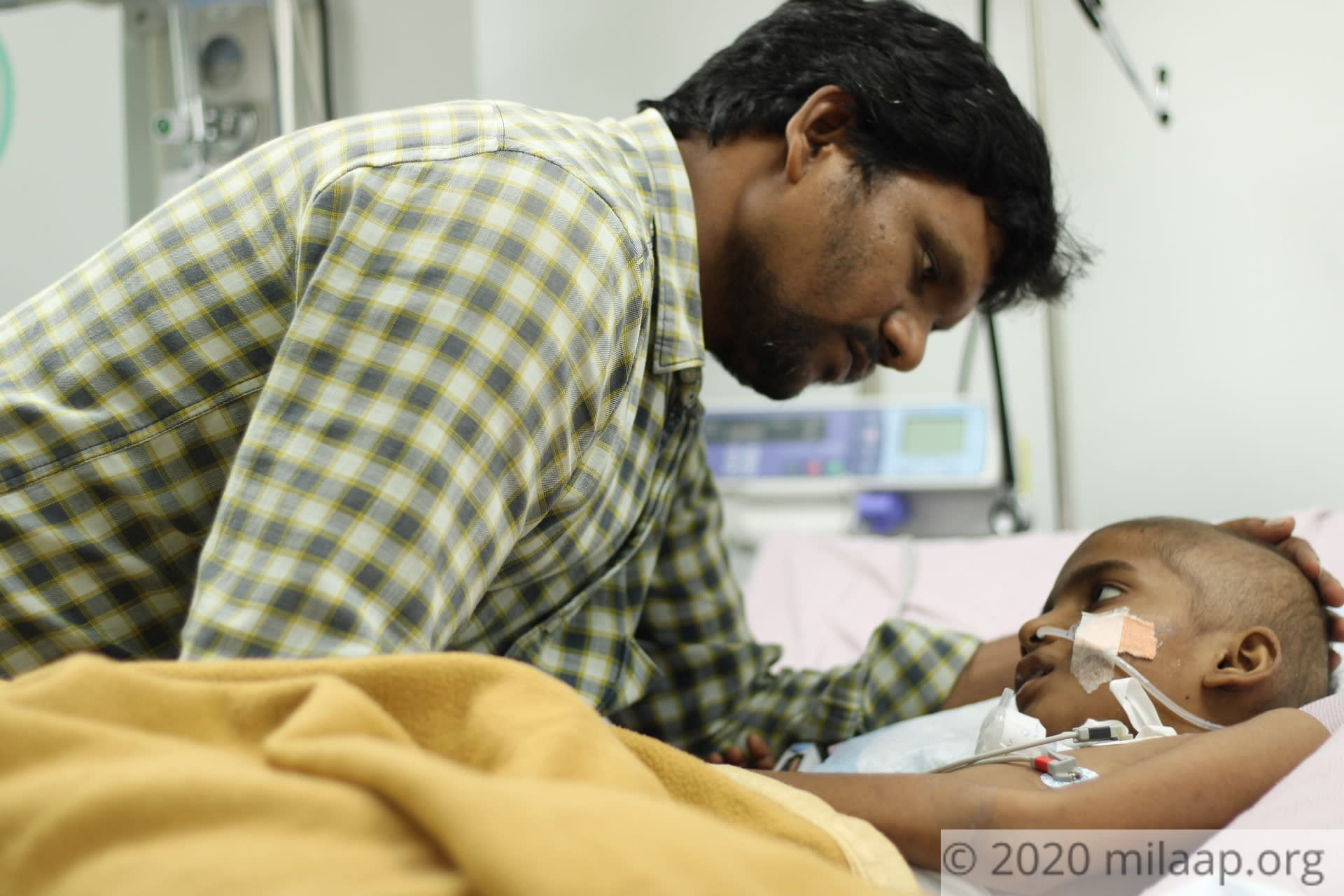 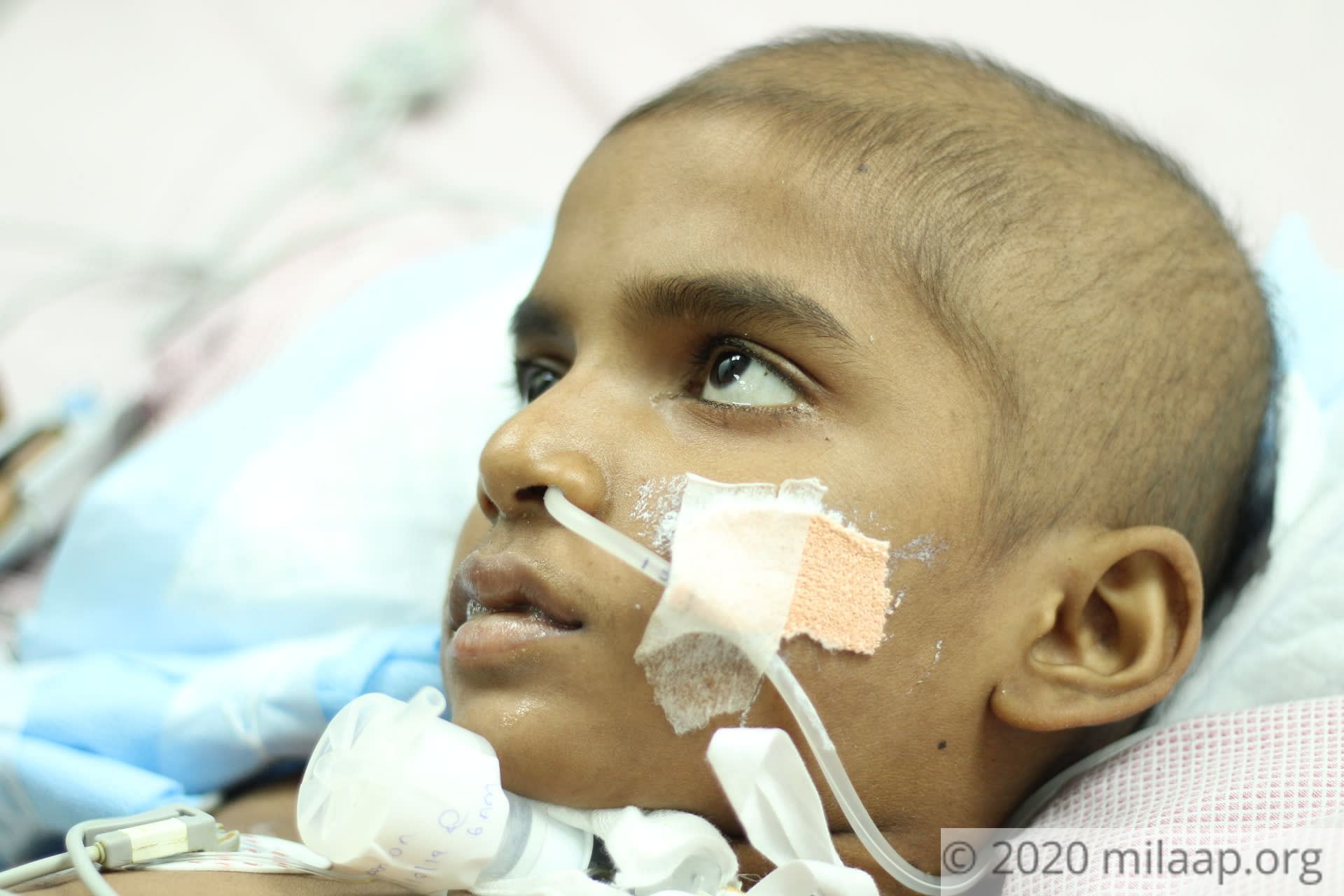 Share on facebook
After Hari was diagnosed with blood cancer, Nagraj, his father, did everything to save his son from the fatal disease. For 4 long months he has kept fighting but it keeps getting harder for them.

“As if the cancer was not enough, he is having side effects from chemotherapy too. He is in the ICU now and I don’t know for how long. I just want to take him home.” - Nagraj

Hari keeps having episodes of high fever and remains unconscious and weak most of the time. He still needs to continue chemotherapy but due to the side effects the cost of the treatment is going very high. Nagraj is unable to keep up with the expenses.

“Sometimes when I call him, he doesn’t respond, he doesn’t move and it scares me so much that... that he might never wake up.” - Nagraj

I kept hiding his cancer from him

“It will all be fine, you will go to school again, play with your friends and we can go for movies... For 4 months I kept giving him explanations for all the medicines, machines and injections given to him. I kept hiding his cancer from him. How will a 9 year old take that? When his hair started to fall, all I could say was it will grow back and not to worry. How can I tell him... that...?” - Nagraj

His mother borrows a phone to talk to him every evening, she can’t be with him

Meenamma, Hari’s mother, longs to see his son but can’t be with him in this difficult time. She has to look after Hari’s little brother (4).

“Doctors said that my younger son should not be here in the hospital, so she is back in the village with him. She is always worried about him. She cries thinking about Hari and that she can’t be with him but what can we do, our situation is such.” - Nagraj

Haricharan was a very active child. He loved playing with his brother. He used to tell his father that he would learn English and teach him too. Now he is struggling to survive cancer in the ICU.

"He was suppose to start his 5th grade but... I just want him to become well again like he was before, smiling, naughty and active."

20 lakhs to cure his cancer, I don’t even have a job anymore

Nagraj worked as a driver before but after Haricharan’s diagnosis, he had to leave the job and bring his son to Chennai for further treatment. Without the job, without Meenamma, he managed it bravely so far. But now he is losing hope slowly. He is all out of money and has nothing left to continue his son’s treatment.

“I am just a driver. In fact, I used to be a driver, I don’t even have the job anymore. Where will I get so much money? How will I save my little boy? His mother and little brother are waiting for him to come back home. How will I face them if…” - Nagraj, begging for help

Without the continued chemotherapy, Haricharan will not be able to make it. Nagraj desperately needs your help. Your kind contribution can save this little boy's life. 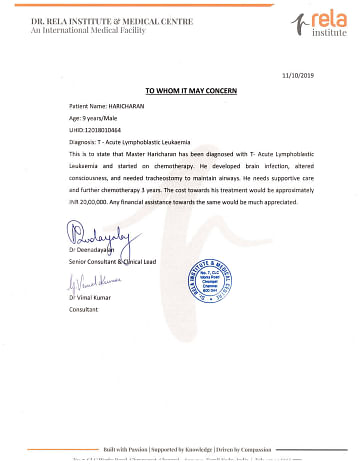 Click here to know more about Hari Charan
Donate now
OR
Click here to read the instructions before you make a bank transfer.

Get well soon, may Saibaba bless you 🙏