His Parents Are Worried His Liver May Burst Any Minute Now 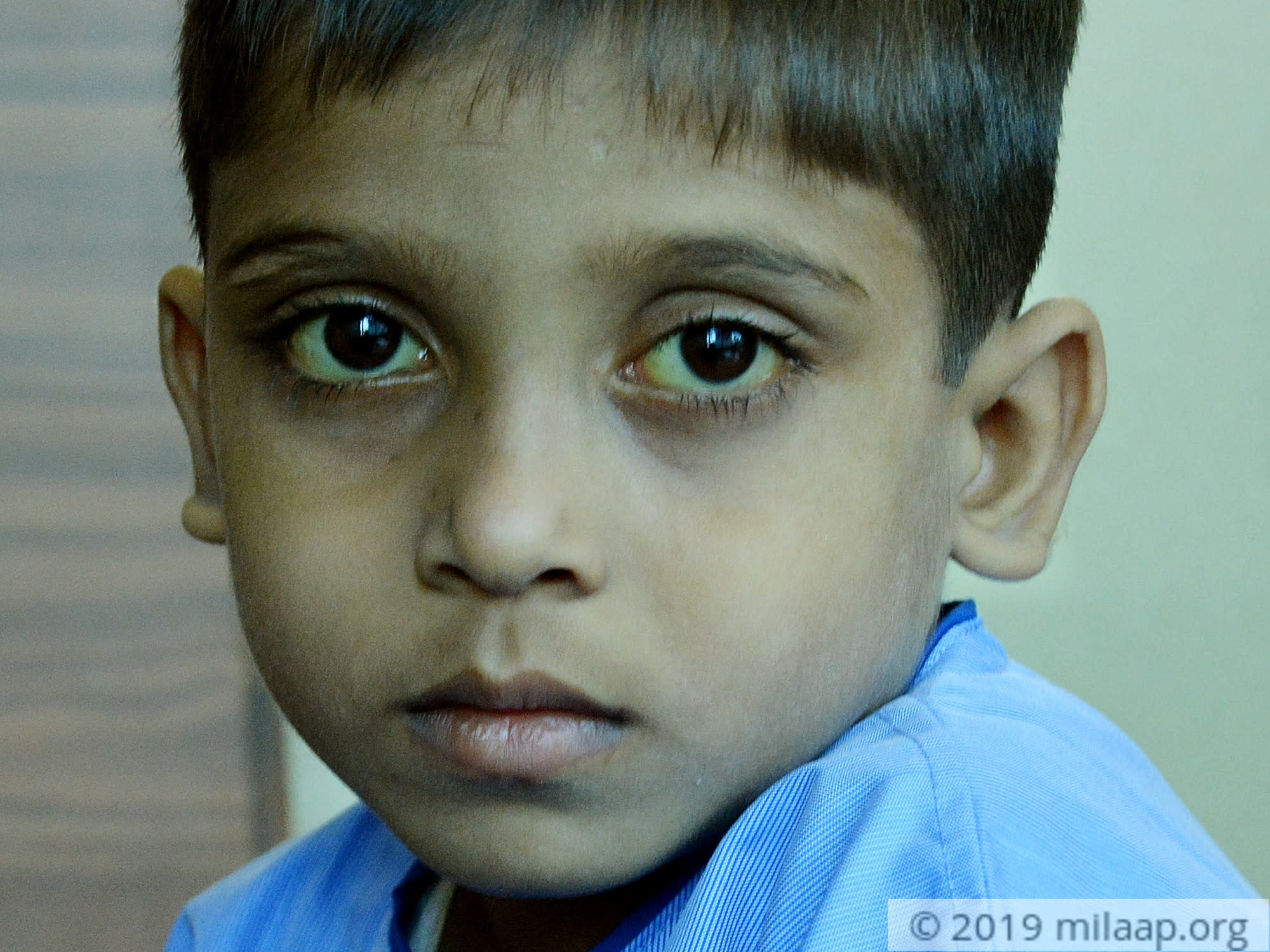 Share
“Mummy, why do I have to take these medicines?”
“So that you get strength like a superhero, beta...”
Sharmin has to lie to her son everyday. Their little boy’s liver is failing due to chronic liver disease and they are unable to save their kid. A few weeks back, the arteries in Hammad's liver swelled so much that they were about to burst. And it happened twice in the same month.

“He was screaming in pain and his entire body was turning more and more pale. It was so scary. We took him to the hospital right on time. Without the treatment, we would have... we would have lost him that day." - Imtiyaz, father

The clock is ticking and it is getting scarier

Hammad needs an urgent liver transplant. His mother and uncle could have been a match as a donor, but they have fat in their livers for which the doctors have asked them to be on a diet. Without them as a potential donor, his parents have to look for a donor outside the family.

“I thought maybe I could at least help by giving a piece of me to save him, but I can’t do that too. I just pray every single day that somehow everything gets better. Already 2 months have passed by since we got to know. The more it gets delayed, the more it is getting scarier.” - Sharmin

He took pills everyday since he was born

The parents found out about his liver disease soon after his birth and ever since then, Hammad has been taking pills. Every once in a month, despite their poor financial condition, these parents took him for tests without fail.

“He couldn’t swallow back then, so I used to crush the pills and gave it to him. He is 5 now and... and beginning to understand things. He is so scared of those pills that he cries. With his sweet little voice, he innocently asks me ‘why do I have to take these medicines mummy?’ and I just feel like crying.” - Sharmin

With my income, saving such a huge amount was impossible

Imtiyaz works as a daily wage labourer and does whatever work he gets. Sometimes a mason, sometimes a painter, sometimes even a gardener but it is not enough.

“Sometimes I don’t get work for days... even months. We somehow managed to save our son so far, we borrowed and our relatives helped a lot but... but 16 lakhs? What work will get me so much money? We don’t even have land or house to sell. I... I am so scared to think what will happen if...” - Imtiyaz, father

Hammad can only survive this chronic disease with your help. This little boy of 5 can live a happy and normal life. The parents are in desperate need of help and are counting on you.
H
Patient Hammad is 6 years old, living in Mumbai City, Maharashtra
GH
Being treated by Dr Anurag in Global Hospital, Mumbai