They Can Lose Him The Same Way They Lost Their Firstborn, Desperately Looking For Help | Milaap

They Can Lose Him The Same Way They Lost Their Firstborn, Desperately Looking For Help 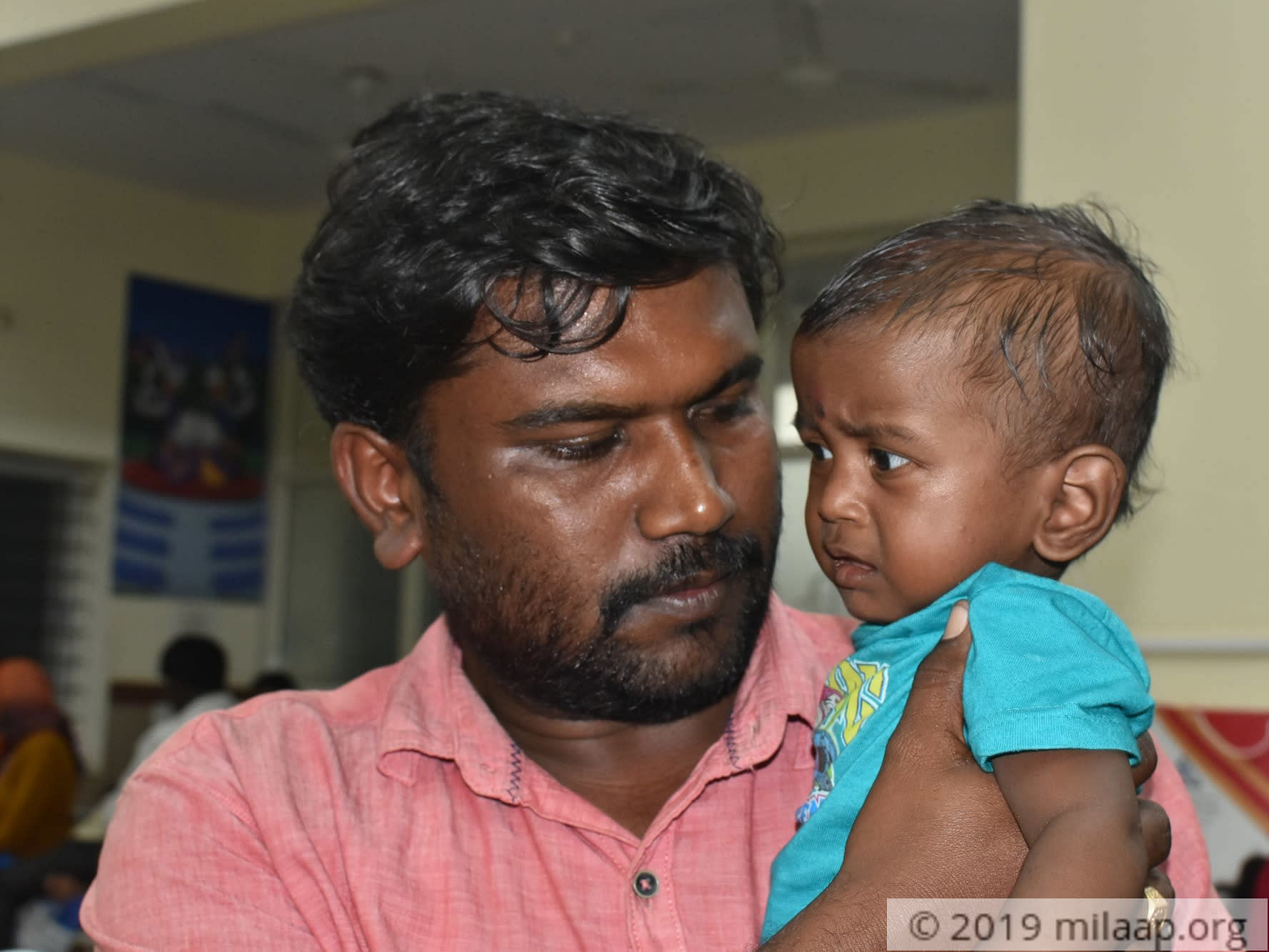 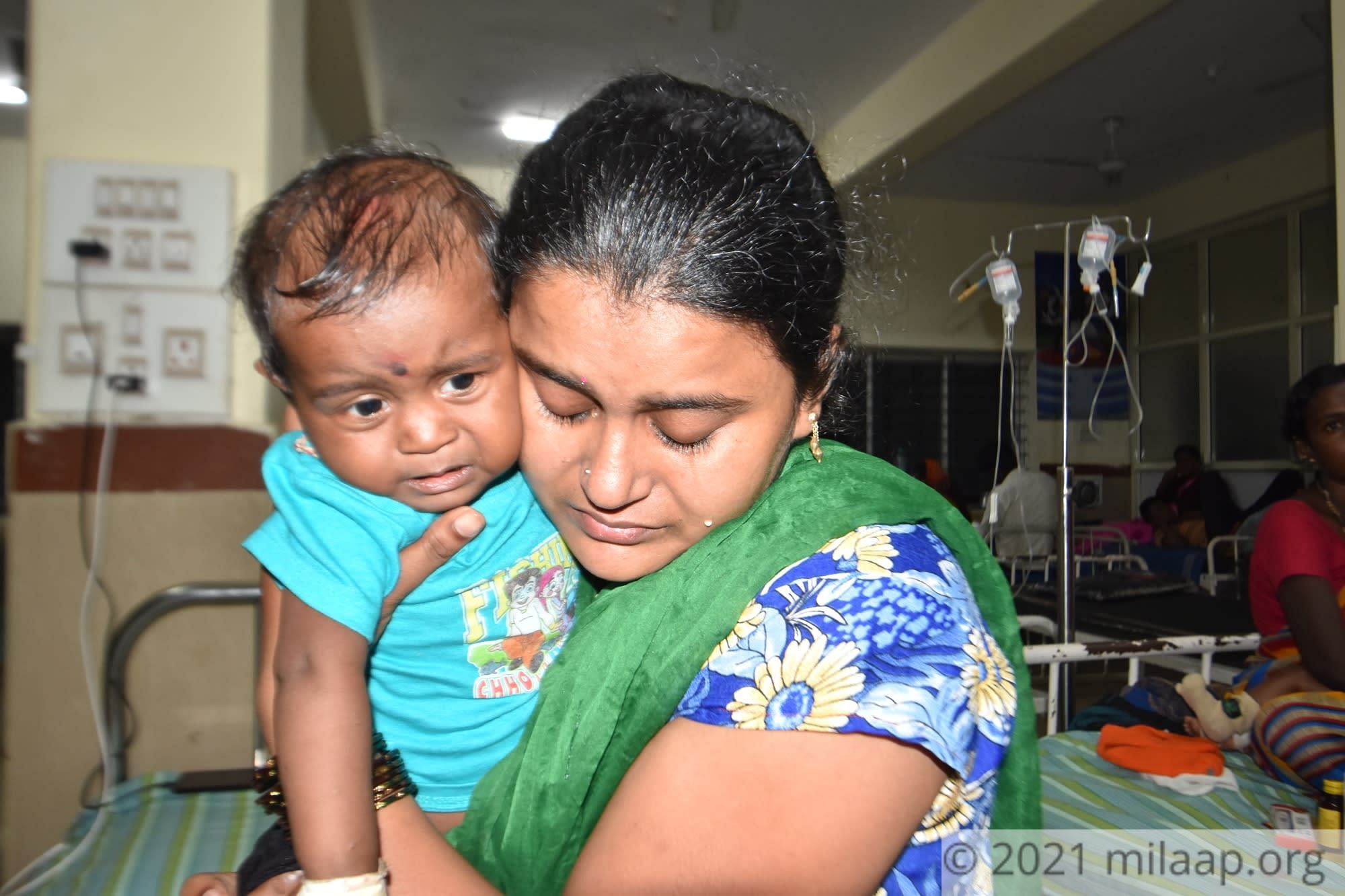 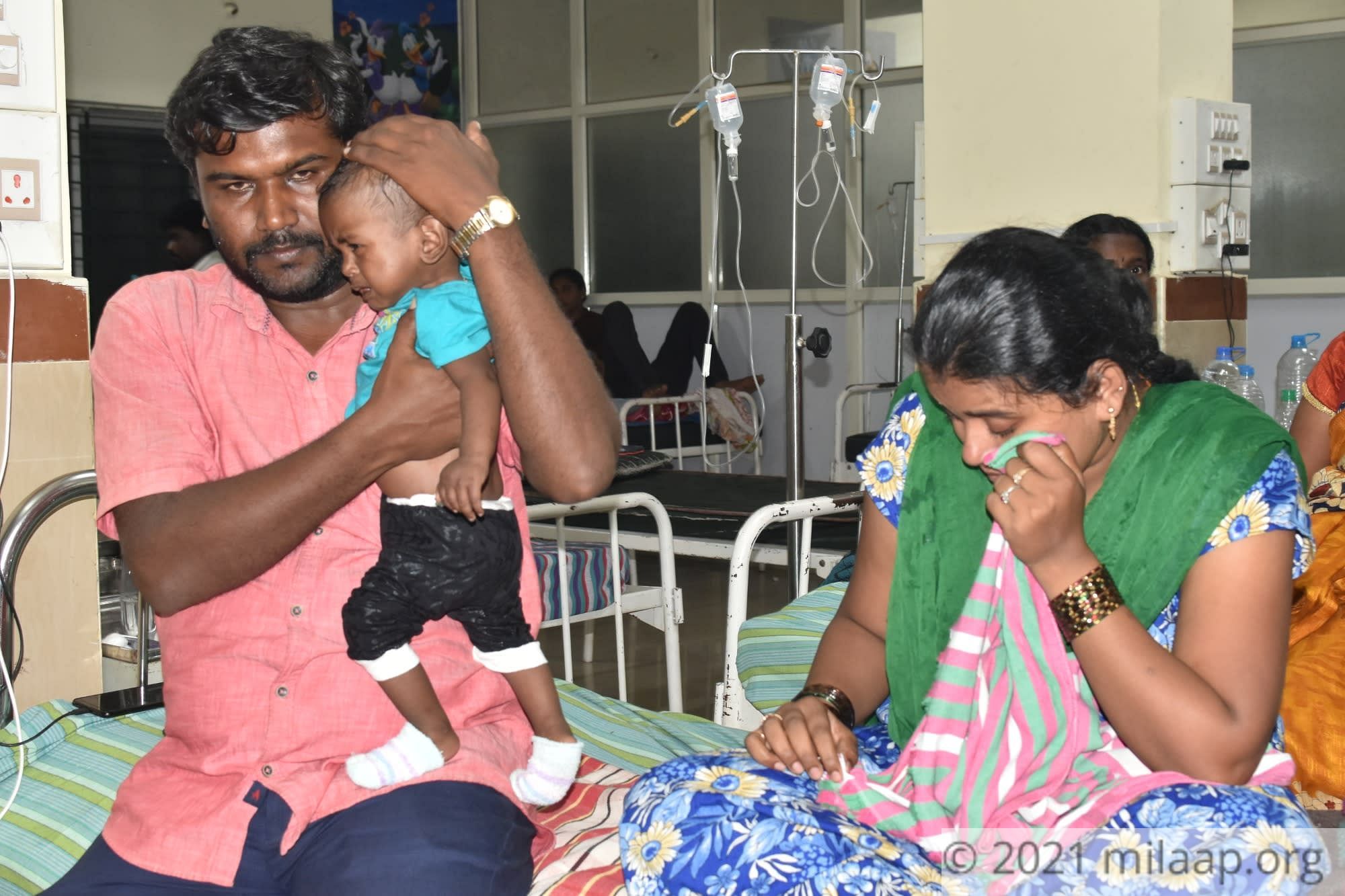 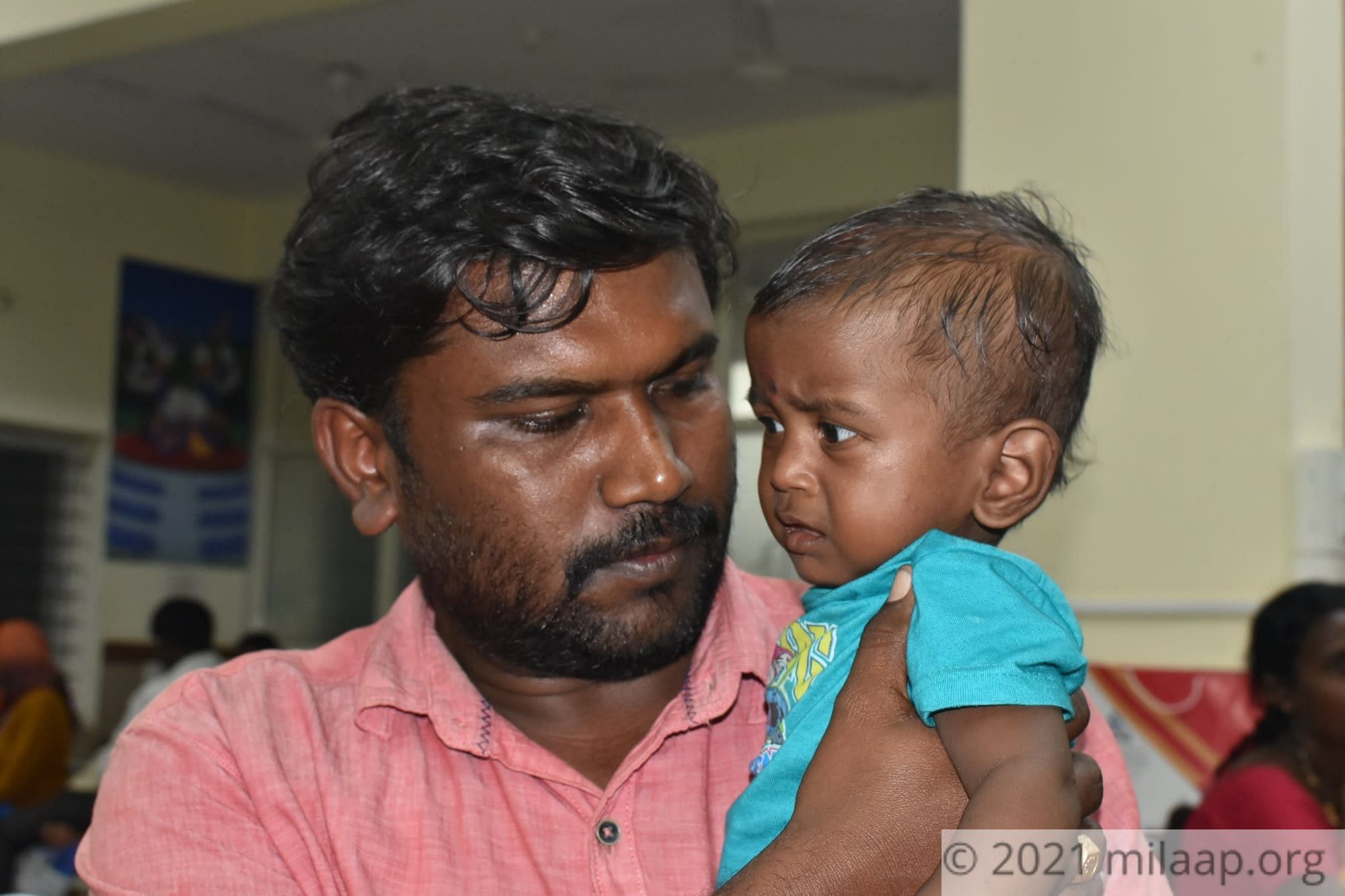 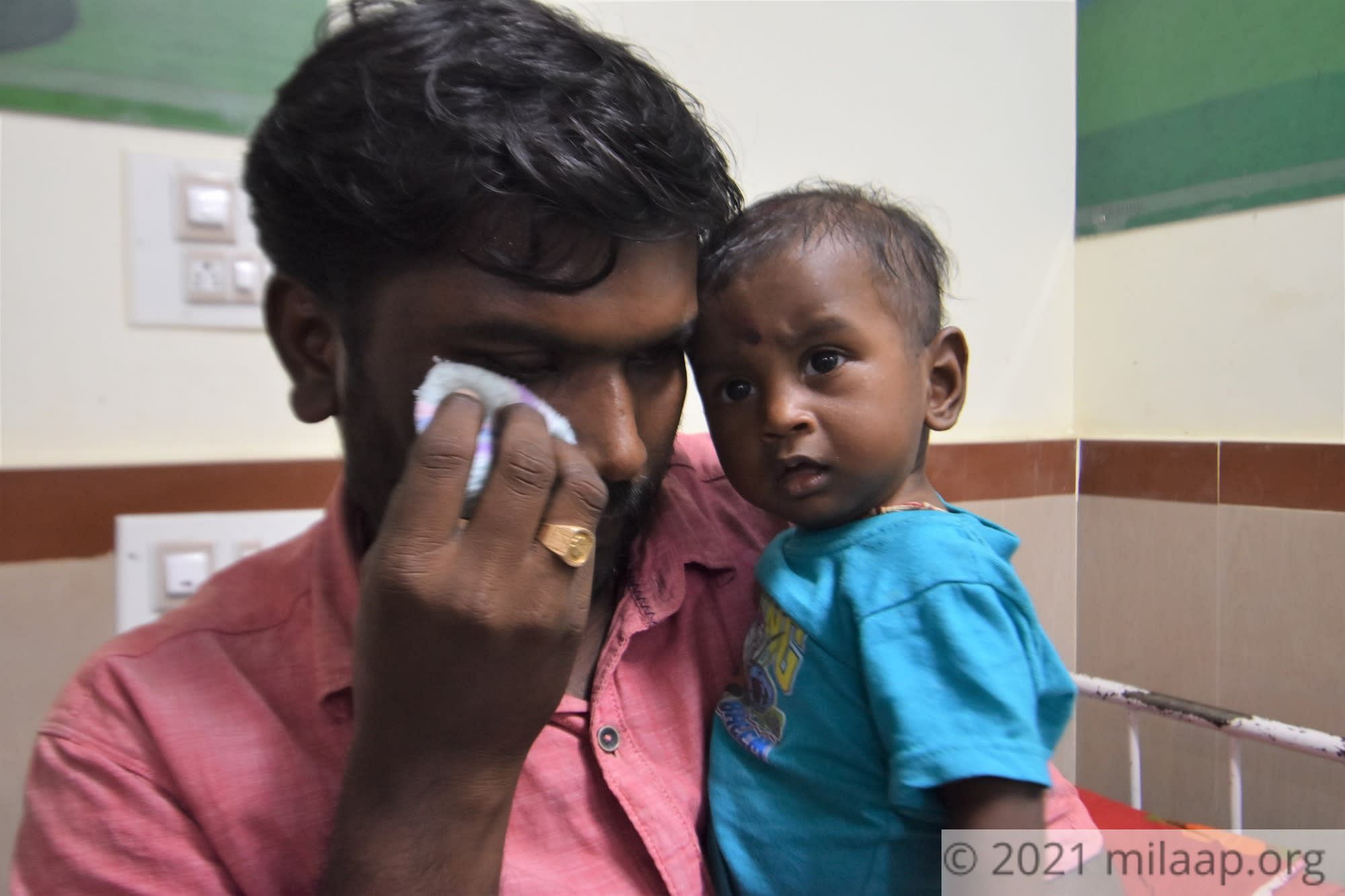 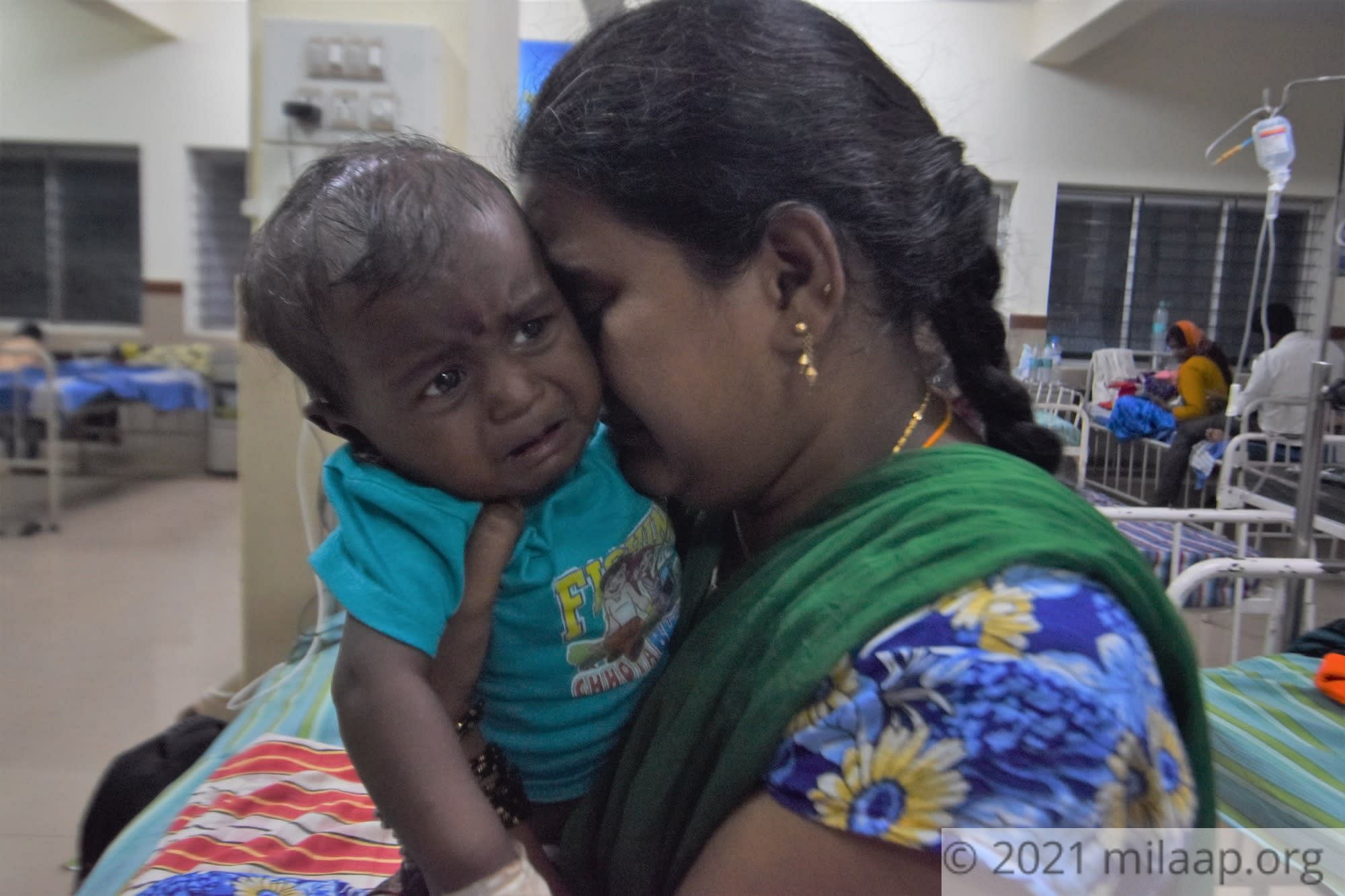 Share
Ravanappa and Shyamala’s firstborn died fighting the same symptoms which their 7- month-old son is suffering from now. It took them 5 years to recover from the loss and it is devastating for them to watch it happen all over again.
“ Both times it started with a fever and murmuring of the heart. My first son was admitted to the hospital and was being treated for tuberculosis. By the time we woke up the next day, he was gone. He died… he died in the hospital and no one could save him. I don't want Gowtham also to...” - Shyamala, breaking down mid-sentence

Even the slightest chance of infection can kill the little child

Gowtham is suffering from severe combined immune deficiency, it is a potentially fatal disease that leads to extreme susceptibility to very serious infections. These infections if not in control can get severe and lead to death. Fortunately, a bone marrow transplantation can cure the disorder but these parents cannot afford it.

“He is so small, just 7 months. He doesn’t understand what is going on. But he is scared of injections. He has to get one daily to protect him from infections. Whenever the doctor comes, he just starts crying. But what can we do, the injections are keeping him alive.” - Ravanappa

Their worst fear will come true without the transplant

Ravanappa and Shyamala have been running to every hospital they can to save their son, to know what exactly was making him so sick. 2 months went by without an answer, but now that they finally have hope, they can't afford his treatment. The death of their firstborn with the same symptoms is making them even more worried about Gowtham.

Ravanappa work as a daily wage labourer on others' farm. He is desperately in need of help. He managed to arrange 4 lakh rupees from his relatives and that amount itself is too much for him to repay. Gowtham needs the transplant this month.


They need 20 lakhs to save Gowtham but for these poor parents, it is not possible. Your contributions can help them save their child. Without your help, they won't be able to save him.
GS
Patient Gowtham Samhith is 7 months old, living in Bengaluru, Karnataka
AC
Being treated by Dr.Sagar in Aster CMI Hospital, Bengaluru, Karnataka