7-Month-Old Needs The Most Expensive Drug In The World To Beat Rare Genetic Condition | Milaap
Receive tax benefits by donating to this cause. 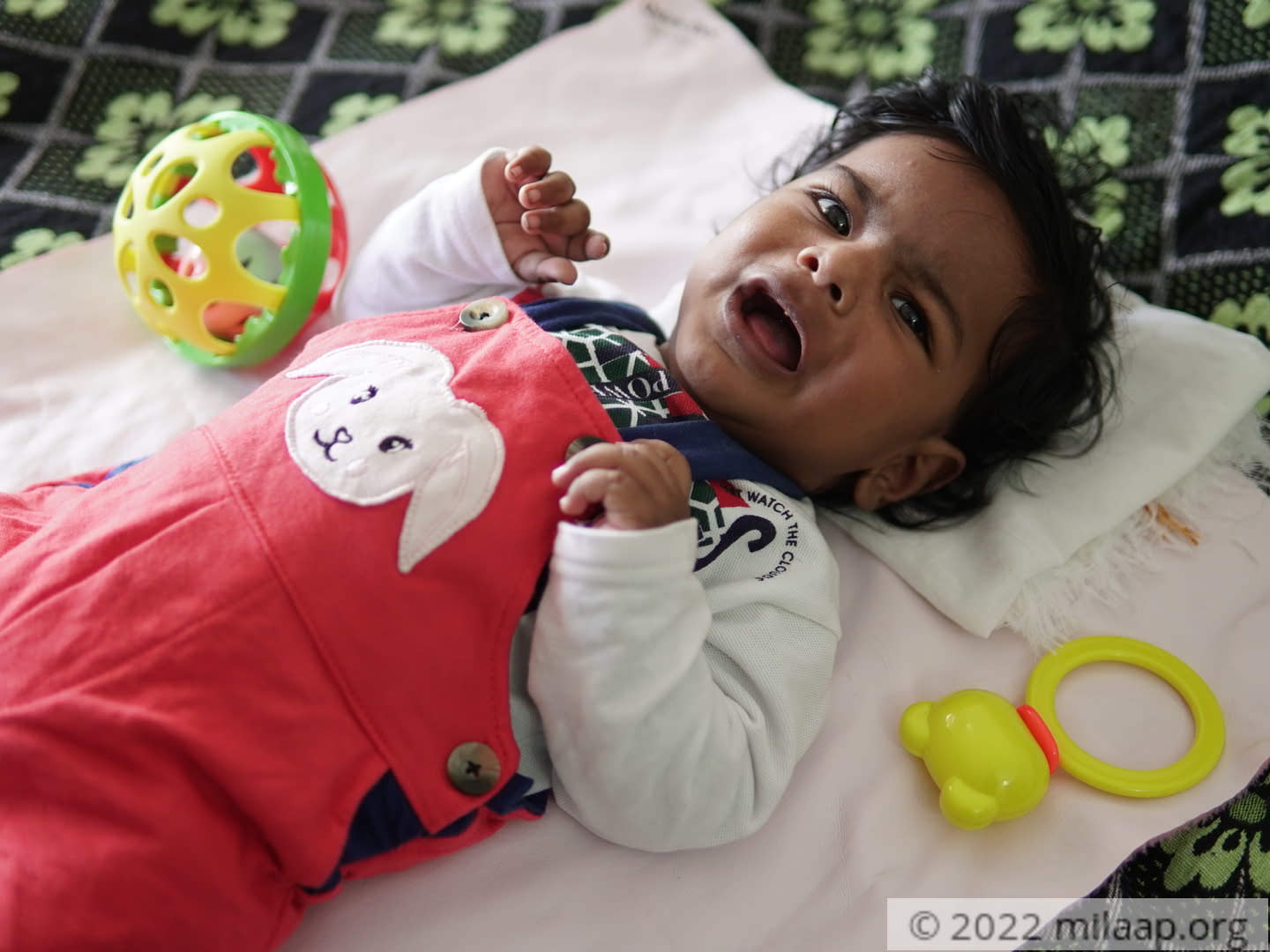 Share
Ever since they had found out they were expecting their twin babies, Andrews and Jenifer had been excited to embark on a new journey - parenthood. After what seemed like an eternity, their daughter, Fiona Divine, and son, Fiodor Davin arrived on a beautiful day in August 2021. All was great, and the couple was settling into their new role very well. But, it wasn’t long before they were faced with trouble.

It began around the time the twins turned 3 months old. Their parents noticed that while Fiona was actively achieving her milestones and starting to move about on her own, Fiodor was far behind.

“His movements were comparatively less than our daughter, and his motor functions weren’t developing on par to his age. He couldn’t move his arms or legs, or even lift his head. At one point, we realized he was having trouble swallowing while feeding. His breathing also was starting to get heavier. It worried us to no end. After consulting a few doctors, some who also confirmed our suspicions, we were advised to get a gene test...” - Andrews, father

“When the reports finally reached us, I had been so nervous, and my anxiety was through the roof! Little did I know that the worst was yet to come. They say one should never underestimate a parent’s instinct, and that's absolutely right. What we had feared had come true. Our baby was diagnosed with the rarest medical condition we could ever have thought of.” - Andrews, father

In late November, 5-month-old Fiodor was diagnosed with Spinal Muscular Atrophy type-1 (SMA), a genetic disorder affecting muscle function. It causes progressive loss of mobility, respiratory complications, and challenges in swallowing. Children with this condition do not usually live past 2 years of age. Fiona, who also underwent the gene test shortly after her brother, tested negative for SMA.

“The results were in our hands, but I was in utter disbelief. The doctors told us that our child was suffering from a rare genetic disorder. We were expectant that they would give us a solution - a cure. Instead, we heard the dreaded words - ‘This condition has no cure. We can’t do anything.” - Jenifer, mother

At 7-months-old, Fiodor cannot move his hands or his legs much, and he hasn’t developed any stability with his neck movements. He can’t sit up, nor can he roll over. His breathing has been affected, and although he has to be breastfed, he has trouble swallowing. Without timely treatment, this condition could worsen and eventually claim Fiodor’s life.

“This condition is claiming my child’s life and we couldn't just sit back and do nothing. My husband started researching and talking to people. We found out about Bharathi and Mithra, and the 16 crore rupee medicine that saved them, and that gave us hope. We wasted no time and started a fundraising campaign. We wish that you will come forward to support us and our baby, Fiodor, just as you have these other children who are now enjoying a second lease on life…” - Jenifer

A one-time gene therapy called Zolgensma is Fiodor’s only option at treatment, but it costs INR 16 crores, an exorbitant sum that is far beyond his parents’ means. Andrews works as a private employee, and though he’s been able to give his family a comfortable life with his decent income all these years, it will never be enough to cover his son’s medical bills.


Fiodor needs your help now more than ever. This drug needs to be accessible to him as soon as possible, and he is short on time. INR 16 crores is a huge sum, but if we all come together to chip in an amount within our capacity and spread the word, it is not out of reach. You can give Fiodor an SMA-free life.
FD
Patient Fiodor Davin is 7 months old, living in Chennai, Tamil Nadu
BH
Being treated in Baptist Hospital, Bengaluru, Karnataka