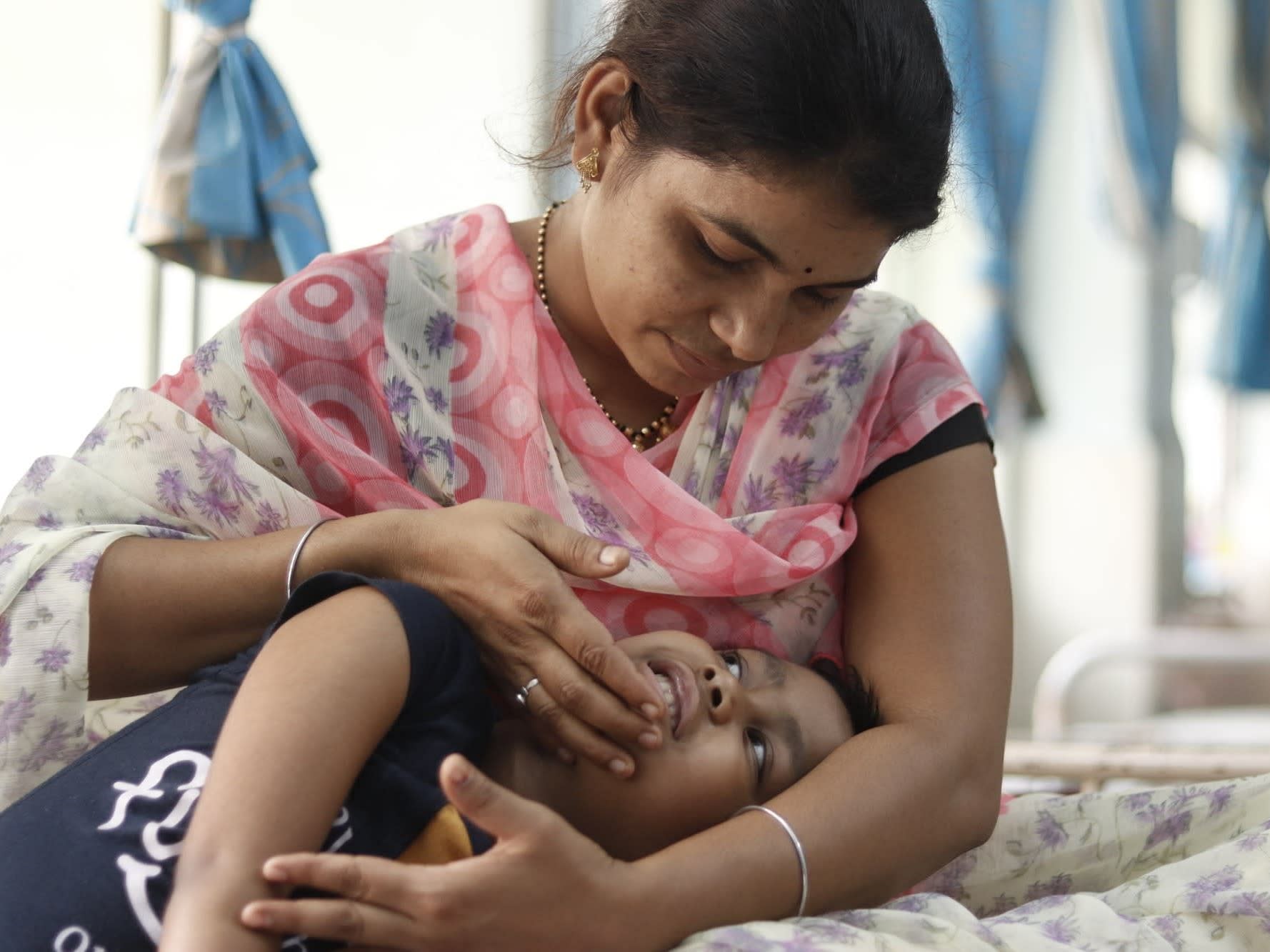 "I feel so alone. I’ve been staying here in Nagpur for Divija’s treatment, away from my husband, away from my family, since 2016. For 2 years she battled cancer, losing weight, losing her hair, suffering the pain of chemotherapy every week, before she was declared cancer-free. And then it relapsed.
Ever since then, I’ve just been watching cancer slowly take more and more of my daughter, all over again. I feel like I’m trapped in a repeating-nightmare. And if I feel like this, my poor daughter must be feeling a hundred times worse!"
— Nikita, Divija's mother 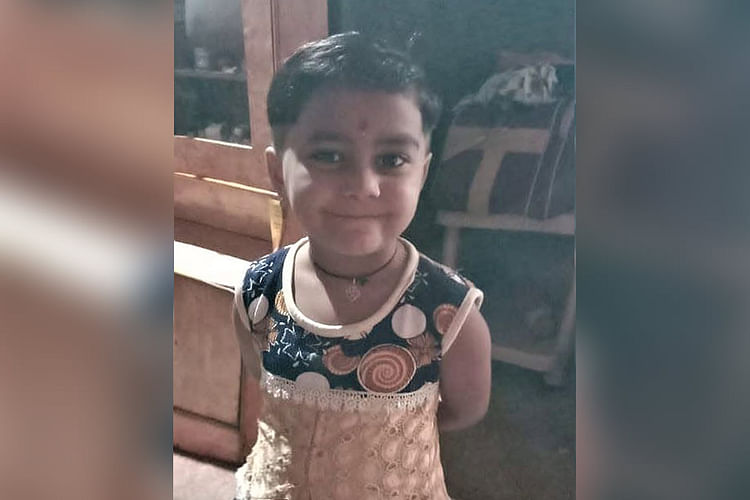 Divija was just 2 years old when she got a fever that wouldn’t go down. For weeks her poor parents took her from one clinic to another, hoping to ease their newborn’s discomfort.

“She would cry all the time, and it would just break my heart. But we’re from a village and there aren’t many clinics around here, so we’d been quite desperate when one doctor said we should take Divi to Nagpur. By the time we reached there hours later, the fever was so bad she was almost unconscious. They quickly ran all kinds of tests, and... That’s when we found out our Divija has cancer.” 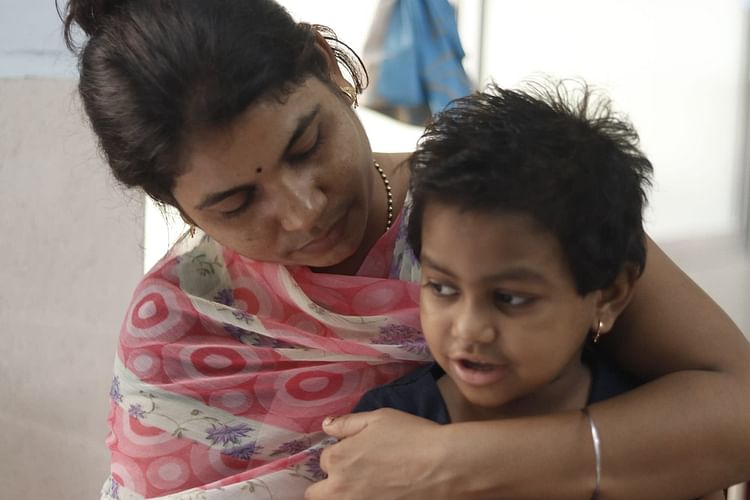 She would do anything to save her daughter

Pradeep and Nikita were told that their daughter needed urgent chemotherapy, once a week at the very least, on top of multiple medications and frequent check-ups. With their village being too far away, and Pradeep needing to continue working to afford all these expenses, this young mother made the difficult decision to live separately in a new city. She wanted to save her daughter’s life.

“There was no choice. I wanted Divi to have the best chance of survival. So even though I was scared, I told Pradeep everything would be okay, and moved to Nagpur. We took a small room here, and nearly every day I walk 30mins to and from the hospital, carrying my daughter in my arms, for her chemo and checkups.” 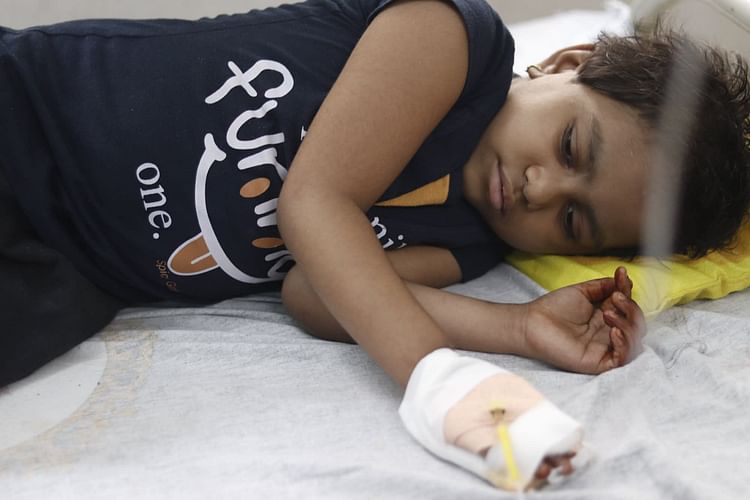 A bone marrow transplant is her only cure now

Divija has t-cell acute lymphoblastic leukemia, one of the most aggressive blood cancers in the world. For a long time these parents asked god and the universe why their daughter was being punished like this. Eventually, they decided the reason didn’t matter, only that they save her. They did succeed once, but the cancer was too strong, and relapsed. They’ve been trying to fight it again the same way they did before, but this time only a bone marrow transplant can save Divija. The cancer needs to be removed at the root, so this little girl can start producing healthy blood. 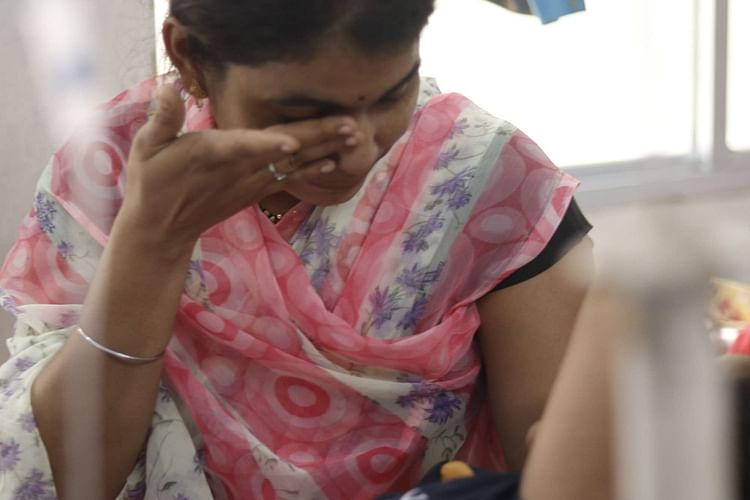 Her husband is a farmer, she knows he can never afford a BMT

“Pradeep sends what money he can, whenever he can, but it’s been a struggle to just afford our day-to-day expenses after buying all the medicines Divi needs. My husband doesn’t know this but there have been times when I didn’t eat anything for days on end, because there was only enough to buy food for Divi. He doesn’t know about the BMT either. I don’t know how to tell him the only thing that can save our daughter is something he’ll never be able to afford. It’ll break his heart, and he’s already so depressed. He calls 3 times a day, asking how she is, what the doctors are saying. I don’t know what to do.”

These parents are at the end of their rope. Their daughter’s cancer has relapsed, and they don’t know how to save her this time. You can help by clicking here to donate.
DA
Patient Divija Amzare is 5 years old, living in Nagpur, Maharashtra
NN
Being treated in NCI Nagpur, Nagpur, Maharashtra

Receiving treatment for T Cell ALL