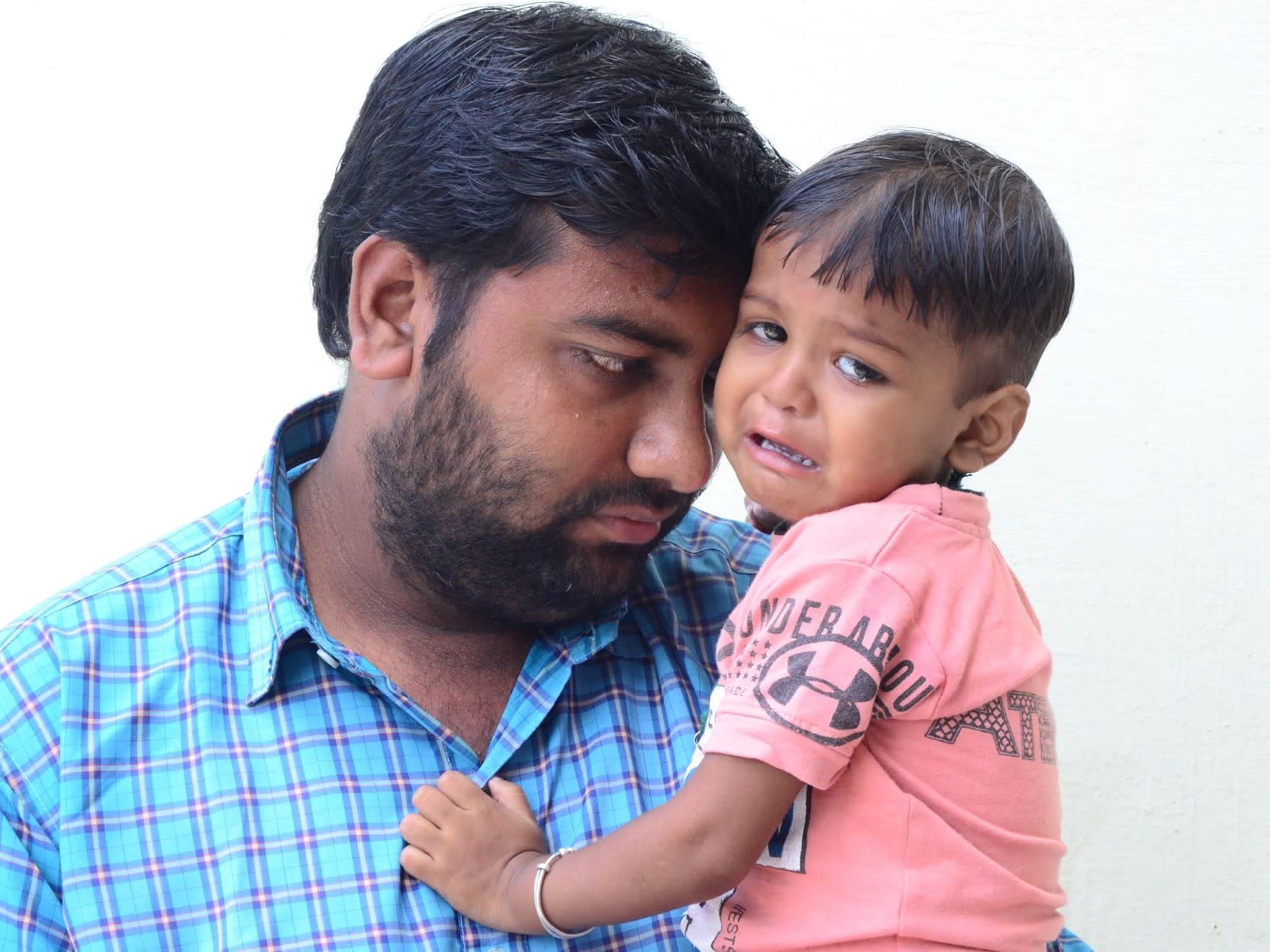 "His disease has caused so many ulcers inside him. They’re dissolving his internal organs, leaving my poor baby in crippling pain all the time! He’s losing so much weight that with each passing day he’s getting smaller and smaller instead of growing like a normal baby.
It’s like the disease is eating him up from the inside! I’m terrified that... that soon there’ll be nothing left of him at all. Only a bone marrow transplant can save his life, but... I'm just a teacher, I can't afford this..."
— Mukund, Devin’s father 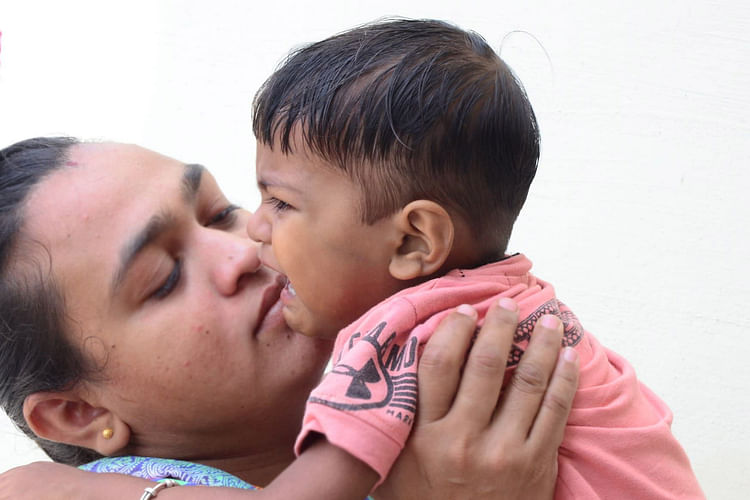 Mukund and Malti first noticed unusual weight-loss in their son when he was just a toddler. Devin's appetite had suddenly slowed down, and he seemed to be getting weaker by the day no matter what they did. These desperate parents knew something was really wrong when Devin started having repeated and excessive bloody stools.

“We were so terrified, but also confused. We took him to nearly 10 doctors in our town, but nobody was able to tell us what was happening or why he was suffering like that. Finally we took him to a nearby city, and got him admitted in a hospital there.” — Malti, mother 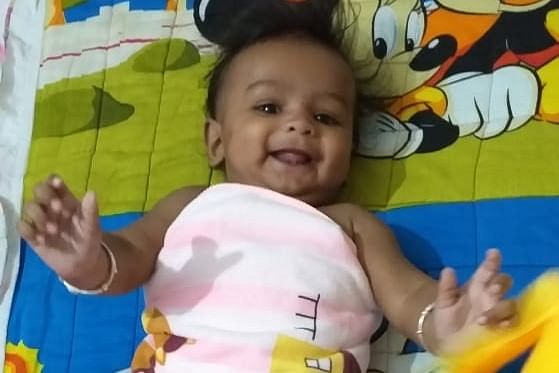 Little Devin had been a happy baby at birth

They didn’t expect to hear that their newborn was dying

“By the time we reached there, he was already extremely weak. He was barely feeding at this point, and what little he did take in would just lead to more bloody stools. The doctors did everything to diagnose him; they did scans, they inserted a tube with a camera into his body, they even plucked out pieces of his insides so they could run even more tests! Finally we got the diagnosis that Devin has some rare disease, and that it could easily kill him! We were stunned... How could a baby be facing death?” — Mukund 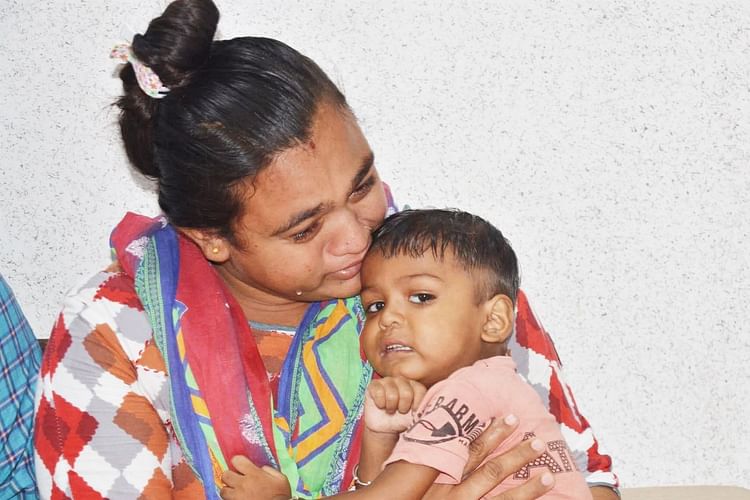 They thought he was cured, but he’s in more pain than ever

Once his disease was finally diagnosed, Mukund and Malti wasted no time in doing whatever their doctor asked of them. They gave him all the prescribed medications, took him to every single follow-up visit without missing even one, admitted him in the hospital as and when the doctor said it was needed. After a couple of months, Devin was seemingly cured. But a few months ago he started having constant infections, and that same weakness as before, the same lack of appetite, and the bloody diarrhea.

"The ulcers are new, though. He’s in pain all the time now, and no matter how much he screams and cries, he’s unable to do anything about it! The worst feeling is when he looks at us as if he doesn’t understand why his mom and dad are just letting him continue suffering. How do I explain to a 2-year-old that his parents are too poor to save his life?!” — Malti 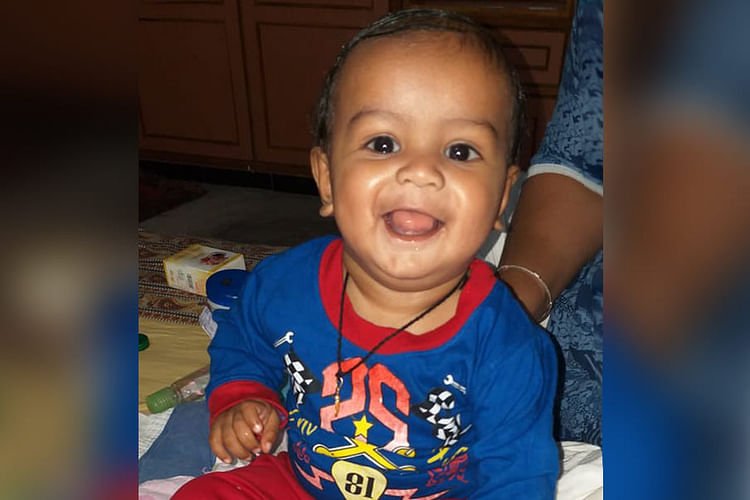 If he doesn’t get an urgent transplant, he will not make it

Devin needs a bone marrow transplant as soon as possible. With the ulcers eating him up from the inside out and the bloody diarrhea, it’s a miracle that this little one is still alive.

“I’m just a teacher, you can imagine how little money I make. But that shouldn’t be the cause of my baby’s death! He doesn't have much time left, there's no way I can raise the amount needed for the transplant! I’ve already spent 8 lakhs over the past year for Devin, all from loans. You’re my only hope now! Please donate and stop his suffering...” — Mukund