These Parents Waited 8 Years For Their 'Miracle' Baby, Now They Could Lose 8-Month-Old To Deadly Infection | Milaap
Receive tax benefits by donating to this cause.

These Parents Waited 8 Years For Their 'Miracle' Baby, Now They Could Lose 8-Month-Old To Deadly Infection 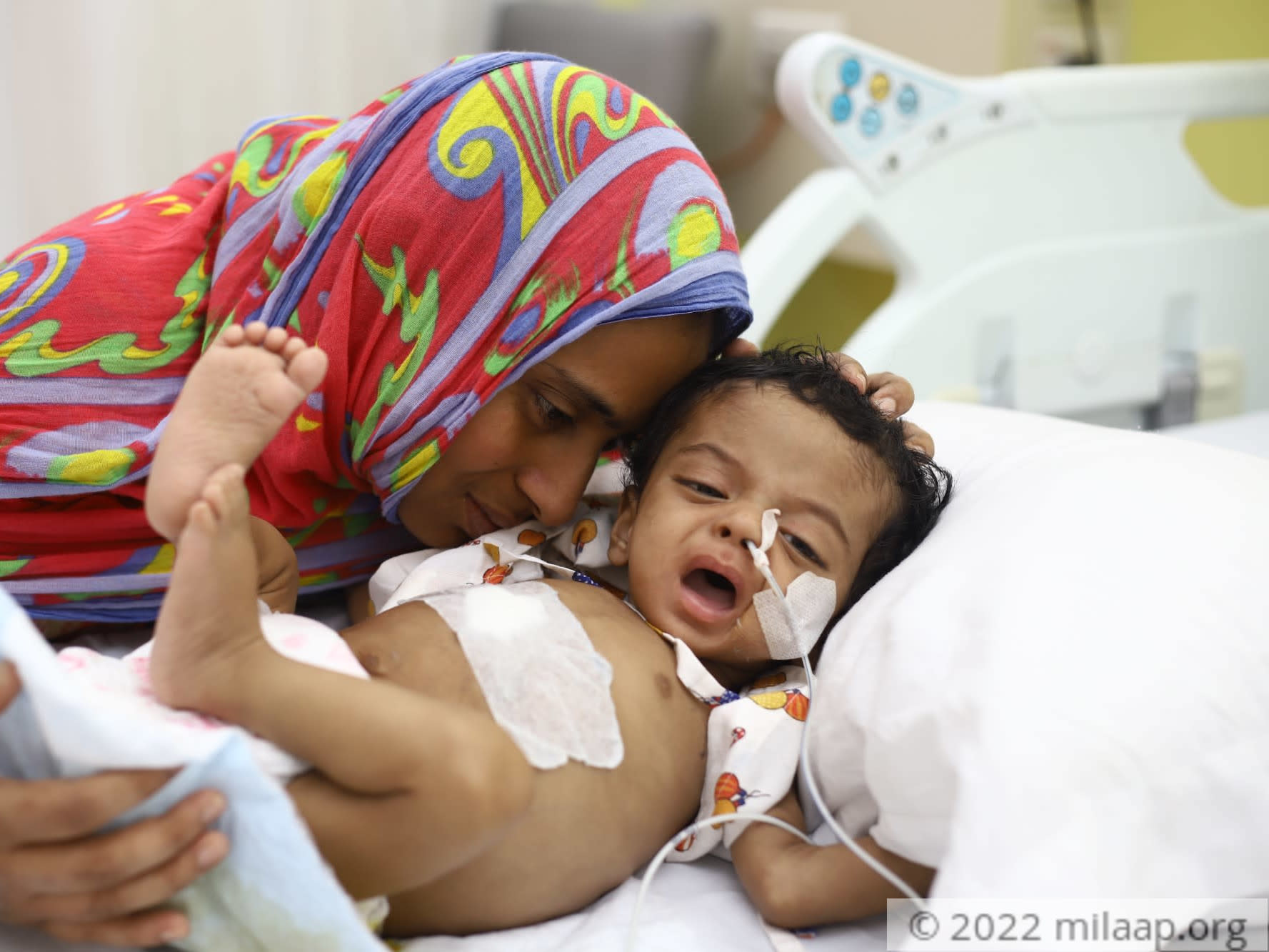 “He was born to us after 8 years of marriage. I have not held him in months. Not stroked his hair or caressed his face. I can only watch him from a distance. I cannot control my tears when I see the deep stitch on his tummy. It reminds me of worse days… days where we thought he may not survive.” - Arsi Nigar, mother.

This little one has been suffering since birth

When Baby Daud was born, his whole family, including distant relatives, were overjoyed as he was born to his parents after years of prayers and offerings. But, never in their wildest dreams did his parents, Rizwan and Arsi, imagine that they would stand to lose their ‘miracle’ baby within a few months of being with him.

“He got jaundice within a few days of his birth and was yellow all over. His condition kept worsening.  He could not eat and had difficulty passing stools. We thought of nothing else but saving him. Little did we know he could land in danger again…after the surgery.”- Arsi, tearfully.

This farmer sold everything he possessed, but it is not enough to save his son

When doctors told Rizwan that his little boy had no chance at a normal life without undergoing a liver transplant, he did not think twice about selling his land, and eventually his tractor - essentials to his farming trade. He knew he would have difficulty earning his bread, but his son’s life was more important than these anxieties.

“I have done my very best as a father. I have sold everything that I possessed and have nothing left now. But even that is not enough to save my son. Please help me, I am begging you.”- Rizwan, father.

These parents are living on their last paisa, in the hospital ward. They are in a city they do not call home. They need your urgent help in saving their child before it is too late. Click here to contribute.
DK
Patient Daud Khan is 4 months old, living in New Delhi, Delhi
M
Being treated in Medanta, Gurugram, Haryana