Even After A Dangerous Brain Surgery, This 4-Year-Old's Cancer Is Trying To Kill Him | Milaap
loans added to your basket
Total : 0
Pay Now

You are sending a message to
Aarthi Ganesh
Go back

Even After A Dangerous Brain Surgery, This 4-Year-Old's Cancer Is Trying To Kill Him 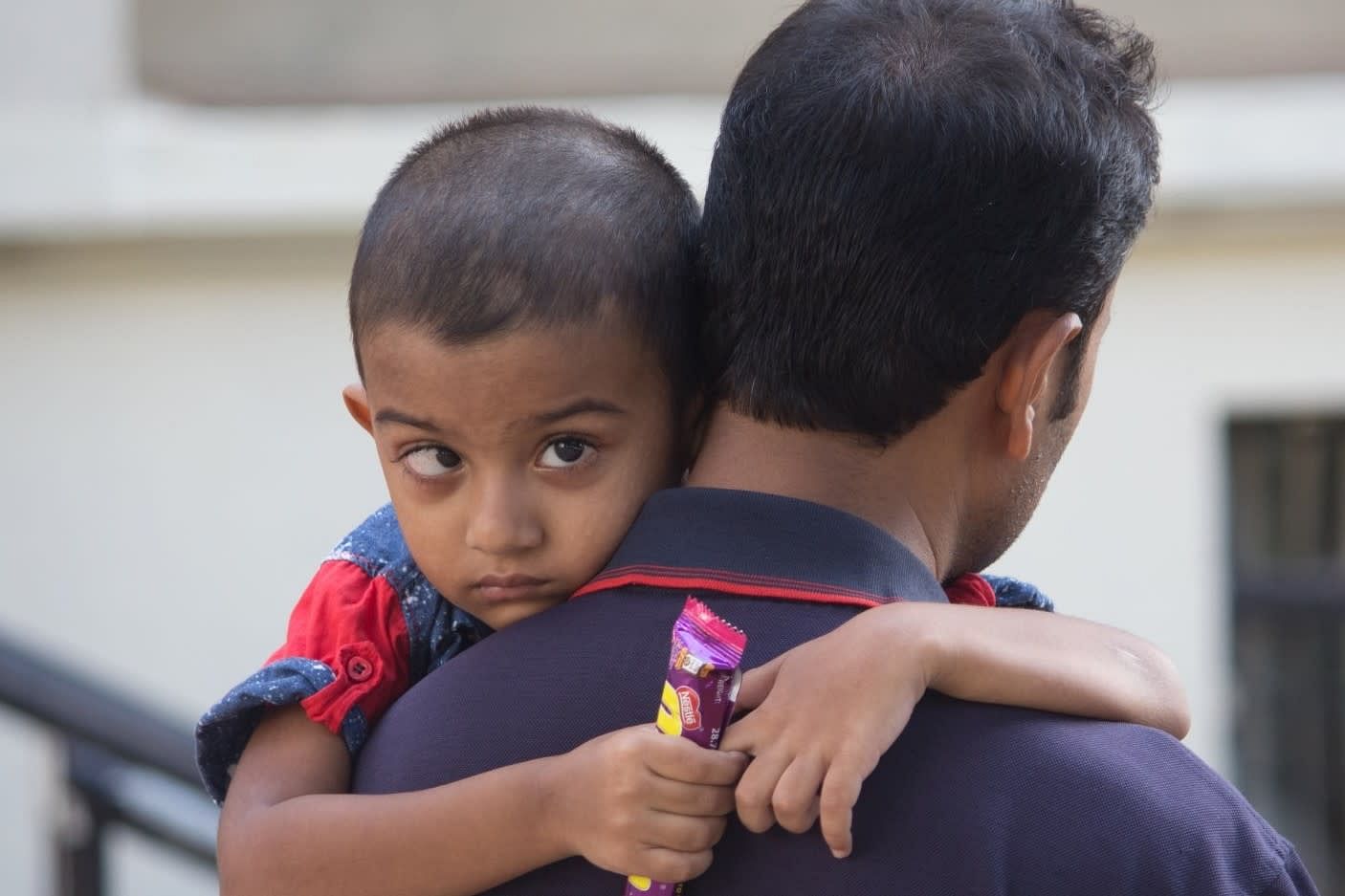 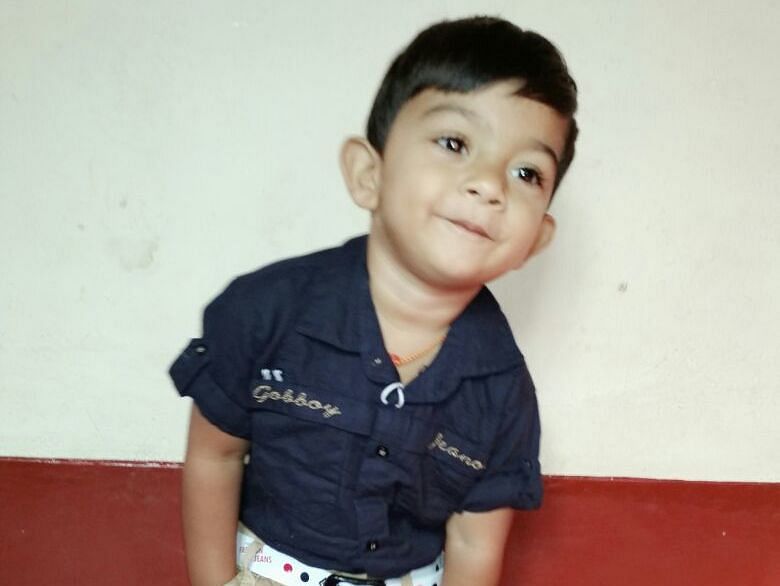 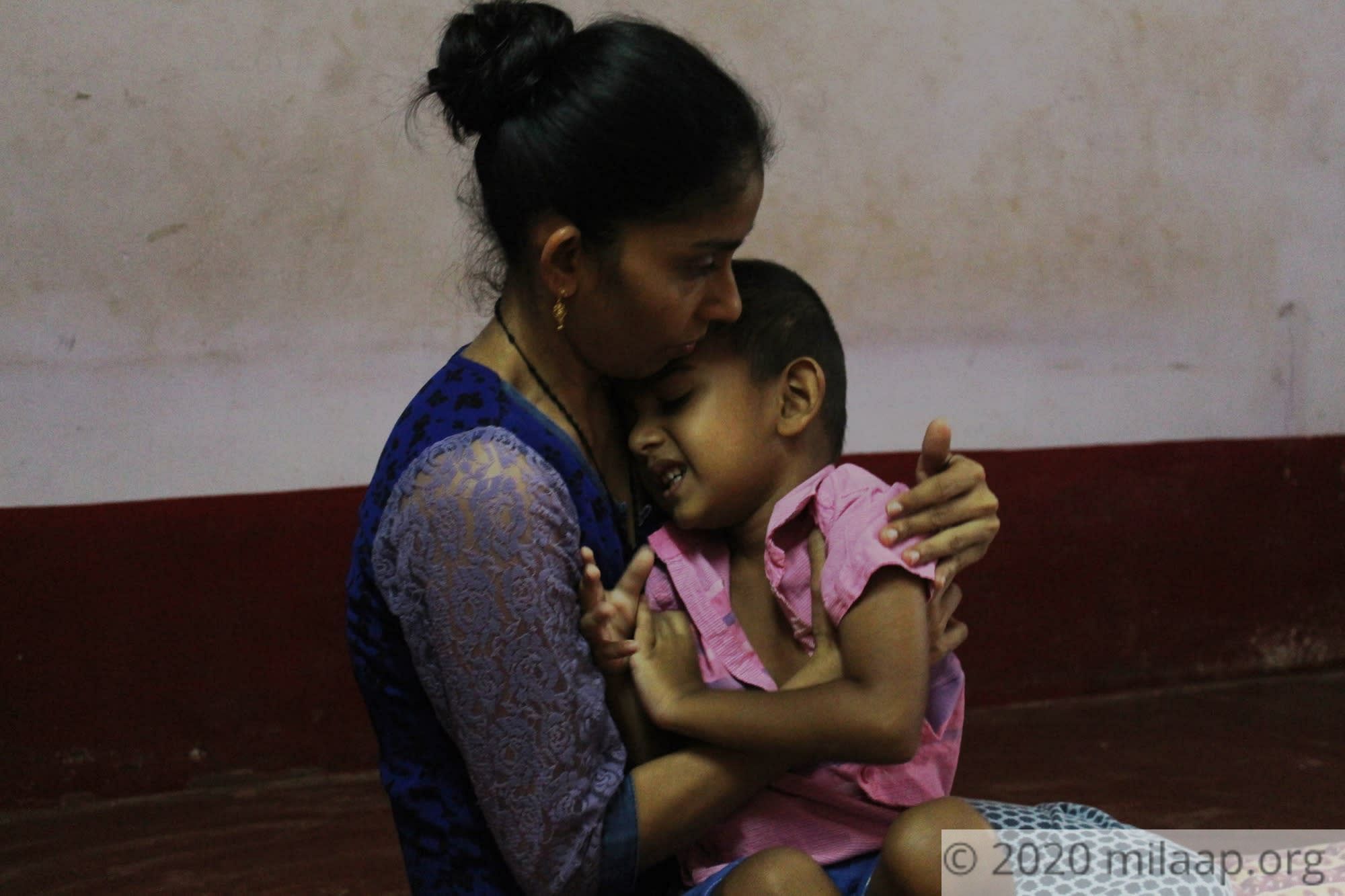 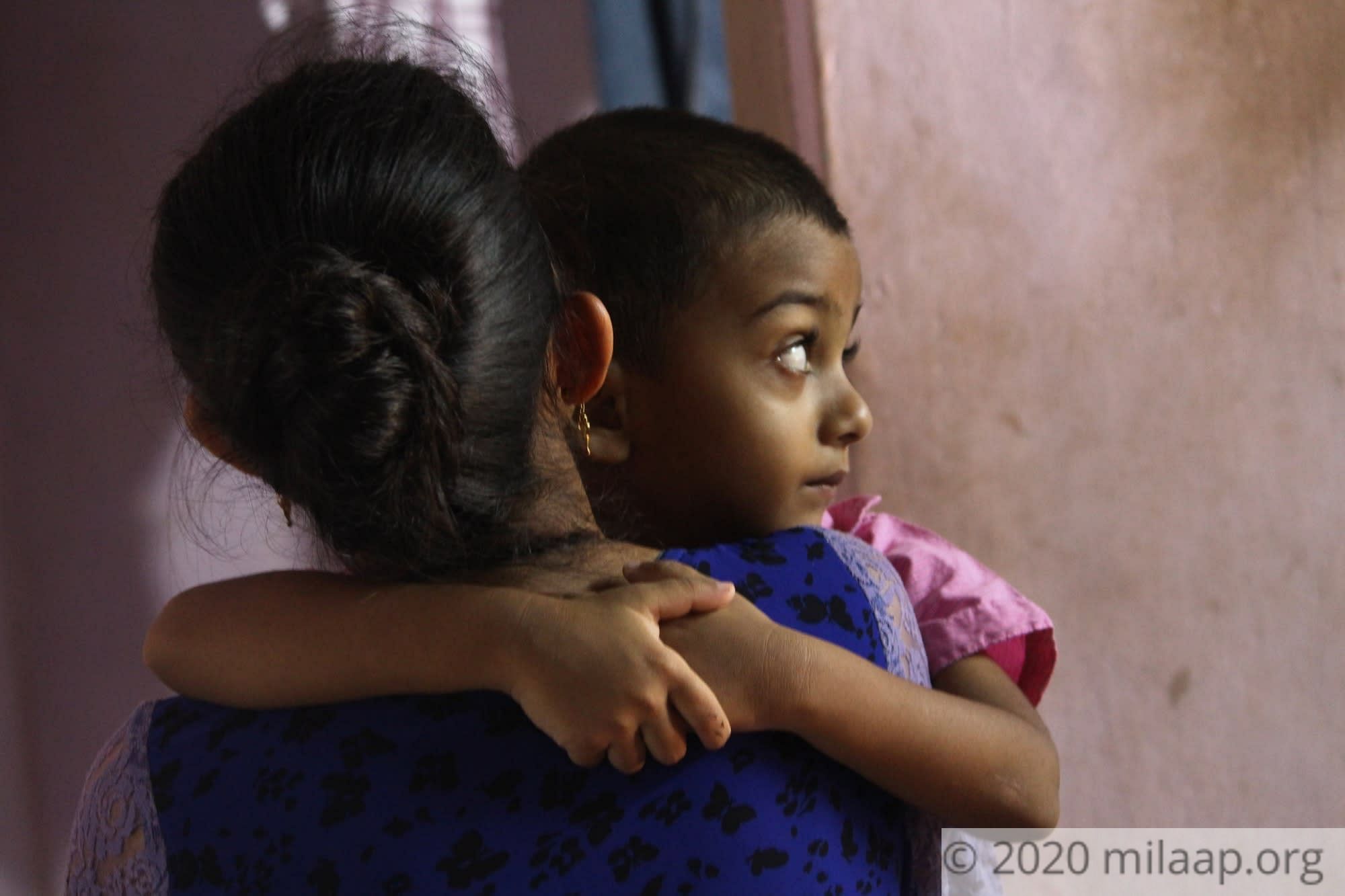 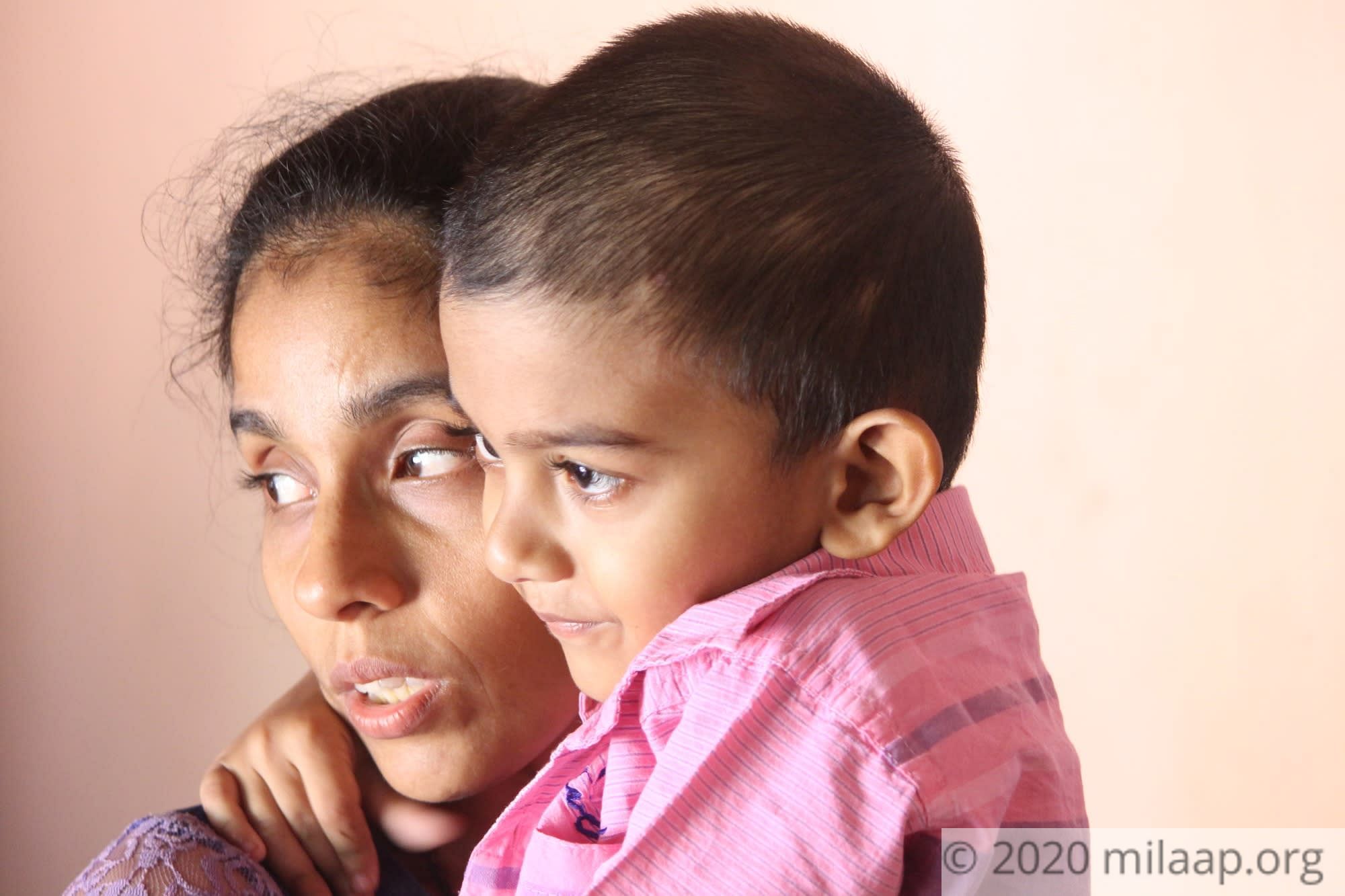 “My husband fainted and fell on the floor, when he heard what the doctors told us. I just stood there, rooted to the ground. I wish I had fainted too… and that, I hadn't heard a thing… We were shocked, devastated, and very afraid!” – Sumitra, mother.

4-year-old Criston had just started going to school. He was a hyper-active kid, who loved running around in the park, stuffing his mouth with chocolates. He’d climb gates and walls without blinking an eye. But now, it’s been weeks since he has walked. He can’t see with his right eye anymore, and he can’t stand the sight of food. His brain tumor has changed his life, and he continues to battle it.

His bouts of vomiting, and severe stomach pain were repeatedly misdiagnosed as gastritis

“He loved food! Every time we crossed a pani puri stall, he would beg for us to stop and gobble them up one after the other. So, when he first started vomiting, we thought it was because of the food. He complained of a stomach ache too and we gave him the medicines prescribed for gastritis. But, days went by and he vomited more and more. He started feeling dizzy, and couldn't sit up. Doctors suggested an MRI scan ” – Jeevan, father.

“When the results came, we knew something was wrong. The doctor refused to tell us anything, and just asked us to hurry to a neurosurgeon. When we were finally told he had a brain tumor, we died within! And it was stage 4! How did it come to this so fast?” – Sumitra.

The parents were told that he could be saved only if he had a surgery in the next two days. Criston underwent the surgery and 90% of his tumor was removed. After a week’s stay in the ICU, and a month’s stay in the hospital, he was finally discharged.

A month after his surgery, he is still struggling to walk on his own…

“The one month’s stay in the hospital sucked the life out of him. He screamed all the time, and cried so much. Blood tests, transfusions, injections – he’s covered with punctures all over. How can a 4-year-old take so much pain? He can’t walk, can’t eat; and his right eye is now crossed. He survived the surgery, yes… but his struggles haven’t ended…” - Jeevan.

Following the surgery, Criston now needs radiation therapy for a month, followed by 6 sessions of chemotherapy. The treatment will cost them 8 lakhs, but the parents can’t afford it. Jeevan worked as a waiter in a small hotel. But ever since Criston was diagnosed with cancer, he hasn’t been able to go for work. So far, he has spent up to 4 lakhs, and has debts all around. He can't afford one rupee more, and is helpless.

“He is our only son! Who would have guessed that such a bright boy could be suffering from a stage four brain-tumor? He needs to live… He needs to be alright! Help us, please...” – Jeevan.

Little Criston has bravely fought his battles so far. With a little help from you, he can recover completely. 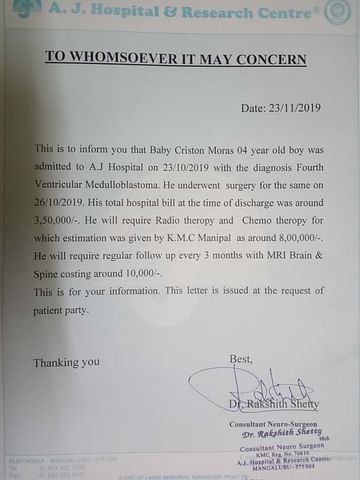 Click here to know more about Criston mores
Donate now
OR
Click here to read the instructions before you make a bank transfer.

VINOTH RM1,000
710 others have contributed
Click here to know more about Criston mores

Donated to this campaign via Bank transfer/QR Code? Click here if you can’t find your donation listed below.
St
Sandeep donated A$500

May Allah give you strength and health. Get well soon!