This 1-Year-Old Wakes Up In A Tangle Of Tubes And Needles Every Day | Milaap
loans added to your basket
Total : 0
Pay Now 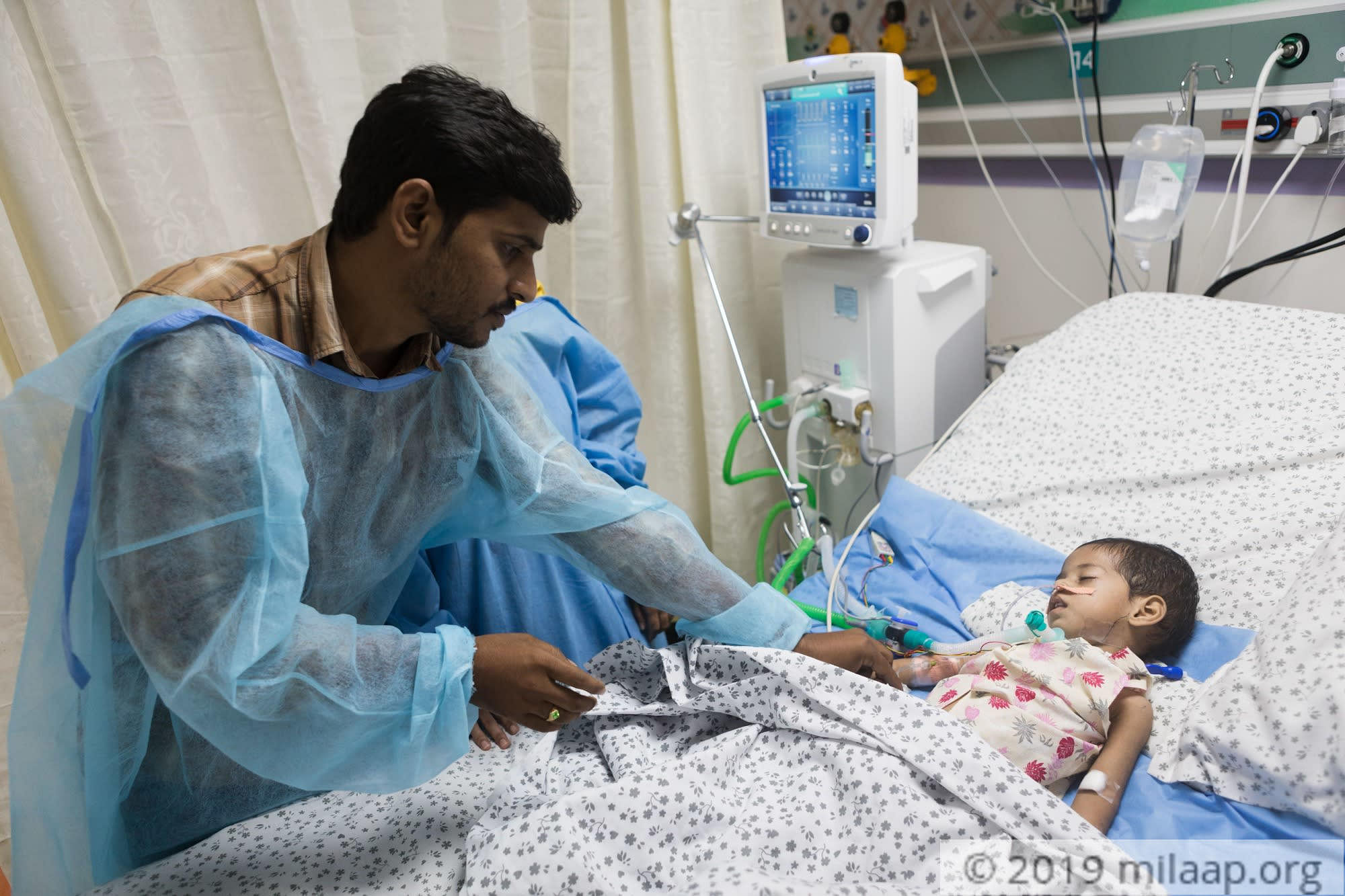 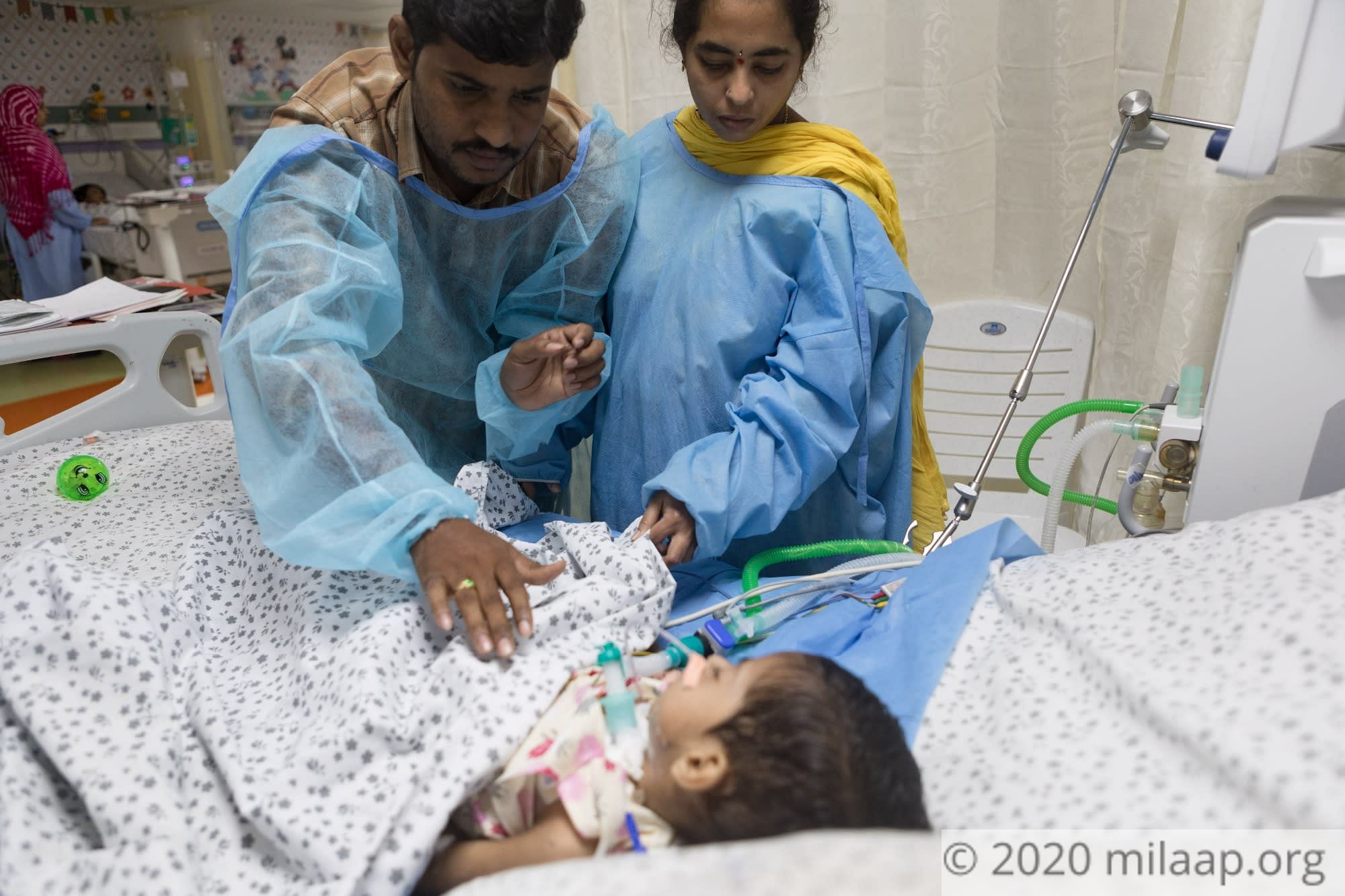 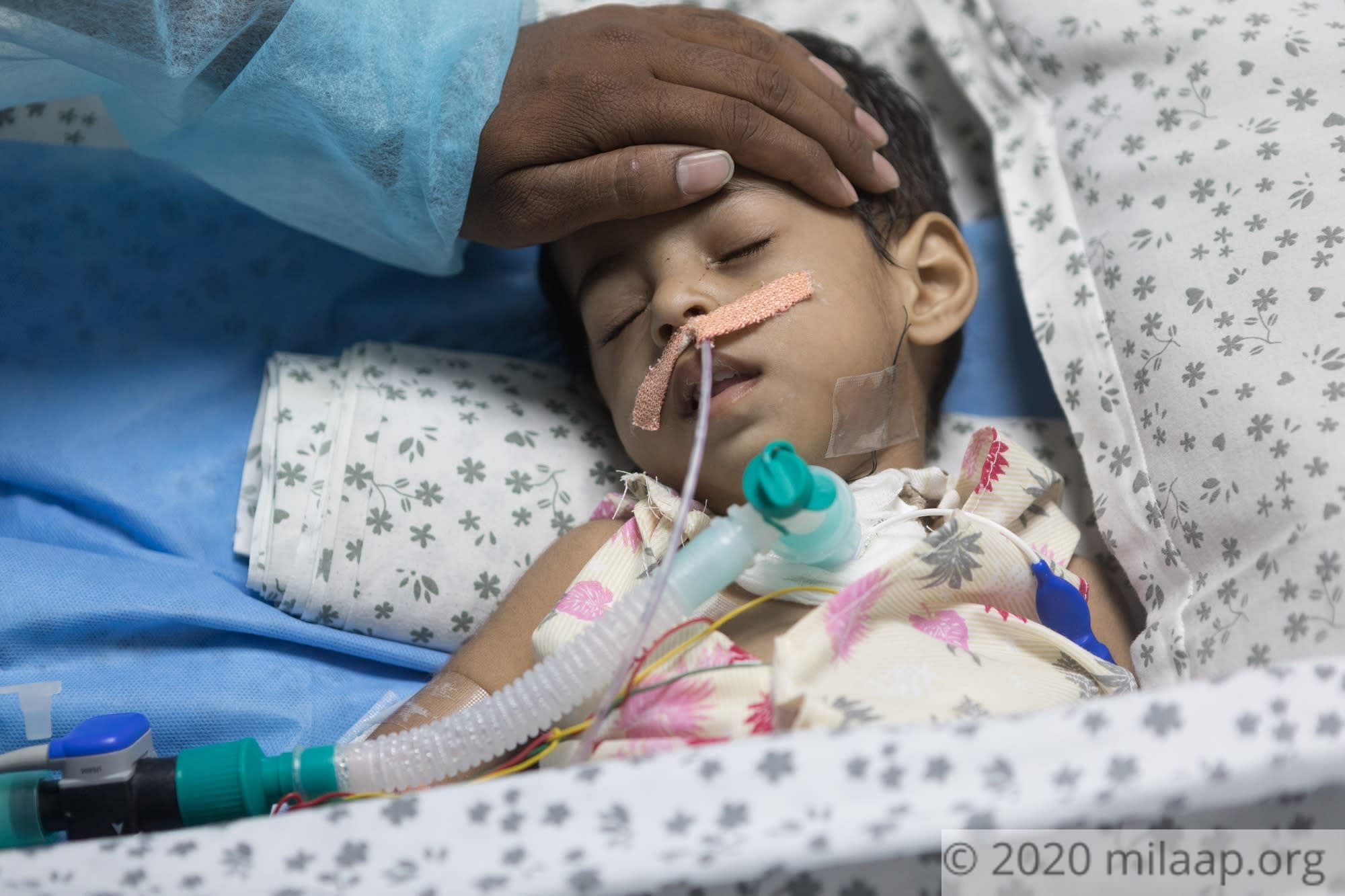 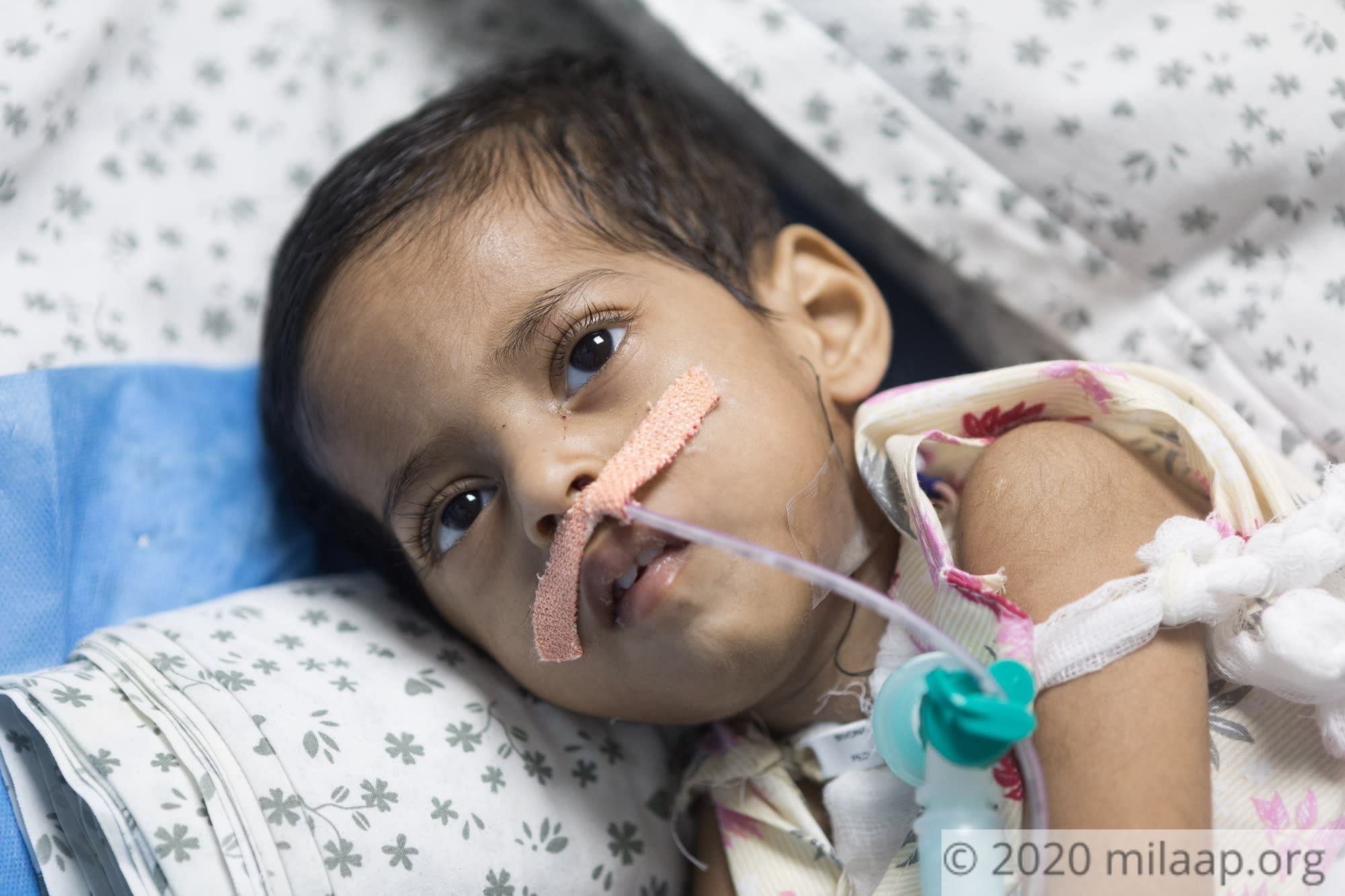 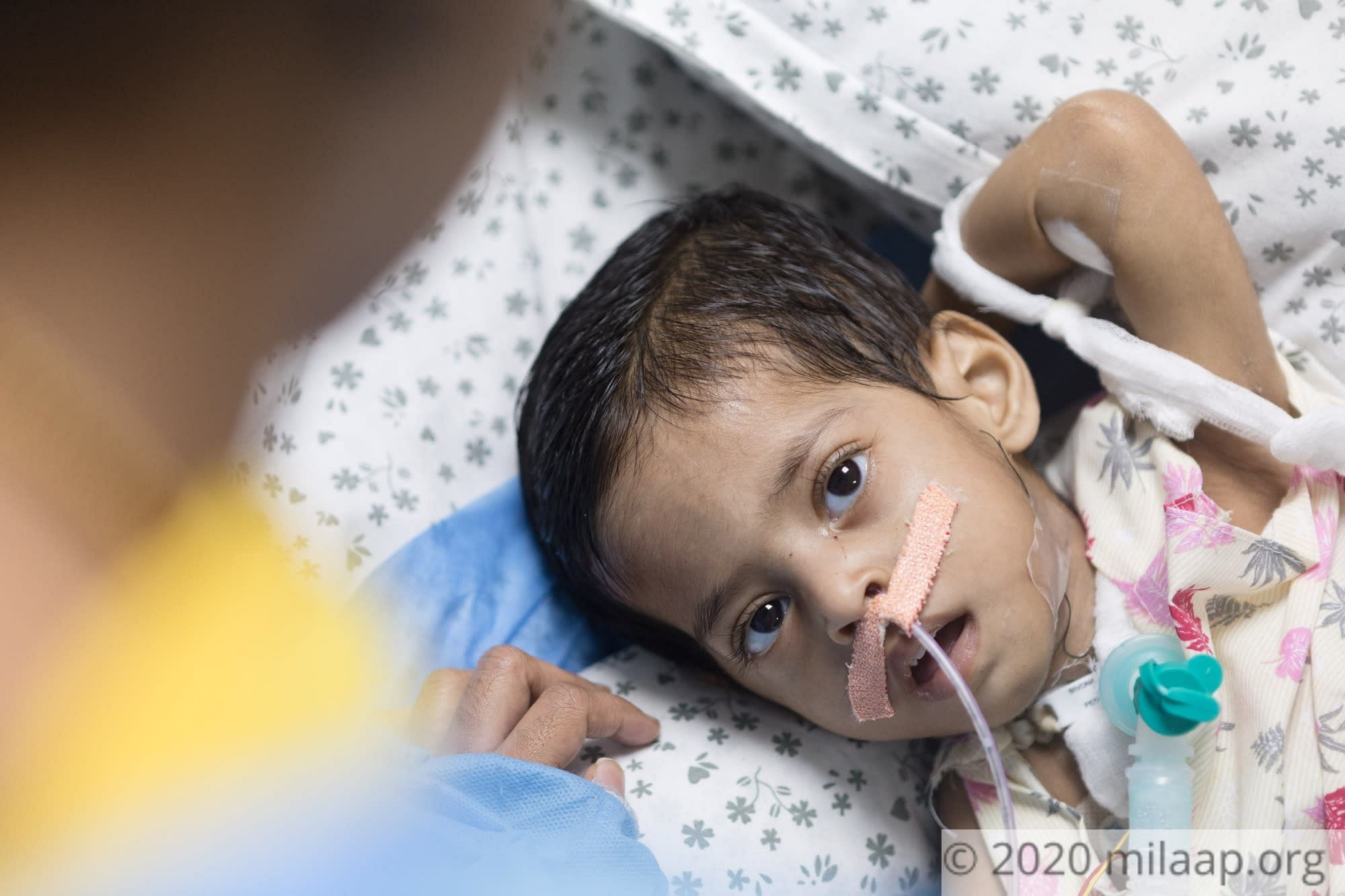 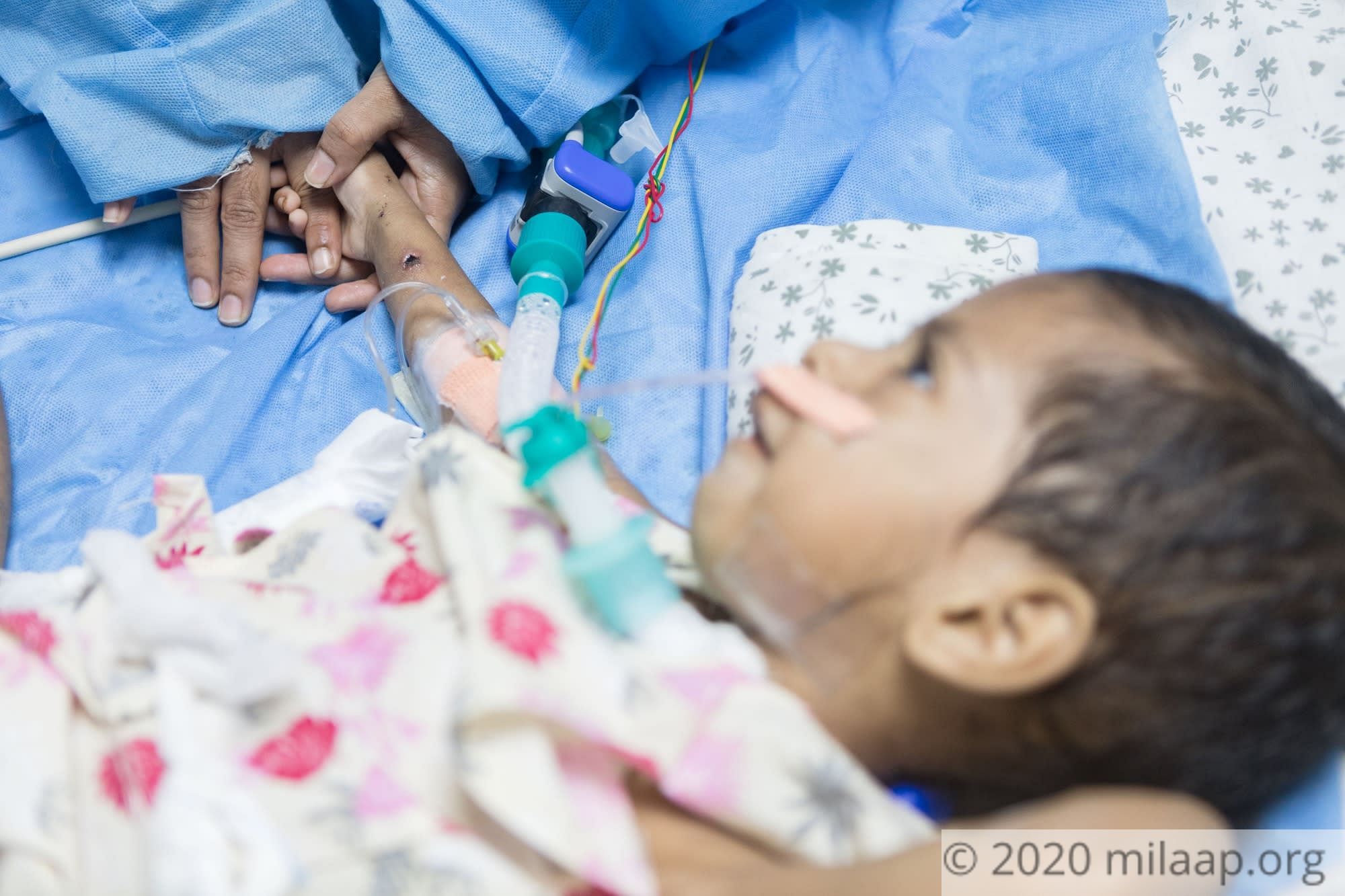 Share on facebook
Little Charvik has woken up after weeks to find himself in the hospital, needles piercing his arms and pipes going into his nose. He starts crying bitterly especially when he sees his parents. They might try their best to reassure him, but they can’t rescue him from this place. His father or his mother may always be right outside his room in the ICU, but he is still scared and lonely when he wakes up.


One-year-old Charvik has been in the ICU for the last 20 days due to pneumonia. The complication was caused to a genetic condition he was born with. The oxygen level in his blood became dangerously low. Even though his parents are very anxious, the doctors have assured them that he will make a complete recovery with treatment. His parents are desperate for help that will save their only child.

Charvik first fell sick with pneumonia when he was just 3-months old. That is when he was diagnosed with a rare genetic condition CAP myopathy – a general weakness of the muscles related to movement. The doctors assured his parents that with regular physiotherapy till age 3, he would become completely healthy. Diligently, his parents made sure he got the best physiotherapy. He was even learning to slowly walk. But the worst happened and Charvik caught a cold.

“When he first became sick, the doctor strictly told us to make sure he never caught a cold. His muscles are too weak to breathe during infection. But despite our precautions, he became sick when the weather changed. In two days, we had to rush him to the hospital because he couldn’t breathe. He is slowly getting better.” – Vinod.

Watching their child’s struggle is breaking these parents’ hearts

“He got a cold one day, and we had to take him to the hospital the next day. It took just one day for him to become so sick. He was doing so well before. Now, he is getting better again. He is aware of his surroundings. He is kicking and pulling out the ventillator pipes. We can’t bear this pain. He is sick and scared, and we have to force him to stay plugged to so many tubes.” – Vinod, Charvik’s father.

Only hope is not enough to save Charvik

Vinod works in a IT company and is the first person in the family with a ‘good job’ in the city. He takes care of his farmer parents back in his hometown and his child who has needed over Rs 25,000 every month for treatment. After 22 days of ICU treatment, he has exhausted his savings as well as his insurance cover. With Charvik’s life still in danger due to high carbon dioxide levels in his blood, he needs urgent help with funds for treatment.

“Especially because of his weakness, we were so thrilled when he first started held our finger and walked. At home, he is always the happiest and loves to be with both of us. In the evening, he waits next to the door for me, as I come back from office. His mother and I are praying he gets better soon.” – Vinod.

Charvik can be saved with some help

Charvik’s parents are very close to forever giving their weak child, a healthy, happy future, but only if they can save him now. Charvik is still sick and needs ICU support. His parents Vinod and Madhavi have unstintingly fought to keep him alive till now and needs just a little support.

Click here to know more about Bogolu Charvik Rishaan Reddy
Donate now
OR
Click here to read the instructions before you make a bank transfer.

We wish you get well soon from your surgery and recover well and sooner.

May God help your child ! Praying for your sone

Donated to this campaign via Bank transfer/QR Code? Click here if you can’t find your donation listed below.
VT
VishnuvardhanReddy donated Rs.25,000

We wish you get well soon from your surgery and recover well and sooner.

May God help your child ! Praying for your sone

Get well soon and come back home

Wish him a speedy recovery and God bless him